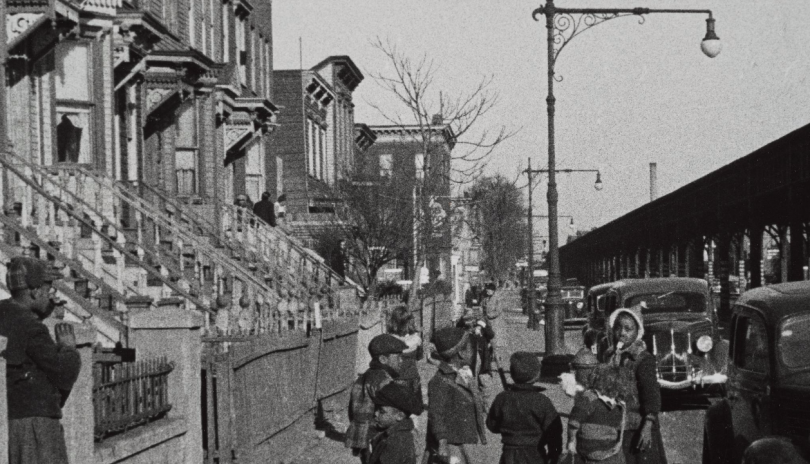 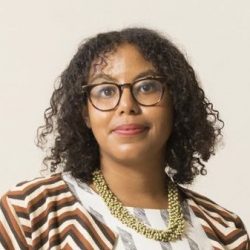 Paule Marshall, MacArthur and Guggenheim fellow and the author of such celebrated novels as The Chosen Place, the Timeless People and Praisesong for the Widow, passed away in August 2019, at the age of 90. When asked about writing a B-Sides essay in memoriam, Adrienne Brown unhesitatingly chose Marshall’s very first novel, Brown Girl, Brownstones.

The July 1960 issue of Esquire—dedicated to New York City—included consecutive essays by writers John Cheever and James Baldwin. “Moving Out” features Cheever grappling with his decision to leave the city for good; he ends by proclaiming himself “crazy about the suburbs.” Baldwin’s “Fifth Avenue, Uptown,” a sobering counterpoint, sketches contained and constricted black populations: “The people in Harlem know they are living there because white people do not think they are good enough to live anywhere else.” Baldwin focuses on Harlem’s ongoing stagnation, while Cheever frames himself as an urban “evacuee.”

Both Cheever’s and Baldwin’s cognitive maps, though, omit the small Brooklyn enclave of Barbadian immigrants that features in Paule Marshall’s remarkable first novel, Brown Girl, Brownstones (1959). Cheever and Baldwin depict New York as a place of stark divide; Marshall captures complex and confusing overlappings that collectively make and unmake her young black protagonist, Selina Boyce. Coming of age (like Marshall herself) as the daughter of Barbadian immigrants in the 1940s, Selina experiences a New York continually quivering under crisscrossed and ever-moving lines—lines of color but also of class, gender, nationality, sexuality, and age. Selina, with her family as both obstacle and resource, must learn to maneuver in this cat’s cradle.

I first read Brown Girl, Brownstones as a first-year PhD student. At 21, only a little older than Selina is at the novel’s end, I related to her desire to forge a self that was more than just reactively oppositional to the world of her upbringing. Selina eventually manages this by traveling to the Caribbean of her parent’s origin, a place she has never been. My own strategy was to turn my youthful alienations into intellectual pursuits. I arrived at graduate school wondering why the diverse lower-income suburb from which I hailed did not resemble those that Cheever loved and Baldwin reproached. While I felt a deep connection to Selina’s story, I was also surprised by all that Marshall’s novel of Barbadian immigrants had to teach me about the suburbs as a site reshaping race at mid-century. How did the tropes for describing the suburbs first emerge and what work did they do? Answering that question would prove central to my academic life.

Although the word suburb never appears in Brown Girl, Brownstones, the novel proves much better at evoking the longing that produced the suburbs than much of the literature actually set there. For one, Marshall renders white flight as something more akin to white haunting and hanging on. In an inversion of the creole Bertha Mason locked away upstairs in Jane Eyre, Selina’s family is haunted by the attic-dwelling Mary and her daughter, Maritze, remnants of the neighborhood’s earlier era of white occupation. (They are, however, “white” only when viewed against the dark backdrop of their Barbadian neighbors; in the eyes of the pedigreed and Protestant society members they once served, their ethnicity and their Catholicism had always constituted an insurmountable barrier.) 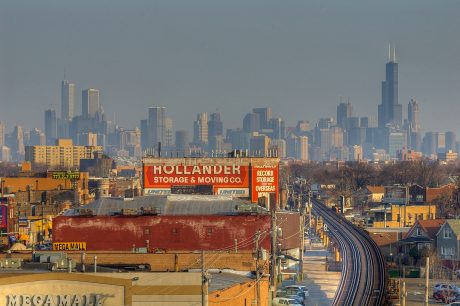 Toward the Black Girl Future

Maritze aims to secure her whiteness once and for all by purchasing one of the “inexpensive houses on Long Island,” to where “every decent white person’s moving away, getting out.” Even as the novel focuses on Selina’s coming into her own amid the hard and tender world of New York, it gestures toward how suburbia was remaking white womanhood.

What goes around comes around. As Selina grows up, it becomes increasingly ironic to her that the Barbadian families around her, despite being looked down on by the Maritzes of the world as “black foreign scum,” largely seek to replicate Maritze’s own formula for advancement. With the suburbs out of reach, members of her parent’s generation long to own homes in Crown Heights, exploiting African Americans as tenants in order to afford this prize. “We would like to do different,” Selina’s mother laments, “but the way things arrange we can’t, if not we lose out.”

Selina herself fiercely holds out for an alternative: “It was her own small truth that dimly envisioned a different world and a different way; a small belief—illusory and undefined still—which was slowly forming out of all she had lived.” The contours of that different world start to take shape as Selina enters college in Manhattan, where she encounters people and art unlike anything of her childhood.

Her hopes of challenging “the way things arrange,” though, soon collapse. After performing an inspired dance solo, Selina is cut down to size by the mother of a white classmate. Surprised to learn that Selina hails from Brooklyn rather than Harlem, the woman grills her about her Caribbean heritage before comparing Selina to a “girl” from the islands who once worked for her. The bitter Maritze of Selina’s childhood looked to the suburbs to attain whiteness. By contrast, this woman belittles Selina to assure herself of the remaining power her whiteness still wields in the city—even as her peers (think of Cheever) are rapidly leaving for greener pastures.

The ordinariness of Marshall’s young black lovers’ coming together and falling apart is part of what makes the novel feel so radiant.

As a grad student, I eagerly studied Marshall’s descriptions of the changing contours of whiteness at mid-century. However, Brown Girl, Brownstones is equally devoted to capturing the intricacies of black becoming within a largely black world. We first meet Selina and her family before the war, in 1939, as the “uniform red-brown stone” of their neighborhood’s homes belies the tumultuous conflict contained within this family’s specific residence. Selina and her sister weather the fierce battles waged between their elegant, idle, and increasingly broken father and their sharp-tongued, willful, and differently injured mother. Selina clings to her father while resisting “the mother” (as the novel refers to her), whom Selina simultaneously adores, identifies with, and loathes.

Marshall depicts Selina’s family members harming each other in unforgivable ways, injuries all the more painful because they come from a place of voracious love. The shocking sting of Selina’s interaction with her classmate’s mother comes late in the novel. By that juncture, she already feels so smothered by the world of her family and her block that she viscerally rejects its norms and desires without fully understanding the injuries and oppressions driving her community’s obsession with advancement. Only when she herself experiences this sort of racial injury can she glimpse how deeply that pain has maimed her own parents.

The hurtful alienation existing between Selina and her parents was (and remains) a marvel to me, a revelation. But the novel’s minor characters are equally memorable. The limping Miss Thompson and lustful Suggie guide Selina into womanhood; Selina’s childhood best friend, Beryl, never stops believing in her even as their worldviews increasingly diverge. Then there is Clive, the dreamy black bohemian painter with whom Selina has her first love affair. Writers at mid-century generally rendered black male bohemians as pitiful sellouts or farcically effete—see Amiri Baraka’s Dutchman (1964). But Marshall draws Clive just as richly as she depicts Selina. Disillusioned with “the whole pathetic Village scene,” Clive suffers from “seeing things in my mind that I can’t get down right on canvas.”

Of course, as idle and sad bohemians are wont to do, Clive ultimately breaks Selina’s heart. But he loves Selina without jealousy or violence for all that she is. This is not the tortured love of Janie Crawford—in Zora Neale Hurston’s Their Eyes Were Watching God (1937)—or the melancholic toleration of Gwendolyn Brooks’s Maud Martha (1953). Clive and Selina’s love fizzles out because he doesn’t know how to give her what she wants, and she doesn’t yet know what that is, exactly. But the ordinariness of these young black lovers’ coming together and falling apart is part of what makes the novel feel so radiant. 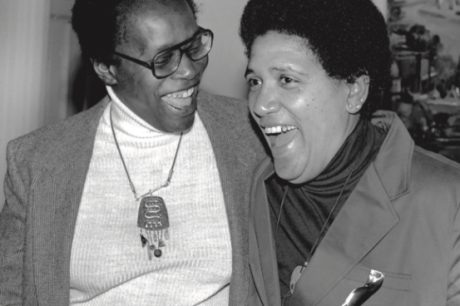 From “Sister Love: The Letters of Audre Lorde...

Like Toni Morrison nearly a decade later, Paule Marshall penned her debut novel at night, fitting it in around a day job—Marshall’s was as a magazine writer. But the first books of these two writers, while both about black girlhood in America, could not be more different. The marigolds refused to grow in Morrison’s The Bluest Eye (1970). Where Morrison depicts a black girl dreadfully longing for the alleged beauty of whiteness, Marshall’s protagonist leaves the US to seek an alternative to its deadlocked cycles of racial injury.

We need both of these portraits, and many more. Brown girls can navel-gaze, find themselves through modern dance, and fall in love with dashingly wounded painters. Brown Girl, Brownstones proved that such journeys—so precious to their protagonists, yet so everyday, so ordinary—had a vital place in the black experience. Even if they weren’t yet marked on anyone else’s map. 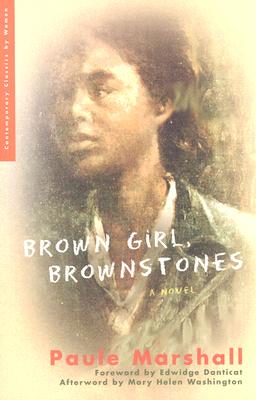