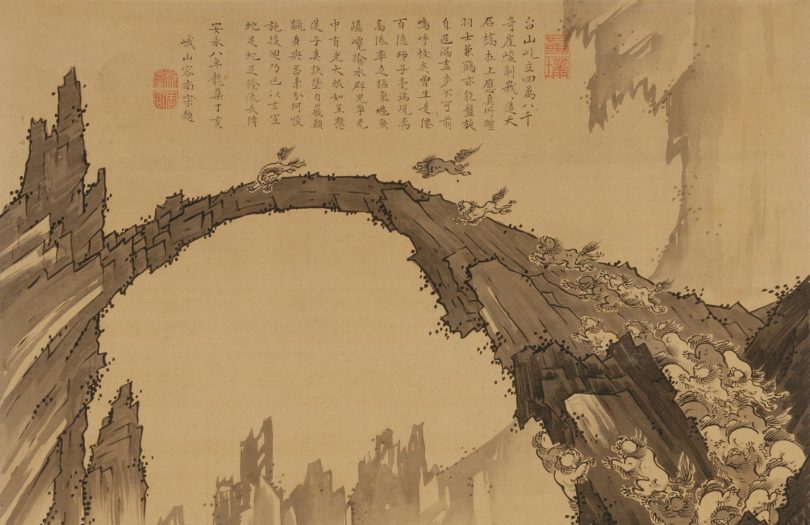 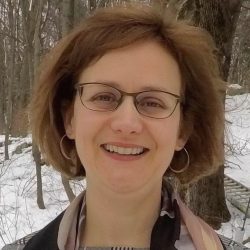 As spiritual autobiographies go, Journey in Search of the Way is a bit of a romp. Written in 1956, Satomi Myōdō’s account of the fits and starts of her Buddhist practice weaves her awakening together with her adventures as a single mother, student, actress, and miko (shamaness). Early in life, she seduces a man in order to protest her high school’s ideology of “Good Wives and Wise Mothers”; later on, she insists on studying Buddhism, even as her family chides, “At your age? … Grandmother! What’s the matter with you?” Every story she relates conveys her sense that enlightenment is a normal aspiration for even the most unlikely of us.

Translated by Sallie B. King, who also contributed an extensive afterword putting the book in historical context, Journey has stayed with me for the unselfconscious cheer with which Myōdō recounts her misery. For instance, early on, Myōdō describes giving up her work as an actress to live with Ryō-chan, a “waiflike” gang member she hopes to reform. Like most romantic rescue missions, this one quickly turns sour:

I … quickly became aware of my own ugliness. Anger, jealousy, and all the other vices that seemed to have lain dormant now began to turn up constantly. I wanted to tell Ryō-chan off and drive him away. I ground my teeth and struggled to control these feelings, but in nine out of ten cases I was defeated. Even when I unexpectedly found myself succeeding in this struggle, my success proved temporary, and I soon reverted to nastiness … For me to try to rescue Ryō-chan was a complete impossibility and pure conceit. Carried away with emotion, I had completely overestimated myself. I did not stop and think. Unconsciously, I had decided that I was a correct and pure person. How shameful!

Myōdō is scrupulous in chronicling the “anger, jealousy, and … other vices” that “turn up constantly,” and how her attempts to be decent lapse back into “nastiness.” Still, there is something briskly untortured about the account; even the exclamation “How shameful!” seems to come with a smile.

Myōdō writes at one point, “Finally, winter passed. I began to hate myself.” Yet it never seems that the narrating Myōdō hates her past self. I take the high-spirited clarity of Myōdō’s accounts of her own failings as a form of insight into the first of the Four Noble Truths taught by the Buddha: there is suffering. It exists, and it is there to be seen and understood.

Every story Myodo relates conveys her sense that enlightenment is a normal aspiration for even the most unlikely of us.

Myōdō’s brief experiment with Christianity illuminates her approach; after hearing a sermon on how “bad wood is cut down and thrown in the fire of Gehenna,” she decides that “I am that bad wood, no doubt.” Yet she concludes, “I could not become a Christian,” because she is not, in fact, interested in “the Kingdom of Heaven.” Her aim is not to extirpate sin and save herself, but to comprehend suffering: as she explains it, “I wanted to know why I was such bad wood.”

Although many people turn to meditation and mindfulness practices in search of stress relief, the Buddhist teacher Jesse Maceo Vega-Frey warns against the notion that comfort will be the fruit of such efforts. At least, they won’t offer the comfort of greater ease with the status quo: Vega-Frey calls that “the false promise of mindfulness.”

The idea that meditative practices can lead away from comfort permeates Journey in Search of the Way. We see Myōdō falling into a “delirium” in which she dreams of “a huge, round blood-red flower” in “a lacquer-black darkness”; “just then my whole body was seized by a violent and uncontrollable trembling.” As a miko, intense concentration allows her to empty her mind and channel other consciousnesses, but that concentration is almost violent: “My mind was strained to the point of pain by the sheer not-self.” After her first enlightenment, she finds herself, near the close of World War II, seeing both dead bodies and those “half dead and half alive” heaped in a train station. She is “desolate” as her “wonderful experience sank into the deep shadows of [her] subconscious.” So much for relaxation. 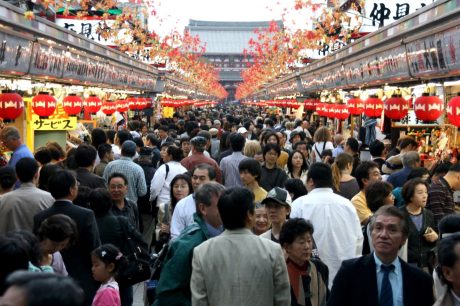 The Fortunes of Senso-ji, Tokyo

Since Journey is unequivocally the story of an enlightened person, it raises the question of exactly what an enlightened person is like. At one point, Myōdō observes, “The more I practiced zazen, the less things turned out the way I expected.” That observation can be connected to a later one: “Now that I have awakened from the dream and can see clearly, I know that the saying ‘You don’t have the same experience twice’ is really true.” The ability to see each moment of arising experience as new is a central insight in Buddhism. In Pali, the language in which the Buddha’s teachings were first written down, this impermanence is called anicca. This is why the more Myōdō practices, the more unexpected life becomes: she is experiencing anicca more and more intimately.

It is not only happiness in understanding suffering, and the resulting relief from the weight of confused expectation, that I sense in the breeziness of this book’s tone. There is also delight in the freshness of seeing itself. At one point, Myōdō describes her response to a lecture on the koan “Kashō and the Flagpole.”

The tatami mats of the main hall at Raikōji were worn at the edges and tattered. When I saw that, I found myself thinking, “When I worked as a miko, business really thrived; I could have easily had these mats fixed. Maybe I should become a miko again! Even that isn’t altogether useless in the work of liberating the dead who have lost their way.”

She has suddenly grasped that woolgathering about past and future obscures the immediacy that a “merest glance” can have, even if it’s just of an old mat. “Now I had discovered a principle to guide my practice.” As the excitement in the passage intimates, just knowing can contain a delight that does not depend on the quality of the object known, but rather on the clarity of awareness itself. Seeing that, our whole way of relating to the world can be shaken.

As Myōdō tells it, frustration and misery are not the final word, but are part of a wholly ordinary, if dramatic, confusion, from which one may emerge. Her voice is quite a tonic for these times. 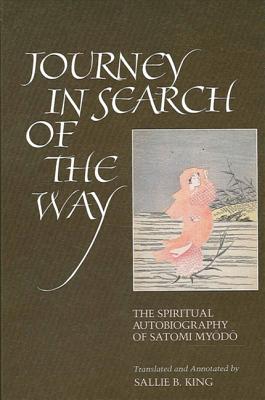 Journey in Search of the Way: The Spiritual Autobiography of Satomi Myodo

Translated from the Japanese and annotated by Sallie B. King
SUNY Press, 1993
Buy