B-Sides: Sinclair Lewis’s “Babbitt”
My family lived in a “flyover state” for five generations. I grew up in one of those middle American cities that Sinclair Lewis’s Babbitt holds up to the light ... 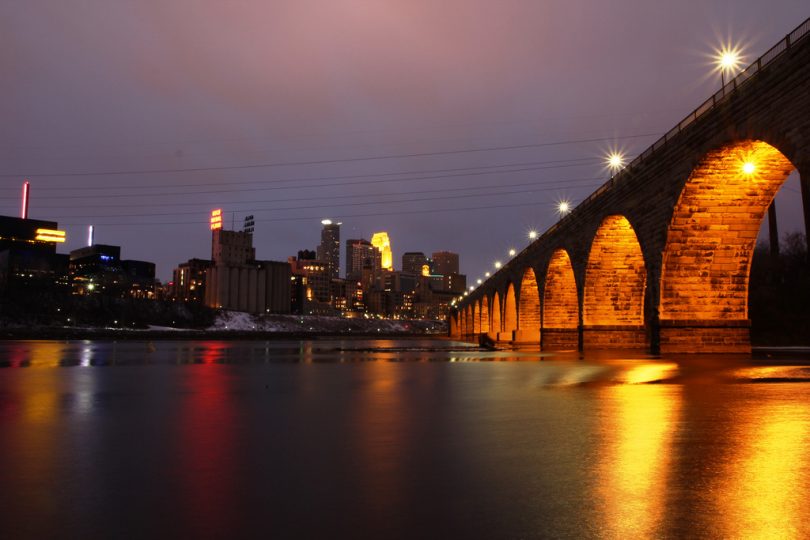 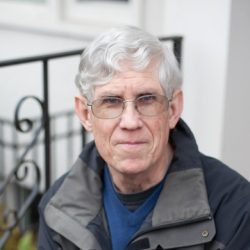 My family lived in a “flyover state” for five generations. I grew up in one of those middle American cities that Sinclair Lewis’s Babbitt holds up to the light—not always lovingly. His 1922 novel could just as easily have been named not after its protagonist but its setting: Zenith. The novel has always held, for me, all the pleasures and all the challenges of coming home. Judging from the imitations and echoes that resonate through later American fiction, I am not alone.

Writers with highbrow ambitions flocked to New York and Chicago in the early 20th century. But it was truly Battle Creek, Buffalo, Moline, Milwaukee, and their peers that drove the American economy. Lewis wanted to show readers that even a middle-sized Middle American city (population 371,000 going on 372,000) must be understood as “a cosmos” unto itself. He draws the curtains with a touch of grandeur: “The towers of Zenith aspired above the morning mist; austere towers of steel and cement and limestone, sturdy as cliffs and delicate as silver rods.” And the novel’s protagonist, George F. Babbitt—joiner of clubs, denizen of lodges, seller of real estate, and gleeful conformist—is a perfect shill for local glories, proudly proclaiming “every intelligent person knows that Zenith manufactures more condensed milk and evaporated cream, more paper boxes, and more lighting-fixtures than any other city in the United States, if not in the world.” From the 1920s through the 1960s, my own home city made cash registers, home appliances, electrical equipment, and automotive accessories. Different industries, yet for the purposes of the story that Lewis had to tell, no difference at all.

H. L. Mencken claimed credit for putting Lewis on track to dissect cities with a citizenry just under half a million. It was Lewis himself, however, born in Sauk Centre, Minnesota, who (during the Jazz Age boom) left his adoptive hometown of Washington, DC, to visit cities throughout Big Ten country, ultimately settling down for several weeks of fieldwork in Cincinnati. Little wonder that the book excited civic leaders in places with identity problems: proclaiming that one lived in the Magic City or Queen City seldom impressed New York intellectuals. Indianapolis had Booth Tarkington, but what about Grand Rapids or Fort Wayne? Finally, here was a writer (a future Nobel laureate, no less) speaking up not just for the imaginary state of Winnemac—bordering Ohio, Indiana, Illinois, and Michigan—but for all those other ambitious cities at the heart of the heart of the country. Minneapolis celebrated “Babbitt week.” Newspapers in Cincinnati, Milwaukee, Kansas City, and Duluth claimed their own city as the Zenith prototype.

Lewis wanted to show readers that even a middle-sized Middle American city must be understood as “a cosmos” unto itself.

As James Hutchisson and other scholars have shown, Lewis prepared a history and description of Zenith so detailed that it anticipates a Wikipedia entry: he even put 52 buildings onto a working map. The result is an urban anatomy lesson, laying out the complexity of organs and arteries—districts and streets and trolley lines—that contrasts with the simple contours of its protagonist. Lewis understood the different districts that I also recognize in familiar cities: new downtowns like those rising in Toledo and Tulsa, industrial corridors along railroads and rivers, the adjacent shantytown “flats,” shopping districts along streetcar lines, and, of course, new middle-class neighborhoods like Babbitt’s own. From across the Atlantic, E. M. Forster found the novel a valuable guide to a mysterious realm: “What Mr. Lewis has done for myself and thousands of others is to lodge a piece of a continent in our imagination.”

Lewis nailed the details. Every real-world Zenith built an “enormous graystone church” for Presbyterians or Episcopalians; both Columbus and Cleveland were soon to produce versions of Zenith’s Second National Bank building, which pushed 35 stories of Indiana limestone skyward. Babbitt’s love for his hometown (the true patriotism of those whose patria is a tidy 100 square miles) proved infectious:

Green golden lights of trolley-cars sliding along the packed snow of the roadway. Demure lights of little houses. The belching glare of a distant foundry … Lights of neighborhood drug stores where friends gossiped, well pleased, after the day’s work. … Then the storming lights of downtown; parked cars with ruby tail-lights; white arched entrances to movie theaters, like frosty mouths of winter caves … He loved his city with passionate wonder.

Babbitt himself is not an especially compelling protagonist. However, he does come into his own as a social explorer. There are a “dozen contradictory Zeniths which together make up the true and complete Zenith,” and Lewis is subtle on the differences within Zenith’s business community; he introduces a radical lawyer, a labor movement, struggling clerks, and self-conscious bohemians.

In fact, the most fascinating aspect of Babbitt’s legacy may be the way that variations of Babbitt’s own serenely middle-class neighborhood of Floral Heights start cropping up in later American novels that shared Lewis’s preoccupation with the corrosion of conformity. Readers first meet the heroine of James Cain’s Mildred Pierce (1941) in the Pierce Homes subdivision in Glendale, a community of Spanish bungalows with white walls and red-tile roofs, already a little outmoded. Developer Bert Pierce is a caddish, jaded Babbitt, and Cain’s poorly masked disgust for the spirit of can-do entrepreneurship that built Pierce Homes may well be a response (even a rebuttal) to Babbitt’s civic boosterism—back before the Depression altered the equation.

Rabbit Angstrom’s “stockbroker Tudor” house in the long-established Penn Park district of Brewer, Pennsylvania (in John Updike’s 1981 Rabbit Is Rich) is another cousin of Babbitt’s Dutch Colonial. Brewer, whose postwar history we follow in great detail, is Zenith fallen on hard times. Rabbit himself, especially in his car dealer years, is a close counterpart of George Babbitt. Each has risen to economic success from humble origins; each finds himself relegated to joining his hometown’s second-best club, the one that doesn’t inquire about old family connections. Each chafes against the narrow confines of the respectable middle class and attempts brief flings before settling back into the neighborhood and house that anchors his social identity.

There is, though, a crucial difference between these two figures and the New Jersey suburbanite Frank Bascombe in Richard Ford’s The Sportswriter (1986) and its three sequels. Babbitt and Angstrom are anchored, even if tenuously, by the gravitational power of a centered city. Rather than a single place, central Jersey comes across in that novel as a constellation of fragments. Babbitt and Rabbit can slink back home: Ford’s Bascombe remains in constant motion. 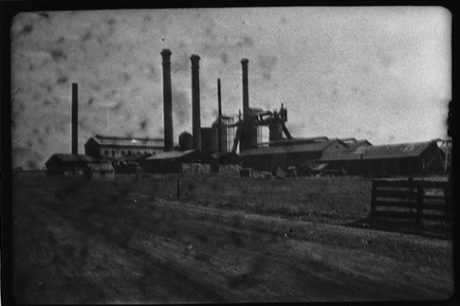 Too Bad About the Trees

I would not have thought much of George Babbitt had I known him, but I grew up in the sort of city that his real-world counterparts built. It had the wealth to support a prosperous working class (we were a General Motors town, so there were always new Chevrolets purchased at employee discounts), a progressive school system, and enough high culture that I felt no disadvantage when I went off to an elite East Coast college.

I also recognize that I left just in time, before deindustrialization tarnished the sparkle of the Gem City and bared the inequities of race, turning a Zenith into a Brewer—or possibly just fragments. In 2024’s solar eclipse, the path of totality will pass over my home city, and I am tempted to plan a visit then. I will try hard to resist an allegorical interpretation when Dayton’s own “austere towers of steel and cement and limestone, sturdy as cliffs and delicate as silver rods” are suddenly plunged into darkness.

Instead, I’ll ask myself what Sinclair Lewis would do, a century after Babbitt. Probably catch a flight to China, with stops planned in Zhuzhou, Huaibei, Huainan, and wherever else a booming municipality awaits its Booth Tarkington. 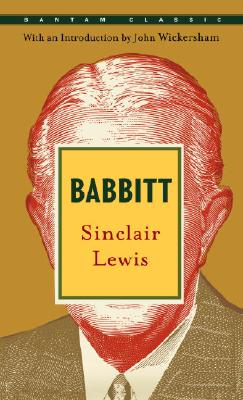