Back to Work
A job, in itself, is pure potential. I sometimes spend hours scrolling through job listings and Craigslist ads imagining different possible lives, each one viable. This is the type of fantasy that ... 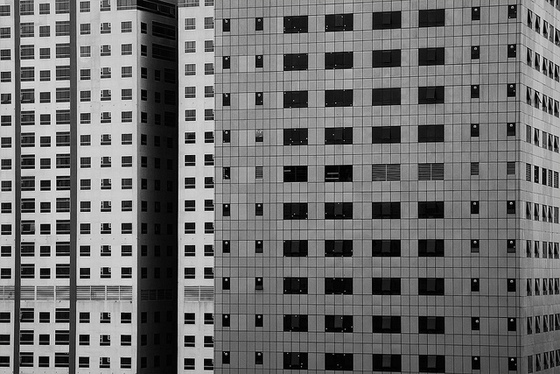 A job, in itself, is pure potential. I sometimes spend hours scrolling through job listings and Craigslist ads imagining different possible lives, each one viable. This is the type of fantasy that the main character of Helen Phillips’s recent novel, The Beautiful Bureaucrat, engages in. In a job taken out of necessity, Josephine Newbury processes paperwork in a windowless office in a hallway of closed doors, matching numbers in files with numbers in the Database. The only part of the files decipherable to her are names, and she spends her days floating through ideas of what type of life someone with the name “Esme Lafayette Gold” might have.

The combination of necessity, painful loneliness, and pure imagination has made dull jobs a frequent site of literary exploration (think Kafka’s The Trial or Melville’s Bartleby the Scrivener), a blank slate on which guilt, attachment, willpower, and imagination can battle each other. In The Beautiful Bureaucrat, the office becomes a fairy tale–like space. The only people Josephine has contact with there are The Person with Bad Breath—whose name she does not know—and the ridiculously named Trishiffany, usually dressed entirely in pink.

Soon, the bureaucracy begins to seep into the rest of Josephine’s life; her mind is overrun with strings of letters and numbers, and she even starts calling her husband, Joseph, by his social security number. It is Joseph’s new job that brought them, alone, to a new city. At first, she is blissful about their life together. But after Joseph mysteriously disappears for a day, there is no real discussion between the two of them. Instead, Josephine, faced with loneliness, isolation, and childlessness, finds comfort in the Database: “Every morning the Database awaited her like a living thing, luminous and familiar, alongside stacks of grey files.”

A surreal gray film covers the prose, leaching the vitality that most of us seek in novels, and also in work. Little splashes of color only highlight the dusty quality of the rest of the novel: Trishiffany’s pink uniform, the pomegranate Joseph buys. After a bout of angry sex—at whose climax Josephine screams out, yes, her husband’s social security number—we read:

It was time to cut the pomegranate.

… She pulled down one of the stranger’s heirloom plates, balanced it on the narrow strip of countertop, jabbed at the pomegranate with a steak knife. Thick red blobs of liquid shot out of the fruit, spraying the wall and the cabinets. The plate flipped off the countertop and shattered on the linoleum floor.

The scene, almost a murder, is heavy with symbolism. Pomegranates are often used to represent fertility, and in Greek mythology Persephone is trapped for a third of the year in the underworld after she succumbs to the tempting pomegranate offered by her abductor Hades. But far from being the stuff of mythology, The Beautiful Bureaucrat recounts the failed ambitions of mediocre people trapped by the punishing rationality of a bureaucracy.

While Phillips demonstrates how the repetitive and soulless nature of work can creep into and poison our personal lives, in Jillian, Halle Butler examines the way work can become a template for building harmful fantasies about oneself.

Jillian tells the tale of two women who share nothing but a workplace—a gastroenterology office where they work 9 to 5 and doctors and patients have only a fleeting presence. Jillian, the character of the title, is hard to read about: she is ditzy and mainstream, a single mother in her thirties whose life decisions throughout the book grow more and more irresponsible. She drives without a license and gets her car impounded, but tells everyone she was hit by a deer. Rather than pay off old tickets and get her car back, Jillian buys a dog: “She had a flash as bright as reality—no, brighter—of walking the dog, and maybe the dog would be big enough for Adam to ride like a tiny pony, or maybe the dog would just be big enough to attach to the stroller and pull Adam, but either way the dog and boy were happy and her hands were empty and flapping at her sides.” She casually begins to abuse the dog—locking it in the bathroom during the day rather than toilet training it, and not taking it out for walks.

The narrator communicates the tales Jillian tells to justify her poor decisions, functioning as the only witness to this isolated character’s situation. Well, not the only witness. Megan is obsessed with her coworker—with how annoying Jillian is, how Jillian lies to the doctors they work with, and lies to herself. “How’s Jillian?” her boyfriend asks, egging her on. “She continues to be a thick strand in the malevolent web of my daily routine,” Megan responds. Megan herself is not much better off. Just out of college, she is a classic solipsistic misanthrope who often gets trashed and acts aggressively toward friends to insulate herself from her own insecurities.

Outside work, both women lead lonely lives, made lonelier as various peripheral characters outgrow them. Jillian exhausts and eventually pushes away the people trying to help her, using their kindness not to pull herself out of her spiral, but to enter further into it. Megan remains mired in depression as those around her drop their college-age cynicism and she finds herself mocking their newfound earnestness. After Megan is confronted by a friend, she crawls drunk under the porch:

Spring nights were so fucking nice.

That elevated feeling she’d had earlier while she was shit talking all of human behavior came back, and as it came back she started laughing a horrified laugh, because that swelling feeling was exactly the same feeling she always had before she started sobbing. She hadn’t recognized it ten minutes ago, but that was why the feeling had been so familiar. Not because her consciousness was tapping into the ineffable, but because she was about to cry and had cried before. She sat there with her eyes wide and her mouth open, laughing noiselessly. Then she started crying, which only made her laugh more.

This type of introspection makes Megan the more sympathetic character (and, though of the two only The Beautiful Bureaucrat made it onto the New York Times’ list of 100 Notable Books of 2015, it’s what makes Butler’s work a much more satisfying read). But I wish Jillian had more sympathy for Jillian. The book looks too sourly upon a single mother struggling with day care, work, and car payments. Ultimately, Megan enjoys a luxury Jillian cannot afford: while Megan could walk away from the job without repercussions, Jillian is hanging onto it as the only thing that can save her.

Conventional narratives often help readers process the difficulties, the ethics, the sheer dullness of everyday life. Jillian lacks catharsis, refusing to suggest that there is anything redemptive about the extraordinary pain normal people with normal jobs feel every day. True to life, Jillian ends with Megan on her way to work.