Backpacking Across “Stand Your Ground” Territory
The young man’s travel tale is a stalwart of American publishing. There’s the very famous story of two boys on the Mississippi, the Beat novel about road-tripping written on a giant spool of paper ... 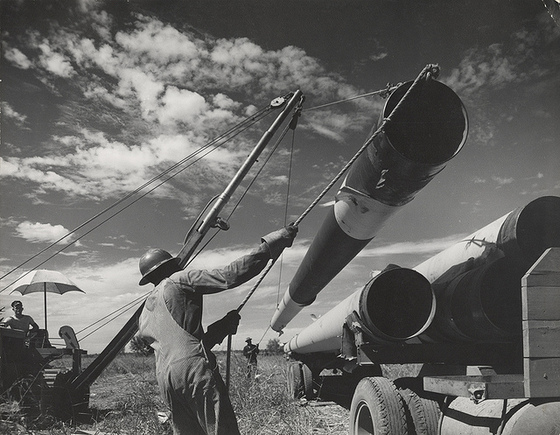 The young man’s travel tale is a stalwart of American publishing. There’s the very famous story of two boys on the Mississippi, the Beat novel about road-tripping written on a giant spool of paper, and Tom Wolfe’s journalistic account of the Merry Pranksters (diehard trippers in both senses of the word). While American literary road journeys are often automobile-centric, they need not be. The genre has a longer history of picaresque self-discovery via other types of locomotion: wagon trains, steamships, Lewis-and-Clark-style river voyages, and Jack London dogsledding. Today, with the rise of carbon-conscious leisure, these forms of travel have new ethical virtue for those in search of low-emissions adventure.

The author Ken Ilgunas has become an expert on American road-tripping. His first book, Walden on Wheels, chronicled living in a van while getting out of student debt. In that story, the vehicle hardly moves, but he uses it as a monastery of reflection on work, money, and personal fulfillment—themes central to the road trip genre. He’s also written two Kindle Shorts, one on journeying to the abandoned bus where Chris McCandless (Into the Wild) died while attempting an epic and perhaps foolhardy solo Alaskan trek, and another on suburban walking.

Ilgunas’s newest book, Trespassing Across America: One Man’s Epic, Never-Done-Before (and Sort of Illegal) Hike Across the Heartland, shows that he has no intention of giving up a genre that’s served him well. The story, part of the “hardcore journey” cottage industry of summer travels books, is ostensibly about following the proposed route of the Keystone XL pipeline. The pipeline—now effectively nixed—has been a centerpiece of environmental outrage since it was commissioned in 2010, drawing criticism for its epic transcontinental scale and exploitation of some of the world’s “dirtiest” oil. Though Trespassing is touted by the publisher as “a meditation on climate change,” the activists who saw the XL project as a red line in the climate change battle will not be satisfied with Ilgunas’s rather breezy account of the political struggle against environmentally destructive Canadian oil. The book’s best insights come in fact from its parallel story: one of Midwestern land rights and the American obsession with private property.

Trespassing starts off with hardly any mention of why global warming should concern us or even what it is (although Ilgunas admirably describes these points later in his “sciency” chapters). Instead, Ilgunas—following in a tradition of restless American men—simply tells us that he has re-caught the travel bug and is no longer fit to laze around in settled places. He then hitchhikes to the source of the Keystone XL pipeline, in Alberta, using his time on the road to chat with pro-oil Canadians, often employees in the extraction industries. From Canada, he sets off on a trek across private farmland and on the shoulder of public highways that takes him south—across the pastures of irked farmers, through the counties of baffled Nebraska sheriffs, into rural Oklahoma poverty—all the way to Port Arthur, Texas.

Throughout the entire first half of the book, Ilgunas uses the well-worn “you have to see it to believe it” trope of current events and travel writing. En route he includes interesting accounts from people who live near the proposed pipeline and largely support it, delving into how rural farmers often understand their own material interests to be contrary to climate action. The problem with the “see it to believe it” approach in travel writing, however, is that seeing is not understanding. More importantly, an insistence on “having a look at the problem” is far more beneficial to climate deniers—who could very well ignore global warming, sea rise, and powerful natural disasters until they need a snorkel.

Ultimately, Trespassing’s best intervention has nothing to do with climate change, but rather concerns the deep-seated paranoia of American property rights. Ilgunas points out that many other countries have right-of-way laws that allow hikers to legally cross private property. Crossing into Montana from Canada, he immediately confronts trespassing issues, leading him to observe: “No trespassing and private property signs are posted on trees and fence posts all across rural America. … If you talk to an American about this, he’ll say, ‘Tough luck,’ as if this tradition of exclusion were the natural state of things. … But trespassing is a bizarre concept in other countries.” His trip involves jumping over numerous fences, getting questioned by the police frequently (and even escorted over a county line for being a troublemaker), being chased by dogs, and having landowners threaten him.

Ilgunas asks a fundamental question about our country’s private property obsession: “What made us this way?” One could answer that it’s America’s essential cowboy mentality that leads to barbed wire and signs that say “Trespassers will be shot,” a legacy of the conquest of the prairie states from Native Americans, or of vigilance against cattle rustlers in the early, more dangerous, days of homesteading. But Ilgunas is not satisfied with these semi-historical answers and neither should we be. Instead, he posits that something about contemporary American life has led us to lose almost all faith in each other, to prefer holing up on our ranches, guns close at hand. Indeed, the author does not come right out and say it, but his trek is not simply about out-of-control defense of private property in the heartland. It’s about “stand your ground” laws and gated communities and self-defense by semiautomatic rifle all over the United States, from Nebraska ranchers to suburban homeowners in Long Island.

If climate change and its effects feel a bit slapped on to the book—which spends just as many pages discussing the author’s fear of cows as it does global warming—there’s a lot to take away from Ilgunas’s conversations with people about the XL pipeline and energy policy. Like so much of heartland politics, the author’s mention of the divisive pipeline (although supported by Democrats and Republicans alike) often sets off those he meets into apoplectic rants about the political direction of the United States. In this sense, walking the pipeline is less about the specific energy proposal of moving Canadian tar sands oil to the Gulf of Mexico. It’s about following a main artery through US culture and politics, at a moment in which many believe a quadruple bypass may be in order.

Want to read more about the history of heartland tourism? Check out “How American Tourism Began” in JSTOR Daily.

Trespassing Across America: One Man’s Epic, Never-Done-Before (and Sort of Illegal) Hike Across the Heartland