Bake, Britannia
Eighteen years ago, in Borneo, Kelly Wiglesworth told a camera crew that she didn’t come to make friends, she came to win. This iconic moment from Survivor defined much of the nearly two decades of reality TV that would follow ... 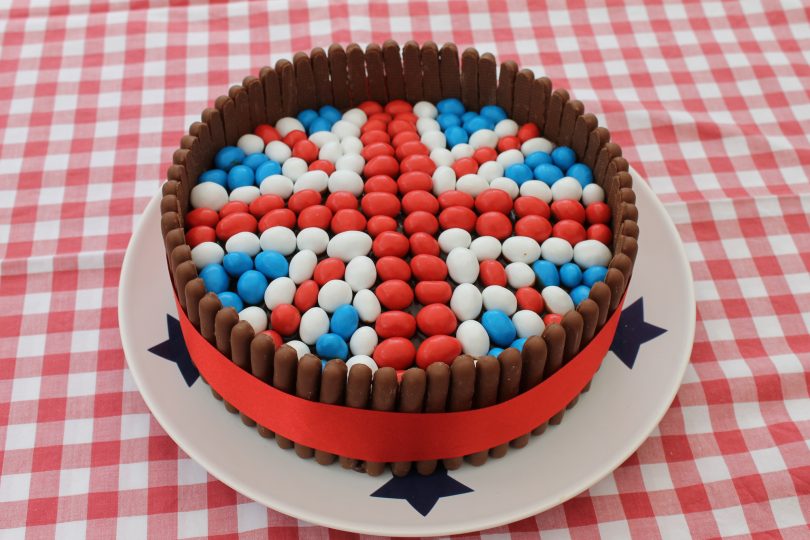 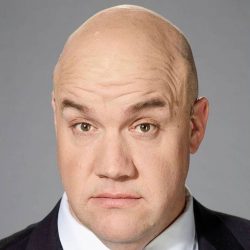 Eighteen years ago, in Borneo, Kelly Wiglesworth told a camera crew that she didn’t come to make friends, she came to win. This iconic moment from Survivor defined much of the nearly two decades of reality TV that would follow. Threats, thrown drinks, purloined pea purees, and cries of “prostitution whore” have defined what Americans expect from reality TV. Even on shows, like The Real Housewives of Beverly Hills, that aren’t competitions, that are explicitly about FRIENDS, the cast didn’t come to make friends. That’s why it was so oddly satisfying when, at the close of 2014, The Great British Baking Show arrived on PBS.1 It represented a type of reality TV that Americans had never seen before, a gentler, more cooperative construction of reality competition.

The reason was that The Great British Baking Show isn’t just a baking competition; it’s a competition of Britishness. Beneath the pastels and icing sugar, a battle for the soul of Britain is taking place under that marquee tent. The show gently, lovingly polices and expels people for food and behavior that isn’t in line with the judges’ view of national identity—but the dynamic, diverse nature of the cast has allowed that definition to grow.

The national pageantry on display, from prominent Union Jack bunting to sunny B-roll of frolicking sheep, is obvious to anyone watching, but The Great British Baking Show doesn’t just celebrate Britishness, it tests it. At its most basic, the show is asking that competitors have an established understanding of traditional British baked goods: lemon drizzle cakes, Chelsea buns, and digestive biscuits are the terrain competitors must navigate. When Christine from “series” 4 (as the original, UK seasons are identified) explained that her spotted dick was the same one she’s made every week for decades, we understood this was a feature, not a bug. The show wants to assert a cultural continuity between Victorian kitchens, mid-century school lunches, and the competitors on a 21st-century TV show.

Casting underscores this imaginary time line. Christine is an archetype of the show: a stately gran who honed her skills baking for family. Then there’s the crotchety old man who bakes the old-fashioned way, the young female cooking student who hero-worships judge Mary Berry, and, of course, Berry herself. An icon of British cooking since the 1970s and co-judge of the first seven UK seasons, Berry is the font of legitimacy for the show. While Paul Hollywood is her coequal judging partner, it’s Mary’s status as the lady who taught the post-rationing generations what proper British cooking was that allows the show to say who’s got a legitimate place in that tradition. Having written more than 80 cookbooks since 1970, Berry’s knowledge of baking is vast, but it’s also solidly rooted in the conventions of the last century. Like the Queen, Mary is a nostalgic figure upon whom we can project an imagined earlier, better Britain, then watch her dole out honors to those who represent the continuation of those values. 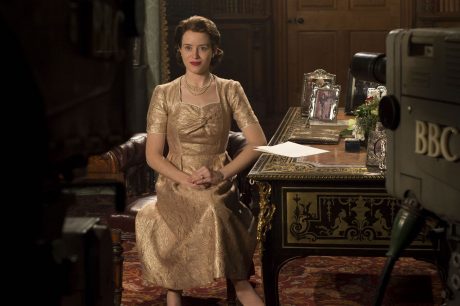 The values go deeper than recipes. How one competes must be as British as one’s spotted dick. Competitors are notorious for helping each other out and consoling each other through failures; even when given the chance to talk behind the backs of other competitors in a confessional, no one ever seems interested. The association of self-consciousness, politeness, and homeyness with British national character runs deep. Julian Barnes called England “The land of embarrassment and breakfast.” In Howard’s End, Forster counterposes the continental mind seeking “the good, the beautiful, the true,” with an English interest in “the respectable, the pretty, the adequate.” George Mikes said, “An Englishman, even if he is alone, forms an orderly queue of one.” On The Great British Baking Show, comporting with this low-drama, community-minded construction of Britishness is key to survival.

Such a rule is best illustrated through its greatest exception. In series 5, Iain, a strapping 31-year-old builder, placed his baked alaska in the freezer to harden, then returned to find it’d been removed from the freezer by Diana, a 69-year-old gran. Here, finally, was the ruthless backstabbing we’ve come to expect from reality TV—but the sabotage narrative was undercut at every turn. Diana was no Omarosa, just a kind but daffy old woman who’d clearly had a brief memory lapse. However upset Iain was, he refused to blame Diana and took his loss with dignity.

When fans rushed to social media to decry the confectionary terrorism, the entire cast, including Iain, stepped forward to say that what Diana did wasn’t intentional. Everyone involved in the show seems to agree that winning isn’t worth it if you’re not well mannered about it, and even being the victim of sabotage must be done with a polite grin. Both Iain and Diana were quickly eliminated from the show: drama and controversy, even in this minimal form, have no place on this thoroughly British programme. In a Britain quaking from racial and religious tension, regional separatism and Brexit, the sense of community on the show is just as nostalgic as any Christmas pudding.

“The Great British Baking Show” gently, lovingly polices and expels people for food and behavior that isn’t in line with the judges’ view of national identity.

So if The Great British Baking Show imagines a Britain of the past full of polite peace and Victoria sponges, it would seem not to bode well for Britons of color in the tent. Since it began, the show has had a string of competitors of color whose approach to baking would be monitored for its difference. “Your flavors” is the preferred racial code word of the GBBS tent. Chetna “knows her flavors”; Benjamina’s plantains are “such a beautiful flavor … just the right amount of heat.” The scrutiny of flavor is a mark of difference, but it’s usually deployed as a compliment, at least for the flavors Britons are familiar with from colonial trade. For competitors of color with backgrounds outside Commonwealth countries, no such allowance is given. When Alvin, a Filipino-British competitor from series 6, attempted to integrate Buko Pandan into a dessert, he was met with revulsion. Paul Hollywood declared it tasted of “suncream.” The Great British Baking Show embraces diversity, but a diversity circumscribed by the pink on a 19th-century map.

In series 6, one of those competitors of color finally managed to be deemed the best baker, and the best Briton, in the tent. Bangladeshi British, hijab-wearing Nadiya Hussain had the right combination of shy smiles and lofty sponges to make it to the top. The double consciousness required of Hussain was best represented by the moment when she said, “We don’t traditionally have desserts in our culture.” The internet sprang to life to scold Nadiya for ignoring Bangladeshi desserts like ras malai and rasgulla, but it misunderstood her point. What she was saying to Paul and Mary was that her culture didn’t have anything they would recognize as a baked dessert, so she was bringing coconut, fennel, and pistachios, flavors from her culture, into a biscotti that would make her culture legible to them. When Nadiya presented as her showstopper a sari-wrapped wedding cake that reimagined her wedding if it had taken place in Britain, one could not question that her creativity had finally managed to center her experience and Britishness in the tent, and in the hearts of viewers. 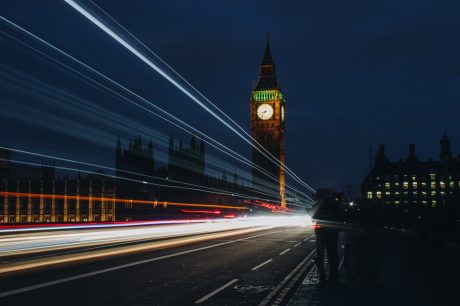 Whose England? Whose Brexit?

To dismiss The Great British Baking Show’s construction of Britishness as being as stodgy as a suet pudding would be to ignore the active work the show’s competitors are doing in a time of national anxiety to imagine and center new forms of Britishness. When Ruby showed up in series 9, I could not imagine she was long for the tent. An Indian British bombshell with big hair and a bigger attitude, she seemed bound to be sanctioned by this very British baking show for her excesses. Ruby survived, on the strength of her baking, yes, but also on her ability to define her confidence, daring, and sex appeal in the persona of a girl-next-door many Britons know.

When Ruby ended up in a final with the Belgium-born, Malaysian British Kim-Joy and the Indian British Rahul, Britons watched a fight to be “most British” among three Britons of Asian ancestry. Of course, Rahul won—he wore the least eyeliner—but through Ruby’s bold style and flirtatious smiles, the show’s capacity to embrace new identities continued to grow. The Great British Baking Show is steeped in backward-looking, reductive nationalism, but it explores those definitions with real people whose creative voices challenge viewers to reimagine Britishness. And those competitors came to make friends. 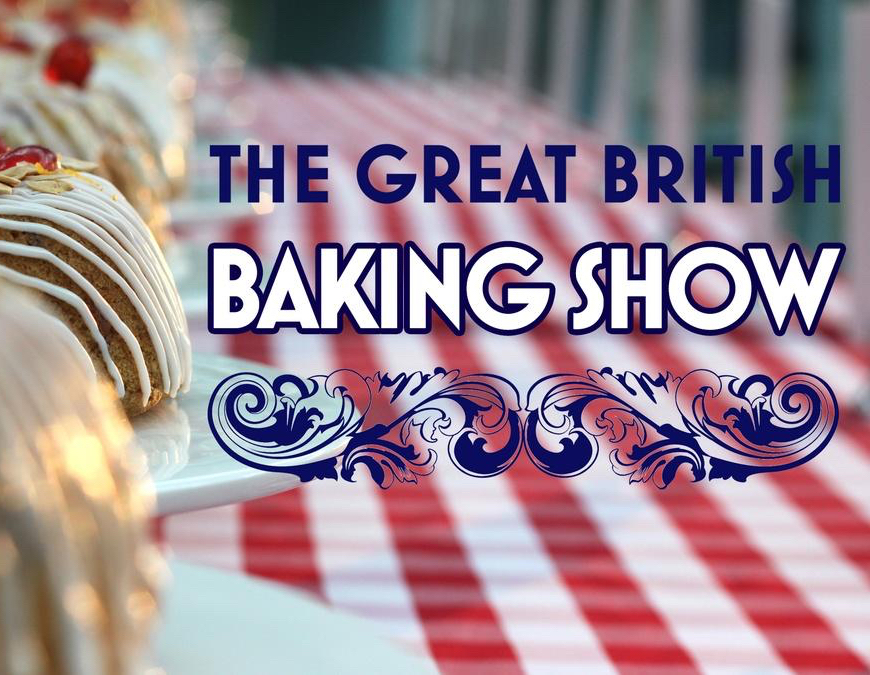