Benidorm After Brexit and the “Burbuja”
In the early 1950s, Mayor Pedro Zaragoza left Benidorm, the sleepy coastal town he governed, to make the 300-mile trip to Madrid by Vespa. He had an audience with General Franco ... 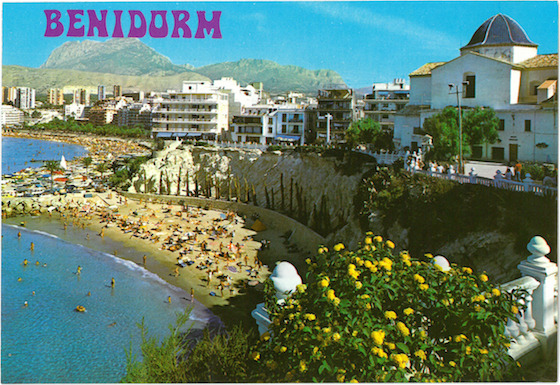 In the early 1950s, Mayor Pedro Zaragoza left Benidorm, the sleepy coastal town he governed, to make the 300-mile trip to Madrid by Vespa. He had an audience with General Francisco Franco, and he had a peculiar request for the leader: permission for bathers on Benidorm’s beaches to wear a new French-designed bathing suit. The garment, called a “bikini,” left a woman’s midriff exposed and was controversial in Franco’s deeply Catholic, authoritarian Spain. Prohibition of the swimwear had led fun- and sun-seeking holidaymakers to the more permissive French Riviera. Hoping to win back tourists, Zaragoza asked Franco to make Benidorm a special exemption. After a short session, Franco approved, and the bikini ban was lifted.

In the years since, Benidorm has risen from a fishing village to a byword for low-cost beachfront tourism. Sun worshippers flock there by the millions from the soggy polders of Northern Europe; numerous stag and hen weekend deals bring scores of working-class visitors arriving off of Ryanair flights. It has inspired a peach schnapps-infused cocktail called “Sex in Benidorm,” as well as its own British sitcom about the bad behavior and provincialism of UK tourists.

As in Las Vegas, Benidorm’s debauched image is the public face of real investment and growth. By the early 2000s, the town had the most high-rise buildings per capita in the world. Scores of Northern Europeans—dead set on never again donning a jacket—have settled in the region permanently, many of them buying homes in new towers or in expat hamlets spread up and down the Costa Blanca. 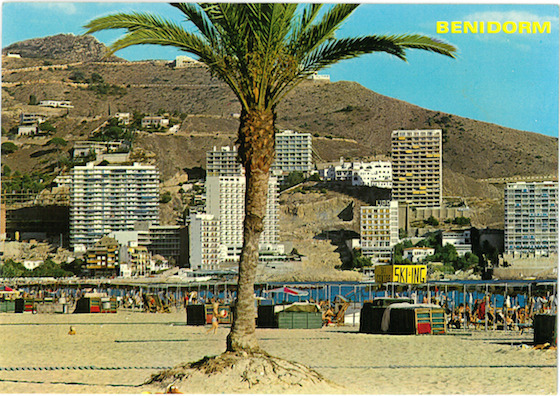 When the 2008 financial quake rocked the Iberian Peninsula, the biggest event was the bursting of Spain’s property bubble, la burbuja. In the aftermath, major banks were found to have flouted financial protocols while politicians were put on trial for taking bribes from construction companies and developers. Local and national court probes revealed that thousands of vacation villas had been built on tracts of land set aside for growing olives. Buyers—many of them foreign and with limited knowledge of Spanish—often discovered later that they had been naïve to take it for granted that their house was on properly zoned land.

Local magistrates, eager to shake off the corruption of the boom era, have taken a hardline stance, declaring that homes built on illegally zoned land cannot be regularized, but instead must be demolished. Sunbird expats have been caught in Kafkaesque court battles, and horror stories have made their way into the UK media, straining the connective tissue holding Spain and Britain together. Brexit has complicated this relationship even further by threatening to wrench away UK retirees’ access to health care, thus scotching their plans for a Mediterranean retirement.

Second homes were more than just a lucrative chunk of Spain’s economy; they were a symbol of successful EU integration. The creation of modern Benidorm was the first step in the making of a tourist economy that invited vacationers to progress from visiting to staying. The construction of hundreds of white stucco retirement communities—while not an aesthetic slam dunk—was a success in terms of middle-class European cosmopolitanism; huge numbers of people bought property internationally, traveled there without visas, and retired in countries they weren’t born in. On the beaches of Benidorm, German and Belgian teens started relationships, British and Swedish retirees shared beers, and Spanish and Romanian youth played fútbol together. With Britain retreating from the EU, and European nations fractious over how to respond to an influx of migrants, we may one day look at the pool slippers, sandcastles, and foam parties of late 20th-century Benidorm as the heyday of European cohesion and cooperation.