The Big Picture: Evangelical Voters
In the 2016 US presidential election over 80 percent of white evangelicals voted for Donald Trump—more even than for Mitt Romney in 2012 or for John McCain in 2008. Candidate Hillary Clinton had her … 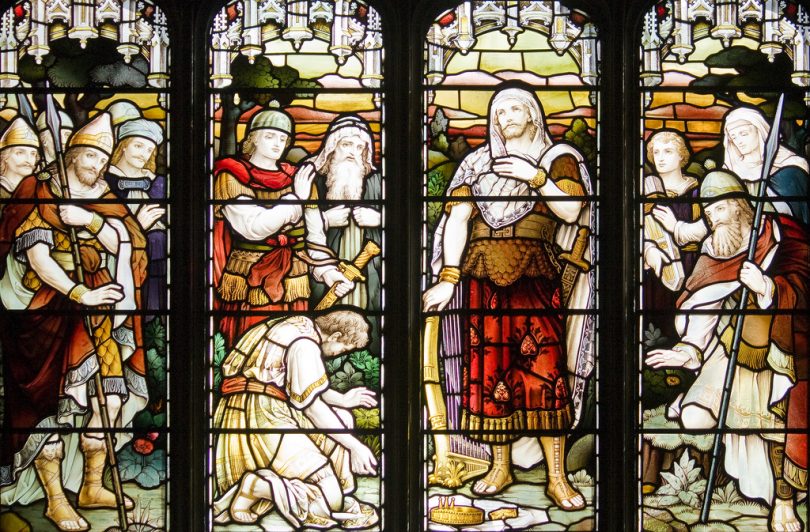 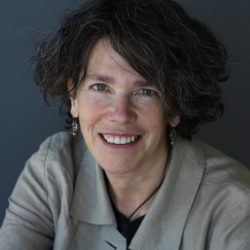 In the 2016 US presidential election over 80 percent of white evangelicals voted for Donald Trump—more even than for Mitt Romney in 2012 or for John McCain in 2008.1 Candidate Hillary Clinton had her flaws, but she was undeniably a Christian. Donald Trump, not so much. As an anthropologist who has spent many years among evangelical Christians, I have fielded the questions of many flummoxed secular liberals in the past 11 months. How could people of faith, they ask, vote for a philandering liar with the moral compass of a gutter rat?

These secular liberals often assume that evangelical Christians would vote only for Christians, and indeed only for Christians with upstanding personal lives. This makes sense. In 2011, over 60 percent of these voters had insisted that an official who behaved immorally in their personal life could not fulfill their public duties.2 Secular liberals might assume from this, however, that evangelicals have simplistic moral views. They’d be wrong.

The choice was likely strategic, although this is not the end of the story. The 2016 election would determine the course of the Supreme Court for many more years than a president would be in office. Voters who believe that abortion is murder and that homosexuality is a sin, or that individuals should take responsibility for their own life choices and not rely on government “handouts,” probably care a lot about Supreme Court appointments.

For such voters it was quite reasonable to cast their ballots against a Christian candidate who would have put liberals on the bench and for a candidate who—however unreliable he was as a person—was highly likely to appoint conservatives. And indeed, in exit polls, many white evangelicals who said that they voted for Trump spoke about his promise to appoint a Supreme Court judge who would overturn Roe vs. Wade.3 And the number of those who said that immoral behavior in one’s private life did not prevent one from fulfilling public responsibilities jumped to 72 percent.

Yet we know that many white evangelical Christians struggled over the evident moral failings of the man. Some pastors spoke out against him. Some public figures endorsed him, unendorsed him, and endorsed him again. For these people the vote was not an easy moral choice.

Biblical stories wallow in imperfections, illustrating God’s ability to work his will in the world in mysterious ways.

Two powerful biblical narratives seem to have helped conflicted Christians come to terms with such a man. The first is the narrative of the flawed vehicle. Such figures litter the Hebrew Bible. Adam bit into that apple. Noah got drunk and lay naked in his tent. Moses took credit for finding a miraculous well and so God refused to let him enter the promised land. David, the greatest king of Israel, was almost Trump-like in his lust and impulses.

In the famous story, David skips out on a battle, and, while his men are fighting, spies on a woman bathing naked. He learns that she is married, but he forces her to have sex with him anyway. He can do this because her husband is one of those fighting. When the woman tells him she is pregnant, he first brings the husband back and tries to get the man to sleep with her, so the man will assume that the child is his. But the man is too righteous to have sex when the men under his command are fighting. So David deliberately sends him back to the front of the battle to get him killed. He does this so that no one discovers his own adultery. Yet the Bible tells us that David is a man after the Lord’s own heart. Acts 13:22: “[God] raised up unto them David to be their king; to whom also he gave their testimony, and said, I have found David the son of Jesse, a man after mine own heart, which shall fulfil all my will.”

Biblical stories wallow in these imperfections. They illustrate God’s ability to work his will in the world in mysterious ways. During the presidential campaign, a number of evangelical pastors compared Trump to David.4 Rick Perry said with characteristic clarity: “You know the good lord used King David. The best I can tell, King David wasn’t perfect either. But he was the chosen man of God. Let’s go make America great again.”5

Trump’s sheer improbableness as a candidate, up against apparently anointed favorites like Jeb Bush and Marco Rubio, is taken by many Christian observers to be in itself a sign that he was chosen by God. The pastor Paula White: “For me, that has to be providence. That has to be the hand of God.”6 And once you focus in on imperfection as sin, we can none of us throw stones. Psalm 103:3: “If you, Lord, should mark iniquities, Oh Lord, who could stand?” 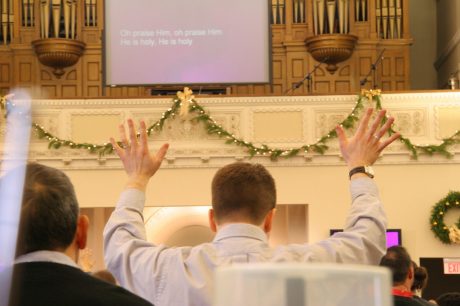 The second biblical narrative that lays the groundwork for Trump’s ascendance is the idea that Jesus will return to remake the world, and that the period just before he appears will be marked by chaos and looming catastrophe. This is often known as the “end times.” Many evangelical Christians think we are living in it now.7 North Korea, Harvey, Irma, Maria, wildfires, earthquakes, a hundred-year drought. Add to this Scott Pruitt, health care, and people making terrible decisions divorced from reality, and even liberals feel a sense of coming apocalypse. I have conversations with people who think that humans won’t survive on earth beyond their great-grandchildren. If you are a biblical literalist—about a quarter of Americans are—the picture is even more stark.8

You might think of the “end times” as a crackpot concept out of Revelation, a book that seems based on a trance vision and is as out of place in the New Testament as the Song of Songs is in the Hebrew Bible. But the idea that Jesus’s return will be preceded by calamity can be supported by passages throughout the Scriptures. If you google “end times sign” you will find many identifying features of the period that will presage the moment when God’s wrath will wipe the planet clean of the unworthy and create a new age.9 BeliefNet, a relatively calm and ecumenical site, gives you these:

Matthew 24:24: false prophets—charismatic Christians who draw many followers but are corrupt. (Many charismatic Christians think that many of these exist. After Joel Osteen’s megachurch apparently failed to open its doors for Houston residents displaced by Harvey, he surely must seem like a contender.)

Luke 21: 25–6: signs in the stars. (Eclipse, anyone? Although the site tells us that this might include missiles, rockets, and bombs.)

Are there hopeful signs? The anthropologist Roy D’Andrade once argued that cultural models—the shared schemas that guide the way we make sense of and act in the world—are often implicit. We don’t always know why we like this kind of person and dislike that kind. We just do.10 But put enough pressure on those emotional responses, and the schemas begin to become more clear. Then people recognize their own biases, and things can change. When entire NFL teams bent their knees, some people found that their great dislike of Colin Kaepernick’s protest turned into pride at the nation’s long history of civil rights.11 There are signs that ever more Christians are finding it difficult to interpret Trump as God’s chosen vehicle.12 Perhaps it is not yet a movement. But it could be.

Meanwhile, what can a secular liberal do?

For a start, put aside your preconceptions and talk with people you don’t understand. A few weeks ago, at a local dinner party, my neighbor Sunny announced that she had decided that her primary political commitment in the coming months was to connect to one conservative each day. She wasn’t planning to argue with them or to change their minds. She just wanted to have a conversation, so that each of them would be human to the other. Sunny is aggressively activist. She marches in protests. She holds political fund-raisers. But she thinks that the central problem in our country has to do with our social fabric. She thinks that we can repair it one by one.

Go ahead, you smug cynics. Laugh. I think she is on to something. Our social science tells us that people are more likely to change their minds on social issues like gay marriage if they know someone from the disdained category.13 If each of us followed her lead, we might make a difference.

This assumes that end times have not arrived and that we are not blown up in a nuclear holocaust, which I regret to say seems less unlikely than it did not too long ago.