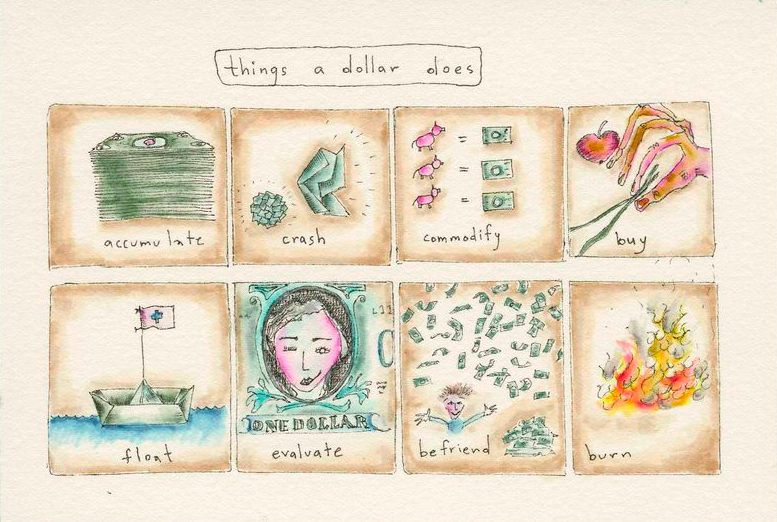 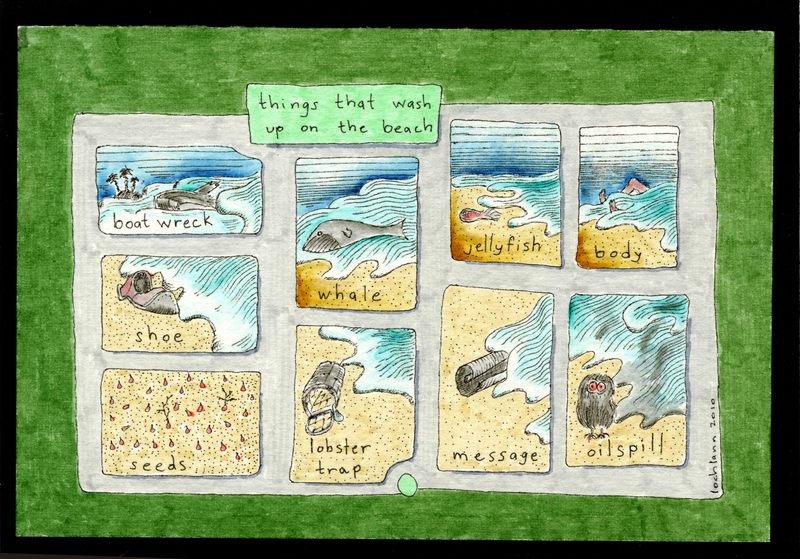 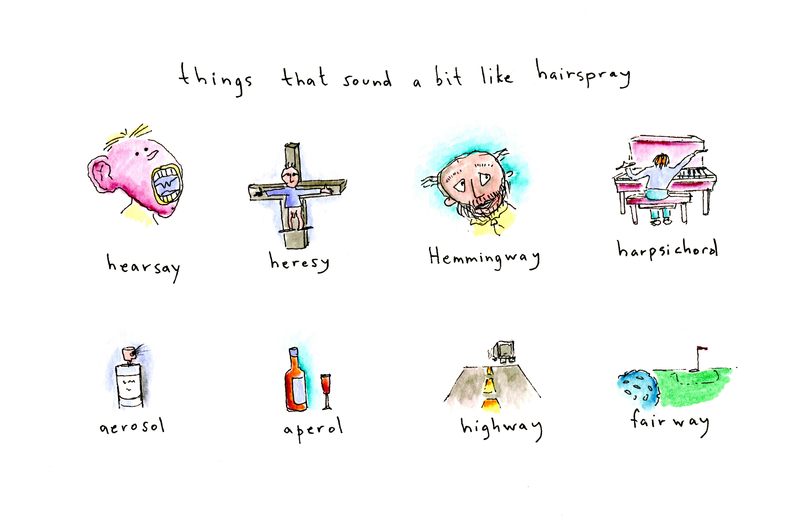 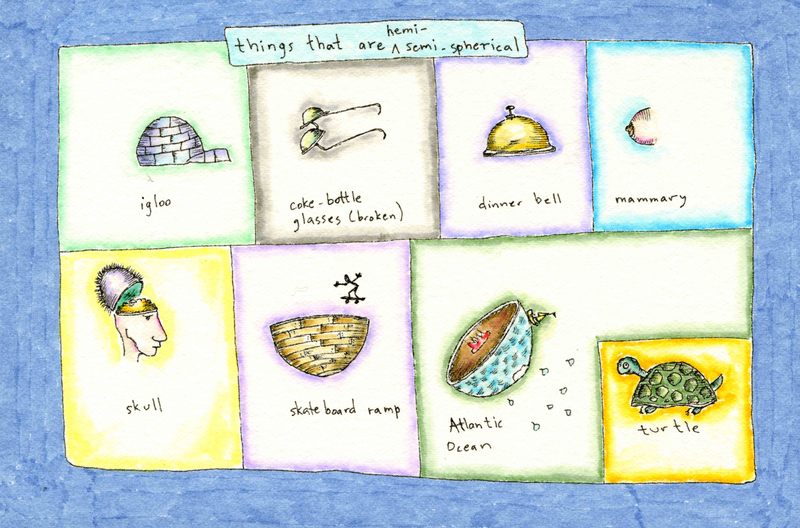 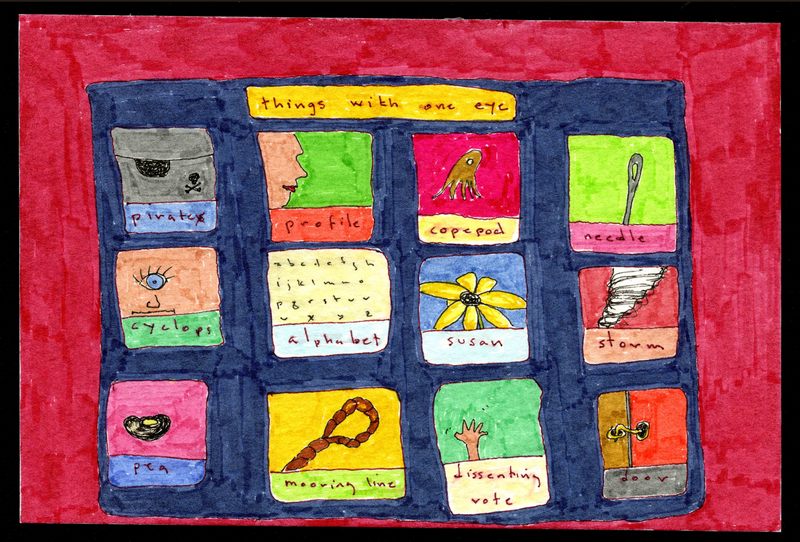 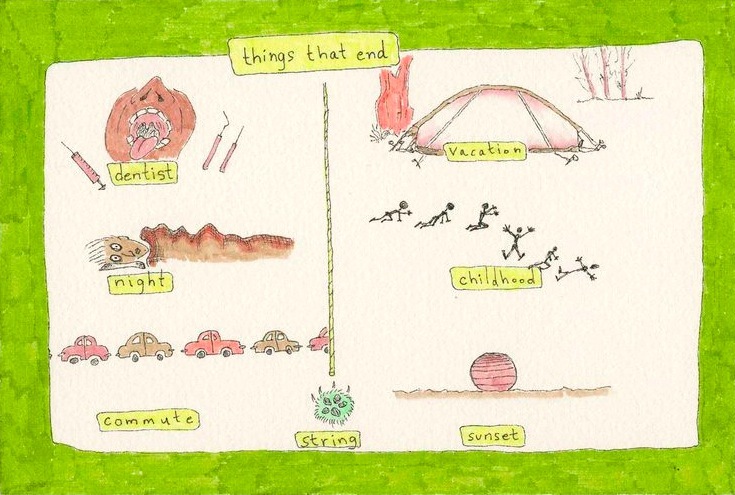 The series Binomial Nomenclature began inauspiciously at a meeting a few years ago, when I scribbled a likeness of a colleague’s rather perfect nose on my printed conference agenda. I labeled it “Roman nose,” and then added the meta-label “Kinds of Noses.” Paying more attention to the faces around me than to the words in the air, I proceeded to append other noses under meta-labels: porcine, equine, wine, my sister’s, clown. This series elaborates on that initial idea, developing new meta-labels and rendering a set of images for each on 4×6-inch rag paper cards.The process of drawing these cards has helped me reflect on the power and absurdity of scientific category-making. Carl Linnaeus formalized the system of binomial classification in 1753 as a way to name and systematize life forms. Species follows Genus, specific follows general. Homo sapiens. Elephas maximus. But his seemingly simple, circumscribed description—the meta-label and the label—opens chasms in understanding as much as it builds bridges. Binomial Nomenclature jumps joyfully into the abyss.