Black Banks Can’t Fix Racial Capitalism
In this article I interview University of Georgia School of Law professor Mehrsa Baradaran, whose latest book, The Color of Money: Black Banks and the Racial ... 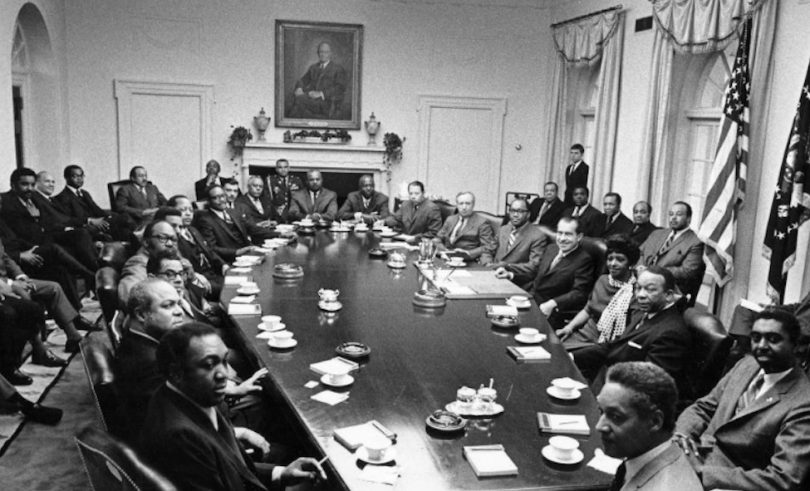 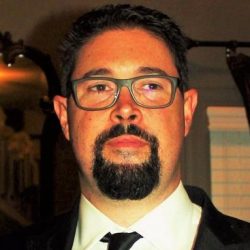 In this article I interview University of Georgia School of Law professor Mehrsa Baradaran, whose latest book, The Color of Money: Black Banks and the Racial Wealth Gap, is, shockingly, the first book-length project to explore black banks. While in one sense it is a very focused project, her book also challenges a number of long-held assumptions about black self-help ideologies more broadly. Arguing that any program requiring black people to remain part of a segregated society is destined to fail, she asks how the racial wealth gap in America has stubbornly persisted almost unchanged since slavery. Black banks, despite their noble aims, seem to have done little to stop the tide of plunder. Instead, she contends, they have largely functioned as political symbols for a wide variety of ideological interests. Black banks most frequently end up being romanticized as imagined sites of self-sufficiency despite the fact that their participants remained largely excluded from the most lucrative channels of wealth accumulation. More cynically, the existence of black banks also functions as a rationale to preserve the prevailing system of racial capitalism, as if segregated black businesses might somehow overcome centuries of racism all by themselves. In the end, the book is a tragic tale of racial inequality told through one of the many futile efforts to ameliorate it.

Guy Emerson Mount (GEM): Your book goes after several deeply ingrained myths about America’s racial wealth gap, and I love that it unsettles so much conventional wisdom. Can you talk about some of those myths involving the racial wealth gap and why they are so troubling?

Mehrsa Baradaran (MB): On the right, the myth that capitalism can fix what racist state policy created. Or that individual bootstrapism can fix systemic problems. On the left, it’s the idea that microcredit can fix macro injustices—that community banks, credit unions, and other local institutions can be effective in dealing with centuries of federal, state, and market policies that have created zones of race-based poverty and exclusion. I’m oversimplifying, but the right seems fixated on small business and small banking because they want to avoid government intervention. And the left seeks alternatives to the profit-maximizing model of banks and big businesses and puts its efforts into community credit and community business, but it’s localism all the same.

But credit and capital work in large, system-wide networks. You can segregate people into white suburbs and black ghettos, but you can’t segregate money, which will always flow to the pockets of wealth. So if you want to change that flow of capital, you have to take a system-wide approach. The New Deal was one such systemic reversal of entrenched credit patterns, and then the deregulation of the banking industry in the 1980s was another—these were federal events. Any solution to the racial wealth gap must involve the same institutions that created it to begin with, and not individuals or institutions on the outside.

GEM: What was the most surprising thing that your research revealed to you?

MB: Unearthing the origins of Nixon’s Black Capitalism program in the presidential archives was just shocking to me—I read a lot, and I had just never encountered this story. Nixon’s Black Capitalism framework, which included affirmative action and other minority business programs, was the other, forgotten, branch of Nixon’s Southern Strategy. We knew about the “law and order” and the dog whistling around that, which led to the carceral state. This was Nixon’s response to civil rights activists and the “urban crisis,” which, along with Vietnam, was the central issue of the 1968 election. Black Capitalism was the other pillar of the Southern Strategy, which was another dog whistle—instead of any federal aid or integration programs, the black community would themselves have to fix the problem—a problem they did not themselves create.

You can segregate people into white suburbs and black ghettos, but you can’t segregate money, which will always flow to the pockets of wealth.

When Nixon unveiled the Black Capitalism program in a series of speeches and radio programs as a candidate, he meant it as his one and only civil rights agenda, and he actually adopted (or rather, co-opted) the language of the Black Power movement—he talked about black power, black ownership, black enterprise, and black capitalism. He said in his speeches, “It’s time to move past the old civil rights.” What’s in the files is that in the earlier versions, he had written “forget civil rights.” And someone crossed it out and put “move past the old.” But the message was the same inside the campaign—he gained no votes (which is all he cared about) by working with black advocates, so he essentially had to shut them down without appearing to do so. That was black capitalism.

And the system he set up—affirmative action, the Office of Minority Business Enterprise (now the Minority Business Development Agency, or MBDA), the Small Business Association set-asides—it’s all still with us. Every US president since Nixon, including President Trump, has used exactly the talking points, decoys, and strategies that Nixon used, though I think none quite as cynically and as knowingly as Nixon did. But it was successful rhetoric—and Nixon was the master of the political sleight of hand. Who could oppose capitalism at the time, in the form of black businesses?

But it was all empty promises. The economic crisis and the growing wealth gap demanded an urgent response. All the principles of the civil rights movement, including President Johnson, understood that they had barely scratched the surface, and that the civil rights movement needed to focus next on the effects of Northern segregation and the Jim Crow credit market that resulted. But Nixon knew that he had ridden a white backlash to office, and he needed a program that extinguished any talk of government involvement or spending. By the early ’70s, the moment had passed. A decade later, the Supreme Court was dismantling even Nixon’s scrap of a civil rights program, calling it “reverse racism.” 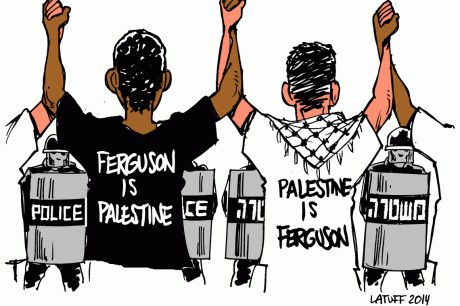 GEM: In many ways, your book is actually about the history of the racial wealth gap, capitalism, and politics—why did you decide to focus on banks?

MB: Because banks are what I know best and because they are the engines at the center of any economy—capitalism, socialism, or whatever. As Alexander Hamilton said, banks are where silver and gold “acquire life.” In today’s terminology, banks multiply money—they create wealth or they diminish it. So my focus on banks—which, don’t worry, isn’t too technical—reveals how the wealth gap is perpetuated in a segregated economy and how racism works to impede wealth creation in black communities. I also focus on banks because many people think that if they control banks, they can control the money.

A lot of policy that has focused on reversing the wealth gap has focused on local banking and local credit policies through banks. But individual banks operating outside the mainstream economy cannot change the situation on the ground. Many well-meaning bankers have learned this the hard way. Banks are good reflectors and accurate mirrors of economic forces, but they can’t change them alone. There’s also this idea that black people are responsible for the wealth gap, or at least that should take the lead in fixing it, and what I show is that black communities—black leaders, black bankers, and black businessmen—have been trying to do this since emancipation, and even before. They have been pulling and tugging on those bootstraps, but they haven’t been able to grab them, because the bootstraps that lead to wealth are often provided by public policy.

GEM: One of my pet peeves (which I gather you share) is when people fail to see the intersection of race and class. Can you talk about how you’re conceptualizing racial capitalism in this book?

MB: Absolutely. I think people falsely separate class politics from race politics—I think they have often been the same thing. In order to understand how race and racism have played a role in American history, it’s important to consider the role of race in market economics. A lot of people visualize the history of American racism as white-hooded Klansmen vs. civil rights marchers. Many seem to believe that Jim Crow and racism is all in the past, and they blame racial disparities on cultural differences. What I’ve tried to do in the book is to show when actual overt racism is responsible for inequality, but to also point out how once lines are drawn and credit markets are created, they can take on a life of their own even without racists.

The subprime market targeting black and brown communities was one salient example. Yes, there was definitely overt discrimination happening, but there were also trends and patterns that were set into effect years ago, and when Wall Street went looking for subprime profits, they happened to be in previously disenfranchised communities. Were they trying to exploit these communities because they were being racist? No, I don’t think so. Was race determinative in who was exploited by these products? Absolutely. That’s a subtle distinction, but getting that right is important when you go about devising solutions.

Black communities have been pulling and tugging on those bootstraps, but they haven’t been able to grab them, because the bootstraps that lead to wealth are often provided by public policy.

GEM: Any predictions for the future of America’s racial wealth gap?

MB: There was one relatively recent study that said that it would take 228 years to close the racial wealth gap. I think that’s both overly optimistic and overly pessimistic, and probably wrong on both fronts. Because first of all, without any intervention, the race gap will continue to perpetuate itself. We’ve hardly made any progress over the last 200 years; why should we expect any in the future? In the alternative, if we focus on it honestly and earnestly, I believe we can fix it quickly. We know how to build wealth in America. We did it in the New Deal, with the Homestead Acts and with specific robust Progressive reforms. It just so happens that we excluded black communities from those programs. We could build wealth again and, this time, make sure that the wealth creation includes the black community.

Importantly, compensatory justice does not need to be zero-sum. We all benefit by closing the racial wealth gap, and not just morally; we benefit economically as we reduce inequality. There is lots of data to support this, but if we continue to see the world through a tribal lens and if we continue to divide ourselves racially, we won’t be able to gain support for policies that benefit us all.

In order to fix the problem, we need to understand what caused the racial wealth gap and what won’t work to fix it, and that’s where I hope my book will help.

This article was commissioned by Keisha N. Blain and Annette Joseph-Gabriel. 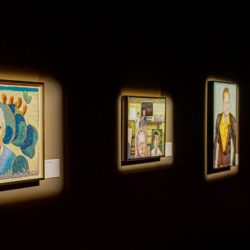 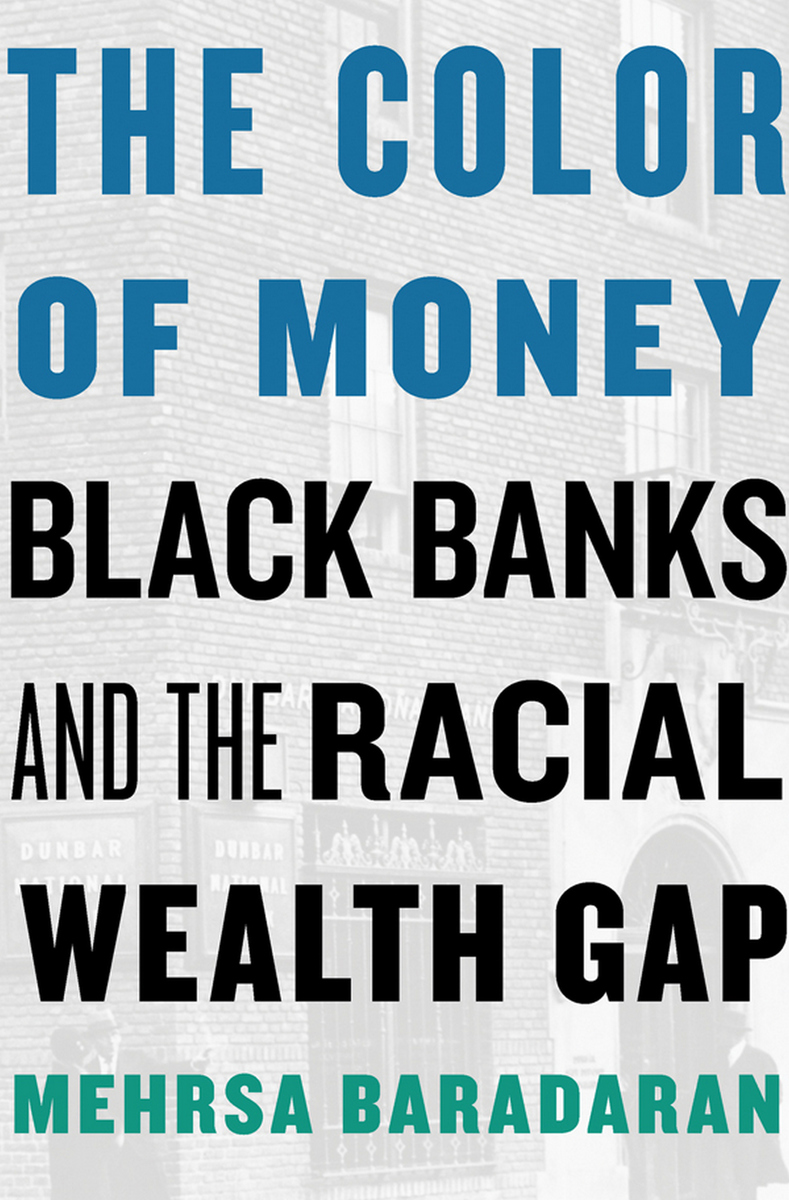 The Color of Money: Black Banks and the Racial Wealth Gap