Black Lives Under Surveillance
Modern capitalism has always placed an undue burden on black bodies. Slavery, forced labor, and dispossession have moved hand in hand with forces of surveillance and the power of the state. In cities ... 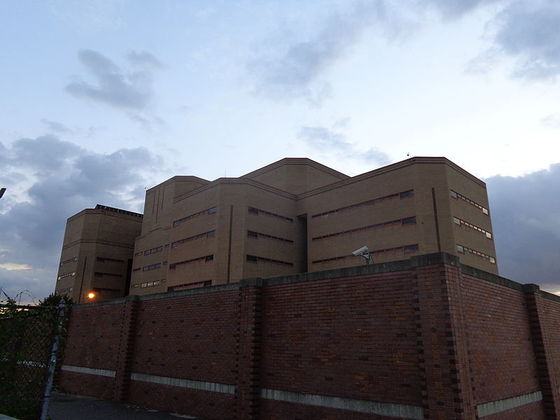 Modern capitalism has always placed an undue burden on black bodies. Slavery, forced labor, and dispossession have moved hand in hand with forces of surveillance and the power of the state. In cities like Ferguson, Baltimore, Milwaukee, and Oakland—and countless others that have never reached national awareness—abysmal economic conditions have found an intimate partner in police patrols, drones, security cameras, and citizen-on-citizen reporting.

Today, poor communities of color are under constant surveillance and on the receiving end of brutal market forces. Where high unemployment, inadequate public transportation, and segregation are the rule, surveillance performs the work of control. Rebellions against state-sanctioned violence are inspired by feelings of both oppression and neglect, a contradiction at the core of capitalism’s relationship to black people and black bodies. The supposed freedom and equality of the marketplace depend upon the contempt of the overseer.

Our American capitalism, founded in slavery, bore the antagonist twins of blackness and surveillance. Examining this birth and its afterlife, Simone Browne argues in her recent book Dark Matters, will help us come to grips with contemporary practices of surveillance that are often coded as technical and race-neutral advances in safety and security—and are usually anything but. Through her analyses of maps, newspaper articles, fugitive slave advertisements, slave narratives, personal correspondence, government documents, memoirs, and treaties, Brown exposes how blackness was shaped and produced through surveillance practices during slavery.

Slaves were a particularly unpredictable form of capital—they could congregate, organize, plot, and even escape—making their traceability essential. Browne examines the finely honed architecture of slave ships to show how important surveillance was to making black bodies into property, extracting wealth from their humanity. The capitalist discipline of black bodies starts with the design of this “maritime prison,” the site of horrifying violence that thousands of men, women, and children did not survive. The strict compartmentalization of slave bodies, stacked one on top of the other, functioned to limit slave insurrection and other kinds of resistance. Furthermore, the documentation and examination practices that took place from slave trafficking ports on the African coast, through the Middle Passage voyage across the Atlantic, to slave auction blocks and plantations, prefigured modern carceral institutions meant to regulate and discipline black bodies. 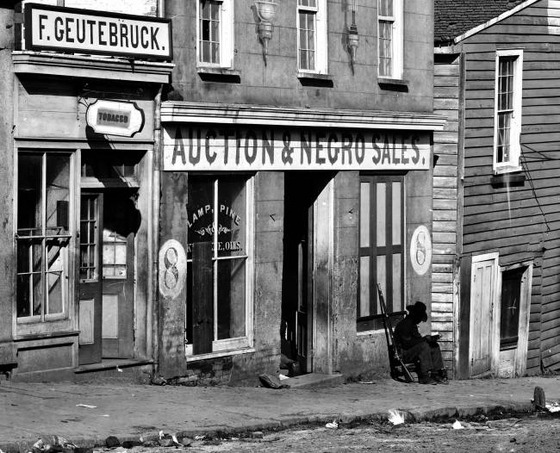 Even in freedom, black bodies required surveillance. Government records such as the Book of Negroes instituted the tracking of black bodies through written text. This 18th-century document listed three thousand Black British Loyalists (self-emancipated former slaves) who boarded British ships to Canada during the American Revolution. The Book of Negroes, Browne argues, was the “first large-scale public record of black presence in North America,” used by slave owners to distinguish fugitive slaves from freed black subjects.

Both before and after formal emancipation, capitalism marked blackness as a visible commodity. Defining the spaces where black bodies could or could not reside or move, what activities in which they could or could not engage, “racializing surveillance,” as Browne names it, lay in what John Fiske calls the “power to define what is in or out of place.”1 Such social control, Browne notes, bound surveillance to the violent practices of making and deploying racial hierarchies that plantation owners and others could exploit for profit.

Accurately measuring, counting, and sorting black bodies also required constant visibility. So, slavers employed violent technologies like branding and “lantern laws” to account for slaves and deter escape. Lantern laws were instituted in cities like New York and Boston in the 18th century and required black, indigenous, and mixed-race slaves to carry candle lanterns after dark. Legislation like New York’s “A Law for Regulating Negro and Indian Slaves in the Night Time,” approved in March 1713, demonstrates how state-enacted technologies were used to surveil and control black populations. “Black luminosity” via lantern laws, as Browne suggests, operated as a “form of boundary maintenance occurring at the site of the black body, whether by candlelight, flaming torch, or the camera flashbulb that documents the ritualized terror of a lynch mob.”

The surveillance of unfree black bodies remained central to capitalism’s dominance post-emancipation. After the Civil War, oppressive systems like “Black Codes,” convict leasing, and sharecropping tied black bodies to the land, despite the fact that they were no longer legal property. These repressive measures generated significant revenue for several Southern states and were fundamental to the economy after slavery. States like Alabama relied heavily on convict leasing in coal mines, with nearly 73 percent of the state’s total revenue coming from the system in the late 19th century. 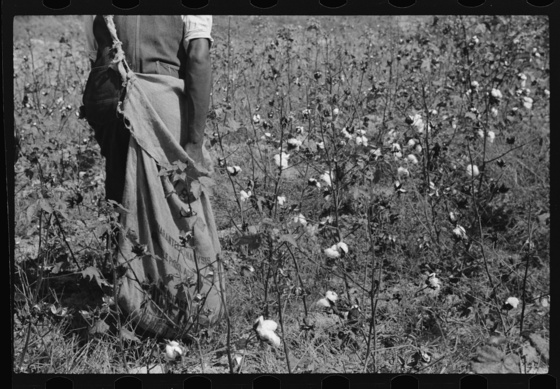 The state-enacted Black Codes, in particular, both established the architecture of modern policing and ensured black people’s limited access to capital. As Keeanga-Yamahtta Taylor explains in From #BlackLivesMatter to Black Liberation, Black Codes were “imposed only on African Americans, criminalized poverty, movement, and even leisure.” In some cases, laws prohibited the congregation of black people after dark and required black workers to be monitored by and in the service of their former owners. This legal subjugation of blacks in the postbellum South was justified under the logic of the tragically familiar language of “law and order.” As Taylor argues, police were used to enforce various measures that limited black movement, black work, and even the right to accrue property.

Because capitalism has relied on the subjugation of black people as workers and largely excluded them from its material benefits, the specter of black uprising and criminality provokes police departments and other authorities to develop and adopt novel technologies of surveillance, like biometric measurements that verify, identify, and automate the production of bodily evidence. Deployed under a rhetoric of racial disinterest, these innovations draw on the long history of tracking blackness. They are far from identity-neutral. Recently, Georgetown University’s Center for Privacy and Technology has found that police departments around the country use facial recognition software that track and racially profile African Americans disproportionately.2 Biometric surveillance technologies form the background of urban life and continue to manage black freedom and mobility.

The protection of property underlies such quotidian acts of surveillance. In an effort to “curb shoplifting,” Georgetown-area businesses worked with police through a mobile app, “Operation GroupMe,” to secretly message each other about “potential suspects,” who were almost always black.3 Empowered by the ubiquity of surveillance and the ease of digital media, the race vigilante takes on the guise of the citizen shopkeeper.

In the post-civil-rights era, a black elite has emerged who have benefitted from the spoils of capitalism. They do not share the interests of the black poor or working class. As these elites have risen to political leadership they have intensified surveillance of those excluded from capitalism’s prosperity. They have blamed “bad people” for making “bad choices,” rhetorically cleaving black communities into deceitful criminals who must be monitored and virtuous citizens who deserve protection. The political elite then roll out more surveillance to protect precarious black wealth.

Taylor argues that surveillance also allows some political leaders to profit from the same population of poor black citizens they profess to protect. For example, Randy Primas, the first black mayor of Camden, NJ, supported the New Jersey Department of Corrections’ construction of a $55 million prison in the largely black neighborhood of North Camden. Taylor quotes the mayor’s bald declaration: “I view the prison as an economic development project. In addition, I think the surveillance from the two prison towers might stop some of the overt drug dealing in North Camden.” Primas linked the building of prisons to increased employment, increased city revenue, and reduced crime. Yet this project also turned the landscape of North Camden into a prison itself. Watchtowers now surveil both those inside and outside the prison’s gates. This kind of surveillance does more than impose the eye of the state on formally free neighborhoods; it marks North Camden as black, rendering the city subject to ever more monitoring.

State surveillance of BLM and similar organizations should be expected. Everyday practices of surveillance join the exceptional targeting of artists, writers, and musicians (especially hip-hop artists) under the guise of national security.4 Extralegal programs like J. Edgar Hoover’s infamous Counter Intelligence Program (COINTELPRO), which ran between 1956 and 1971, explicitly targeted and attempted to disrupt black civil rights organizations, activists, and leaders. Most recently, as detailed in a 2016 ACLU report, law enforcement agencies employed a powerful surveillance program using data from social media sites to track protest activity in Oakland and Baltimore.5 Black Lives Matter has deftly employed social media to expose the killing of black men, women, and children at the hands of law enforcement, yet the medium is an especially ambivalent space, as government agencies track social media and employ surveillance tactics to monitor organizers and activists.6

State surveillance of BLM and similar organizations should be expected.

How then can we transcend capitalism and challenge the strictures of surveillance? Browne employs the term “dark sousveillance” to introduce the “tactics employed to render one’s self out of sight.” Dark sousveillance, she argues, is a productive space “from which to mobilize a critique of racializing surveillance.” At the same time, exposure and visibility can be tactics of freedom, as for example in the use of camera phones to film police. Dark sousveillance can be a means of achieving parity with the state, Browne contends. “What does it mean,” though, “when the tools of a racist patriarchy are used to examine the fruits of that same patriarchy?,” as Audre Lorde famously asked. Lorde also provided an answer: “It means that only the most narrow perimeters of change are possible and allowable.”7 Dark sousveillance offers critique, but not resistance. Acts of witnessing racializing surveillance have severe penalties. The civilians who filmed the state-inflicted deaths of Eric Garner, Alton Sterling, Freddie Gray, and Philando Castile were all subsequently arrested. None of the police officers has been convicted. We must use different tools.

Taylor raises a question parallel to Lorde’s: whether the current economic and political conditions, structured by institutional racism, can be altered under capitalism. In other words, can we radically improve and humanize capitalism? The short answer is no. Capitalism continues to be exploited by elites to justify inequality. Rather than searching for new forms of capitalism, we ought to focus on alternatives.

Black enslavement was fundamental to the establishment and growth of capitalism and black oppression continues to feed it. Even black capitalists, Taylor argues, cannot hope to exist outside the constraints of white supremacy. Fighting capitalism requires coming together across the divisions and hierarchies that fuel it. With the recent election of Donald Trump as President, the imperative has only grown more urgent. Capitalism cannot be used to achieve black liberation. Only solidarity will free us all.

Dark Matters: On the Surveillance of Blackness

From #BlackLivesMatter to Black Liberation