Black Space Beyond Nation
“When did everyone become Black and not of specific nations themselves? Why did being Black mean not belonging to a place?” 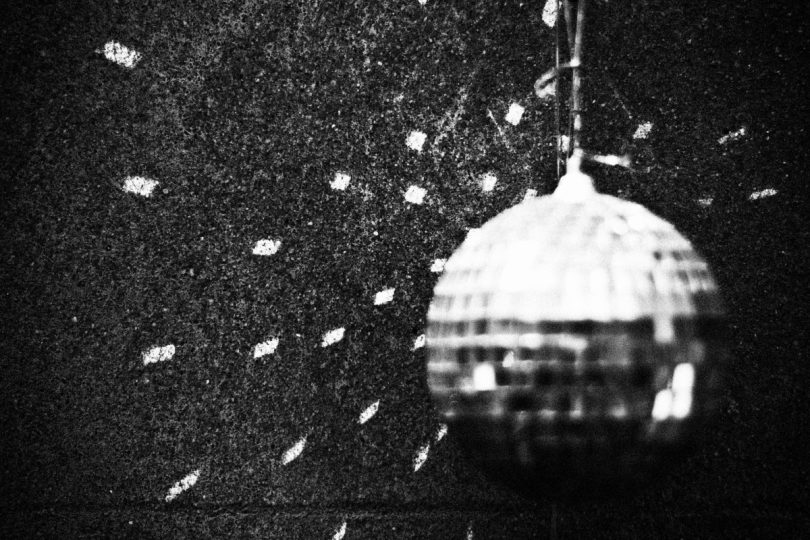 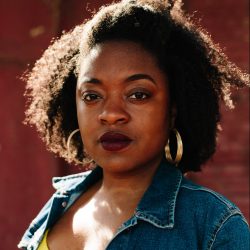 By Charlene A. Carruthers

Jessica, a Nigerian student attempting to leave Ukraine via bus—as opposed to the 12-hour-long walk that she ultimately endured—recounted being told by Ukrainian officials, “If you’re black, you should walk.” People assumed not to be citizens of Ukraine due to the color of their skin were now Black. That’s another way of saying that those people were considered not of any specific nation. So I wonder: When did everyone become Black and not from any specific nation? Why did being Black mean not belonging to a place?

Listening to Jessica’s story, the community organizer in me thought about the political possibilities of an antiwar movement powered not within nations but across global diasporas. The historian in me knew that this discrimination by Ukrainian officials was not a new phenomenon but an imperialist tradition within the modern era. I am still sad and angry—though not unbelieving—that this acute moment of crisis was met with an epidermilized nationalism.

That’s why, when asked what I was doing when Russia invaded Ukraine on February 24, 2022, I am able to say, thankfully, that I was reading Jafari S. Allen’s book, There’s a Disco Ball Between Us: A Theory of Black Gay Life (Duke University Press, 2022). Moreover, I’m able to add that Allen, along with a cacophony of ancestors and elders, helped me make sense of that moment and the moments to come.

The question now might be boiled down to “Where do we go from here?” That is, where do we go from the present, this space of the COVID-19 pandemic, ongoing wars, and imperialism? Allen’s anthological approach answers that seemingly persistent question with an equally incisive provocation: “perhaps there is a nonnational space.”

Allen’s study is, on its surface, an ethnographic and intellectual history of “Black gay habits of mind” across various African diasporic geographies. But, read today, Allen’s work invites me to imagine this non-national space as a place to live, grieve, and be with each other with dignity. As I join people around the world in bearing witness to an ad hoc (or perhaps de facto for those who live it) apartheid—through photos, videos, and testimonials of African migrants tagged #AfricansinUkraine and #BlackinUkraine streamed across social media and mainstream media platforms—the allure and imperative of such a non-national space come into relief for me.

I was born during the long 1980s, when what Black feminist scholar Cathy Cohen calls the boundaries of Blackness were drawn again. It was a period of grieving, shame, silence, and cultural work that refused an essentialized Black subject. Now I mourn men I have never met, men whose lives were squeezed out by the ravages of the white supremacist, homophobic, and capitalist AIDS epidemic. Like African students who died while attempting to escape Ukraine, these men did not die from isolated biological causes; a culture of anti-Blackness generated their deaths. The nation’s success depends on this and remakes itself through the very grammars our forebearers generated to articulate what freedom could look like.

The disco ball is Allen’s metaphor for the refraction of Black gay life. And it is also a metaphor for my own attempt to make sense of our worlds right now. The limits of nation power and citizenship are on full display. The swell of support for Ukraine continues to gain new layers of complexity. If Blackness, as Allen posits, is complex and deeply held, how could we, a Black diaspora, be in solidarity with and support any intervention while our people were being oppressed, shut out, and killed in trying to flee a war? We are of “hybridity, Creole(ization) and national hyphenations and color designations.” Something is up with diaspora right now.

This text does not shy away from the intellectual tradition of Black feminist affect in which it exists. Instead, Allen invites the reader into an experience that can work, if they choose to work it. Allen’s register is sharp, to the bone, and it shines. At times, I wondered if I was grown enough to know these things, or well read enough to show up to this conversation and hang.

But when I leaned into what Allen calls Black gay habits of mind—which “are inexorably bound to this space-time orientation of living in the present, powerfully conditioned by history, but also attuned to radical possibility”—I remembered who I was and to whom I belonged. My anxiety waned, and I got back on the dance floor, less concerned with pace and time and more concerned with being present. Allen’s engagement with Pat Parker’s poetry got me on beat. Allen’s dance floor is not clean or totally shrouded in filth. It is all of that, and then some.

For Allen, Black gay life is a refraction of fantasy and action. His critical ethnography builds upon a Black feminist drive to create embodied narratives. Allen’s Black gay habit of mind is “meant to honor the often circuitous but also convergent temporalities, themes, sites, texts, and individuals” during the long 1980s. His prose and rigorous engagement with the long 1980s invite the reader into conversation with a litany of elder co-conspirators. Joseph Beam, Essex Hemphill, and Marlon Riggs are my uncles, even if only in my mind. Their critical thought, poetry, and films agitated me to think about Black life and death as atemporal, in more colorful ways than I had previously.

When did everyone become Black and not from any specific nation? Why did being Black mean not belonging to a place?

The 1995 Black Nations/Queer Nations? conference held in Brooklyn, New York, scaffolds a broader discussion of Black entanglements with nationalism and imperialism. The conference brought together notable Black queer literary figures, activists, and scholars to discuss the matter of being queer, and being part of an African diaspora.

Allen was an observer and participant. And now, almost three decades later, in There’s a Disco Ball Between Us, he takes the reader back to that time.

This was a moment when cyberspace was on the horizon, not an engulfing presence in our day-to-day lives. Allen conveys this moment through words shared by writer, poet, and cultural activist Essex Hemphill. Like Allen, I find Hemphill’s remarks on cyberspace prophetic:

The texture of my hair and the color of my skin are just two examples of the prerequisites required for visibility and suspicion. I am profoundly perplexed by this continuing adversity and the unnecessary loss of life that occurs as a result of being seen.

I have miscegenated and mutated, tolerated and assimilated and yet I remain the same in the eyes of those who would fear and despise me.

I stand at the threshold of cyberspace and wonder, is it possible that I am unwelcome here, too? Will I be allowed to construct a virtual reality that empowers me?

… I was counting t-cells on the shores of cyberspace,

my blessing is this: I do not stand alone,

We are on the other side of the cyberspace threshold now. And Essex Hemphill is not with us. Our ancestor died due to AIDS-related complications, eight months after speaking at Black Nations/Queer Nations?. I grieve alongside Allen and all the children who knew him. 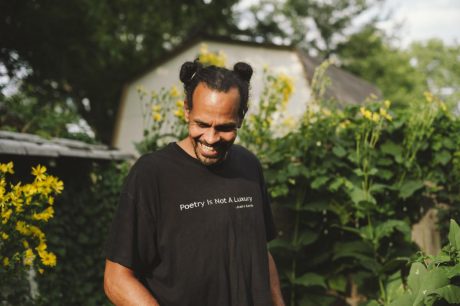 Would Essex—given the accessibility of images and prevalence of experiences of anti-Blackness across the diaspora—still wonder where he belonged? What would he have to say to the detaining of Brittney Griner, a Black lesbian, for a still unknown time period by the Russian government, as it continues to advance its war against the Ukraine? Would he or any of the other participants at the conference ponder how queer/gay/lesbian Black women, as Erica Edwards’s work deftly explains, have been on the other side of a long war on terror fomented throughout the late Cold War period?1 What poetics would he offer? I, of course, cannot say with certainty.

I want Griner home with her loved ones, and away from what continues to be a white supremacist patriarchal capitalist anti-Black imperial catastrophe. Where is her nation-state, for which she has helped to win gold Olympic medals, now? She and others deserve a non-national space to belong. There’s a Disco Ball Between Us is the book for those who want to belong without a nation, challenge the very idea of the nation, and go about the business of dismantling the nation as we know it. 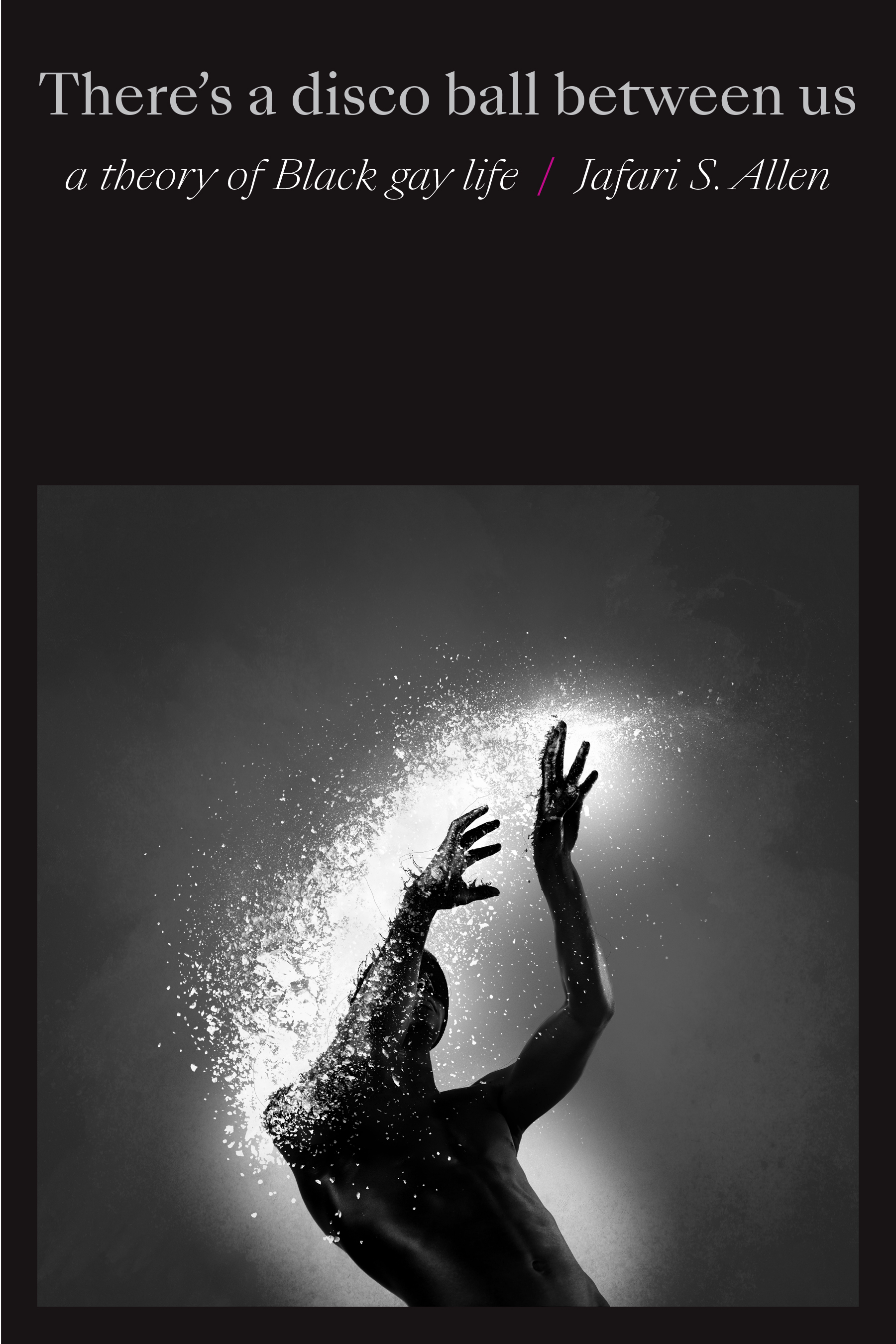 There’s a Disco Ball Between Us: A Theory of Black Gay Life