Bro Uprising
With Pierce Brown’s lately concluded Red Rising trilogy, the phenomenon of the blockbuster Young Adult dystopian novel that brought us The Hunger Games and Divergent has reached its eye-popping ... 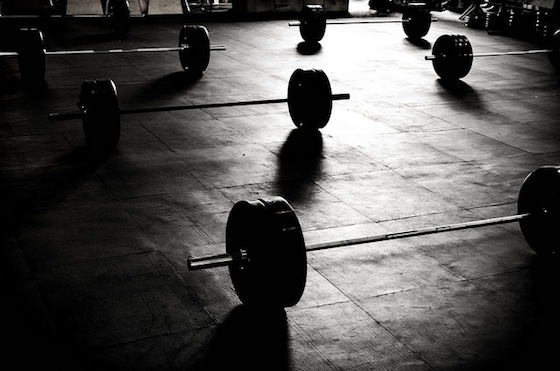 With Pierce Brown’s lately concluded Red Rising trilogy, the phenomenon of the blockbuster Young Adult dystopian novel that brought us The Hunger Games and Divergent has reached its eye-popping baroque. The 28-year-old author’s vision of the future divides the human race by the genetically engineered color of their skin, hair, and eyes. Reds toil at the very bottom—working-class miners scraping by in the bowels of Mars—and Golds sit at the top—decadent, well-muscled legacy cases for whom higher education is more of a hazing ritual, and whose pastimes include murder and interplanetary warfare.

As Red children are raised in the tunnels and forced to work, Gold offspring are, like their Park Avenue analogues, left to tutors and attendants, eventually heading off as teenagers to the grueling “Institute,” situated in a lush countryside dotted with castles and forests that serves as a playground of death and brutality. Meanwhile, there are also intermediate colors: blue pilots, gray policemen, silver moneylenders (including, uncomfortably, one farcically overweight financier with “fleshly lips,” a “humped nose,” and “hunched simian shoulders”), as well as tragically noble Pink sex slaves. It’s a racially organized society, in other words, that is ripe for upheaval.

In Brown’s hands, the ubiquitous sci-fi theme of resistance and revolution feels simultaneously dead and hyperactive, as if reanimated by several stabs of adrenaline to the heart (indeed, Morning Star even begins with the main character summoned back to life by a shot of “snakebite”). It’s just what we’ve come to expect from risk-averse publishers feeding risk-averse production companies: great new look, same old stuff. Brown therefore gives us a familiar hero for our time: a white, able-bodied dude ready to defeat the evil empire once and for all. But despite a reliance on tired tropes, or perhaps because of it, the trilogy opens a window onto the millennial male culture from which it emerged and at which it is very clearly aimed.

The story goes like this: a 16-year-old Red named Darrow watches as his wife Eo is executed on live television after singing a forbidden song and imploring the world to “break the chains.” He is then radicalized and recruited by a resistance movement called the Sons of Ares, who plan to put him through painful plastic surgery and a grueling movie-montage-ready training regimen so he can infiltrate Gold society.

Like a suburban kid arriving in West Hollywood for the first time, provincial Darrow encounters a world of “biomodifications and flesh implants,” where, in Brown’s awkward but revealing formulation, “the men are freakishly muscular and tall … they flaunt their muscle like girls showing off new toys.” Here he betrays the resentment that sets the entire series in motion: Golds are not true heroes. They are, in Brown’s vocabulary, “pixies”—an epithet for sissy Golds unqualified for the trials of the Institute—whose steroidal features disguise their essential femininity. What is called for, we are led to believe, is a CrossFit revolution, wherein a combination of strength of character, physical might, and brotherly endurance will be justly rewarded.

Rather than defeat his oppressors as a scrawny Red, Darrow achieves his apotheosis by becoming a sort of resurrected “Iron Gold,” the authentically straight kind that founded the empire in the first place—gods among men both physically and intellectually. As a testament to this, we are encouraged to marvel at how fast he can “speed-listen” to The Iliad, Ulysses, Metamorphosis, and Lord of the Flies, as if we needed any more proof that in the minds of many young people, literature is now just another hoop in the grand contest for college acceptance letters. We know he’s ready when a female trainer echoes so many cringe-worthy makeover movies by submitting the all-important verdict: “You’re beautiful.” So much for Red pride.

Unironically, then, and without much self-awareness, Darrow pursues the logical outcome of his uniquely SoCal resentment: he out-Golds the Golds. With bioengineered strength and intelligence, his surgically acquired power makes him a hero (one who oddly insists that he “did not cheat” when his stellar test scores are questioned at the Institute). Brown largely ignores the internal conflict that might result from these manufactured superpowers, along with the limits of meritocracy that they lay open; instead he walks the well-worn path of bildungsroman comeuppance that replicates the heroic individualism of YA staples like Ender’s Game, wherein the gifted and talented rise to the top and the resentful weaklings are thankfully left behind. 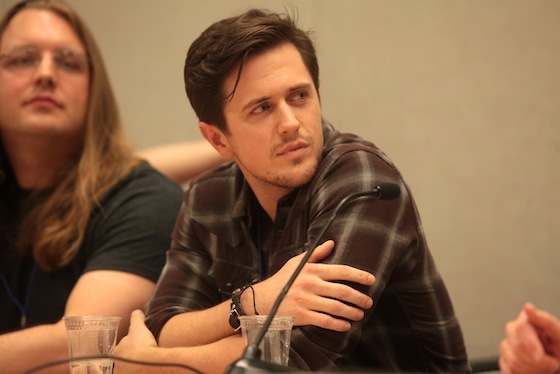 In this way, Brown sets the stage for a coup that can only result in what Carole Pateman, in the heyday of 1980s feminism, called “fraternal” patriarchy: the rules of the game stay the same but now the bros are in charge instead of the tyrant.1 Don’t take the scythe on the cover of Morning Star too seriously—liberalism emerges unscathed, and everyone is still rewarded according to their (artificially enhanced) ability, not their need. Sure, Darrow’s a champion for the disabled, the lower colors, the misfits, and even several gay characters. But he is always their Gold great emancipator, gregarious, tender, even homoerotic (despite disclaimers to the contrary) with his blond-beast brethren, and often scornful of the multitude he leads.

By the same token, “The Society,” as the series’ evil empire is straightforwardly called, nostalgically evokes emblems of past struggle without attending much to the complex inequality of our own time. Reds speak a kind of Welsh brogue in a nod to the mythologized struggles of coal miners in the 1980s, while Golds call each other “my good man” and take fencing lessons. Then there are all the revolutionary sound bites from Intro to Western Civ: “Man was born free,” says the series’ white Toussaint Louverture to his battalions, “but from the ocean shores to the crater cities of Mercury to the ice waste of Pluto down to the mines of Mars, he is in chains.” Despite all the good intentions, it’s hard not to groan at such easy-open, re-sealable revolutionary feeling.

There is at once a communist, or “demokratic,” repudiation of the genetic hierarchy in Brown’s fictional universe, and an embrace of its techniques, imagery, and savagery, its Triumph of the Will optics and fascist grandeur. On the eve of battle, Darrow laments his war against the Golds: “We have never seen a race quite like them, nor will we again.” He calls them “falling angels. Precious, flaring so brilliantly across the sky before disappearing beyond the horizon.” While it comes as a relief that Brown injects a bit of complexity into his hero’s attitude toward his oppressors, it would take a serious lapse in judgment to buy that Darrow would think of his family’s murderers—their entire “race”—in such nostalgic terms, especially given his frequent disavowal of the essentialism normally attached to race.

The Reaper, as Darrow comes to be known, is our moral true north, but he is constantly indulging in the libidinal joy of doling out death. We’re treated to the “pop and give” of someone’s heart, for example, as Darrow lances it with his version of the light saber, an even more phallic red-hot whip that can become erect at a moment’s notice. In keeping with Brown’s obsession with bodies, especially male ones, people are often reduced to meat. In one battle, flesh-melting “pulsefire” shreds bodies apart and fills a room with “meaty” smoke, “fat tissue charred and crispy.” It is unclear how we are meant to feel about this irruption of gore: Disgusted? Turned on? Hungry?

At the end of Morning Star, several million people die in a major nuclear attack. But rather than attend to this, Brown turns to the jocular exchanges among Darrow and his pals as they make fun of one another, flip the bird, and so on. Genocide and revolution are just the backdrop for a much more pleasant drama about housemates standing up for their bro Darrow. It’s a story that, more than any of the revolutionary themes or dystopian details, speaks to contemporary feelings of isolation that so many young people have as they approach the fierce competition of today’s job market. Brown’s response to the world of inequality he paints, however, does not rest on the total reorganization of society, as Darrow’s inspirational speeches and lofty revolutionary aims might at first suggest. Those speeches are meant to inspire our awe for Darrow as a leader more than our desire for justice. By its conclusion, this trilogy appears to be just another escapist fantasy—a thrilling, if exclusionary, lesson in the irrepressibility of a small and elite cadre, uncommonly athletic and loyal only to each other, as its members seize the power they deserve.

“Revolution” it turns out, is a flavor, with the main substance remaining the same: a handful of colossal heroes fight to the death in a throne room. And when a new order is finally established at the end of the day, we are left with a sense that the best thing that can come out of such violent upheaval is a slight modification of the status quo.

Brown is clearly responding to deepening class consciousness among many in his generation. It is only a shame that he missed a real opportunity to speak to the limits of meritocracy and liberalism that lie at the heart not only of his world but also our own. Instead we get a dizzying testament to heroic CrossFit individualism and fraternal patriarchy, the cheap commodification of populism, and the requisite deluge of hyperbolic visual-effects, all deployed to dazzle us in lieu of an exploration of the political and social “what if.”

The Young Adult world is now both unapologetically violent and politically apologetic. The Hunger Games, for example, presents us with its own easy answers: all power is bad, all humble domesticity is good. Is it too much to ask for a revolutionary YA novel that is actually revolutionary?