Can Objects Be Evil?
Addiction by Design is a nonfiction page-turner. A richly detailed account of the particulars of video gaming addiction, worth reading for the excellence of the ethnographic narrative alone, it is ... 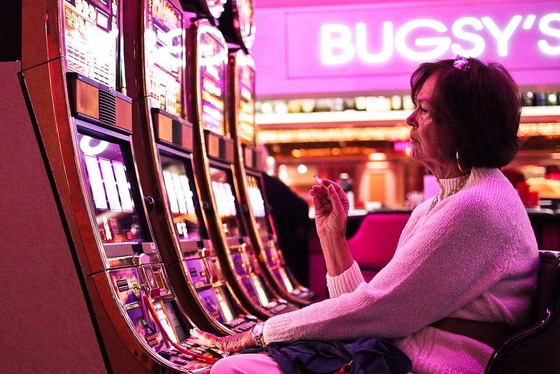 Addiction by Design is a nonfiction page-turner. A richly detailed account of the particulars of video gaming addiction, worth reading for the excellence of the ethnographic narrative alone, it is also an empirically rigorous examination of users, designers, and objects that deepens practical and philosophical questions about the capacities of players interacting with machines designed to entrance them. Many books that make worthy contributions to the theoretical literature of a particular field are slogs to read. Addiction by Design is as compelling as a horror story—a sad, smart horror story that calls off the Luddite witch hunt (Down with the machines!) in favor of an approach that examines the role of gaming designers within existing social systems of gender and class disparity.

The most popular gaming machines serve up video slots and video poker. They run on paycards because inserting cash and coinage slows down the rate of play, compromising the experience. By the mid-1990s in Las Vegas, Schüll reports, the vast majority of people at Gamblers Anonymous meetings were addicted to machines—not the table games, ponies, or lotteries previously associated with problem gambling. In 2003 it was estimated that 85 percent of industry profits nationally came from video gaming. For the people (mostly women) who become addicts, the draw of the machines has little to do with the possibility of winning big. Problem gamblers are attracted to the machines because they offer portals to an appealing parallel universe in which they can disconnect from the anxieties and pressures of everyday life. One of Schüll’s interviewees, Mollie, explains, “It’s like being in the eye of a storm, is how I’d describe it. Your vision is clear on the machine in front of you but the whole world is spinning around you, and you can’t really hear anything. You aren’t really there—you’re with the machine and that’s all you’re with.”

Mollie’s experience is typical in at least two ways. First, she has a traumatic past that predisposes her to addictive behaviors. Second, she repeatedly spends all that she has in binges. But before we blame Mollie and other victims and then expound the benefits of 12-step programs with earnest optimism, Schüll asks readers to consider the insidious dependencies that arise between machine designers, casino owners, and gamblers, especially “problem gamblers,” whose struggle to control personal spending generates 30 to 60 percent of casino revenue. Schüll’s Addiction systematically builds on her basic argument that, “just as certain individuals are more vulnerable to addiction than others, it is also the case that some objects, by virtue of their unique pharmacologic or structural characteristics, are more likely than others to trigger or accelerate an addiction.”

Schüll describes the progression of changes the industry has introduced in search of higher profits. For a while, ergonomics was economics. Then high-priced animators were hired to design pleasing sounds and animations to reward winners. But some players were annoyed that the animations were too slow, so the animations were dropped. Play sped up. Faster play was great for increasing dopamine delivery to the brain. It also tended to speed players toward the end of their credits, which lowered their loyalty to particular machines and the casinos that housed them. Chip-driven gaming allowed designers to respond to this problem by tweaking the programs so that frequent small wins (often less than the cost of playing a single hand) kept dopamine surging while players’ cash trickled steadily into casino coffers. One player in a gambling support group compared video machines to crack cocaine, a comparison frequently repeated by researchers and psychologists.1 By some accounts, the recidivism rate is now higher for gambling than for any other addiction.