Can Photography Be Decolonial?
Can the inherent contradictions of “whiteness” and the “decolonial” ever align with the reparative potential of photography? 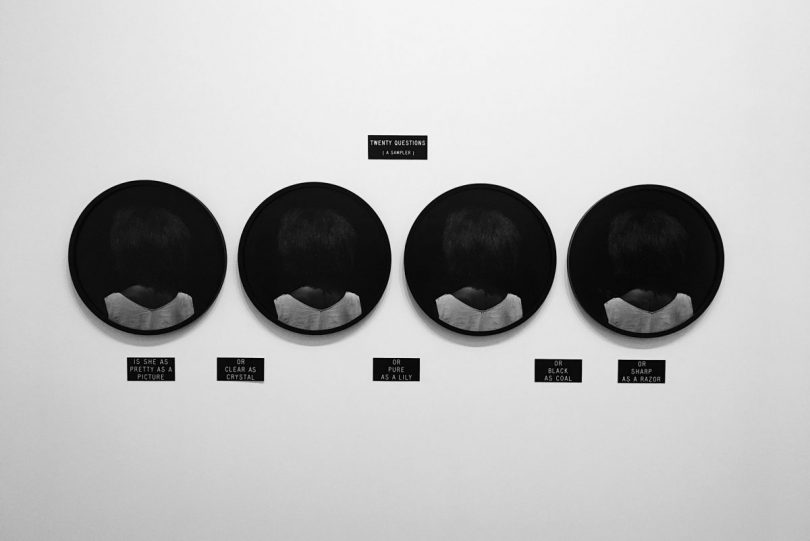 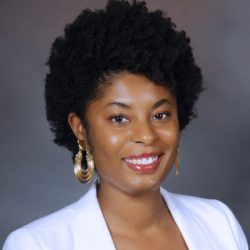 Photos never die. But the stories attached to them can fade away. Records of guilt, innocence, justice, kinship, and love can all be lost if these photos aren’t revisited with the intention to repair, remember, or commemorate. Cameras of all sorts—from the commercially manufactured to the handmade—are part of this memory work. Darkroom processing, printing, and curating contribute to memory work, too. And yet, it is really up to individuals to share—and to remember—what each photographed moment really means.

It takes an attentive spectator to imagine what’s beyond the frame. Art historian Shawn Michelle Smith—in her new book Photographic Returns: Racial Justice and the Time of Photography—examines the famous photograph of Emmett Till’s corpse. Smith admits that this photograph is difficult to look at; but even this powerful image doesn’t convey the visceral nature of the crime that led to Till’s death. Nor does it convey the wailing of his mother, Mamie Elizabeth Till-Mobley, at the funeral of her murdered son. Smith’s interpretation emphasizes that Till was feared by some and loved by others. That photograph is, and will always be, alive.

A different absence is evident in Jennifer Bajorek’s Unfixed: Photography and Decolonial Imagination in West Africa. In the book, Bajorek calls out her own “blindness,” and its impact on her fieldwork in Saint-Louis, Senegal. She was in Africa to do interviews about the deceased studio photographer Mouhamadou (Doudou) Diop. There, Bajorek focused her energy on interviewing Diop’s son André, who told her about the social importance, and liveliness, of his father’s lucrative studio photography business.

Yet, while André’s recollection gave shape to the trajectory of Bajorek’s book—which is about decoloniality in the 1960s—his account also obscured an important collaborator in Diop’s practice: the photographer’s wife, Ndèye Teinde Dieng. In an unexpected and barely documented moment, Ndèye confessed to printing, and essentially coauthoring, many of Diop’s photos.

Ndèye practiced the specialized skill of darkroom photography in an era (and a place) in which she was expected to show deference to her husband and protect his legacy. That her confession made it to the pages of Bajorek’s book is a testament to the unpredictability of fieldwork and the messiness of history. The emergence of this information also acts as a cautionary tale. Decolonial work can only go as far as our questions and methods allow.

Given the issues exemplified by Smith and Bajorek, can there really be decolonial photography? Put another way: Even when photographers and critics are expressly working toward decolonialism, can photographs themselves ever be said to be “decolonial”? And, more to the point, can the inherent contradictions of “whiteness” and the “decolonial” ever align with the reparative and commemorative potential of photography? The stakes of these questions are considerable if justice is something worth believing in.

The story behind a photograph may be aspirational or marked by confrontation. Investigating the (decolonial) possibilities of each story takes time, and it takes guts to process what’s recovered.1 Maybe it’s this clandestine dimension of a photograph that makes it legendary, unforgettable, or Art with a capital “A.”

Consider Deborah Luster’s photograph of Matthew Haynes, from the One Big Self series (1998–2002). Haynes, a black man, is pictured on the cotton fields of Louisiana’s Angola prison, where he was serving a life sentence. This solemn portrait of Haynes summons—for viewers ready to contemplate it—the memory of enslaved persons and sharecroppers in the Deep South.

Haynes’s portrait can ricochet the viewer from present-day Louisiana to the 19th century, when the 13th Amendment abolished slavery in all forms—except as a punishment for crime. This is what photographic time can do. It complicates the gains of a historical “win” (emancipation) to reveal an ongoing injustice (the prison-industrial complex). In line with activism and scholarship about the carceral state, this approach to photographic time allows us to see the past and feel its effects in our present.

Smith’s description of Haynes’s portrait has a crescendo effect: the photograph is introduced with a vignette that intensifies as she folds in facts, anecdotes, and theories about antiblack racism in the United States. Her writing reveals the importance of photography in recording, and memorializing, the history of a country.

In this specific instance, the institution of the prison-plantation meets another kind of institution: photography. Mugshots and other forms of carceral identification create a visual vocabulary meant to accuse, confine, and patrol. This reminds me of how Joseph T. Zealy’s photography was used as scientific evidence for racial difference, which bolstered white supremacy.

West Africa to the United States

Can photographs, in dissolving the time separating the past from the present, show viewers new ways to think about, and create, justice? Shawn Michelle Smith proposes that visual artists working in the last decade have already predicted the future by historicizing inequity. History, in other words, hasn’t failed to repeat itself.

Photographers of the early 2000s, Smith says, were deeply invested in the emotional and affective registers of the picture field. A strategic reenactment could bring back the feeling of an event or summon a person’s ase (power/life force). Artists such as Rashid Johnson, Carrie Mae Weems, and Lorna Simpson aimed to achieve these effects. They restaged popular subjects that were immortalized by technological reproduction. Smith calls this phenomenon the “photographic return.” Returning to the past resurrects the dead, and the unresolved promise of racial justice.

These artists are increasingly focused on dignifying the forgotten and ennobling those who seek justice. Smith examines The Innocents (2002), a series by photographer Taryn Simon that reveals how unreliable narratives wrongfully, and overwhelmingly, incriminate innocent black men in the United States. Similarly, the photographer Rashid Johnson revisited the likenesses of Frederick Douglass (2003) and Emmett Till (2008) to double-back on American’s history of antiblack racism.

The business of photography is no stranger to sexism or structural racism.

Smith starts with a selection of images that are ingrained in the United States’s popular memory: Frederick Douglass’s perfectly parted hair, VanDerZee’s bourgeois Harlem, and cotton fields of the Deep South, to name a few. We may recognize these subjects, Smith says, because of highly circulated photographs. We may also remember these subjects because of the stories and affective experiences attached to these photographs. Pictures, in other words, have feelings and memories, too.

The charm in Smith’s writing lies in its ability to pair images (archival, vintage, popular) with reinterpretations by contemporary artists. These visitations—or, as she calls them, returns—magnify the persistent terror of white supremacy in the United States. Her chapters all bring readers to see the obvious and forgotten aspects of antiblack racism. The book positions these photographs as reminders that justice in the United States has not yet arrived.

The business of photography is no stranger to sexism or structural racism. The renowned black photographer James VanDerZee (1886–1983), as Smith reminds us, was nearly destitute toward the end of his life. Technology evolved, his bourgeois black clientele left the neighborhood of Harlem, and the discriminatory practices of New York’s art institutions limited his professional prospects. Smith tells this story by way of Lorna Simpson’s work—showing the revelatory power of the photographic return.

As in the Americas, technological “progress” on the African continent was often tethered to coloniality. Bajorek records how African photographers were barred from participating in the market by their French competitors. They were sold “secondhand and broken equipment, as well as expired films and papers.”

Bajorek gives the example of French business owners, such as Pierre Garnier (a mentor to renowned Malian photographer Seydou Keïta), who used “protectionist tactics” to limit their apprentices’ growth. She explains that an African trained in developing film would not be taught the final stages of printing. Deliberately restricting access to darkrooms and photographic processes were common strategies for Frenchmen interested in maximizing their own profits. They aimed to diminish the technical, economic, and imaginative range of their African competitors.

Some contemporary artists, curators, and historians choose to be transparent about their methods and collaborators, especially in regard to the decolonial imagination. The practices of Gerardo Mosquera, Elvira Dyangani Ose, and Jennifer Bajorek, for example, speak to the importance of collectivity and transparency in work that attempts to resist the neocolonial order, or imagines new terms of political engagement and exchange.

For a willing spectator, whiteness is present within collaborations (between photographers, authors, or curators and their subjects/interlocutors) that attempt to dismantle the colonial imagination. Bajorek, who identifies as a white author, also claims to be part of the “international research community [that has] begun to travel the reverse trajectory, to work on and with west African collections in situ—rather than bringing the photographs home with us.” Her approach, documented in Unfixed, fits squarely into contemporary debates about the ethical practice of repatriating art objects.

We’ve seen how these issues emerged in relationship to the modernist hype for “exotic” and “primitive” things. In more recent history, the rush for African photography has resulted in the mass departure of photographs from the continent. Thanks to this second Scramble for Africa (as Bajorek calls it), many of these photographs live in European collections and circulate in curated exhibitions outside of the communities from which they came. 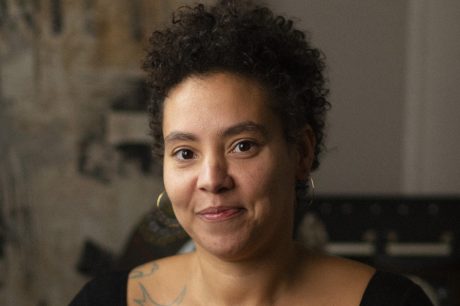 “There Are Black People in the Future”: An...

The desire for decolonial collaboration and transparency also has its contradictions. Writing that has emerged from an array of disciplines—from visual culture (Nicholas Mirzoeff) to black studies (Alexander Weheliye) and anthropology (Yarimar Bonilla), to name a few—shows that these proposed methods of decoloniality operate within, and therefore uphold, systems of (neo)colonial power.

In the world of fine-art photography, one project that exposes these complications is Too Hard To Keep (2010–present). Too Hard To Keep unintentionally shows that whiteness can choose to be inconspicuous. Conceptualized by the artist Jason Lazarus, this project is an archive of photographs “that are too hard for people to keep but too painful to destroy.” The existence of this ongoing and participatory work depends on an exchange between the artist-archivist and his audience—which is mostly white.2

Too Hard To Keep demonstrates that whiteness (as a social construct) allows people the choice to discard unwanted pain. Smith’s reading of this project reminds us that the donated pictures aren’t just hard, “they are too hard.” She situates that choice (to discard pain) in contrast to the unforgettable photograph of Emmett Till’s swollen, battered face. We can’t discard that pain.

Photography offers hard evidence of injustice and colonial violence. For those willing to imagine beyond the frame, narrative can either uphold or dismantle illusions of power. It can similarly craft worlds that nurture one’s strongest desires. Photographs, it seems, can contribute to a decolonial future, but only if we see them not as art or evidence, but, instead, as one artifact among many that might point toward justice. 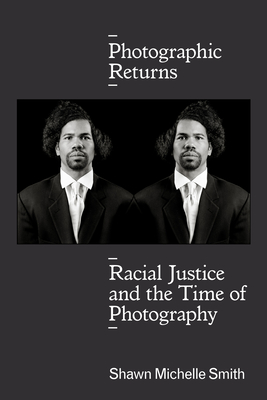 Photographic Returns: Racial Justice and the Time of Photography 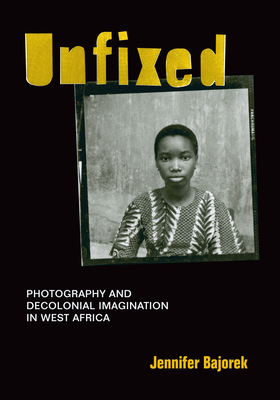