Can We Stop Both Crime and Incarceration?
Everything you have been told about the American criminal justice system is wrong. Or at least not completely accurate. In our current moment of political polarization ... 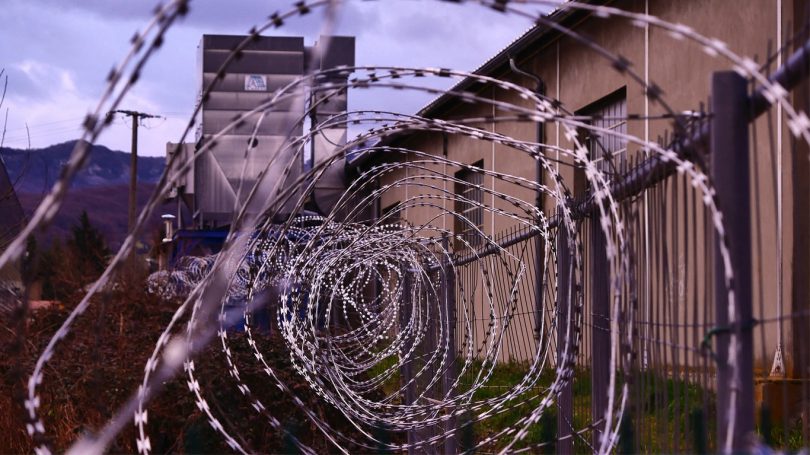 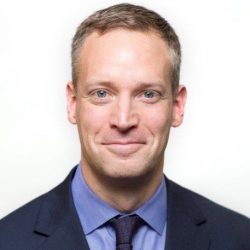 Everything you have been told about the American criminal justice system is wrong. Or at least not completely accurate. In our current moment of political polarization, both liberals and conservatives are making hay out of attacking the criminal justice system. Each side offers a competing dystopian narrative, yet neither is fully accurate and neither, in the end, offers a true path to reform.

The right regularly conjures visions of “American carnage” on our streets, fueled by immigrant-crime sprees and “black-on-black” shootings. “I’ll be able to make sure that when you walk down the street in your inner city, or wherever you are, you’re not going to be shot,” Donald Trump declared during his presidential campaign.

While the right is obsessed with the specter of violence, the left is absorbed by a different problem: over-incarceration. The left’s message is no less despairing, however, focusing on the ills of solitary confinement, racial disparities, and the criminalization of poverty.

There are several things wrong with the bleak pictures painted by partisans on both sides of the aisle, as two new books about incarceration and violence make clear. In Uneasy Peace: The Great Crime Decline, the Renewal of City Life, and the Next War on Violence, NYU sociologist Patrick Sharkey highlights a fundamental problem with the “American carnage” narrative. According to Sharkey, we are living through the “end of the era of violence” in American cities, yet this reality doesn’t seem to have filtered into the bloodstream of the American polity. “If 2014 was the safest year in the nation’s modern history, many Americans didn’t seem to know it,” Sharkey claims, pointing to survey data that suggests that many Americans mistakenly believe that crime has risen over the past 20 years.

What accounts for this phenomenal misunderstanding? According to Sharkey,

Media bias is exacerbated by a tendency, among many different actors, to distort perceptions about the degree of violence in society. Politicians on the left are reluctant to acknowledge that conditions for the poorest Americans have improved, and politicians on the right are loath to admit that the behavior of the poorest Americans has changed in a positive way. Activists who work against violence and researchers who study violence have a strong incentive to present the problem that drives their work in the most urgent terms possible … To borrow the words of Steven Pinker, who wrote the definitive book on the decline in violence over the course of human history, “No one has ever recruited activists to a cause by announcing that things are getting better.”

In attempting to explain why things have improved, Sharkey acknowledges that increasing police presence on the streets and rising incarceration rates contributed to the crime decline. But he highlights another factor that had previously gone unnoticed: the rise of community organizations.

Sharkey’s research suggests that as the number of community nonprofit organizations grew over the course of the 1990s, violent crime rates fell. Sharkey casts a wide net in conducting his analysis, including business improvement districts, community centers, anti-violence programs, and other kinds of nonprofit enterprises. 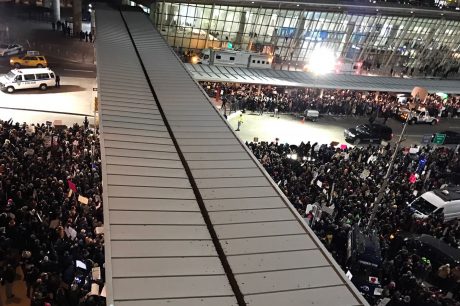 Sharkey’s findings may be new, but the roots of his central insight go back at least as far as Jane Jacobs’s The Death and Life of Great American Cities. Echoing Jacobs, Sharkey suggests that the improvements in public safety in American cities were the product of years of unglamorous work by community groups and local residents who sought to reclaim public spaces from those engaging in criminal behavior. According to Sharkey, the primary beneficiaries of these changes have been marginalized groups, including African American men.

Sharkey is no feel-good huckster. He acknowledges that the public-safety gains of the past generation have come at a considerable cost. He does not deny the bitter realities of urban life, including persistent poverty, police violence, and disparate racial outcomes. He concludes that “the new American city is historically safe but shockingly unequal.”

While Uneasy Peace complicates the story of violence in America, Ernest Drucker’s Decarcerating America: From Mass Punishment to Public Health offers a measure of hope to those concerned by the United States’ overreliance on incarceration.

As has been well documented, the United States has the highest prison population rate in the world, at 716 per 100,000 people. Drucker’s book attacks this problem from a variety of angles. A professor at NYU’s College of Global Public Health with a long history of hands-on work in the field, including running a drug treatment program in the Bronx, Drucker has compiled a collection of 14 essays by thinkers and practitioners interested in fundamentally transforming the field of criminal justice, replacing punishment with an emphasis on public health.

In his introduction, Drucker argues that “a growing momentum has emerged to end this nation’s globally unique overreliance on incarceration. … Although federal policy is influential in setting both law and tone, criminal justice remains largely a state-based and local issue—and often a bipartisan one. So there remains reason to be hopeful, regardless of the spectacle of presidential politics.”

In short, no matter how many tweets President Trump sends out about crime, the real action for criminal justice reformers is not in Washington, DC, but in hundreds of cities and towns across the country.1 The statistics back up this claim. As the MacArthur Foundation’s Safety and Justice Challenge, a national jail reduction initiative, has documented, there are nearly 12 million jail admissions annually—almost 19 times the annual admissions to state and federal prisons.

There are several things wrong with the bleak pictures painted by partisans on both sides of the aisle, as two new books about incarceration and violence make clear.

The refreshing thing about Decarcerating America is that it is a solutions-focused book. While the quality of the essays (and the ideas therein) varies widely, all of the authors seek not just to decry a broken system but to proffer meaningful remedies. For example, gabriel sayegh argues for the decriminalization of drugs and investments in harm reduction programs. Elizabeth Gaynes and Tanya Krupat make the case for family impact statements prior to sentencing as a way to promote leniency and encourage judges to take into account the long-term consequences of incarceration on children and other family members. Natasha Frost, Todd Clear, and Carlos Monteiro put forth six concrete ideas for reducing the use of incarceration, including cutting down on the number of parolees returned to prison for technical violations like missed appointments or failed drug tests. They conclude with this stark observation: “There is no question in our minds that the vast majority of those currently incarcerated in prisons around the country could be released with a negligible impact on public safety.”

But perhaps the most important essay in Decarcerating America is the one authored by Judith Green and Vincent Schiraldi, which uses New York City as a case study. According to Green and Schiraldi,

Between 1996 and 2014, the city’s combined rate of population incarcerated in prisons and jails declined by 55 percent, while the combined incarceration rate in the remainder of the United States rose by 12 percent. Despite the fact that the city’s population grew by more than a million people between 1996 and 2014, the real number of New Yorkers incarcerated in prisons and jails declined by 31,120 during that time. Simultaneously, index crime—the seven types of serious crime that are tracked in the FBI’s uniform crime index—in New York City declined by 58 percent.

It is worth taking a moment to let these facts sink in. Contrary to conventional wisdom, New York City has shown that it is possible to reduce both crime and incarceration at the same time—and to do so in significant numbers.

This is not to say that everything is coming up roses for the New York City criminal justice system these days. Anyone who has seen the Eric Garner video or read the Kalief Browder story knows that this is not the case. But the reality is that seismic changes have taken place on the ground in New York City that are neither well known nor well understood. As sociologist Michael Jacobson has observed, the precise causes of New York’s crime decline “will be debated by social scientists until the sun hits the earth.”2 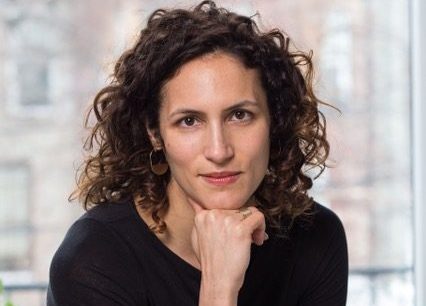 Green and Schiraldi point to a number of factors that have contributed to the New York story, including the reform of the state’s harsh Rockefeller drug laws, the city’s network of alternative-to-incarceration programs, and the fact that the vast majority of defendants facing criminal charges in New York City are released while their cases are pending instead of being held in custody because they cannot afford to post bail. In broad strokes—changing sentencing laws, investing in community-based alternatives, and keeping people out of jail during the pretrial period—New York offers a recipe for other cities across the country that are interested in reducing their use of incarceration.

Taken together, Decarcerating America and Uneasy Peace are a healthy corrective to the pessimistic narratives about criminal justice that dominate the contemporary social media landscape. If you had to boil the books down into a single headline, it might sound like this: “American Criminal Justice System Makes Steady, If Imperfect, Progress: More Work to Be Done before Victory Can Be Declared.”

Of course, this is the opposite of clickbait. You won’t win a Pulitzer Prize or garner thousands of Twitter followers with a headline like this one. But you might come closer to the truth. 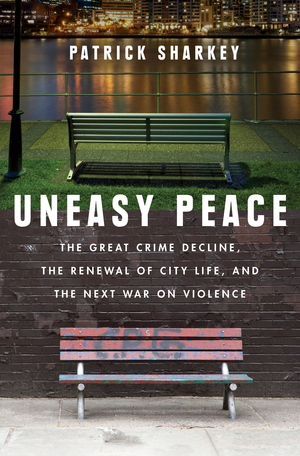 Uneasy Peace: The Great Crime Decline, the Renewal of City Life, and the Next War on Violence 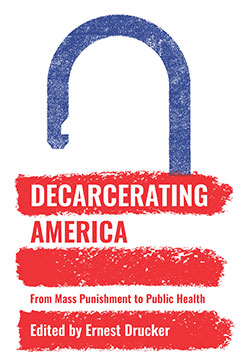