Cancer’s Poison Gift
S. Lochlann Jain’s Malignant: How Cancer Becomes Us is both a memoir of the author’s personal journey as a cancer patient and a trenchant analysis of why preventing cancer has never been an American ... 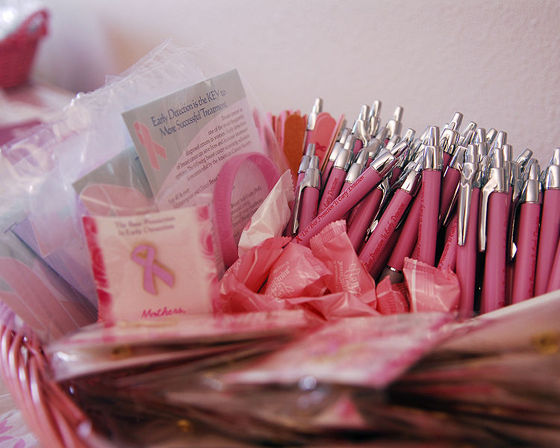 S. Lochlann Jain’s Malignant: How Cancer Becomes Us is both a memoir of the author’s personal journey as a cancer patient and a trenchant analysis of why preventing cancer has never been an American priority, even though it afflicts so many of us. Jain is well known for her work on the cultural, legal, and social contexts that inform American concepts of “injury” as they pertain to consumer products and workplace accidents. In Malignant she once again takes a term—cancer—that is used so frequently it has become almost invisible and pulls rabbit after rabbit out of the hat of its meanings.

The book effortlessly combines the author’s roles as a first-person participant in cancer diagnosis and an anthropological authority on why we Americans tolerate high rates of cancer. As she points out, her experience gives her two sources of authority, one as a patient and one as an “objective” analyst of social forces. Jain captures with humor the unease readers may feel about this combination: “My patient self meets my anthropologist self here, drifting downstream with the alligators.” The alligators are those readers who might feel that her objectivity is tainted, rather than enhanced, by her close personal experience.

Jain extends fears of polluted epistemology by placing poison, both as substance and as metaphor, at the center of the book. She traces connections between cancer rates and the poisoning of the water supply by the US military, the use of cancer-causing poisons to treat cancer, and the radiation poisoning that is part of nuclear culture. Poison also refers to Marcel Mauss’s anthropological classic The Gift that uncovers its subject’s ominous implications: failing to return a gift, or giving inappropriately, can foul relationships.

Mauss calls attention to the way that the giver’s person and sensibilities are always contained within her gift, but the gift also incorporates the personhood of the recipient. For example, a gift that costs too much or too little would show that the giver ignored or disregarded the recipient’s social position. The recipient’s humiliation might render her unable to return the gift, and hence might poison the social relationship.

The German word “das Gift”—which has come to mean poison—captures these social dangers. “Like a Maussian gift, cancer has entered our collective imaginations,” Jain writes. Cancer comes with the gift’s ominous foreboding and Jain points presciently to the stakes involved in cancer’s exchange of things and people. In its production and circulation of carcinogenic substances, American society may be the giver of cancer, placing those who receive it at risk of having themselves and their relationships to others poisoned.

Cancer is a troubling gift: it is both too much, because it implicates all of our major institutions, and too little, because it often comes disguised by trivial pink ribbons. This condition of simultaneous surfeit and scarcity is one of the contradictions Jain identifies that makes cancer seem uncontrollable. On the one hand, the book persuasively identifies cancer rates in the political economy (cancer from the actions of corporations, NGOs, the pharmaceutical industry, clinical research trials, and medicine in general). On the other, Jain finds no proportionate investment in public health measures to prevent cancers from occurring. Pointing to the large numbers of people afflicted and the relatively small number of dollars devoted to prevention and cure, the book argues definitively that major sectors of the US economy would suffer if cancer prevention were taken seriously.

Malignant provides many other telling examples of cancer’s paradoxes. Jain details how Estée Lauder sponsors classes that teach women how to apply makeup after cancer treatment while at the same time fighting against hazardous substance legislation in the cosmetic industry. She shows how the Pink Ribbon campaign transforms the fight against breast cancer into a banal everyday occurrence that can be undertaken by playing sports, driving a car, or buying commodities while at the same time submerging the horror of a cancer diagnosis. She demonstrates that the legal system is willing to hear cases about the harm caused by carcinogenic industrial pollutants while at the same time giving too much credence to the lag between exposure to carcinogens and treatment for cancer.

Living with such contradictions makes it difficult to formulate an effective response to the overgrowth of cancer in our bodies and the overgrowth of cancer rates in our statistics. The numbers that stand for life or death at the hands of cancer play an important role in cancer’s ambiguity. Numbers—statistics and graphs—are ubiquitous in the cancer landscape. Numbers measure survival odds, longevity, treatment effects, and incidence rates of different forms of cancer; they describe prognosis and risk on all sides. But, as Jain shrewdly points out, these numbers are at once profuse and shorn. They enable the prediction of life span but hide the shape of any particular life. The numbers commit a violence of abstraction because they erase the individual persons they lump together.

The kinds of cancer—breast, colon, brain, prostate—also add to the difficulty a cancer patient has of finding him or herself as a single person amidst the general categories. Jain, a deft analyst of psychosexual significance, speaks unsparingly of what it meant to her to lose her breasts as a result of cancer, and, more generally, what it might mean for men to lose theirs. She chronicles unforgettably the loss of particular sexual meanings and specific forms of pleasure. She wants to create “a tiny, hard resistance to the layering on of social shame to the experiences of gender, possibility, and cancer.” Along the way she is sensitive to forms of cancer publicity, like the Pink Ribbon campaign, that, by their choice of models and styles, overwhelmingly speak as if all women and girls were heterosexual.

Malignant’s structure powerfully replicates the uncertainty, hesitation, and delay of the person who is diagnosed and treated for cancer, and who will forever be at risk of a recurrence. The book achieves this effect by telling the reader only gradually what kind of invasive cancer Jain has. First, we hear that her mother had the same diagnosis (so we know it is a kind of cancer that afflicts women); we hear that the type of cancer she has might have been related to hormone treatment (another reason to focus on women’s cancers); we find out she has a mastectomy (now it begins to sound like breast cancer); and that she had found a lump. Finally, halfway through the book, Jain mentions that she took a medication called epirubicin—which Wikipedia tells us is used for breast cancer. The prolonged suspense captures something of the unavoidable uncertainty any cancer patient faces when engaging diagnosis, estimating severity, undergoing treatment, or estimating how long one has to live.

This uncertainty contributes to cancer’s prodigious force. Again evoking Marcel Mauss, Jain calls cancer a “total social fact,” a phenomenon that is at once, in Mauss’s words, “legal, economic, religious, aesthetic, morphological.” Encompassing every kind of social context, cancer overwhelms with lethal excess. Jain emphazing cancer’s proliferating overgrowth of cells in her use of the imagery of decay: why, she asks, do so many of us “rot from the inside out each year, with no way to stop it, while so many known causes of cancer continue to be pumped into the environment?” There is no implication that the metaphor of rotting interferes with the material reality of cancer, as Sontag might have once suggested. But we can still ask what else “rots from the inside out.” What other forces impose disproportionate overgrowth, creating an airless mass that so produced begins to decompose? The replacement of democratic processes by the profit motive? The extension of corporate forms of organization into education or health care? These other forms of putrefaction may lend strength to feelings of futility, so that we are unable to control the incidence and growth of the cancerous tumors that rot inside us.

American society may be the giver of cancer, placing those who receive it at risk of having themselves and their relationships to others poisoned.

Although Jain focuses on cancer’s imposed “cognitive dissonance,” one could easily characterize these devastating and illogical happenings instead as structural, seemingly irrational conflicts that are required for the system to function. Even without the particular horror we associate with cancer, examples of structural contradictions that threaten health and sanity abound. Jain could have broadened her canvas by mentioning the relationship between insecticides and neural disorders, for instance, or the connection between industrial foods and diabetes. Both of these threats to health are similarly paired in maintaining the bottom line of many industries. They also produce ill health that is seldom addressed at its cause.

Where do we go from these disturbing insights? Jain calls for an elegiac politics, a mournful commitment to social action that recognizes circumstances are tragic and that so many have already died. But is there room for anger alongside the melancholy? The illness and death in this book are infuriating, in part, because Jain so astutely analyzes their inevitability given the environmental and economic landscape. There is no question that the fundamental causes of cancer are not being addressed by our policies, by our funding, or by our research. Can comparisons across illnesses, economies, politics offer a way forward? Can revealing the structures and contradictions responsible for their reproduction perhaps inspire resistance?

To broaden the landscape beyond the US, consider chlordecone, a pesticide used on banana crops that has long been known to cause prostate cancer. The anthropologist Vanessa Agard-Jones writes1 that the US FDA halted chlordecone production in 1979 after an industrial accident in Hopewell, Virginia. But Martinique’s banana planters continued to use the chemical sourced from a Brazilian conglomerate, until, finally, in 1993 the French government banned its use in its overseas department. As a result of this long exposure, Martinique now has the highest rate of prostate cancer in the world.

Such poison gifts raise the possibility of refusal. After the recent Haitian earthquake, Monsanto donated a gift to Haiti of hybrid GMO corn and vegetable seeds—coated with pesticides known to be carcinogenic. The farm workers cried “poison gift” and burned handfuls of the seeds at the dock. Could we refuse the poison gift of cancer?

Malignant: How Cancer Becomes Us