Casa de Pueblo: Recovering Spain’s Rural Past
I wish I had an answer, but the truth is, I don’t know what I’m going to do with this dilapidated, 17th-century historic estate that has been vacant since the 1960s ... 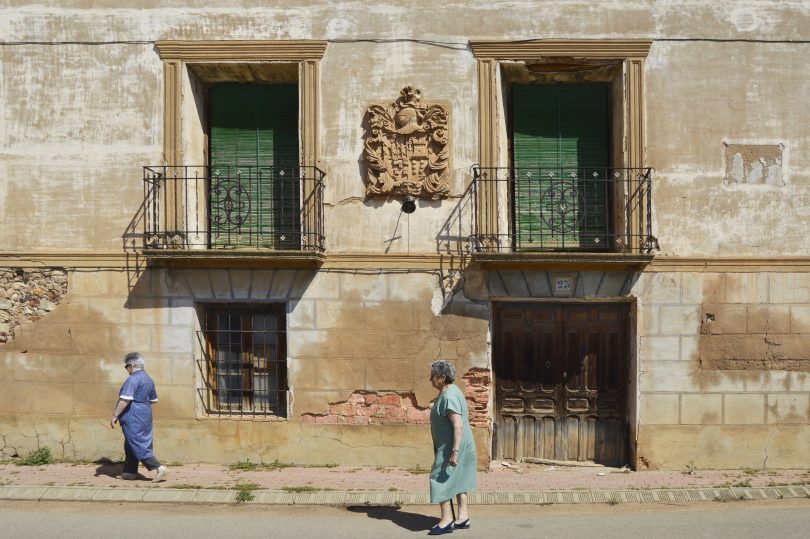 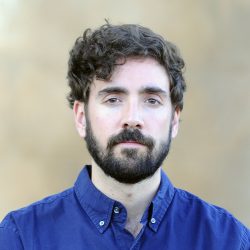 When they notice me, the two elderly women ask if I want them to stop where they are. “So that you can take the picture without us ruining it,” they say, nodding at the large camera on a tripod. I thank them for their thoughtfulness, but I decline: “No, no, go ahead, please. I can wait.” I steal a few pictures of them as they pass by the imposing façade, but they realize what I’m doing. “You should have told us! We’re not well-dressed enough!” they joke. Then they ask: “So, what are you going to do with the house?”

I wish I had an answer, but the truth is, I don’t know what I’m going to do with this dilapidated, 17th-century historic estate that has been vacant since the 1960s. I bought it last year in a fit of romanticism. At the time, I was living in New York City. My brother spotted the advertisement online and forwarded it to me: the last untouched manor house in our remote 300-people Spanish hometown—the town of Used, an hour’s drive from Zaragoza—was up for sale. I knew that if I didn’t buy it, someone else would do it and then demolish it to build something else, as had happened with a nearby historic property just a few months before. I emailed the real estate agency right away to schedule a visit during an upcoming trip to Spain.

One of the façades had partially collapsed, the roof was in terrible condition, the electrical wiring was obsolete, and there was no plumbing at all. The house had been vacant for so long that it felt like a time capsule of different, overlapping historical layers. I entered the stables, the back garden, the three kitchens, the main hall of the piano nobile, the room with the 17th-century stone hearth, the family’s and the maids’ bedrooms, the granary, and the dovecote. The house was uninhabited, but the trunks, the chairs, the half-open cabinets, the paintings, and the dusty chandeliers attested that it had been a house full of life. I decided to buy it. 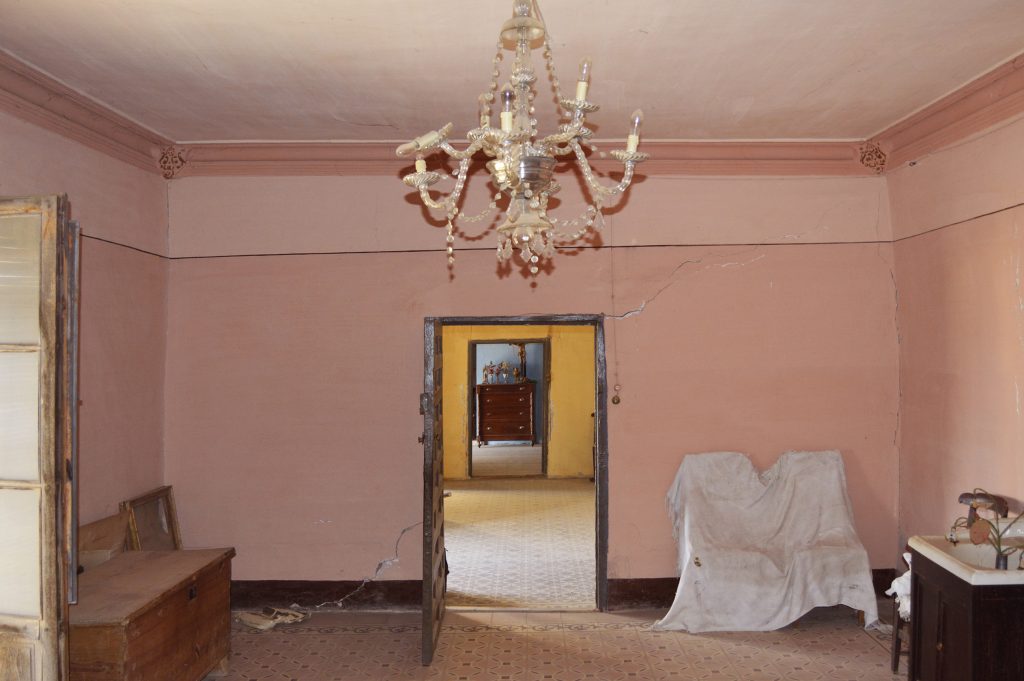 When I entered it again after becoming the owner, my first intuition was to document the house so that I would always remember how I had found it. Resisting the urge to open closets and drawers to see what they were hiding, I took 360 degree images of every room before I moved a single piece of furniture. As I took the photos, I noticed that the downstairs kitchen, the dining room, and a couple bedrooms had been refurbished at some point in the 1940s. The cement tiles, the outdated home appliances, and the chrome beds were unmistakable. Other rooms, however, seemed to have preserved the memories of much older times. 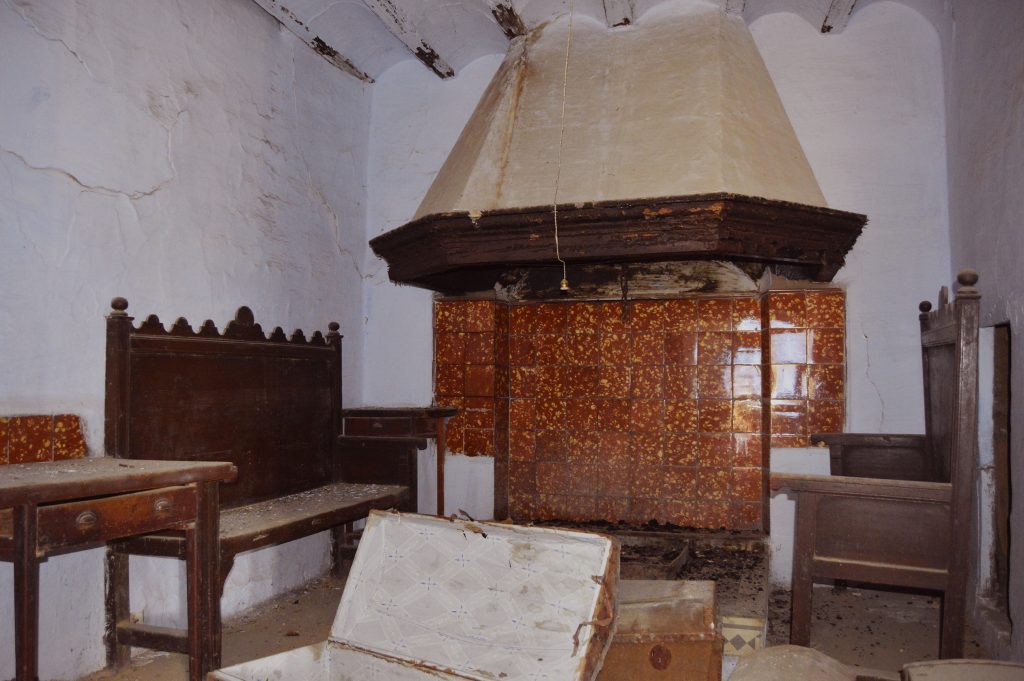 The room with the 17th-century stone hearth, or hogar, with two facing benches, or cadieras. In Spanish, hogar means both “fireplace” and “home.”

The objects I found inside the house represented 400 years’ worth of history: Baroque paintings; tinajas, clay vessels used to store wine, olive oil, and other liquids in a pre-refrigeration age, some still full of honey; and a collection of documents spanning the 16th to the 20th centuries. These documents included a will from 1571, a construction summary of work done to the house in 1682, a fashion catalogue from 1888, and early 20th-century manuals on beekeeping, farming, and the grammar of foreign languages. I even found graffiti in the attic about the price of wheat, written in a four-line stanza and dated 1628. I decided that the project was worthy of being shared with others, and I started @casadepueblo, a bilingual Instagram diary, to show what I was doing.

As soon as news about the purchase spread around the town, it seemed that people started to dig up their memories about the property. One evening, while I was working on the first floor, I overheard three elderly women talking about Don Pedro, the doctor who had lived at the house until his retirement. They were discussing when he and his family had left the town, and one of the women assured the others that it must have been in 1965, a few months after Don Pedro had delivered her daughter. The numerous newspapers I found around the house, as well as the calendar still hanging in the kitchen, confirmed that she was right. 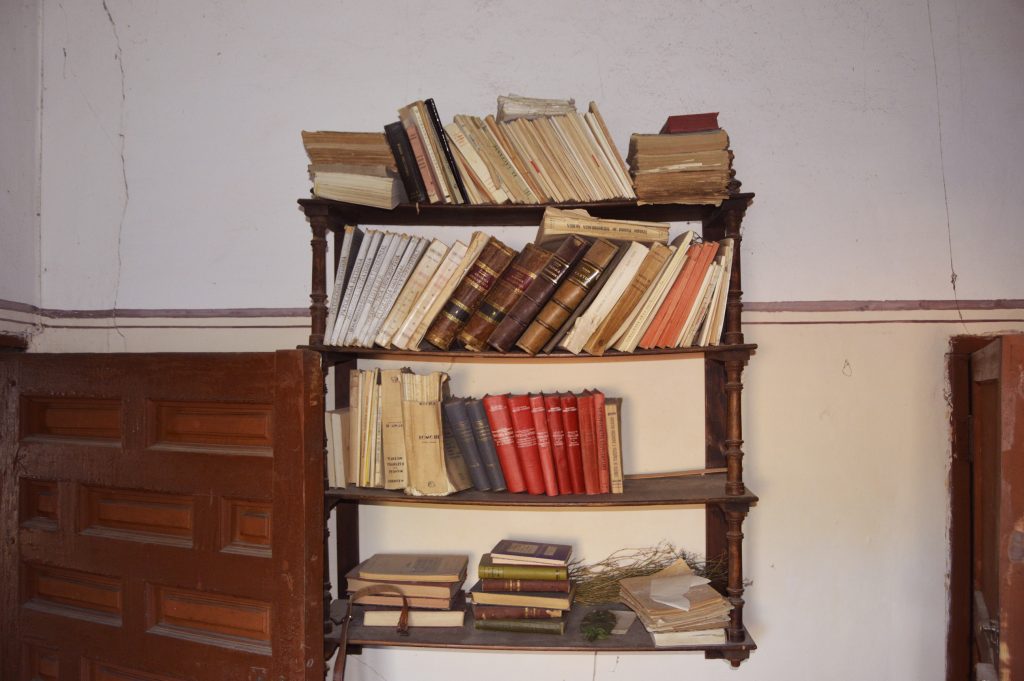 Some of Don Pedro’s medical books in his office.

A few weeks later, while I was working on the entry hall, a woman in her 60s peeked in through the main door. She remembered Don Pedro very well because she lived nearby as kid. She entered the hall, and she kept talking as she moved around the space. She was surprised to see that the stables were exactly as she remembered them, and she asked me if I was going to demolish them—“No one needs mules anymore!” Then, turning to the right, she pointed to a door and she explained me that they had refurbished that room for Pilar, the doctor’s youngest daughter, so that she could see people passing by while working on her sewing.

Even my grandmother had stories about the house. When I told her I had bought it, she immediately asked me to take her to see it. At 93, she was in a wheelchair and she couldn’t enter the house, but it seemed that looking at the main façade brought back a flood of memories. “There is a large hall upstairs, and from there you enter the room with the big stone fireplace. I spent so many evenings there,” she told me. Noticing my puzzled expression, she had to explain to me that she lived close by when she was a kid. “Don Pedro and Doña Pilar were always so nice to me!” she said. I remembered the stories she had told me about her abusive stepmother, and I felt thankful to the people who once welcomed her into their home.

As the end of the summer approached, I started to write down all these anecdotes, and many others that people told my father, my mother, and my aunt to pass on to me. These stories are about the people who lived at the house, like the maid whose trousseau I found in a trunk, unused, because she never got married. They’re also about the fate of the house itself. Once an antique dealer bought some of its furniture, and a group of kids watched how several workers took the piano out and put it on a truck. These stories may seem like just the isolated memories of individual people. But all together, they paint a vivid, choral picture of a time long gone, when this particular town had six times more inhabitants that it has now, and rural Spain had not yet depopulated due to the industrialization of agriculture that occurred in the 1960s.

It was only when I finished compiling the little tales that I finally understood the house for what it truly is, a repository of personal experiences that constitutes the collective memory of the town. The façades of the building, the balconies and windows, the railings, and the rooms that have been vacant for over half a century tell a story that would be impossible to narrate without them—about this place, and about hundreds of other places across Spain that were abandoned due to rural depopulation and changing attitudes toward the countryside. I might not know exactly what to do with the house, but I want to ensure that these stories can be told for many years to come.

All images courtesy of the author.