Charlotte Brontë's Anger
You might think that a museum show about an iconoclastic Victorian author would, in these postelection weeks, constitute a kind of escapism. Not so when that author is Charlotte Brontë. An ...

You might think that a museum show about an iconoclastic Victorian author would, in these postelection weeks, constitute a kind of escapism. Not so when that author is Charlotte Brontë. An Independent Will, assembled by the Morgan Library for the two hundredth anniversary of Charlotte’s birth, provides a lesson in the righteous application of anger.

Like other popular accounts of Brontë’s life, the exhibit does its best to downplay her rage, framing her as a self-sufficient genius worthy of reverent awe.1 Visitors are greeted by an impossibly small dress of blue and white print, the one Brontë likely wore on an epically awkward visit to the novelist William Thackeray. The dress is accompanied by two little breadsticks of shoes and displayed on a headless, handless mannequin in a glass case, more reliquary than exhibit. Many of the other items on display feel equally miniscule, haunted, personal. Tiny, densely written books—the Brontë siblings’ juvenilia—are accompanied by magnifying glasses and mounted like butterflies in eye-level vitrines. Hanging near them, Branwell Brontë’s famous portrait of himself and his more talented sisters looks ungainly. Branwell’s face has been scrubbed out, making him a ghostly presence in the background, while the three awkwardly proportioned girls—Anne, Emily, and Charlotte—stare blankly off in different directions. In the context of the other objects, it seems more like a magnified sketch than a real painting, something little and secretive that has been distortedly enlarged for public view.

Like the protagonists in Brontë’s novels, the appeal of these objects lies largely in the contradictory way they seem to solicit intimacy while keeping us at arm’s length. In her smart, moving 2015 book about the Brontës and their possessions, Victorianist Deborah Lutz writes that she longs to “crawl into and inhabit” Wuthering Heights and Jane Eyre; she feels somehow “known by their heroines.”2 Lutz is hardly alone in these sensations, but identification and its corollary assumption of understanding often seem like inadequate responses to the burning indignation of Brontë and her characters—they seem to want our attention more than our friendship. Consider the page to which the exhibit’s original Jane Eyre manuscript is turned: “Do you think that because I am poor, obscure, plain, and little, I am soulless and heartless? You think wrong! —I have as much soul as you—and full as much heart! … I am not talking to you now through the medium of custom, conventionalities, nor even of mortal flesh; —it is my spirit that addresses your spirit.”3 The scene is erotic; Jane speaks these words seconds before Rochester embraces her. But just as Rochester’s kiss silences Jane, so too does our tendency to answer Brontë’s furious cries with passionate identification seem to misunderstand their aim. Jane isn’t calling for Rochester’s adoration (though she desires that too); she wants a more basic, poignant kind of recognition. She’s demanding that she be valued—not as a love object, but as a person.

Consider too the prickly self-reliance of Brontë’s letters and journals. One note sent to her friend Ellen Nussey includes a remarkable sketch in which Ellen, in a pretty dress and stylish curls, is shown departed for the Continent with a tall, top-hatted man. He clasps Ellen’s hand while extending his other towards a dwarfish, misshapen Charlotte. She smiles, and waves goodbye to the couple in a manner that looks suspiciously like she is shooing them away. “Go that route if you must,” Brontë seems to say, “but don’t expect me to follow.” Other fragments from the years Brontë worked as teacher and governess read like desperate bottled messages flung from a desert island. A journal page from her time as an instructor at Roe Head School shows an exhausted Brontë retreating into a fantasy of Angria, the fictional kingdom she and Branwell created in their childhood. “I cannot get used to the ongoings that surround me,” she writes, “As God was not in the wind, nor the fire, nor the earth-quake, so neither is my heart in the task, the theme or the exercises.”4 Such entries are records of frustration and boredom, but also of resistance. Compelled by economic circumstance and gender norms to labor in a job she resents, Brontë unapologetically lays claim to spare seconds—in the classroom between recitations, in her room before she’s called to tea—to write her own ideas and stories, as if by realizing them she is fomenting a small, private mutiny. 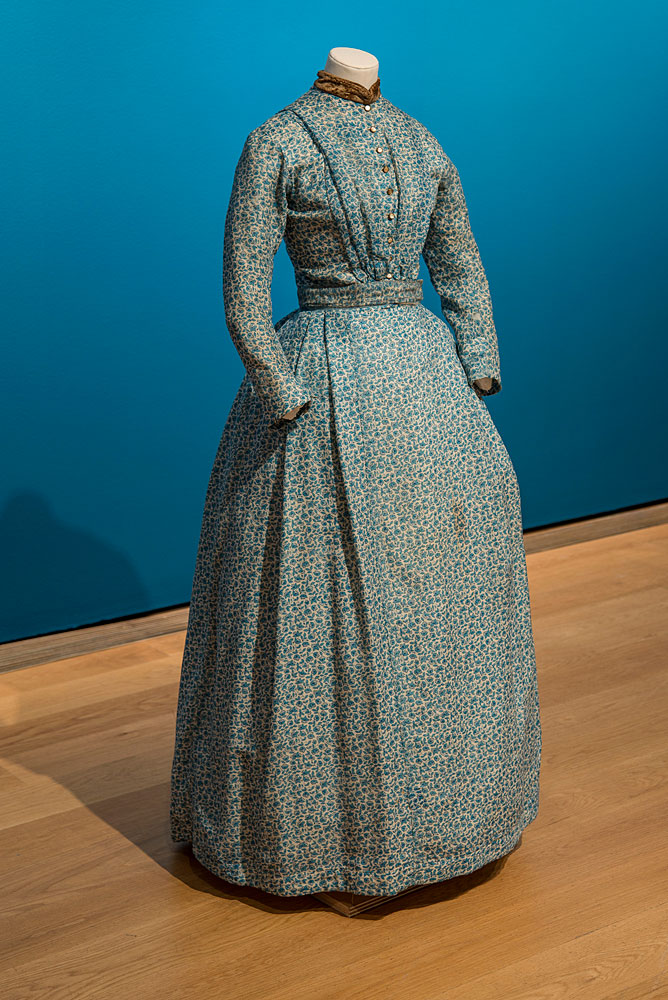 Before Brontë was revealed to be the “Currer Bell” who authored Jane Eyre, Victorian reviewers, certain that “Bell” was a woman, framed the novel as a thinly veiled autobiography.5 Brontë herself, though, demanded something else. In a quote that serves as a kind of epigraph to the Morgan Library show, appearing in its introductory wall text, she states, “To you I am neither man nor woman. I come before you as an author only. It is the sole standard by which you have a right to judge me, the sole ground on which I accept your judgment.”6 The statement is taken from a letter in which Brontë responded to critics, who claimed that Jane Eyre was praiseworthy if written by a man but “odious” if the work of a woman. The placement of this declaration next to a feminine blue and white dress might seem ironic, but in the context of Brontë’s authorial career, it’s appropriate. Brontë eventually revealed her identity to her publisher, and when her true name became more widely known, she continued to insist that she be read as an ungendered author, even after her anonymity had fallen away.

In the wish-fulfilling world of Jane Eyre, the equivalence of human souls promises to nullify the power imbalances of gender, money, and class. Brontë, of course, had no such luck, yet by insistently maintaining an authorial persona distinct from, if inevitably linked to, her “real” identity, she staked her right—forcefully, defiantly, furiously—to a scrap of utopian equality. It’s not coincidental that anger is the dominant emotion in so much of her work. Anger is private and public; it takes its power from its specificity and its universality; it calls out to be heard, and for action to be taken in its name. It can’t be answered merely with empathy or identification. Right now, postelection, it feels good to see a brilliant woman’s anger on display, even if the specific constraints against which Brontë directed her anger seem (for now) very distant. Anger is an appropriate response to the systematic denial of one’s autonomy. It is not paradoxical, Brontë reminds us, to claim a specific identity while demanding equality on the basis of a shared humanity. On the contrary, it’s impossible to do otherwise. 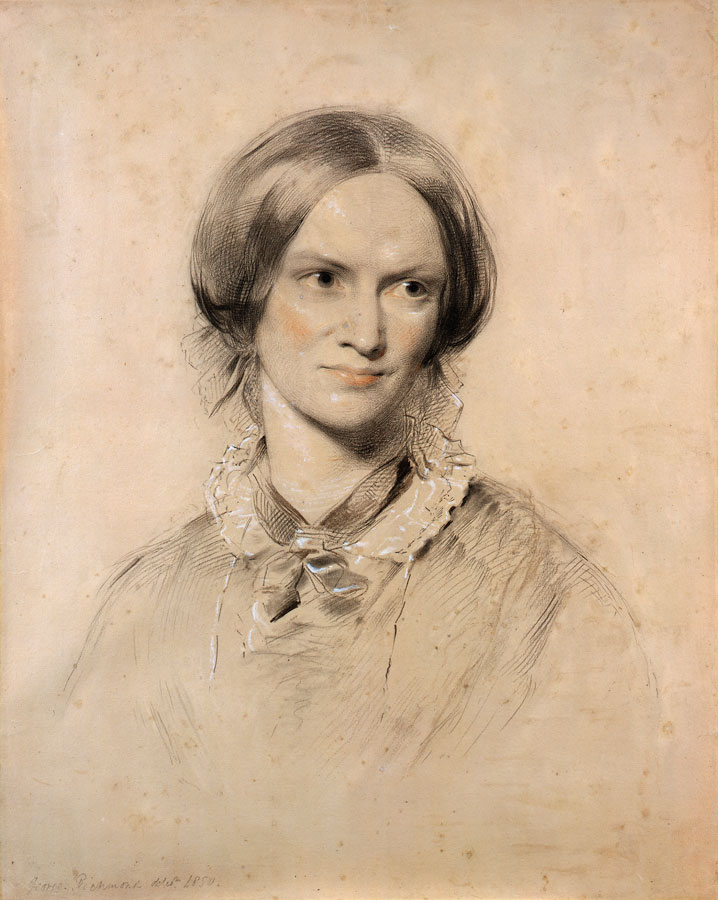 Charlotte Brontë: An Independent Will