China at World’s End
In a galaxy far away, but close enough, an intelligent alien civilization finally realizes that its planet orbits around three suns instead of one. They face the classic three-body problem of ... 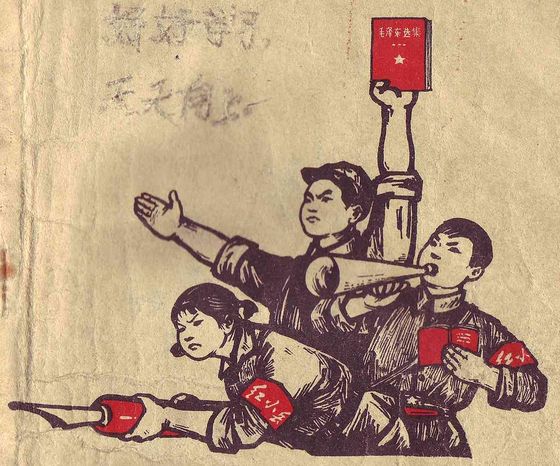 In a galaxy far away, but close enough, an intelligent alien civilization finally realizes that its planet orbits around three suns instead of one. They face the classic three-body problem of physics: like the movement of any three objects in space held by each other’s gravitational pull, the movements of these suns defy prediction. Sometimes they triangulate. Other times they line up. One day they will merge. Fluctuating at unknown intervals between periods of equilibrium and chaos, this three-body gravitational system alternately freezes or scalds or vacuums up its lone planet, and there is simply no way to tell when or for how long the planet survives. With every reset, this alien planet advances its life forms and its civilizations as much as possible until the next obliteration. After eons of this, however, the aliens have finally had enough: they search for a planet to colonize and eventually set their sights on Earth.

This is the premise of The Three-Body Problem, the Chinese massive best seller that has finally appeared in English. The novel, together with its prequels and sequels, has enjoyed a huge following in China, where it won the Science Fiction Galaxy Award in 2006. Released last November in an English translation by Ken Liu (himself a winner of Hugo, Nebula, and World Fantasy awards), Cixin Liu’s novel has picked up a host of accolades. Reviewers have praised the book’s genuinely original account of our current global ecocatastrophe and a world without humans. Approaching end-of-the-world scenarios from a perspective that will be new to most Western readers, Cixin Liu seems to ask the literary genre of posthumanism to entertain a China-centered geopolitics and not just a China-inclusive one (as, for example, Andy Weir’s The Martian does). If you are looking for the old standbys of Western apocalyptic fiction—dystopian cities, zombie apocalypses, neoliberal violence and drudgery, social and genetic engineering gone awry—you will not find it in this novel.

Instead, Liu offers a parable rooted in the fundamentals of physics and haunted by the brutal history of 20th-century China. The novel opens at the height of the insanity of the Communist Cultural Revolution, as the scientist Ye Wenjie watches her father, a preeminent physics professor, die at the hands of teenage Red Guards, the zealous and fanatic Maoist youths who interpreted and implemented violent class struggle during the purge of ideological “criminals” between 1966 and 1976. Liu stages with cinematic vividness a chapter from what is really recent history: students turn in their professors and become ringleaders of public spectacle; academics and artists are publically humiliated and tortured after confessing to counterrevolutionary thoughts.

Indeed, the alien invasion plan is especially likely to succeed because first contact is made by Ye Wenjie, whose trauma profile makes her especially sympathetic to a world that no longer has humans in it. Having witnessed firsthand the viciousness of the Cultural Revolution—including the mass brutalizing of intellectuals, the senseless destruction of the environment, and the structural encouragement of corruption and betrayal—Ye Wenjie hands over our planet with little compunction. It is a collective environmental and historical consciousness—the knowledge that we have irreversibly damaged our planet and the people in it—rather than the inferiority of human science to alien science that makes the fate of humans in this showdown uncertain.

In The Three-Body Problem, then, Chinese nationals hold the key to our planet’s future. But this novel is much more self-aware than the nationalistic science fiction that has inundated the Chinese literary market with China-centric plots. For one thing, its reorienting perspective demands that we open concepts like Modernity and the Enlightenment and canonical versions of world-historical events to include non-Western experiences. The three-body world’s unique predicament—civilizations that start from scratch over and over again—becomes a conceit that generates alternative historical accounts, thick with references to Chinese philosophy, cosmology, and political theory. In understanding the alien civilization, Mohism (a fourth-century BC Chinese school of thought) and the Chentang Pass (a key location during the Shang Dynasty) are revealed to be as significant as Platonism and Heidelberg. Liu masterfully uses such juxtapositions to put China on an equal world-historical footing with the West.1

Liu’s insistence on a China-centric end-of-world scenario is also, and more importantly, an act of historical reckoning. The alien takeover plot doesn’t ultimately come to fruition, but its plausibility, indeed its welcome inevitability, is registered not only in the novel’s use of cutting-edge science but also in its depiction of the brutality and sorrow of Maoist China. Such a history, Liu suggests, will have such an ending.

Liu draws a line from this period in China’s history to its current environmental catastrophe. After a particularly chilling scene of apparatchik horror in which Ye is punished for refusing to incriminate her deceased father as her sister had done, she is sent away to work in the Construction Corp in Inner Mongolia. There, Ye gains her eco-critical consciousness after reading Rachel Carson’s Silent Spring and watching the Communist production company’s senseless felling of a species of trees called the Dahurian larch: “under their chain saws, vast seas of forests turned into barren ridges and denuded hills. Under their tractors and combine harvesters, vast tracts of grasslands became grain fields, then deserts.” Liu shows that, far from a product of economic liberalization, large-scale environmental degradation began with the Communist regime’s fetishization of industry and licensing of wanton destruction (the mass deforestation of the Drango and Kandze counties in Tibet began in the 1950s, for example). On Radar Peak, meanwhile, in the most remote part of China, Ye comes into her own as a scientist, as a woman, and as an environmental activist bent on ending all need for environmental activism. Turning a stoic face toward the irreparable nation-state, Ye consciously brings about a demise already long in the making. This tragic arc, a leitmotif of Chinese literature and philosophy, drives the novel. Even in the three-body world the same logic holds: all civilizations, however advanced, sow the seeds of their own destruction.

Liu offers a parable rooted in the fundamentals of physics and haunted by the brutal history of 20th-century China.

At many times in the novel the reader wonders if a world without humans might indeed be welcome—a feeling Liu both encourages and exposes as a moral slippery slope. In one unforgettable scene, a Chinese emperor in the three-body world uses millions of his subjects to simulate a binary operating system to solve the three-body problem. This human computer—a simple system of raised and lowered flags—is employed to crunch numbers in an effort to predict the next “Stable Era.” Those who mess up are executed on the spot. In the three-body world, which is after all just a projection based on our own, casual brutality is ubiquitous, with scientists burned at the stake and Renaissance men thrown into cauldrons. Lives are cheap when intelligent life forms wish to self-perpetuate.

The science-fictional premise amplifies the novel’s moral parable: how does scale affect our ability to make and adjudicate moral decisions? What makes The Three-Body Problem stand out is its mastery of scaling, combining relatively short, but irreversibly damaging episodes in recent national history with the history of deep time—a long perspective on what humans do to one another over and over again.

After the shock of the Cultural Revolution, Ye decides to be accountable at an entirely different moral scale. The initial complexity of her motivations gives way to a flat and ruthless determination. There is something unthinkingly misogynist about this portrayal of a Chinese woman traumatized by history.2 In the extraordinary character of Ye Wenjie—who gives depth to the popular Chinese stereotype of the frigid, overeducated woman without dispelling it—we find the cliché that a woman who has learned history through suffering becomes a most frightening, because unbending, person. As Anahid Nersessian points out in her essay “Animal Studies,” women in contemporary novels can’t seem to have interiority and agency without also being monstrous things.3 Ye Wenjie—precocious and courageous, cold and methodical—is such a monster. If you count carefully, she murders four people in the novel, two from her own family. But what is the point of this tally if Ye is going to facilitate the invasion by the three-body aliens and effectively murder the entire human race?

Liu’s Three-Body Problem emphasizes the precarity of our world by weaving virtual reality, elementary physics, and Chinese history with contemporary East-West geopolitics, comparative civilizational studies, and the conceits of moral tragedy. It gets something profoundly right about the global impact of Chinese history and the politics of posthumanism. The net effect is a balancing game as complex as the three-body system that confounds the novel’s fictional civilization. For this reason alone it deserves a wide readership. However, it must be noted, especially given the book’s popularity and soon-to-be-even-wider reach in a series of Chinese-produced films, that in order to get sufficient narrative leverage to put these moving pieces in play, the novel must hold a woman like Ye Wenjie stationary—to become subject to admiration that is ultimately followed by vilification.