Counterpower’s Long Game
“This is the Beginning of the Beginning” flashed in white light on Manhattan’s Verizon Building. The message seemed to jump out of nowhere and Occupy Wall Street marchers crossing the Brooklyn Bridge ... 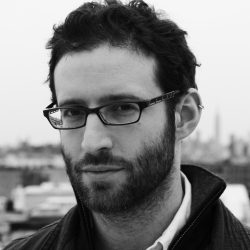 “This is the Beginning of the Beginning” flashed in white light on Manhattan’s Verizon Building. The message seemed to jump out of nowhere and Occupy Wall Street marchers crossing the Brooklyn Bridge broke into ecscatic chants. This was the Illuminator’s debut, just two days after New York police had brutally evicted Occupiers from Zuccotti Park. Hours later, we would find out that the Illuminator, a.k.a. Mark Read, was projecting from the apartment of Denise Vega, a public-housing resident sympathetic to Occupy. The target was no accident: Verizon was attacking its union, seeking to slash workers’ pay while accumulating record profits. Over a year later, the Illuminator is still active. And a portion of New York’s Occupy movement revived itself as Occupy Sandy after last fall’s hurricane. In the process, some of Occupy’s insurgent edge has dulled, while the larger Arab Spring and the Indignados movements that preceded and inspired it have lost momentum and influence. At least for now.

It is a good time, then, to reflect on whether we have really witnessed a “new species of social movement,” freed from old Left fetters, as sociologist Manuel Castells claims. Or whether these movements are better understood as novel instances of an older, more plural left tradition—characterized by complex relationships with unions, political parties, and community groups. For public social science, the distinction’s political and analytic stakes are high.

Castells’s Networks of Outrage and Hope: Social Movements in the Internet Age makes an enthusiastic case for the movements’ novelty. Castells, a distinguished scholar and movement sympathizer, is clearly thrilled by the explosion of protest that Networks analyzes. The new movements’ expressive language and horizontal approach to organizing appear to vindicate arguments he has developed since his The City and the Grassroots, through The Information Age trilogy and, more recently, Communication Power. And yet, while bold theoretical statements in Networks’ introduction and conclusion celebrate the new movements’ decisive rupture from earlier moments of Left politics, the book’s empirical findings, densely packed into a series of case studies, suggest striking continuities between new movements and old.

“Power relations,” Castells wrote in 2007, “[are] the relations that constitute the foundation of all societies.” And in Networks he returns to his claim that media and communication are the fields where power is ultimately won or lost. Yes, he concedes, state coercion can be decisive. But in the long run, “the construction of meaning in people’s minds is a more decisive and more stable source of power.” Pitched battles between protestors and police matter—but they matter most in terms of their impact on public opinion. In a delicate maneuver, Castells defines “counterpower” as meaning-making alone, without mentioning a parallel or counterpart to state violence. This imbalance would seem to make resistance a lost cause. But not, Castells insists, in the Internet Age. For the Internet privileges counterpower by providing an autonomous space for people to connect beyond government and corporate reach through “mass self-communication.” When linked to physical urban occupations, like that of Cairo’s Tahrir Square or Manhattan’s Zuccotti Park (renamed Liberty Plaza by protestors), online networking helps people forge an emotionally rewarding “togetherness,” overcome their fear, and spread inspiring examples of successful action. Mass self-communication at once encourages and re-inforces an emerging culture of autonomy—one that is not, Castells holds, reducible to individualism.

Castells’s formulas are efficient—but they pay a price for excluding so much. Most striking is the absence of a material analysis. Castells forgets the dull compulsion of the market as a power structure that keeps people in line. And what about those forms of counterpower that attack the market directly? Are not old-fashioned labor tactics, like the general strike or the kind of targeted boycotts that made longshoremen into Left icons, critical projects of networked political insurgency? At a more micro-theoretical level, while Castells stresses politics’ affective qualities, he prefers safe, abstract declarations about activists “networking their desire” to engaging analytically with the tense, often divisive, group dynamics that drain movements’ energy. (These dynamics are the object of insightful studies, like Francesca Polletta’s depressingly titled Freedom Is an Endless Meeting.)

The book’s empirical chapters, on the other hand, are much broader in scope. Castells takes advantage of a network of research assistants and journalistic and academic colleagues to give an informative overview of two years of protest in Spain, the United States, and the Middle East. He offers thorough accounts of shifting political dynamics, the impact of the financial crisis and the rising prices of basic goods, trends in public opinion, logistical details of occupations and movement governance, and the challenges movements face in anchoring a process of deep transformation. Pointing to the problems caused by the fissure between new and older Left politics, Castells shows how Los Indignados helped sweep conservatives to power by boycotting the Socialist Party while boosting the more marginal United Left. Castells is based in Barcelona and was an occasional participant in the Indignados movement. The intimacy pays off in his account of Spain—there is a fascinating aside, building on prior research, about Los Indignados’ agitation for a less productivist, less growth-oriented economic model, where people would work less and earn less in exchange for more time to pursue creative projects and to deepen ties with family and community.

In the initial fever of collective action, everything feels possible. Then cliques form, lines of accountability blur, the public gets distracted, and generosity
of spirit wanes.

Here and in his accounts of Occupy and the Arab Spring, Castells make a compelling case that the culture of the Internet is feeding a global trend toward the pursuit and defense of autonomy. But two other themes suggested by his empirical material warrant a closer look: first, how movements adapt as they struggle to reorganize internal power relationships in more lasting ways despite increasingly violent repression. In the initial fever of collective action, everything feels possible. Then cliques form, lines of accountability blur, the public gets distracted, and generosity of spirit wanes. Castells has much less to say about this stubborn trend. Yet it is after hope peaks that the real work begins—including, for scholars, renewing social-movement studies to better grasp the intersections of strategy, leadership, and mobilization under police pressure and mercurial public attention. The second theme is the reciprocal impact of new movements connecting with longstanding groups. Some unions and many labor militants played key roles in the Arab Spring and Occupy movements (perhaps unions’ lesser role in Spain explains why Castells ignores them in his synthetic theoretical chapters). We need more political economic analysis to grasp the underlying class dynamics of the so-called 99 percent, and of the tensions between the Middle East’s urban middle classes and mostly impoverished peasants.

Castells does recognize the growing salience of class. Networks observes that in a January 2012 American poll by Pew, about four months into the Occupy movement, 66 percent of Americans reported feeling that there were strong conflicts between rich and poor—up 19 percent since 2009, and the highest number since Pew first asked the question in 1987. Respondents ranked class ahead of race, age, or citizenship status as the country’s most important source of tension. What Networks does not report is that parts of the US labor movement have been moving toward more flexible, network-based, and media-oriented tactics, including brief but highly disruptive strikes in campaigns targeting the supply chains of companies like Amazon and Wal-Mart, and in a new push to unionize New York’s fast food restaurants. These campaigns’ tactics have combined lessons from earlier moments of labor militancy, a recent trend toward more grassroots organizing strategies, and some of Occupy’s innovations. The case for weaving organized labor’s evolving tensions into this story is compelling outside the US too. BBC economics reporter Paul Mason’s lively Why It’s Kicking Off Everywhere, written in the fall of 2011, and covering Greece and Britain in addition to Spain, the US, and the Middle East, places organized labor in the new movements’ troika of social protagonists, next to unemployed college grads and poor urban youth.

We thus find in Networks that tension between stark, sweeping theory and rich, suggestive empirical work that has so often characterized Castells’s books—in this case understandably exaggerated by Networks’ rushed composition. If this contrast is at first frustrating, it is ultimately productive. Even when he does not persuade, Castells informs and incites useful arguments. Aspiring public social scientists should take note. Yet no account can deny that the new movements’ success in public opinion was not enough to prevent vigorous repression, and in most cases the dissipation of the movements’ initial encampments and collective structures. In the past 18 months, new movement activists have mostly been scattered into thinner but wider networks. Is this the end of the story?

Confronting the new movements’ apparent stagnation, Castells’s sympathetic gaze seems to narrow. Recalling his (partial) definition of counterpower as meaning-making, he declares victory over the long haul based on movements’ cultural influence—even as he acknowledges how hard it will be for them to force concrete reforms. But the game will be difficult to win when the movements’ opponents are determined elites and militarized police. At times, Castells acknowledges that while shifting opinions make change inevitable, it could be for the worse. He ends on a happy note—but his arguments cannot substantiate his tone.

To ground a more hopeful perspective, we would have to pay closer attention to dynamic elements of the labor and environmental movements—especially the organizing in the borderlands between unions, community groups, and social-movement activists. In North America, several of Occupy’s leading activists were rooted in radical green organizing, but they willingly deferred talking about climate change in order to tell a strictly economic story. In the wake of Hurricane Sandy, they have broken their silence. Meanwhile, 350.org has been building an increasingly militant, if mostly middle-class, climate justice movement in the same borderlands. Talks with unions are going better and in New York’s Far Rockaway neighborhood devastated by Sandy, 350.org activists have partnered with Occupy, labor, and community groups. This could mean an even broader social and political basis for new movement activism. True, analysts and organizers have plumped for this sort of convergence since the 1960s. Then again, revolutionary beginnings only appear to come from nowhere.

Networks of Outrage and Hope: Social Movements in the Internet Age