Dear Knausgaard
“There’s a passage early on in Book 2 that’s so smug, so macho (in a literary way), that’s so—ugh! I can’t explain it.” 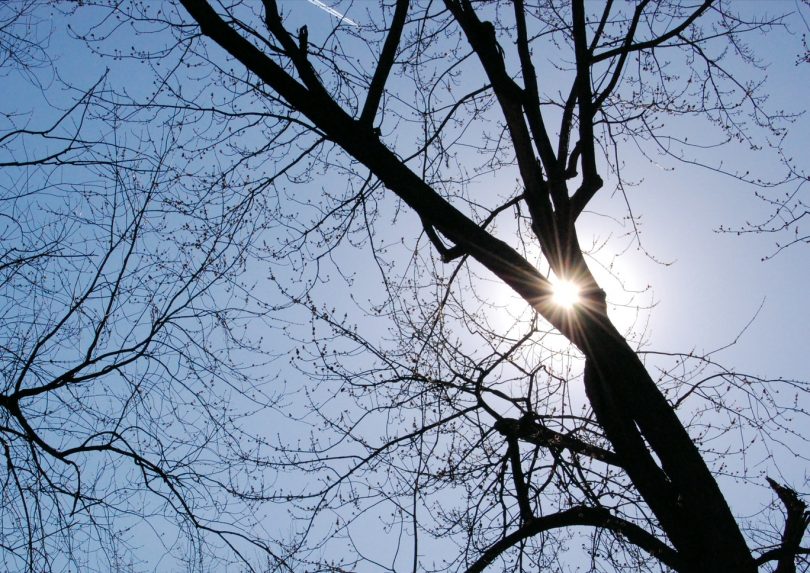 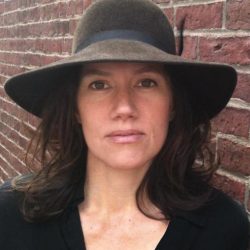 The following is a lightly edited excerpt from Kim Adrian’s forthcoming book, a critical analysis of My Struggle written as a series of letters to the author himself.

I just spent the last 30 minutes watching YouTube videos of kids reacting to strange foods (nato, escargot, stargazy pie). There’s a word for that in Sanskrit: prajnaparadha. “Crimes against wisdom.”

It’s Monday. Mondays are often hard for me to focus. I fall off the horse over the weekend and it takes all day for me to climb back on. This past weekend I sat at my desk just once and that was to print out something for my father, who was in town for the day. I made him a special dinner: pasta with shrimp cooked in cream. He kept me company while I was at the stove, offering bits of unsolicited advice (more salt in the water, less cream in the sauce). It made me nervous, and the dish didn’t come out as good as it usually does. On Sunday, Jonah had the flu and needed many little ministrations while Nina, who’s in college, had a minor crisis that had to be dealt with long distance. So I didn’t write all weekend, which is usually the case, but I did manage to read a book. The Fifth Child, by Doris Lessing. It was okay. I didn’t love it.

Have you by any chance read Javier Cercas’s book The Blind Spot: An Essay on the Novel? It came out in English translation last year. I had it on preorder weeks before its release on the basis of the title alone, and devoured it upon its arrival. It is a smart and graceful little book, the thesis of which argues that certain kinds of novels (those belonging to just one of the two strands that constitute, according to Milan Kundera, the bifurcated literary tradition we call “the novel”) can be characterized as having at their center, always, a “blind spot.” That’s to say, a question, something unknown, a kind of void through which the entire novel pours itself, illuminating every aspect of that question, that unknown thing, but without ever answering it. Blind-spot novels, in other words, operate less by way of plot than by paradox: the questions these kinds of novels pose remain unanswered precisely because they are unanswerable. Or, as Cercas puts it, “The answer is the very quest for an answer, the question itself, the book itself. The answer is a blind spot.”

Of course, in the grand scheme of things novels by women are still a relatively recent development. This is true as well of novels by people “of color,” which is to say people of non-European origin, or with some element of non-European ancestry, as the tradition of the novel has since its inception (which Cercas locates in Don Quixote) been advanced largely by men, in particular white European men. Which isn’t to say exclusively. Many, many women, and many, many people of non-European origin have written astonishing novels of exactly the kind Cercas celebrates, and yet in his discussion he analyses only the novels of Herman Melville, Thomas Mann, Javier Marías, Jean-Paul Sartre, J. M. Coetzee, Franz Kafka, Mario Vargas Llosa, Italo Calvino, Truman Capote … On and on goes the list: Joseph Conrad, Umberto Eco, Michel Houellebecq, Georges Perec, Ernesto Sabato, you yourself, Gustave Flaubert, Giuseppe Tomasi di Lampedusa, Hunter S. Thompson, Jorge Luis Borges, Julian Barnes …

All male writers. But why? Why exclusively male writers? Don’t you find it a bit strange? Even you, who have reasonably been accused of sexism in your reading habits, appreciate more female writers than zero. Even you, who—it must be said—celebrates the male lineage of the novel as a way of life if not an actual religion have at least dipped a toe, even your whole foot, maybe even up to your knee, in the female lineage of that same tradition. Yes, at least you, who awoke to the seduction of literature as a child through the work of Ursula K. Le Guin, understand that “male writers” and “female writers” is a bizarre and useless distinction, beneath the serious consideration of any true—which is to say open-hearted—reader.

I read a piece of writing and within a paragraph or two I know whether it is by a woman or not. I think [it is] unequal to me.

Does Cercas suffer from the malady Francine Prose once identified as gynobibliophobia? I suspect he does. Though if I’m honest, I must admit that I, too, suffer from this disease. Yes, I, a woman, am afraid of women’s books. This is why I picked up The Fifth Child last weekend. I’ve been trying to read more novels by women, more memoirs, more poetry, more essays, more short stories. Because the fact of the matter is, if I were ever to attempt to write a book about the novel, as Cercas has done, its pages would likewise be filled with the names of male novelists, simply because it is mostly male novelists I have read, and it is mostly male novelists I love and mostly male novelists I respect and admire. I hang my head in shame, sitting here at my computer as I type these words, but it’s true. Am I really so lost? So disenfranchised? So confused? I’m afraid it’s the case.

You know, I’ve often wondered what it’s like to be you, the person, Karl Ove Knausgaard, and not just because you’re such a brilliant thinker, idiosyncratic writer, and A++ reader, but also because, in addition to these things, you are a white-skinned European male, and for this reason have not an inkling of what it’s like to be in a position that’s essentially adjunct to both the practice and history of literature and, beyond that, humanity itself.

Man is defined as a human being and woman as a female.

You wouldn’t know this, not firsthand, perhaps not even secondhand, but the adjunct position is a deeply destructive place in which to reside. It can shrink you right up if you’re not careful. And I, for one, am not always careful. Though back in college I was vigilant. For example, in every textbook I read, in every course packet I received, wherever the word “man” was used to indicate not a male of my own species but a human being, I carefully prefaced it with the letters hu. I likewise altered every “he,” where it was meant to indicate a person of either sex, by placing an s/ in front of it. And “mankind,” under my pencil, became, always, “humankind.” I made these edits not as a political statement, but only in order to get through whatever I was reading, because my brain simply wouldn’t allow free passage to words like “man” and “he” when they indicated (or tried to indicate) a human being. My female brain in my female body bristled at such “gender-neutral” usage because it didn’t feel neutral at all. It felt quite partisan. It made me feel subsumed. Invisible. Negligible. And these feelings stoppered the reading process. In short, I made my edits simply in order to be able to read the work. It took a lot of time.

The spider is a repairer. If you bash into the web of a spider, she doesn’t get mad. She weaves and repairs it.

As I grew more fully into adulthood, I stopped repairing the texts I read. I figured I had better things to do. After all, everyone knows exactly what a statement like “One small step for man, one giant leap for mankind” is supposed to mean. Right? Why bushwhack my way through such an endless, ever-renewing onslaught of grammatical negation? Because once you start looking for these types of things, they crop up everywhere. I eventually trained myself to remain unfazed whenever I encountered this kind of language. In fact, I even took pride in gliding past it—took it as a sign of my own maturity. It’s only now (mature indeed), only now (with a daughter entering her 20s) that I realize this was actually a serious mistake.

… continued (after, happily, discovering a sleeve of ginger snaps at the back of the breadbox)

Speaking of mistakes, there’s a passage early on in Book 2 that’s so smug, so macho (in a literary way), that’s so—ugh! I can’t explain it. It’s almost as if language repels this feeling—the one that comes over me whenever I read something like this.

All you’re trying to do in this passage is one of your favorite bad-boy tricks—an anti-PC rant that in this case attempts to flip the conventional nature vs. nurture argument on its head. But it’s all so—testosteroney. And white. You don’t really have a leg to stand on, and yet you don’t even know it! You begin by invoking the name Ingmar Bergman (via the Swedish critic Sven Stolpe, via your best friend and daily conversational partner, Geir Angell), when you inform the reader that he (Bergman) once claimed that “he would have been Bergman irrespective of where he had grown up.” A page later you raise the name of another Scandinavian great, Dag Solstad, whose literary style, as you describe it, is “inimitable and full of élan” and “cannot be learned … [nor] bought for money,” the idea being that Solstad’s style should be taken as clear evidence of the ineffable individual essence with which each of us is endowed at birth. Your contention, ultimately, is that men like Bergman and Solstad were born geniuses and would have become exactly what we now know them to be no matter how or where or under what kind of hegemonic conditions their lives might have otherwise unfolded. You end with this: “It is not the case that we are born equal and that the conditions of life makes our lives unequal, it is the opposite, we are born unequal, and the conditions of life make our lives more equal.”

What I want to know is, are you for real? I don’t mean this sarcastically. I really want to know. Is this really what you think? I mean, don’t you ever look down at your own hands as they play across the keyboard? Clackety-clack. Your own meaty, white—maybe hairy, who knows, probably soft—hands, and wonder? Just a little? 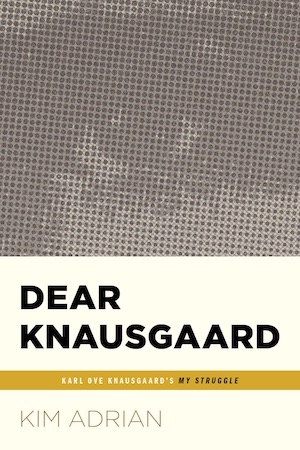