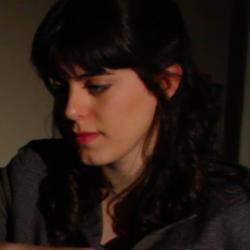 It’s hardly a secret, but, for a land that bills itself as a land of freedom and opportunity, America can be inhospitable to just about anyone. Few films represent this fundamental hypocrisy so squarely as the uproarious 1966 Cold War satire The Russians Are Coming, the Russians Are Coming, which depicts the panic sweeping a small New England island after a Russian military submarine accidentally runs aground on its shore at the height of the Cold War.

The beached Soviet sailors—terrified that their presence will be mistaken as an attack and trigger nuclear war—stealthily hurry to town to buy a boat in order to pull their sub off the sandbar. But their fears come true: a paranoid townsperson sees them, and the ensuing gossip leads to mass hysteria, hasty vigilantism, and threats of military intervention.

The film interweaves these groups—and their relative alienations—representing both sets of strangers as more similar than different, even to the point where they share one another’s problems and, perhaps, will share the same fate. As the Russian captain yells at the New York tourist (his then captive, but later friend), “You help us get boat quickly, otherwise there is World War III, and everybody is blaming you!”

In the place of trigger-happy defensiveness, the film celebrates shared humanity. It ends with adversaries realizing that they share the ability to love. Director Jewison himself went to the USSR to share it with Russian audiences. This so confounded American authorities that he temporarily wasn’t allowed back in the US, for fear of his being a communist sympathizer.

The film connects the xenophobia of small towns to the rampant nationalism of states. It also stresses the importance of neighborly camaraderie by making the sailors’ sole allies the Whittakers: a stressed-out family from New York City, who are also unwelcome on small Gloucester Island.

By uniting the two sets of visitors, the film diagnoses the islanders’ fears of foreigners as symptomatic of a larger paradox: specifically, that people who insist on the superiority of their location—a tourist town, say, or a nation allegedly founded on liberty and equality—often express suspicion and contempt toward outsiders. Especially those outsiders who actually agree with local boosters and wish to live there themselves.

It is because of this theme that The Russians Are Coming, the Russians Are Coming has never felt more relevant than in today’s political landscape. And this relevance derives from the film’s most important element: that its titular newcomers make better claims to American identity than those looking to deny it to others.

People who insist on the superiority of their location often express suspicion and contempt toward outsiders.

The movie is set on a single sleepy Sunday in early September, after the island has shed its summer tourists. Based on the 1961 novel The Off-Islanders, by Nathaniel Benchley (whose son Peter also wrote about outsiders on a New England island, in his 1974 novel, Jaws), the film allows the insular location to become a metaphor for its prevailing mindset.

The islanders are contemptuous of change and treat difference like a blight. When the townspeople start panicking about the rumors of Russian invasion—becoming unrecognizable to one another in their mania—the seemingly level-headed police chief Link Mattocks (Brian Keith) can’t find a way to understand his neighbors’ odd behavior. Instead, he can only associate it with the out-of-towners who overrun his village throughout the summer, complaining, “And I thought all the nuts went home after Labor Day.”

In so doing, he others the summer travelers, insisting that it is not behavior—say, maniacal xenophobia—that makes someone troublesome. Instead, the police chief believes that simply to be a stranger is to be strange.

[Spoilers to follow.] The first scene, set onboard the Russian sub, broadly combines the ideas of tourism and “invasion,” defining tourism as an unwanted phenomenon in which strangers overrun, and therefore ruin, particular locales. In this scene, the captain (Theodore Bikel) looks through a periscope at the beach, as various sailors grow agitated while examining various beeping instruments. Suddenly an alarm blares, and the submarine sustains an enormous crash.

The scene unfolds in Russian (without subtitles) and in darkness, thereby obscuring what’s actually going on, particularly for a non-Russian speaker. It isn’t until two scenes later, when a lieutenant named Rosanov (Alan Arkin, in his film debut) takes several sailors to seek help at a nearby beachfront house (rented by the unsuspecting Whittakers), that the situation is fully illuminated. 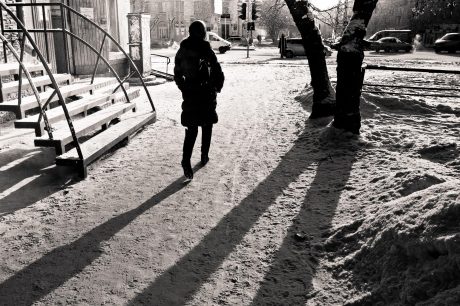 What appears to be a foreign invasion is revealed as innocent sightseeing. “Captain of submarine boat,” a sailor explains to the Whittaker family, “is bringing submarine boat too close to land, against order. He want to look at America.” “What for?” asks the father. The sailor looks surprised—after all, why does anyone sightsee? Because, he explains, the captain has never seen America before.

The Russians are happy, accidental tourists: poring over maps, gushing over American products (namely Coca-Cola), and strolling along the beach. They are enthusiastically, inadvertently participating in Gloucester’s leisure culture. And right away, the film unites the sailors and the Whittakers as fellow tourists, fellow visitors, unfolding their narratives virtually in parallel.

Their twin patriarchs—Lieutenant Rosanov and Walt Whittaker (the wonderful Carl Reiner)—are tonally unified, frustrated together by an island they now both want to leave (Walt cannot wait to leave the “damp” beach house and get back to New York, mostly because he needs to get back to work on the second act of his musical, before his producer grows angrier). Walt grows united to the Russians even linguistically; when Walt introduces himself, Rosanov misunderstands and refers to him with the Slavic-sounding patronymic “Whittaker Walt.”

Walt walks a fine line in the film. Sometimes he identifies with the foreigners, and sometimes he is alienated from them. Though an outsider on Gloucester, Walt is still an American skeptical of Soviets. But even this mistrust derives partially from his family’s intimidating first encounter with them.

When Rosanov, his young associate Kolchin (John Phillip Law), and other sailors first come to the Whittakers’ house, Walt inquires about their nationality, which causes Rosanov to begrudgingly take the family hostage (though the Soviets vehemently reiterate that they mean no harm) to prevent their cover from being blown. But even this tension quickly melts into affinity and romance, especially when Kolchin and the Whittakers’ babysitter, Alison (Andrea Dromm), begin a relationship.

Casual tourism becomes a metaphor for how Americans fail—or succeed—in welcoming foreigners of all kinds.

Until the very end of the film, the Russians are never seen by anyone—except the Whittakers and two dotty townspeople minding their own business—causing Police Chief Mattocks to doubt there are Russians there at all. Notably, Walt is the only outsider the townspeople do actually encounter. In fact, it is his foreignness, his not-from-here-ish-ness, that dooms Walt’s attempts to garner help for the displaced Russians and turns further suspicion toward him.

For example, Walt gives the Russians escape ideas when they ultimately commandeer the telephone office, causing the telephone operator to snap, “Are you really trying to help them?” She glares suspiciously at Walt, later asking him to translate when the sailors converse nearby. “I don’t know,” he mutters back. “I’m not with them!”

Walt nonetheless becomes our model for empathic identification. When he learns of the Russians’ troubles, Walt remarks, “Anybody can go aground like that—it happens all the time!” When Walt’s wife, Elspeth (Eva Marie Saint), warns her husband not to agitate their reluctant captor, Kolchin, Walt mentions that Kolchin is “just as frightened” as he is. At the film’s climax, when the Russians are, inevitably, discovered, Walt publicly affirms his connection to Lieutenant Rosanov: “He’s with me,” he announces to the entire town.

In the end, casual tourism (perpetrated by both the Whittakers and the Russians) becomes a metaphor for how Americans fail—or succeed—in welcoming foreigners of all kinds. In fact, what the residents of Gloucester seem to fear most is immigration: that newcomers will want to embed themselves as new residents of the town. (Indeed, the Russians on the island disguise themselves in stolen dry cleaning to blend in as they search for a boat.) Tourists are only bearable because they will ultimately exit; outsiders, in Gloucester, USA, are perceived as polluting local culture. They distort senses of familiarity, but also senses of possession and control.

Walt’s endorsement of Rosanov means nothing to the townsfolk, because Walt is not one of them. And yet, the fact that he clearly thinks his opinion matters does seem to undermine their certainty in their hostile behavior. Walt’s convictions end up suggesting ideas of belonging and participation that do jeopardize the townsfolk’s hive mind. The film pinpoints how xenophobia is dangerously born among those who insist that their land is in need of defending from the “others” who come there. And it is this mindset that expands the xenophobia of Gloucester to America at large.

Still, prior to this realization and reconciliation, much drama ensues. The town is called to arms by Fendall Hawkins (Paul Ford), a pigheaded, demagogic veteran who becomes “the leader of the civilian forces.” Toting a historic sword and wearing a garrison cap, he visually embodies generations of American war. He frames the conflict not as “World War III,” as the Russians do, but rather as one of the early skirmishes of the American Revolution, led in Boston or Concord by small militias out to defend their land and preserve their liberty from outsiders.

In a humorous segment, Gloucester’s town drunk, Luther (Ben Blue), unwittingly spoofs Paul Revere, galloping his horse through town to scream out the film’s title. And the score (by Johnny Mandel) includes a marching-band-style version of “Yankee Doodle.”

Even police officers fall victim to Fendall’s spirit-of-’76 fearmongering: Officer Norman Jonas (Jonathan Winters) pivots from yelling about the necessity of getting everyone simply, sanely “organized,” to later exhorting, “We’ve just got to have more guns!” Fendall’s patriotism reveals itself to be one of exclusion, not welcome. And, much like the antitourist sentiment vocalized by other townspeople, the officer’s patriotism is born from the fear that to share is to surrender.

Featuring these historical allusions and lampooning the jingoistic Fendall allow the film to feel so wise. Watching now, it seems that the film foresees how today’s political institutions have been overrun by greed and bigotry. Just like the small-town police department, today’s national institutions co-opt American historical imagery—whether fetishizing the Second Amendment or adopting historically loaded phrases like the “Tea Party”—to glamorize, justify, and encourage agendas that deny access or entry to the groups who threaten their hegemony.

Through its coincidentally day-tripping Russians and its Cold War setting, the film largely condemns the kind of casual fascism present in a longstanding American attitude toward outsiders and difference. Instead, The Russians Are Coming, the Russians Are Coming demands that this attitude not become our culture’s final destination—or even a stop along the way. As the young sailor Kolchin says to his American love interest, Alison, “I wish not to hate anybody.” Alison agrees pithily: “It doesn’t make sense to hate people. It’s such a waste of time.” 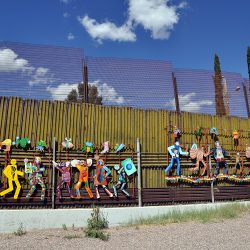 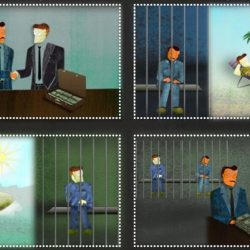 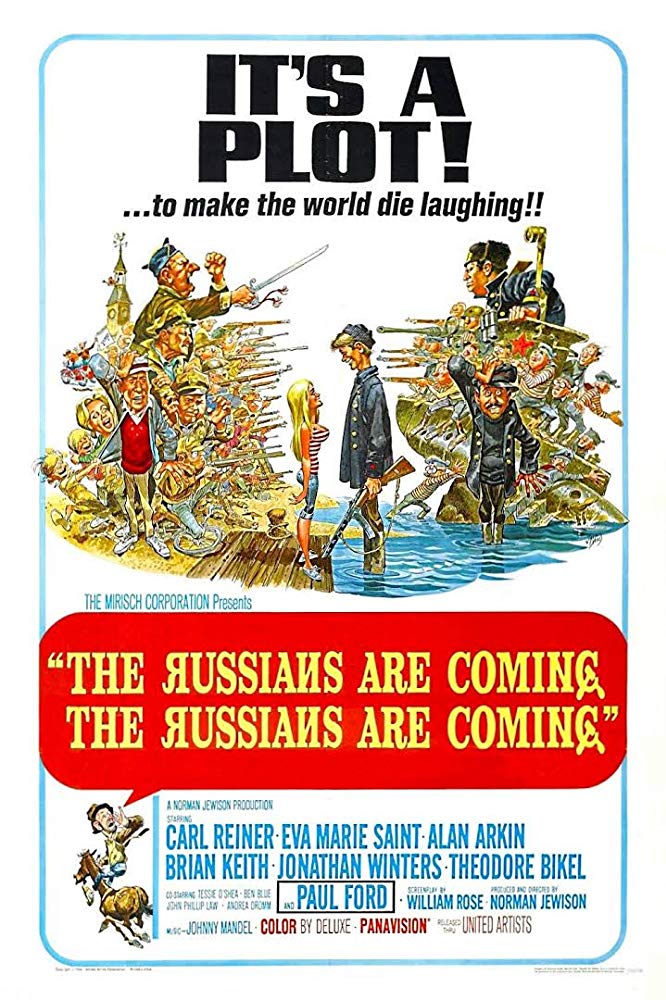