Déjà Vécu
Kate Atkinson has had an intriguing literary career. After winning popular and critical success with her first novel, Behind the Scenes at the Museum (1995), and a Whitbread Prize, she spent most of ... 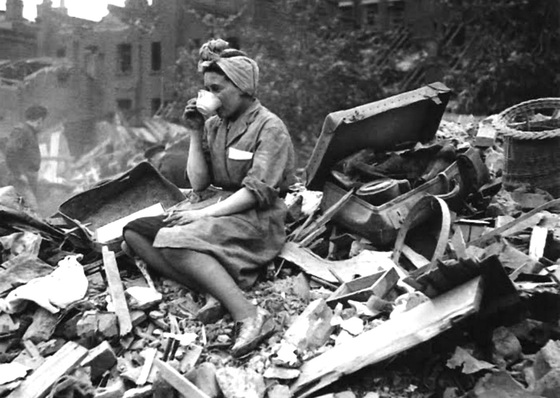 Kate Atkinson has had an intriguing literary career. After winning popular and critical success with her first novel, Behind the Scenes at the Museum (1995), and a Whitbread Prize, she spent most of the 2000s publishing mystery novels centered on a Scottish private investigator, Jackson Brodie. Even putting the genre distinction aside, it’s hard to find much in common between these two phases of her writing. Behind the Scenes at the Museum jumps backwards and forwards in time among the lives of four generations of women in a York family that pulls itself up from agrarian to lower middle class without seeming to derive much happiness from it, stories all told or imagined by the youngest surviving member, Ruby. The book is very funny but the humor is hard and angry, the characters nearly all equally miserable, groping through their lives, passing their helplessness and fury down from mother to daughter. Jackson Brodie, on the other hand, is a man and, in the tradition of detective fiction, essentially in charge of his destiny (at least in its mechanics, if not the larger picture.) He helps people, while the characters in Behind the Scenes cannot even begin to help themselves; exhibiting a kind of nightmare Englishness, they are morbidly stoic and unable to express love or joy. By contrast, figures in the Jackson Brodie books have traits contemporary British people like about themselves: blunt humor, independence, kindness masked by gruff reserve. No doubt this accounts in part for the great success of the Brodie books in England and their adaptation into a BBC series.

Fast forward to Atkinson’s much-awaited new novel, Life After Life, and again we have something completely different. Its third-person narrator recalls those of 19th- and early-20th-century English novels: compassionate, lucid, and wry, as in this description of the birth of the protagonist, Ursula, as experienced by her father:

Hugh had paced, as was tradition, along the Voysey runner in the upper hallway, barred from the inner sanctum itself. He was unsure of the doings behind the door, only too grateful that he was not expected to be familiar with the mechanics of childbirth. Sylvie’s screams suggested torture if not outright butchery. Women were extraordinarily brave, Hugh thought. He smoked a series of cigarettes to stave off any unmanly squeamishness.

As the novel progresses, the tone comes to reflect Ursula herself, a well-bred young woman born in 1910 to a banker and a housewife, raised in a rambling old country house whimsically called Fox Corner. Her parents are, on the whole, good at being parents. Ursula and her four siblings have, as the book recalls again and again, as idyllic a childhood as could be hoped for, amid “the smell of new-mown grass from an English summer lawn … [and] the sour-sweet taste of apples in the orchard.”

the more urgent question is not whether the past is alterable, but whether and to what degree we can assert control over our lives, a question that each of us faces every day.

Yet, from the outset, Ursula is dogged by recurrent déjà vu, a sense that she is living the same life over and over. As the narrative moves into World War II and the lull afterward, we see that, in fact, she is. Atkinson deftly returns, over and over, to different versions of Ursula’s life. In each iteration, Ursula tries to avoid the mistakes and disasters of her various pasts, not understanding exactly why. At age seven, she pushes the maid down the stairs to prevent her from going to London, where, Ursula dimly senses, she will contract the influenza that will destroy the family. Her parents send Ursula to a psychiatrist, Dr. Kellet, who, thankfully, turns out to be a mild-mannered Oxbridge type more interested in quoting Nietzsche than fiddling with Ursula’s unconscious. She continues to see Dr. Kellet in many versions of her life, in one session drawing a picture of a snake biting its tail, a thrilling moment of unarticulated revelation. To this, the good doctor says, “It’s a symbol representing the circularity of the universe … I think we shall get on very well. Would you like a biscuit?”

In an early version of her life she is raped at age 16, gets pregnant, loses the love of her mother and her self-esteem, and marries a man who beats her. In later lives, she punches her rapist or stays out of his way and, for similar reasons, asks her older brother to teach her how to shoot a gun. In the World War II sections the thorniness of her personal decisions begins to interact with the thorniness of history, as the characters discuss what would have happened if, for example, someone had killed Hitler before the invasion of Poland; Ursula gradually begins to realize that in a subsequent life it might be in her power to make this happen. This metaphysical aspect of the book is its least interesting: the more urgent question is not whether the past is alterable, but whether and to what degree we can assert control over our lives, a question that each of us faces every day. Would we, under slightly altered circumstances, make completely different choices? How can we find the courage to make these choices rather than simply let things happen to us?

One of Atkinson’s great achievements in the book is to make all the characters seem consistent even when taking very different courses of action. When their behavior does vary widely from one life to the others, Atkinson seems to have a clear reason in mind, sometimes in the form of a mordant comment. Ursula’s mother, Sylvie, a somewhat distant but steady and devoted woman, is always decent to Ursula, except in the life in which Ursula is raped. Sylvie never asks Ursula how she got pregnant and it doesn’t seem important; all that matters is that Ursula didn’t preserve her virginity, the one transgression Sylvie’s Edwardian moral scope cannot forgive (it is considered far worse than attempted murder of the maid). Rape victim Ursula behaves very differently from later versions of herself, yet Atkinson manages to convey the sense that this is always the same Ursula who, though haunted by her intuition, will grow to be a deeply intelligent and practical woman, clear-eyed and witty. She has several affairs but romance is a marginal concern in the face of much larger doings, as when she takes a job at the Home Office in the Air Raid Precautions Department in 1936, becomes a Warden during the London Blitz, and approaches the death of her beloved younger brother, Teddy, again and again, a disaster that Atkinson has hinted at from the beginning. Ursula’s family always looms largest in her heart and her worries: in one life she herself has a daughter whom she worships but—hilariously—she never relives motherhood again, as if realizing that the family she’s already got is quite enough for her to deal with. The book is often painfully moving as we approach versions of Ursula’s life in which deep losses recur, particularly in scenes during the Blitz when she drags smashed bodies of neighbors and friends from the rubble in not just one but possibly endless versions of her war, a haunting comment on trauma and memory.

Excellent at imagining how Ursula might try to alter her destiny and the ease or difficulty attending those changes, Atkinson also raises several questions that her novel doesn’t fully answer. Why is Ursula the only one aware of this Eternal Return, for surely all the other characters are reliving their lives along with hers? Is the purpose of this recurrence really to at last “get it right,” as she herself imagines at one point, or does this plot device express the theory in physics that there are an infinite number of dimensions in which infinite versions of ourselves are making an infinite number of slightly different decisions? These caveats aside, Life After Life is a brilliant book, so finely wrought that, even in multiple versions, Ursula’s life only becomes more absorbing.