Democracy Distorted: Money and Politics
Is it really the case, as is often alleged, that money decides everything about elections? And if so, in what ways? 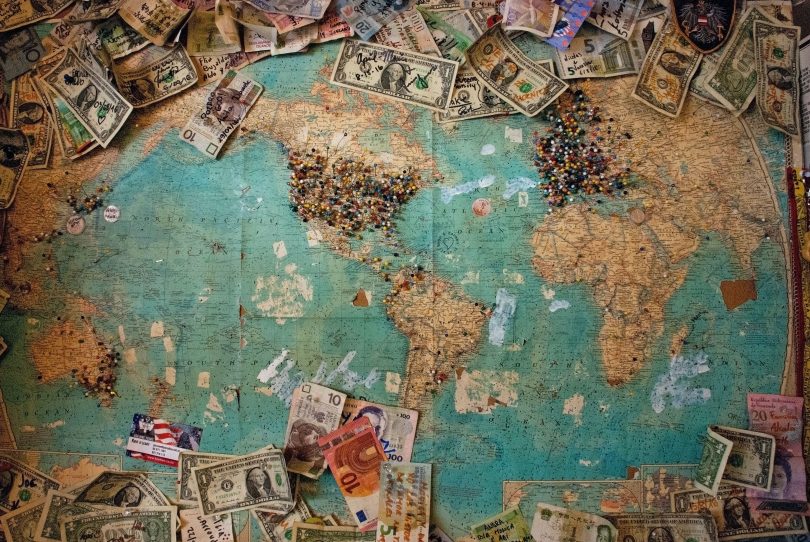 While no one could have predicted that 2020 would be the year of the pandemic, it was never a secret that this would be a momentous year politically, whether in Europe or the United States. A year ago, already, several things were penciled into the calendar: we knew there would be acrimonious negotiations over Brexit, contentious municipal elections in France, and, of course, a US presidential election of world-historical importance.

With this in mind, the editors of La Vie des Idées and Public Books decided last winter to rekindle their editorial partnership with a new dossier, titled Democracy Distorted: Money and Politics. The task we set for ourselves this time was to examine the influence of money in today’s electoral democracies. More specifically, at a time of growing popular distrust toward political institutions, we wondered about democracies in Europe and the United States: Is it really the case, as is often alleged, that money decides everything about elections? And if so, in what ways? If we heed Deep Throat’s advice to Bob Woodward and “follow the money,” where does it take us?

As per our custom, each magazine commissioned two separate essays, which we are now pleased to publish jointly, barely a fortnight before the US presidential elections. The authors chosen by La Vie des Idées, Emmanuelle Avril and Éric Phélippeau, selected different case studies but share a common approach, providing a comprehensive picture of the rules governing the public and private financing of political parties in the United States, France, and Great Britain. In particular, they focus on recent transparency laws in each of these countries, attesting both to the need for such regulations and, paradoxically, to their limited effectiveness in reducing people’s distrust toward political institutions.

The essays commissioned by Public Books are somewhat different in scope and style. Writing about the United States, Ray La Raja takes issue with a common lament among progressives, whereby corporate money determines the election of individual candidates. The real problem, argues La Raja, lies in the disproportionate role of wealth in framing policy options. Timothy Kuhner, in his essay, takes an even longer view. Already in the 18th century, he reminds us, the Chartist movement in England pressed for universal suffrage and the abolition of the property requirement, hoping to curtail the influence of wealth in politics. One wonders: What would the Chartists make of our present situation? On the one hand, their demands have largely been met—even exceeded. On the other hand, these formal advances have done little to reduce inequalities.

Taken together, these four essays paint different pictures of a singular reality: one in which money is indeed a determining factor in our democracies, albeit in different ways. For all their normative differences, moreover, our authors agree on a number of things. First, on the need to follow the money wherever it goes, especially as it flows into politics. Second, on the fact that the financing of political life can take various forms and serve different ends, beyond merely winning elections. Finally, all four contributors are explicitly concerned with how those with the fewest economic resources might achieve political influence. As their articles make clear, the persistence of economic inequalities is perhaps the single greatest problem in our democracies and the likely source of public disillusionment with our institutions. And if it may not be possible to get money entirely “out” of politics, therefore, it is imperative that we at least get more people around the table.

Featured image: Old Map with Currencies Left by Visitors from All Over the Planet (2017). Photograph by Christine Roy / Unsplash