Democracy, More or Less
What future does democracy have? What future should it have? And, moreover, can the problems of democracy be solved within the framework of democratic politics? 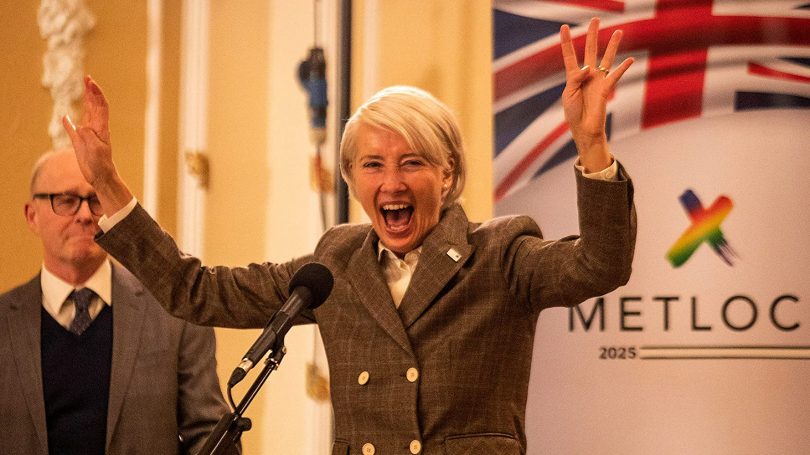 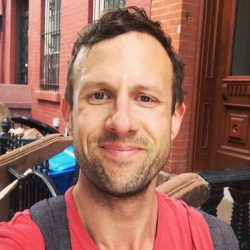 At a critical moment in the HBO show Years and Years, four siblings vote in the 2026 British general election. The two brothers plan to vote for Labour, but, at the last minute, one switches to Conservative. Their older sister, a diehard radical, deliberately spoils her ballot paper. Their younger sister votes for a new outfit: the “Four Star” party, whose slippery leader, Viv Rook, proclaims that she will make it illegal for stupid people to vote. Elected prime minister, Rook goes on to preside over concentration camps and a post-truth media. “Democracy was a very nice idea for a while,” one character observes, “but now it’s worn out.”

In showing how events and technology conspire to leave norms trampled and right-wing populism ascendant, Years and Years vividly imagines how the conditions of the modern world may spell democracy’s doom. The show asks us to fight against the dying of the light. Yet the future it depicts leaves little doubt that democracy is flawed and weak, with perilously thin safeguards. Meanwhile, the already imperfect workings of democracy now face added pressures: fraying tempers and fracturing attention spans, distrust of the established media and excessive trust in the unregulated swirl of the digital sphere.

Faced with this mess, some ask whether we have come to the end of democracy itself. What future does it have? What future should it have? And, moreover, can the problems of democracy be solved within the framework of democratic politics?

Some critics believe that democracy would be better off with less democracy. And some voters, it seems, feel the same way. In 2017, for example, 63 percent of white women voters in Alabama voted for Roy Moore in a special Senate race, even though Moore implied that overturning women’s right to vote was a good idea. Even those committed to full enfranchisement may be dubious, at times, about widespread participation. Turnout for the 2016 “Brexit” referendum was strong, but so was bitterness in its aftermath. Both fairly and not, opponents attributed the vote to xenophobia, misinformation, and hopelessly wishful thinking (prompting Brexit supporters, in turn, to double down on their support for Boris Johnson).

Jason Brennan is one of democracy’s critics. He argues that we would all do better without democratic political systems and should explore alternatives. His calls to limit voting on the basis of “competence” are unconvincing—not to mention offensive—as a policy proposal. But he also makes a case that curbing our democratic tendencies may be a way to ensure collective justice. Against Democracy, like a cold shower, forces us to defend democracy against a bracing onslaught.

In her book Democracy May Not Exist, but We’ll Miss It When It’s Gone, Astra Taylor expresses alarm at the exclusions already operative within the electoral system. She laments the pull of the Electoral College (“the cold grip of plantation owners strangling the current day”) and stresses accountability beyond national borders and short-term timescales. To be against democracy, in her accounting, would be to oppose “a continuous process of egalitarian inclusion and power sharing made possible by tireless agitators.” Even more than that, democracy is an ethos, an ambition, a total mood.

Faced with the devastating future of Years and Years and contemporary harbingers of its resurgent right-wing populism and collapsing public sphere, we may find ourselves drawn to arguments against political engagement (if not against democracy itself). But while Brennan describes real problems, his dispassionate solutions simply don’t outweigh the possibility and vision of Taylor’s: in spite of the pitfalls and unpredictability, the solution for our times is almost always more democracy, not less.

A professor of strategy, economics, ethics, and public policy at Georgetown University, Brennan contends that many of our most cherished beliefs about democracy are misguided. Not only should we not celebrate increased participation in politics, we should be grateful when people do not vote (and wish that more ignorant voters followed their example).

The reason, for Brennan, is that most voters are nightmares. Voters that he calls “hobbits” are stunted by their low horizons and blundering ignorance. There are also “hooligans,” he argues, who are better informed but doggedly partisan and heedless—or worse—of the wider consequences of rooting for their political “team.” Finally, there are “vulcans,” who, by contrast, are well-informed, judicious, and impartial but may as well be unicorns given how rare they are. Participation in politics, argues Brennan, does not make us more engaged in the lives of others, or attentive to the future. Instead, politics “turn[s] hobbits into hooligans” (and makes “hooligans even worse hooligans”).

Brennan bolsters these provocative characterizations with facts, after a fashion. Many voters, he demonstrates, know less than nothing: thinking that crime is going up when it is going down, believing that EU immigrants were two to four times as prevalent in the UK in 2016 than was the case. We would have better outcomes all around, Brennan submits, if we opted for “epistocracy”: rule by the competent and knowledgeable.1 He does not want to do away with republican representative government, nor strip anyone of rights. But he does want to further equip those who have qualified to vote (by having the appropriate knowledge and skills), and push to the side those who have disqualified themselves (by, in Rook’s terms, being too “thick”).

Some of Brennan’s assertions about impulsive, ill-informed voters sowing chaos are hard to dispute. The more compelling parts of his discussion object less to the premise of democratic enfranchisement than to the current workings of electoral politics.

But it is hard to imagine support for his eventual proposals in places where history has imbued the practice of voting with deep meaning (Brennan, in his chapter “Politics Is Not a Poem,” asserts that we should look elsewhere than elections for displays of equality and civic participation). His bizarrely narrow understanding of “political knowledge,” moreover, leads him to claim that elites like Michael Bloomberg know more about the working of the world than their Black constituents. His polemic thus amounts to an appeal for the merits of technocratic governance, administered by a subset of voters who have studied social science or read The Economist.

We have an obligation to grapple with democracy’s complexities, however intractable, while we still can.

For all their abundant shortcomings, Brennan’s arguments for curtailing democracy are, in a way, democratic. Why should the rest of us have to put up with the bad decisions of “hobbits” and “hooligans” (assuming that we do not fit one of these designations ourselves)? Why on earth should their right to vote license our fellow citizens to wreck the world, past and future? How is that just?

Astra Taylor raises related concerns. But rather than losing hope in democracy, Taylor—who directed a documentary on which this book builds—asks us to rethink it. Democracy May Not Exist begins by asking what we are even talking about. “Though the headlines tell us democracy is in ‘crisis,’” Taylor writes, “we don’t have a clear conception of what it is that is at risk.”

Should rule by “the people” take account of subsequent generations? What happens to democratic choice under the coercive conditions of free-market thinking? At what scales and units does “democracy” best operate: a national movement or a party caucus, a commune or an international court? In chapters organized around conceptual quandaries—mixing references to Rousseau and Tocqueville, Native American tribes, and the king of Bhutan—Taylor calls on the past to enliven and challenge the present, opposing craven Republican gerrymandering to the “visionary act of redistricting” of ancient Greek councils, for example, or comparing anti-austerity protest camps in Athens to the agora of classical democracy.

In forcing us to grapple with seemingly irresolvable conundrums, Democracy May Not Exist thus turns familiar complaints on their head. What if we don’t think about the confused, messy, incoherent sides of democracy as a problem? What if those untidily converging visions and incompatible demands simply are democracy, in its purest form?

So what do Brennan’s fears and Taylor’s vision offer to viewers of Years and Years, a show terrifyingly plugged into our contemporary political concerns?

Consider, for starters, the show’s structure. Each episode presents the passage of years as a sudden flash-forward: a rapid montage of world news, extreme weather, political change. The all-too-familiar experience of a rapidly escalating news cycle is here coupled, as at the foaming confluence of two rivers, with the rush of time.

Donald Trump, reelected in 2020, launches a missile strike on China; he is succeeded in 2024 by Vice President Mike Pence. Western Europe falls to a series of right-wing governments, amid a global refugee crisis—and a flu pandemic. Against this (one hopes) counterfactual backdrop, the series tracks the ascent of Rook from celebrity provocateur to fringe politician and, finally, prime minister. The clear implication is that our current media and social media environment forms a torrent of misinformation and chaos like that which Hannah Arendt identified with the onset of totalitarianism.2

Years and Years does make room for resistance. For example, the show depicts a diehard leftist and her working-class sister—both previously Rook sympathizers—rising up in solidarity with with a liberated refugee camp. Change, the show’s feel-good conclusion argues, is still possible. Yet this vision of political uprising offers perhaps too easy and inadequate a fix. That’s because Years and Years does not show the possibilities for democratic renewal coming from within politics itself.

“Asking everyone to vote,” Brennan argues, “is like asking everyone to litter.” Rook’s victory, notably, follows the introduction of mandatory voting. In a nightmarish fulfillment of Against Democracy, the show’s “hobbits” and “hooligans” mindlessly follow a populist leader, whose lies and noxious policies flatter their faulty intuitions and feed their base instincts. Years and Years leaves us with a rather hopeless picture of democracy, tempered only by glimpses of a ragtag opposition. Perhaps the main question of our time—can democratic politics offer a platform for solving the crises of democratic politics?—remains unanswered.3 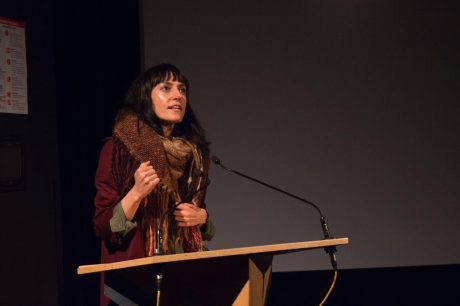 Taylor has some sympathy for the same kind of resistance from without that is glamorized by the show. At the same time, she focuses on the slow, hard work of democratic organizing as a means of promoting the “endless reassessment and renewal” that democracy demands. Making democracy more present in people’s everyday lives, we might speculate, would in turn make less room for politicians whose flouting of political correctness and feel-good animus offers voters the chance to exercise a sense of freedom and autonomy not available elsewhere in their lives. More voting, more democracy, not less—in Taylor’s argument—might have stopped Rook earlier. There are no guarantees. But the alternatives have dark contours of their own.

There is more to Taylor’s democratic vision than is dreamed of in Brennan’s managerial philosophy. For one thing, her emphasis on democracy’s “rambunctious” energies suggests that we are not likely to succumb en masse (as Years and Years implies) to hacks and microtargeting, like so many programmable androids.4 For another, she reminds us that there is no necessary connection between political apocalypticism and the climate crisis; the former, at least, can (and must) be reversed.

In asserting the value of historical perspective and critical thought as weapons against “relentless presentism” and “amnesiac contemporaneity,” Taylor in turn repudiates the conflation of fractured attention spans and the collapse of democracy portrayed, if not promoted, by works like Years and Years, for all its exhilarating power. Democracy is messy and riddled with confusion, elusive and evasive, hard to think about—and sometimes hard to defend. But we have an obligation to grapple with its complexities, however intractable, while we still can. 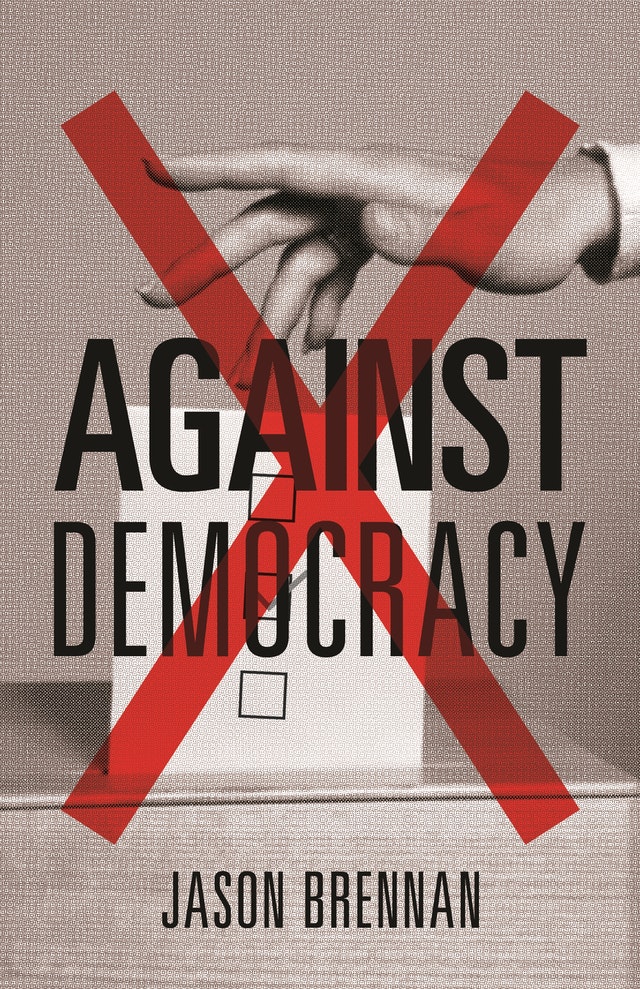 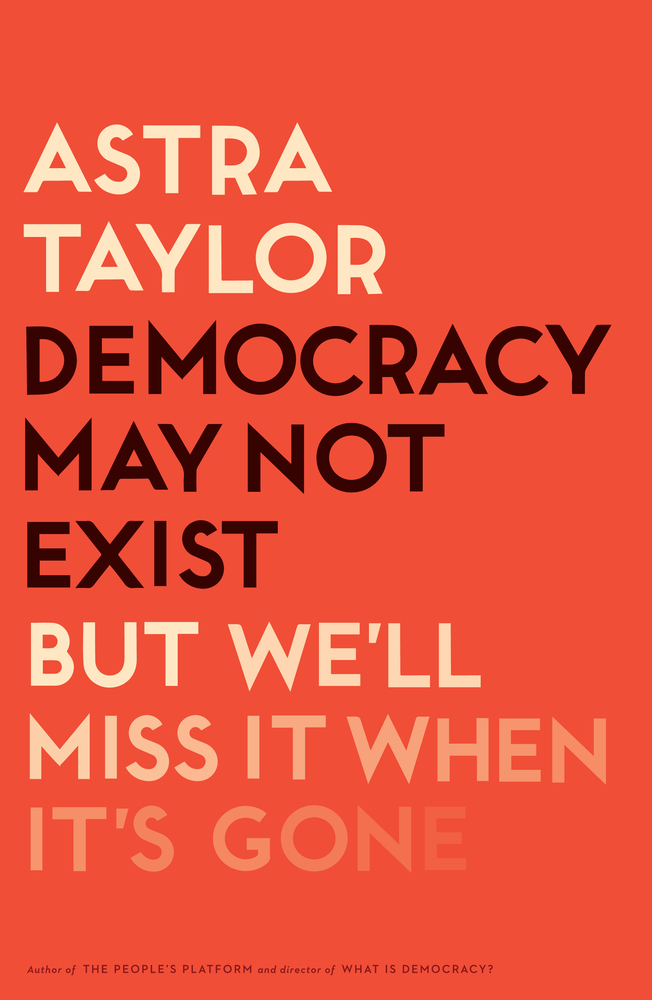 Democracy May Not Exist, but We’ll Miss It When It’s Gone 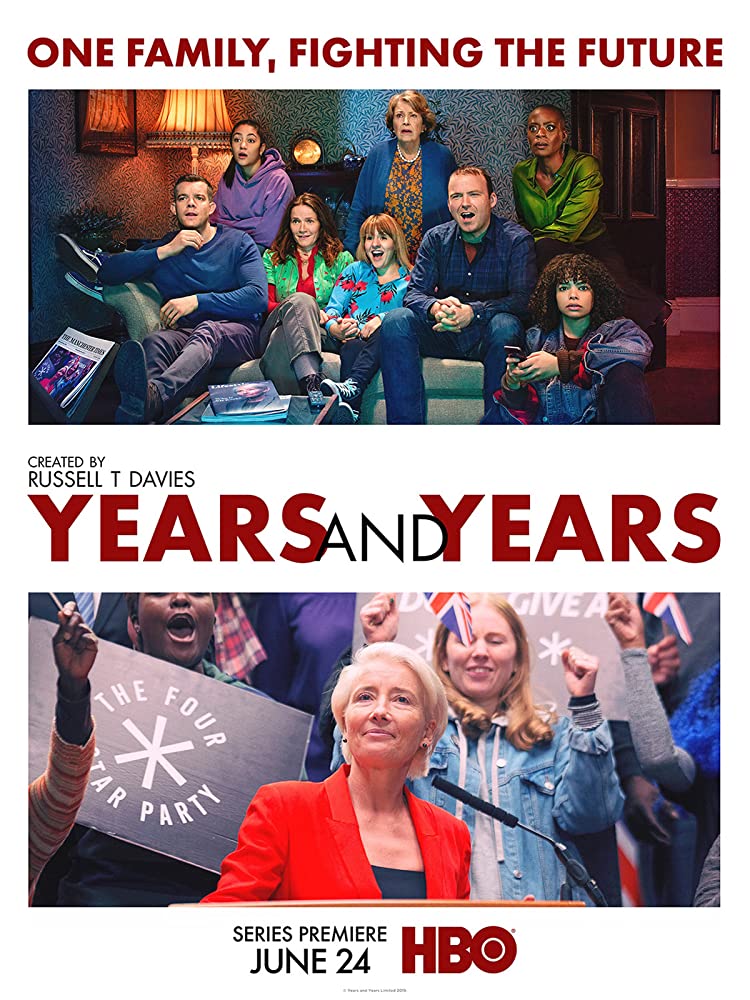