Distant TV
If television is giving you something right now, what might it be telling you about what you need? 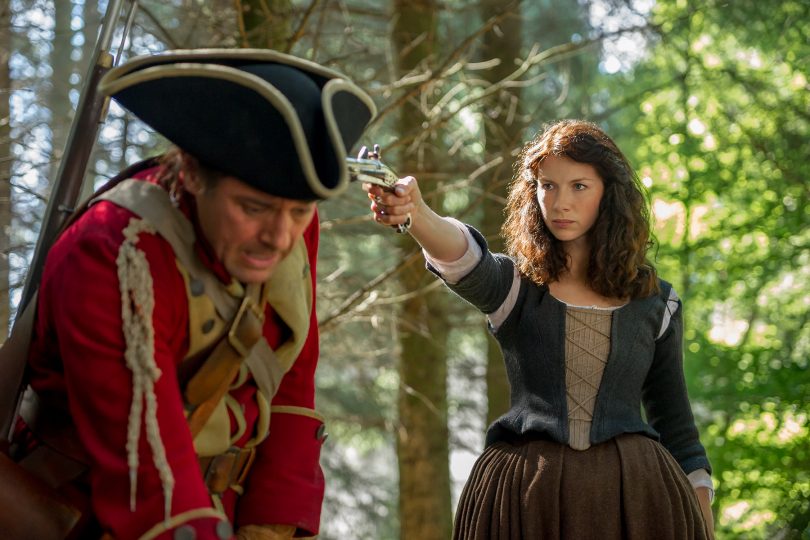 I don’t know how to write about TV right now, even though I firmly believe that there’s always a way to write about TV. So I’ll state the obvious: currently, a great many of us are holed up indoors, with our televisions acting as windows of escape, vortices of terror, and likely both. Though filming has ground to a halt, new series and seasons continue to premiere that jarringly depict people, unmasked and gloveless, interacting at close range. Past series appear ancient or disturbingly relevant. Realism looks more and more like fantasy, science fiction looks more and more like reality, and reality TV is still reality TV, which may explain why, for some, it’s still such a balm. If TV is giving you something right now, what might it be telling you about what you need? I asked the brilliant writers of the Public Books TV section to tell me what they’re watching. They told me what they need. Maybe you need it too.

Netflix has provided #BachelorNation with only one season of The Bachelor to keep the trash fire of heterosexuality burning while we shelter in place: 2009’s Season 13, with divorcé dad-bach Jason Mesnick as the lead. I was turned on (off) to the franchise when virgin bachelor Colton Underwood sought to be deflowered in 2018 (Season 23), so before I sat down to watch Jason find the mother of his child, I was unfamiliar with the pre-Instagram-era show. The women vying for Jason’s affections are not influencers. They are not models or even pageant queens. Many of them are single mothers, also divorced. They are overly genuine and underdressed. They wear cheap sunglasses and flats by the pool as they drool over Jason’s dad bod. In short, Season 13 provides a welcome change of pace from the contemporary series’ impeccably styled 23-year-old models desperate to marry a cheesing virgin or a clueless pilot.

Ostensibly a dating show, Love Is Blind is a craven (and, to this viewer, supremely engrossing) mash-up of market-tested reality show formats. Phase 1, in which contestants date each other “blindly” while communicating between separate “pods,” is a rip-off of the reality-competition singing show The Voice. After proposing to one another sight unseen, engaged contestants are whisked into Phase 2, which capitalizes on the frenzy for watching scantily clad coeds behaving badly in dreamy locales (see Bachelor in Paradise and Love Island).

The show then moves into Real World / Big Brother territory, as the couples are forced to inhabit a single apartment complex, with cameras capturing touchy conversations about money, sex, family, age, race, and—in a contemporary twist—Instagram use. The final episodes invite us to watch through our fingers as contestants face the 90 Day Fiancé conundrum: pledge yourself eternally to someone you hardly know, or run through the streets of Atlanta, wedding dress ripped and dragging through the mud?

Given the gauntlet of vulnerability that Love Is Blind forces its contestants to run, the show has proved unwatchable for some. For those like myself, who are either overly empathetic or pathologically voyeuristic, hosts Nick and Vanessa Lachey could not have frothed up a more satisfying brew to chug during quarantine. By the finale, the show’s central question—is love truly blind?—remains unresolved. But I couldn’t look away. 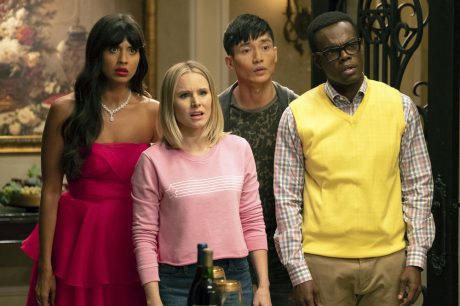 Watching the End Times from the Good Place

I first heard about Outlander not from my friends, but from my friends’ moms. The plot of the series starts in 1946, when Claire Randall (Caitriona Balfe), an English WWII nurse, takes a trip to Inverness, Scotland, with her husband. Through a mysterious encounter with the standing rocks of an ancient ruin, Claire is transported to 1743, where she finds herself in the company of Scottish Highlanders planning their rebellion against the British. I’m a little over halfway through the first season (like everyone else, I was briefly derailed by Tiger King), and although the time-travel aspect has yet to be explained, it hardly matters. What matters is the slow unlacing of corsets, the dropping of kilts to the floor, and the hot climactic murmurs in Gaelic.

I used to assume hetero erotica was about repressed, innocent women who are corrupted and sexually liberated by objectively boring men with thick bodies. But Outlander proves me wrong! Instead, Claire magically appears from the future to show a young, sweet, still objectively boring and thick-bodied Highlander, Jamie Fraser (Sam Heughan), how to have good sex. And she does it while wearing his mother’s pearls. Now is not the time for many things, like rent and productivity. Outlander offers what most of us are really craving in our isolation: backward time travel and sex from the future.

If you’re searching for uplifting fare, pass this recommendation by. If you are like me, and are in the mood for something dark to match the spirit of the times, check out the miniseries Manhunt: Unabomber, a fictionalized and only minimally gory version of a crime spree that occurred in the 1990s, in which bombs were mailed to seemingly random individuals. A limited notion of “scientific forensics” has led FBI doofuses astray for years, until “forensic linguistics” comes to the rescue, enabling our hero (Sam Worthington) to identify the Unabomber as Ted Kaczynski (Paul Bettany), America’s most notorious serial bomber. While not entirely cliché-free, the series brings some interesting changes to the rather tired trope of the hunter-becoming-like-the-hunted. A gripping story of the triumph of linguistic analysis in tracking down a serial killer (with Jane Lynch in a small role as Janet Reno!): How could you resist? 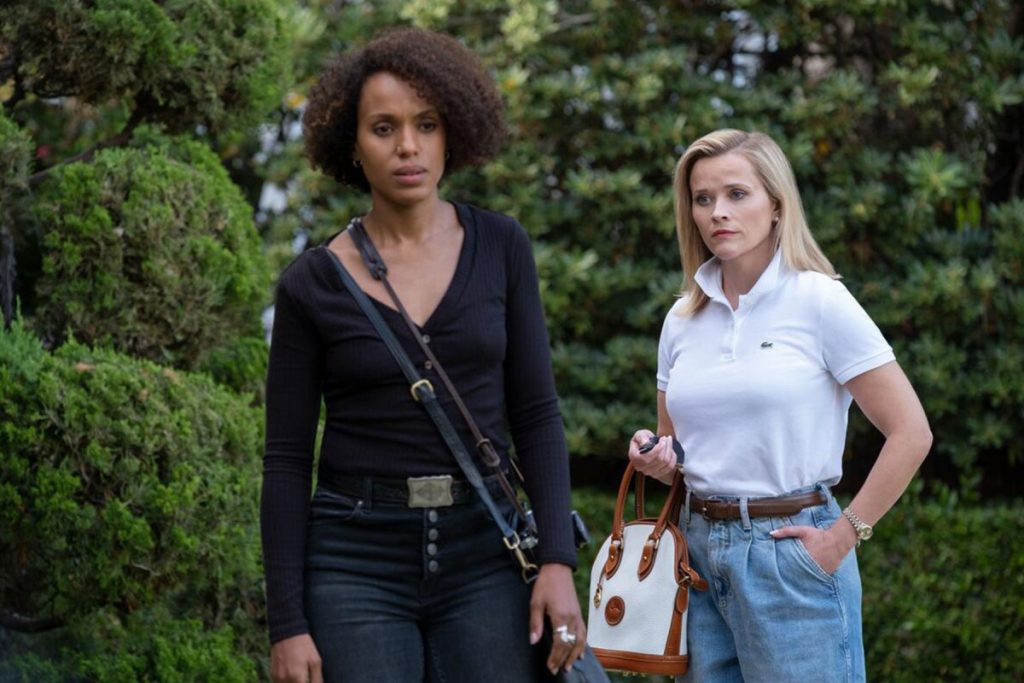 The Simpsons (Fox, 1989–; streaming on most major platforms)

As I have sat in horror witnessing governmental failure coupled with the American public’s staunch indifference to the realities of a global pandemic, I’ve returned to the golden era of The Simpsons for some relief. I’ve felt especially beckoned by the series’ early seasons and their devastating satirical indictment of an American tendency to follow hucksters to their doom. Susan Sontag once wrote that Americans “consider government and taxation to be deeply suspect, almost illegitimate, activities, but their most heartfelt response to any crisis is to wave their flag and affirm their unconditional love of country and approval of their leaders. Above all, they believe America constitutes an exception in the course of human history and will always be exempt from the usual limitations and calamities that shape the destinies of other countries.”

The Simpsons captures these contradictions episode after episode, or as Kang, an alien posing as Bob Dole during the latter’s presidential run, once articulated to hearty cheers, “abortions for some, miniature American flags for others.” So as Americans now cheer to “ventilators for some, miniature American flags for others,” satire becomes prophetic gallows humor, leaving me with at least a few more laughs as the American project embraces its own doom.

In this time of reboots and sequels feeding on our nostalgia, Star Trek: Picard rewrites much of what was comforting about earlier iterations of Star Trek while maintaining the series’ core focus on what it means to be human. The Next Generation (1987–94) came out in an era when the triumph of liberalism was a credible fantasy—the end of history was embodied by the United Federation of Planets, and aliens generally typified some part of humanity we had supposedly overcome. The new series reflects the shift from the 1990s to the Trump era: Jean-Luc Picard is no longer an intragalactic statesman; the Federation has succumbed to xenophobia and corruption, shifting from techno-optimism to technophobia. With this backdrop, Picard beautifully explores what it means to live, organically and synthetically, how to live in relation with others, and ultimately what makes our lives meaningful. 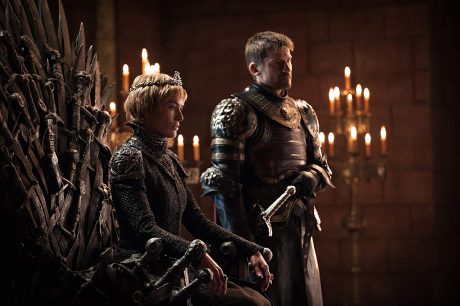 What Were the Women of “Thrones”?

The Bachelorette (ABC, 2003–; Season 15 streaming on most major platforms)

Remember heterosexual dating? Me neither, and watching Season 15 of The Bachelorette makes me grateful for that. In 2019, 24-year-old pageant queen Hannah Brown’s ride through the fun home of heterosexuality was psychologically harrowing. Brown’s torturously prolonged relationships with Luke, the dead-eyed Evangelical crossfitter bent on calling the Bachelorette a slut on national TV, and with Jed, the drippy singer-songwriter, sent thousands of women, including me, into shame spirals, as they remembered their own misadventures with Men Who Are Incapable of Seeing Women as Anything Other than Projections of Their Own Desires.

Now though? Hannah’s foibles feel both quaint and a little thrilling, like a story your grandmother might tell you about the way things used to be. Best of all, the show reminds me, a single person, that there are worse things than being alone. I could, for example, be dating men. Shudder.

Based on Celeste Ng’s 2017 novel of the same name, Little Fires Everywhere is racial melodrama of the highest order. Centered on the fraught relationships between the members of an upper-middle-class white family and a bohemian Black single mother and her daughter in 1990s Shaker Heights, Ohio, the series begins How to Get Away with Murder–style, with a palatial suburban home engulfed in flames—a fire started by we know not whom. Flashbacks will (we hope) show us the culprit, but not without the requisite twists and turns.

The show costars Reese Witherspoon and Kerry Washington, a formidable duo. Witherspoon reprises her Big Little Lies community-busybody role to play Elena Richardson, a supermom and aspiring journalist. Washington deliciously departs from her more buttoned-up character assignments to personate the pot-smoking, papier-mâché-making, photograph-developing, Velvet Underground–listening artiste Mia Warren. Both women have secrets. Their children have secrets. Their secrets, as they say, have secrets. It’s worth watching just to find out what they are.

But Little Fires Everywhere also begs a look for what my dear friend Jennifer Doyle calls its portraits of feminine brittleness: Washington’s and Witherspoon’s gendered performances of the vulnerabilities that lurk just beneath their characters’ hard but thin exteriors. Also, the scene where Elena’s disgruntled queer teen daughter burns her Lilith Fair collage in the bathroom sink, all scored to a cover of Alanis Morissette’s “Uninvited,” alone makes the show unmissable.