Don’t Go Back to Princeton
In Joyce Carol Oates’s The Accursed, life in Princeton, NJ, appears as an endless round of frigid isolation, punctuated by the occasional diabolically inventive rape. Circa 1905, a curse has fallen ... 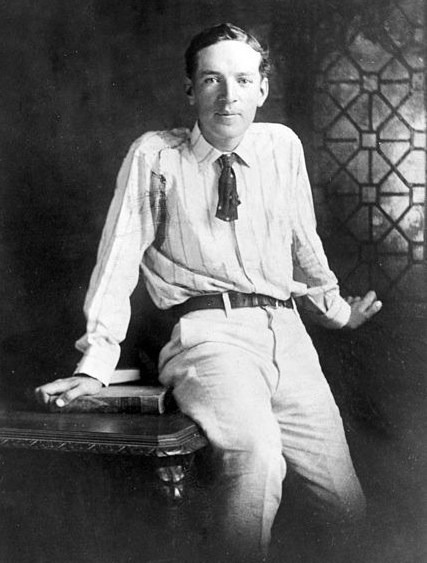 In Joyce Carol Oates’s The Accursed, life in Princeton, NJ, appears as an endless round of frigid isolation, punctuated by the occasional diabolically inventive rape. Circa 1905, a curse has fallen on the well-connected Slades and their milieu, leaving the cream of Princeton beset by vampiric predators, demon lovers, and sex criminals. It has evidently left them lonely, too. The Accursed rotates through the perspectives of multiple characters, most of whom are what Herman Melville would have called “isolatoes”1; the hypochondriac Woodrow Wilson, the self-serious Upton Sinclair, and the reclusive (and fictional) Adelaide Burr are all cut off from others, sometimes by their own suspicious fantasies. “One of my weak-minded days when I dare not venture downstairs,” Burr confides to her diary. “B O R E D O M through the week; & on Monday, an ambitious tea.” Even the historian-narrator, who in the novel’s fiction of its own production has collated contemporary accounts such as Burr’s diary, gives vent to the unhinged opinion that other scholars are trying to steal his sources.

Between the two extremes of isolation and violation, characters in The Accursed can think of little to do with one another. It is hard to decide whether Oates’s adherence to this law of the excluded middle in human relations is a thematic choice, a stylistic limitation, or a little of both. She may be catching the spirit of her subject matter. Nineteenth-century occult practices like mesmerism—one of the many powers adduced by the narrator to explain why the virginal daughter of the Slade family runs off with a diabolical seducer—often inspired just such extreme views. Mostly male stage hypnotists controlled the minds and, it was feared, preyed on the bodies of their mostly female subjects.2 Nothing but absolute cloistering could keep safe what Nathaniel Hawthorne called, when issuing earnest warnings to his future wife, “thy holy of holies.”3 Another influence on The Accursed, 18th- and 19th-century Gothic tales of seduction, such as Charles Brockden Brown’s Wieland (1798) and Hawthorne’s own Blithedale Romance (1852), can give a similar impression that any trace of sexual interest—not to say pleasure—will send one careering toward the Special Victims Unit.

Both seduction plots and mesmeric confrontations have the clean lines of myth: two characters—predator and prey—meeting to sort out good, evil, and the boundaries between bodies. With such bold outlines, their dire warnings have a certain paranoid majesty. But Oates’s novel is excluded from that saving grace by one of her most interesting choices: to combine Gothic themes with the forms typical of contemporary high-art fiction, as she has done in previous novels such as Bellefleur (1980). In Oates’s hands, high art looks something like the work of a Pynchon who plays better with others. Pynchon’s metafictional obsessions and his fragmentary ornateness of plot are there, but so too is evidence of a greater debt to social realism. Think David Foster Wallace.

Whatever the merits of such a form, it does not possess clean lines, and is therefore in tension with the mythic contours Oates takes from the Gothic genre. The Accursed swarms with plots, narrative voices, punctuation styles, and half-completed notions. Well and good, had the novel only taken a view of human life as intricate as its style. That intricacy would have had to come from less isolated characters who could be shown to find their desires in and through relation to each other, thus forming the complex web that the best realism affords. Or, if the crew of isolatoes is to stay, they would be better served by a plot that matched their hermeticism: a symmetrical and architectural structure like the one that balances Hawthorne’s piece of Kabuki theater on the occult, The Blithedale Romance. The latter choice would better continue Oates’s project of rejuvenating the contemporary novel by making the resources of the Gothic available to it. Oates’s serious interest in Gothic topoi is welcome. But that genre’s stark forms—and the moral absolutes subtending those forms—might offer an even more salutary shock to art fiction than vampires and demons can deliver.