Dream Girls
Hilton Als’s White Girls is a disorienting book. If traditional biography aspires to capture the person behind the scrim of myth, Als prefers to linger on the scrim itself—the fantasy, the persona ... 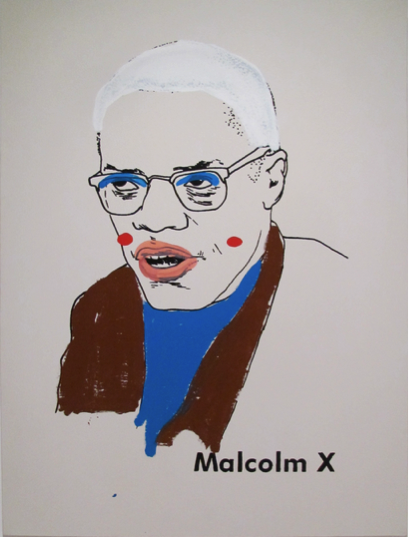 Hilton Als’s White Girls is a disorienting book. If traditional biography aspires to capture the person behind the scrim of myth, Als prefers to linger on the scrim itself—the fantasy, the persona, the aura of celebrity—the fiction. His essay on Truman Capote focuses on the writer’s public image, beginning with the famous book-jacket photo of Capote in feminine repose. Other essays imagine the autobiography that Malcolm X’s mother never wrote or take the form of a fictional interview with Richard Pryor’s sister.

In some ways, reading White Girls is an exercise in tolerating the distress that comes from not knowing where to draw the line between truth and fiction, between author and subject, between “me” and “you.” When Als writes about the rapper Eminem and his mother, for example, one senses that the essay is less about their relationship than it is about Als and his own mother, and that lines like “he refined her hysteria, controlled it, gave it a linguistic form” are less about rapping than about essay writing.

Yet this overidentification is the source of the book’s brilliance. Als’s true interest lies in the intensely narcissistic love that leads writers to simultaneously approach and rear away from their chosen subjects, alternately finding in them a mirror of their own experience and declaring them curious, separate, and other. White Girls is about what it means to be preoccupied, even obsessed with another person—in the words of the opening essay, how someone can come to “fill [one’s] mind like no one else on earth.” Als’s “white girls” are blank and inviting surfaces for his projections; they are objects, and the “least an object can do is shut up.” And yet this blankness, this failure to speak, has a power of its own. The “complexity and ultimate failure of language was what I conveyed,” Als says, assuming the voice of a fictionalized Louise Brooks.

Of course, as its title provocatively announces, White Girls is also a collection of writings on race, gender, and queerness. As Als makes clear in one of the book’s shorter pieces, though, he has little interest in “difference,” at least in the sense other writers use the term, as a placeholder for thinking about the experiences of being racialized, gendered, or queer. Perhaps Als goes too far when he repeats over and over that “difference” is for “stupid people.”

That said, his distaste for difference as both a word and an idea gets at the powerful critique of liberal identity politics at the book’s core. White Girls discards “difference” in favor of a very specific and nuanced notion of sameness. Als comes closest to making this explicit in its dense and gorgeous final section, an autobiographical essay that states, “There are many stories like this one, but only one, too.” In almost any other context that sentence would be a banality, but Als’s one common story bears no resemblance to any feel-good, we-are-the-world-dogma. Instead, it seems to be a communality of shame that calls for a politics built upon the shared experiences of pain and denial, a politics of forgetting, misremembering, misrepresenting, and dissociating, and all the other lengths to which we go to keep our personhood, our selves, intact. “To be central and apparently loved, one will do a great deal,” Als writes, “even exercise, continually, the courage of shutting up, the conviction that yes I am just like you and everyone else or at least exhibit the desire to be.”

Als understands how difficult and alienating it is to inhabit the shared illusion we call “reality.”

Given such violent conditions, writing requires more than merely giving an account of what “really” happened. As Pryor’s sister says at one point about men who fall for actresses, “What kind of hope do men find underneath all that acting?  Are you hoping that one day she’ll stop acting and love you as herself forever?” Those who hold out for the truth beneath the fantasy miss the point. This is not to say that all truth is relative, or that we all wear masks. Rather, it is an invitation to see that, like the actress above, we all find ourselves reciting a language of someone else’s making, and so the task must be to attend to the performance, to the illusion.

Als understands how difficult and alienating it is to inhabit the shared illusion we call “reality.” The price of entry is the apparent dispossession of all the fantasies and sensations that fail to suit the script as written. “We often pretend that the profound shame that accompanies our resistance to remembering is fleeting,” he notes, “as though being revisionists of our own past made much of the difference, as in, ‘Actually I believe my childhood to have been quite happy. We had a dog, a psychiatrist, a house …’ and so forth.”

White Girls insists that what we need is not less narcissism but more, not the official story but the dream. Als is interested in those who are tethered by love or hate to an illusory white girl, often the white girl they think themselves to be. He is also interested in the ultimate impossibility of that love, in what he describes as the “love affair with no love, or a surfeit of it.” By dwelling in this idealization despite its unreality, he confronts his own most cherished notions of who he is and ought to be, his shame’s origins. The writing in White Girls demonstrates a love for the past that is also a wish to be free from its insufficiencies.