Dreaming in the Multiverse
The American Southwest has long been associated with unsavory scientific research, from Manhattan Project nuclear experiments at the Los Alamos National Laboratory to the only recently acknowledged ... 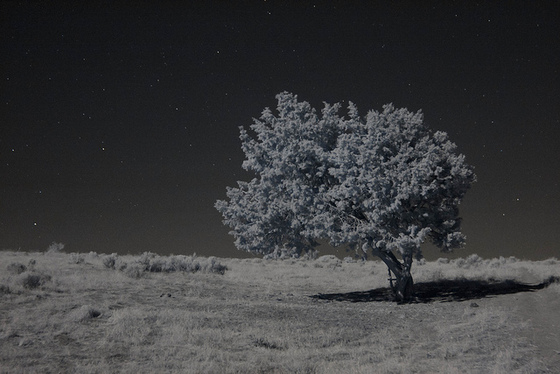 The American Southwest has long been associated with unsavory scientific research, from Manhattan Project nuclear experiments at the Los Alamos National Laboratory to the only recently acknowledged Area 51, preferred vacation spot of aliens the universe over. But in American Elsewhere, Robert Jackson Bennett’s latest work of speculative fiction, the little town of Wink, New Mexico, guards a secret more sinister—and more interesting—than anything that Roswell enthusiasts might imagine.

Bennett’s novel take on the “visitors from outer space” theme explores the science of multiple universes in order to excavate the foundations of the American dream. His heroine is Mona Bright, a plucky ex-cop who inherits the deed for a house once owned by her mother in Wink, a place that cannot be found on any map. Battered by a hard, itinerant life and the distant memory of her mother’s suicide, Mona feels oddly at home when she arrives in the sleepy valley enclave where the moon shines pink and the contours of reality are strangely malleable. On its face, the town is perfect: well-manicured lawns, attractive houses, and a 1950s-style moral simplicity. But things are not as they seem: behind the idyllic mask lurks repression and fear, and after the murder of a prominent citizen, the residents begin to panic. Someone, it seems, wants to destroy this modest way of life.

As Mona begins to investigate what becomes multiple murders, as well as her mother’s involvement in the now-defunct government laboratory that still looms over the town, she makes eerie discoveries about Wink’s residents and her own family history. Here’s where the otherwise familiar premise gets more interesting: the laboratory researched quantum mechanics, specifically the potential for multiple universes that touch at certain points (a theoretical phenomenon known as cosmic bruising). After uncovering an experiment gone awry, Mona’s search for a past and a home turns into a desperate bid to save mankind from an invasion by interdimensional aliens.

Perhaps the fiction of the atomic age—those 20th-century visions of mutants and nuclear holocaust—is now obsolete. Here, instead, Bennett turns to the quantum world to interrogate that mythic entity known as the “American Dream.”

Side by side with Wink’s terrified human residents live refugees from another dimension who crave stability as they await the messianic return of their “Mother.” In the meantime, the monstrous visitors turn to a model of the good life that is quick to hand: the idealized American past. In constructing their utopia based on outdated cultural models and demanding that the human residents follow along, the monsters have “turned their prison into a paradise, though a misguided one,” as Mr. First, the oldest of them, tells Mona. They “fell in love with a dream. Your dream. A dream of your country, your people. A quiet, small life … I do not know if the dream was ever real or not, but it is yours. I believe it appeals to your people just as much as it does mine.”

With this dream comes a reign of terror, one that protects a stale, outmoded way of life in which you shouldn’t go outside at night, homosexuality is outlawed, and children are surrendered to the whims of fearsome authority figures. As Gracie, a teenager forced to serve as a concubine to Mr. First, muses: “[The townspeople] have traded the happiness and well-being of their families, even themselves, all so they can have this quiet cup of coffee here, and their little white house, and a well-watered lawn, and a nice, gleaming car of their own.” Bennett turns our attention to the underbelly of the American dream, the compromises and injustices that it must repress in order to function. While this familiar bête noire of literary fiction (speculative and otherwise) occasionally leads here to ponderous discussions about the possibility of individual happiness, American Elsewhere stands out for its dexterously orchestrated plot as well as for the timeliness of the quantum theory at its center. The foreignness of quantum worlds and quantum beings makes possible a critique not so much of the American dream per se, but of the impulse to cling to such a fantasy.

With his lucid and often eloquent prose, Bennett has created a riveting—if at times heavy-handed—allegory of the sacrifices and injustices people will tolerate in the pursuit of happiness.

In his previous novels, Bennett has focused on the distant past—the interwar period in Mr. Shivers and in The Company Man, the turn of the 20th century in The Troupe. Here he imagines a present stuck in the past. In doing so, Bennett poaches freely from familiar sci-fi and horror tropes, producing a work that often reads like an amalgam of Stephen King’s The Tommyknockers, the video game Half-Life, and David Lynch’s Twin Peaks. And while smarter than your average horror book, American Elsewhere does suffer from some overly simplistic characters, especially Mona. Her backstory—marriage, miscarriage, divorce, unrequited longing for a home she never had—is affecting, but her voice has a generic wittiness that substitutes sassy one-liners for distinctive personality. The author’s imagination of interdimensional travelers, meanwhile, is also a bit disappointing, limited to picturing them as rather like overgrown cockroaches.

But with his lucid and often eloquent prose, Bennett has created a riveting—if at times heavy-handed—allegory of the sacrifices and injustices people will tolerate in the pursuit of happiness. Through the evolution of restless Mona, the novel charts the abandonment of stale illusions in favor of the power to determine one’s own desires. The goal, Bennett seems to say, is not to resurrect the dreams of our fathers, but to create new ones—a much harder task.