Drone Poems
The protests of Hong Kong’s 2014 “Umbrella Revolution” were marked in early days by the intermittent appearance of a helicopter drone flying high above the crowds, looking rather like a pizza box ... 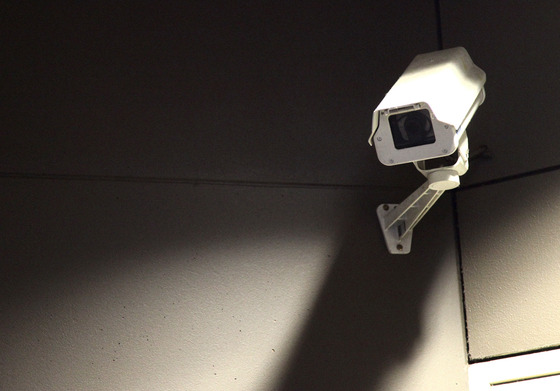 The protests of Hong Kong’s 2014 “Umbrella Revolution” were marked in early days by the intermittent appearance of a helicopter drone flying high above the crowds, looking rather like a pizza box with propellers. I heard a moment’s nervous murmuring from the crowd each time it went up. But the drone’s LEDs were swirling red and yellow and green—too many clashing colors to be the work of the police, or of the People’s Liberation Army. Instead, the pilot was a protestor, standing just a few feet away from me—perhaps documenting the gathering, perhaps filming a music video, perhaps messing around. In any case, the scene serves as an apt icon for what is now happening, and what needs to happen, in the calcified public discussion of surveillance, surveillance technologies, and their social meanings, because despite long habits of association, surveillance is irreducible to domination.

A flying pizza box is not a talon of the total state. Yet Privacy Policy, a new poetry anthology edited by Andrew Ridker, begins by introducing the idea (well-worn for at least 40 years, since Nixon and The Conversation) that we are entering yet another, yet more outrageous, age of surveillance. The book’s cover design references Shepard Fairey’s graphics of dissent, and the table of contents tells us that these poets, 66 of them, have been arranged in the volume in the order of their social security numbers: ominous, yet palpably goofy. Several of the poems in Privacy Policy proceed in much the same manner from outrage to irony. But overall, these poets are not preoccupied with frightening, encroaching regimes of surveillance. While many of them do ponder watching, looking, or seeing, none of them partake in the shrill satire that we associate with old-fashioned postmodern fiction.

Ridker remarks in his introduction that, in editing a pointedly topical anthology, he has somehow also produced a “survey of contemporary poetry as it stands today,” and he is right. The book is, in plain fact, an excellent, superbly distributed introduction to American poetry circa 2014. The table of contents is at once a Who’s Who and a What Is This, and the book is filled with great poems by great writers. Of a dozen possible ways to indicate the territory, consider a map with these four corners: John Ashbery, CAConrad, Nikki Giovanni, and Robert Pinsky.

And yet the book is a puzzle. Given how well we have come to understand that anthologies are arguments in abeyance, Ridker’s accidental synopsis of American poetries seems fraught—particularly in the context of The Watchman in Pieces, which describes a pervasive connection between surveillance and literature. In an argument so overarching that it might seem cavalier, David Rosen and Aaron Santesso assert that literature and surveillance have been intertwined as long as either has existed. Reading their book, it sometimes appears that we could rebrand Ridker as Intro to Poetry, or, conversely, we could rebadge our Norton, and in both cases we would still have “An Anthology of Surveillance Poetics.”

The argument mounted by Rosen and Santesso has the kind of sweep that academics usually deny to themselves and each other, and it makes their book unusually good reading. It has also just won them the James Russell Lowell Prize of the Modern Literature Association. Rosen and Santesso are quite aware of what they’ve undertaken, going so far as to warn their readers that, just as it took them some time to write the book, it may take some time to read (true!). The effort is required because the argument cuts deep: they set out by entirely rejecting the compound of Orwell and Foucault by which we tend to understand surveillance. Surveillance is not social control, they argue. Instead, surveillance is human, and even humane; it is what we do when we attempt to find out more about other people.

Gauntlet thrown, Rosen and Santesso proceed to argue that literature and surveillance are twins, two projects long shaped by our evolving premises about how knowable we are to one another, and about how much we need to know. Once upon a time, their story begins, we lived in an allegorical universe, one in which society’s mode (their term of art) was allegory. In the allegorical mode, society and its denizens were regarded as viewable, in all the ways that mattered, from God’s vantage point. Literature was itself allegorical, and knowledge of persons was focused on roles, as in William Langland or Edmund Spenser: King John, Knight John, John the Cooper, and John the Beggar. This did not indicate, of course, that there was no further knowledge about these individuals, but rather that further knowledge wasn’t badly needed or necessarily expected, in literature or elsewhere.

The great event, in Rosen and Santesso’s book, is the invention of liberalism, which is what happened after Iago could state that “I am not what I am.” Not merely irreducible to appearances, Iago has, in fact, no singular identity. When persons became paradoxes, we abandoned the god’s-eye view in favor of crude-formalities-cum-cherished-values, such as individual autonomy, privacy, and contract. But along with these forms of reticence and restraint emerged the need for sympathy, for ways of seeing one another. In their story’s central movement, Rosen and Santesso argue that the novel has been preponderantly concerned with looking into other minds. They remind us that the novel’s origins are epistolary, that from Clarissa through Herzog and on to Super Sad True Love Story, the novel’s bedrock idea is to give access to “private” correspondence. The novel, then, is a facet of the kind of notably civil society within which we live, when we are lucky. No godlike perspective, here, but instead a whole set of practices and technologies for reckoning with the overwhelming difficulty of knowing one another: novels, newspapers, phrenology, psychoanalysis, democracy, surveillance, and all the rest.

Among these ideas, however, was the germ of allegory’s return. If the police, for Rosen and Santesso, were less a gloved fist than just another form of society’s self-knowledge, the police still gave birth to the figure of the detective. Detective fiction imagines its protagonists as police, but better: police as good as imagination could make them. Sherlock Holmes represents the surveillance savant, knowing the all-but-unknowable at a glance. It proves a very short step from Holmes’s preternatural ability back to the allegorical mode, as in 1984, which ends with the consummate inquisition—a deity’s perfect knowledge—of Winston Smith. If we really believe that ours is an Orwellian world, if we really see a vision of the contemporary state when we look into the eye of Sauron, then we are back on terrain we began to abandon in the 16th century. And not without justification, surely. We find ourselves interacting with representations of our behavior—credit ratings, purchase histories, filter bubbles—that, in a subtle but recognizably allegorical fashion, position us as knowable. Not Joan the Milkmaid, but, nonetheless, Joan-whose-behavior-will-fall-into-the-pattern-predicted-by-the-pertinent-algorithm.

Surveillance is not social control; instead, it is human, and even humane; it is what we do when we attempt to find out more about other people.

The crucial claim for Rosen and Santesso, however, is that irruptions of the allegorical mode are basically illusory, something we can handle. We aren’t click-throughs or milkmaids; in actual fact we’re liberal persons, and though there can be some erosions and reductions, and there can be coercions and brutality, surveillance, even at its most intensive, will always be a bumbling, approximate affair. The hard problem is not resisting the imposition of totalitarianism. The hard problem is still E. M. Forster’s—“only connect”—and it always will be, no matter how much data we amass, and no matter how schematic we attempt to render one another. That’s the underlying argument of Rosen and Santesso’s book, and although it is an unusual kind of proof, it is much more compelling than the conventional pieties.

Ultimately, though, Ridker’s anthology is a better argument for Rosen and Santesso’s case than any summary could be. In his contribution to the volume, Richard Greenfield concisely restates their story: “Not god, not idiot savant, but box.” From divine omniscience, through Sherlock, to TiVo. But if the box is the new fact, for Greenfield as well as for Rosen and Santesso, the poems in Privacy Policy tell us very explicitly that the box is not God, that even Snowden’s Internet is nothing like Orwell’s telescreen, that we should join Rosen and Santesso in seeing much more in surveillance than social control. Just as God’s eye above did less than nothing to cut down on the ribaldry, parody, and irony of the medieval world, the poems in Privacy Policy repeat a parallel assertion. Cathy Park Hong writes, “ … I have this pang. / It’s my pang.” And Graham Foust: “existence / outwits its particulars.” Max Hjortsberg writes of drones with exactly the same optic nonchalance as Stevens used to look at a blackbird: the “drone lost among perfect / clouds and mountains / circles for another pass.”

We’re going to continue wondering whether our drones augur the arrival of Richard Brautigan’s “machines of loving grace.” But books like these suggest the possibility of much wider, and much more interesting, accounts of surveillance than are afforded by our waves of paranoia—and their sense of what literature can be is even wider yet. The drone pilot is probably standing right next to you, and he is probably having fun. And if you ask, you might be permitted to have a look, at yourself and your companions, from the drone’s point of view. 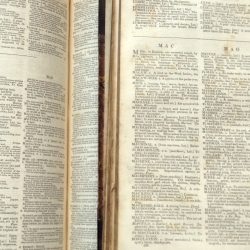 The Watchman in Pieces: Surveillance, Literature, and Liberal Personhood