Dudes, Bodies, and Criminals
For those accustomed to the dry wit of judicial opinions, there is an undeniable charm to a novel that, within its first ten pages, paraphrases the 1966 Miranda v. Arizona US Supreme Court case with ... 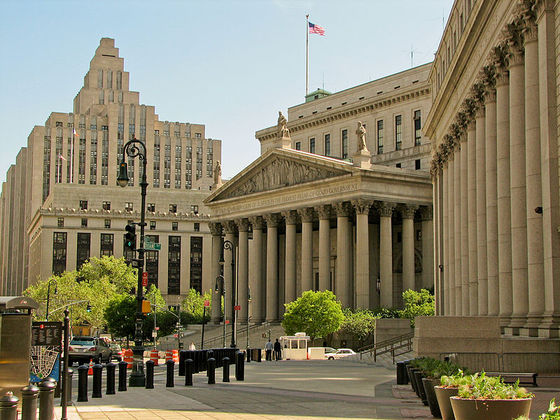 For those accustomed to the dry wit of judicial opinions, there is an undeniable charm to a novel that, within its first ten pages, paraphrases the 1966 Miranda v. Arizona US Supreme Court case with colloquial gusto: “The ACLU grabbed the case and 976 days later they were in front of the court that never gets overruled with John Flynn saying, and this is a direct quote (no it isn’t): ‘look dudes, and I refer to you thusly because this is way pre-O’Connor/Ginsburg, your Fifth Amendment deal is only protecting the rich and powerful: those who are brainy enough to know what their rights are or who have the dough to rent a lawyer.’”

Self-published in 2008, Sergio de la Pava’s 678-page opus A Naked Singularity gained such a following that the University of Chicago Press republished it last spring. The novel vivifies the forms of the modern American legal order, contrasting an attempt at the perfect heist with the courtroom’s routine foreclosure of life chances. Ralph Kramden from The Honeymooners and the Puerto Rican boxing champion Wilfred Benítez are also prominently involved.

Given the extent to which incarceration pervades contemporary American life, we need fiction that grapples with the entanglement of certain populations, particularly those of color, with various forms of prison, probation, and parole. At the time of the novel’s initial publication, one in 100 American adults was behind bars.1 Broken down by race and gender, the statistics document the everyday rehearsals of state capture and confinement that structure the lives of black, Latino, and transgender communities.2

Casi, the novel’s protagonist and narrator, is a Manhattan public defense attorney, and the text opens with a madcap panorama of New York’s criminal court system as seen through his critical eyes. Moving quickly through Casi’s initial interviews with his arraigned clients, De La Pava presents readers with an array of people arrested for crimes that mostly represent indigent, immigrant, or addicted modes of getting by. A man who only speaks Cantonese is locked up for selling batteries on the subway, for instance, and an HIV-positive methadone addict is charged with acting as a lookout while her husband sold his clinical dose to an eager undercover cop. Insistently calling attention to the court’s reduction of life to categories of culpability, De La Pava capably depicts the legal processes that attach the bodies of criminal defendants to words like “four-time predicate felon” and “extensive warrant history.”

By threading the banal archive of carceral procedure through a narrative in which the protagonist dodges a punch from a chimpanzee, the novel effectively illustrates the mundane absurdity of the court system.

This is one way to describe a novel that does its best to resist description, whose broad scope and tangential energies escape interpretive enclosure. Discussing his plan to bring the characters of The Honeymooners to “actual” life, Casi’s neighbor Angus articulates something like the anti-logic of criminal court when he asks how someone might “go from being a collection of flesh and bone who generally occupies the same space as us to being a real person who has an inner life that we, on some level, care about.” By the end of the novel, when a friend advises Casi not to enter the courthouse because “you’ll never be the true subject of anything that happens in that or any similar building,” the point is clear: the maddening legal terrain Casi traverses brings a carceral—rather than what De La Pava considers a “true”—subject into being. Whereas Michel Foucault offered the prison timetable as the emblem of the modern state’s regime of subject creation, De La Pava submits death row visiting room regulations, confidential informant memos, and trial transcripts (complete with court reporter typos).

By threading the banal archive of carceral procedure through a narrative in which the protagonist dodges a punch from a chimpanzee, the novel effectively illustrates the mundane absurdity of the court system. The pathos of the novel derives not from crisply delineated encounters with individual cases of injustice but from lingering over systemic arrangements of diminished life chances. This is a welcome technique when it comes to contemporary legal fiction, and De La Pava employs it with such wit, intelligence, and humor that the text easily resists the deterministic melancholy such a representational strategy might seem to invite. This is not to say the novel is without problems—it fails to imagine the incarcerated subject as anything other than mentally impaired, and portions of the text read like Young Men’s Philosophy Club meetings. But in giving us Casi to navigate our legal present, De La Pava offers the invaluable opportunity to consider injustice, and imaginative remedities for it, through the perspective of a narrator who is willing to commit a multimillion-dollar robbery but unwilling to use a gun. Ethical criminality, the novel suggests, may be a form of self-making that evades the dehumanizing logics of the lawful.