Earnestine & Hazel’s in Memphis: A Place Known for its Dead
This is the latest installment of Public Streets, a biweekly urban observations series curated by Ellis Avery.   On South Main, in the newly revived arts district of downtown Memphis, sits a ... 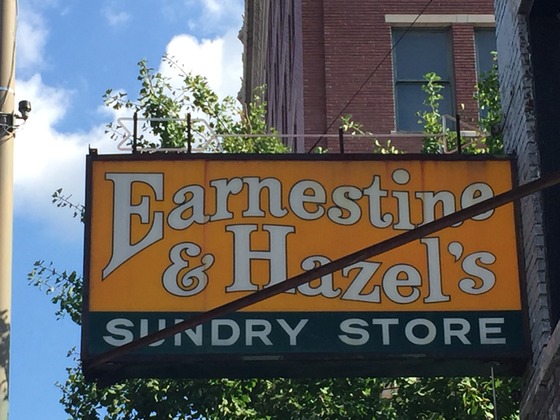 On South Main, in the newly revived arts district of downtown Memphis, sits a little dive bar called Earnestine & Hazel’s, named for the women who ran it in the middle of the last century. If you’re lucky, you’ll catch the place on a quiet Saturday afternoon when Clarence, a bartender with a warm smile and a twirly moustache, can give you the tour. While he’s getting your drink, he’ll tell you that the building used to be a pharmacy. Earnestine and Hazel once operated a beauty salon on the top floor, but when the owner struck it rich inventing a suntan oil, he gave them the whole place: the ladies turned it into a lucrative brothel that catered to the men who worked on the river. Clarence will also tell you every movie that’s since been shot in the place and every famous musician that has come there after hours to smoke a joint or carouse with the women. He’ll entice you to try one of the famous “Soul Burgers,” delicious and greasy, made to order with sautéed onions and secret seasoning, and served up with chips and a drink—beer or a coke, as we call all soft drinks in the south.

The jukebox is haunted, Clarence will tell you. And sure enough, after you have been sitting there in dead silence for a few minutes waiting on your burger, the thing might just start up, playing a twangy country song, Hank or Waylon or maybe an old blues tune, one you’d just been humming. And he didn’t do it; he was flipping the burgers the whole time; you’ll swear it. The hair will stand up on your arms. And then you’ll hear a creak up above you. “I told you the place was haunted,” Clarence will say and laugh.

Earnestine & Hazel’s looks like the antique it is. It hasn’t been newly renovated. The bottom floor houses a long wooden bar along one wall, booths along another, with four-tops scattered about and a pool table. The bar itself is nicked and knifed, and the booths and tables, though certainly newer, show their age. Along the wall across from the bar is a wall of fame, but this one doesn’t look like your typical gallery of famous patrons. It more closely resembles the snapshot collages at your grandmother’s house in the ‘70s. 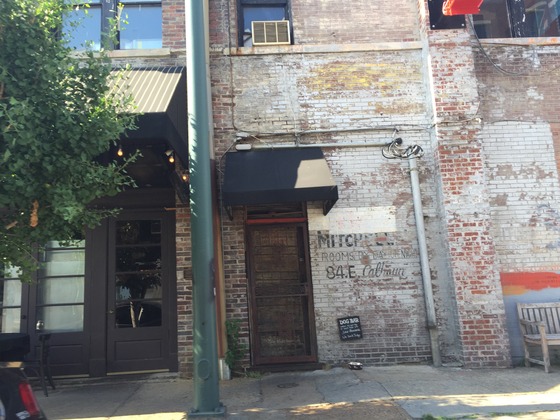 Following Clarence to the back, you’ll find a side door that opens directly on to the stairs where he’ll tell you johns from the riverboats once entered. The blue-painted plaster on the walls is crumbling to reveal the brick beneath, and this isn’t a shabby chic design choice. Upstairs there is a bench where the johns would wait their turn, Clarence might say, across from a long hall of doors. Behind one door is a bathroom with a battered tub; behind another is a red light and a radio from the ‘70s, and yet another, a bar with only a few stools and a piano. Here is where you may, if there late enough, experience the magic of the after hours club and its many famous visitors, including, some have said, the last mayor.

Since the bar evolved from a brothel, as the story goes, the whole place is haunted, not just the jukebox. Why wouldn’t it be? In a city known for its nationally-mourned dead (Elvis, Martin Luther King Jr., Jeff Buckley), this building houses the spirits of many a tragic life of a woman who sold her body for survival. Haunted or not, Earnestine & Hazel’s, a Memphis legend among the many legends of Memphis, may be the only place downtown that you can visit and feel like one of Memphis’s own, where Clarence will invite you to come back for the live music, the Cherry Burlesque Show, or even to share your own song at their songwriter’s open mic. Earnestine & Hazel’s has a storied past, but plenty of room for your own story.