Eat, Pray, Drive
The midlife-crisis novel is to contemporary literature what the coming-of-age novel was to 19th-century literature. The former picks up where the latter closes—after the happy ending. Both genres ... 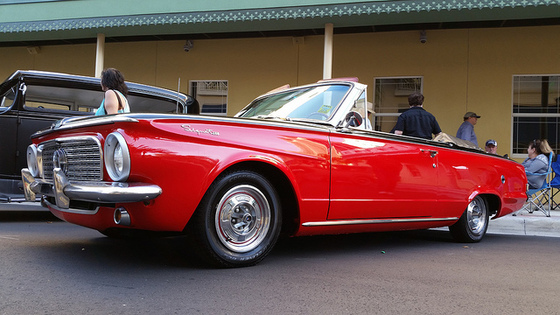 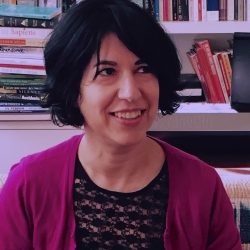 The midlife-crisis novel is to contemporary literature what the coming-of-age novel was to 19th-century literature, the former picking up where the latter closes—after the happy ending.1 Both genres have a predictable structure: disillusion, crisis, liberation. Both tell stories of bourgeois self-realization. Marcy Dermansky’s The Red Car shows how the two are related by drawing attention to how a midlife crisis is always in some ways a coming-of-age do-over.

The novel opens with a pointedly anti-romantic anecdote from the protagonist’s past. Back in her college days, Leah decided to have sex with an admiring friend in exchange for cash. When the friend, wracked with guilt, reported the incident to the school authorities, Leah opted to leave before she could be expelled. The deadpan tone with which the first-person narrator recounts the anecdote prepares us for Leah’s disassociated outlook throughout the novel.

For it soon becomes clear that Leah inhabits her life as a bemused onlooker, mute on the subject of her own motivations and those of others. Her narration combines the jaded irony of a hardboiled detective with the sparseness and repetition of modernist prose à la Hemingway or Stein. The novel uses this strategy to work around the limited scripts available to women and women writers dealing with midlife crisis, the flat affect and pared-down writing creating an overriding sense of detachment that serves as a bracing riposte to the sappy optimism of romances such as Eat, Pray, Love or How Stella Got Her Groove Back and the cautious optimism one finds in the New York Times’ “Modern Love” column.

Dermansky’s flat style can be grating, with its short declarative sentences beginning with “I” and dialogue awkwardly lacking in contractions. Here is Leah reflecting on another transactional relationship from her youth:

I was brand-new in San Francisco, right out of college, and I thought it was thrilling, a guy buying me a drink. I didn’t think, how tacky, this creep is buying me a drink. I thought, how amazing, I put on lipstick and a short skirt and look what can happen. “I am not going to get up,” he said. “I am going to finish reading this scene.” He handed me twenty dollars.

But the writing is also wryly comedic, as is the plot, which toggles between quirky road novel and brash allegory.

The titular car belongs to Judy, Leah’s feisty erstwhile boss in the HR department at the University of California–San Francisco. It was at the former’s instigation that Leah left her job to pursue an MFA, then moved to New York with her husband and fellow writer, Hans, to make her living as a novelist. This supposedly more authentic, artsy life is still formulaic, the novel makes clear. Leah is stifled, uninspired, and un-enamored of her possessive and increasingly abusive husband. Upon learning that Judy has been killed in a car crash and bequeathed to Leah some money and the red car in which she died, Leah jumps at the chance to fly back to California for her funeral.

It turns out that Judy’s legacy is not so much the damaged car or the money as an opportunity for Leah to extract herself from her marriage and its deadening effects. Judy had been divorced and childless, but her gleeful acquisition of the red car seems to offer her a compensatory satisfaction. “This is it for me,” she tells Leah. “This car.” Upon retrieving the vehicle, however, Leah finds a letter from Judy under the seat revealing that while she “lived the way [she] wanted to,” she also felt lonely and unfulfilled. Judy may even have intentionally killed herself with the car in a twisted version of a lovers’ death pact. “I have never really loved anything as much as that red car,” the letter ends. After her death, the red car reads less as a symbol of freedom than of Judy’s “leaning in” to masculine clichés while judging herself by feminine ones.

It is perhaps for this reason that Leah comes to see the car as a source of evil, like Stephen King’s Christine. She tells a mechanic to repair and sell it, but the car apparently has a will of its own, miraculously repairing itself and encroaching on Leah’s life. This is only one aspect of how the narrative takes a Gothic turn halfway through, recalling the work of Haruki Murakami, whom Dermansky references both in style and by name. Judy starts haunting Leah, manifesting as an ironic voice inside her head, commenting on Leah’s decisions and motivations in a humorous corrective to Leah’s own opaqueness to herself. Leah also encounters a doppelgänger, Lea, a self-possessed lesbian who lives in her old apartment in San Francisco with the same roommates that Leah once had there. Charmed by this cooler version of herself, Leah briefly hooks up with Lea before resuming her journey through her past, reconnecting with old friends and memories.

In the novel’s last act, Leah, unsure of where to go next, finds herself at a motel where she is befriended by the receptionist, Yumiko, who ends up stealing the red car. Relieved to be free of it, and inspired by Yumiko’s spontaneity, she decides not to return to her husband and travels instead to the bat mitzvah of Judy’s niece. The midlife-crisis novel ends with a coming-of-age ritual. Leah can start a new life, thanks largely to Judy’s monetary bequest.

While many midlife-crisis narratives end with a new romance, Leah’s romance throughout the book is with Judy, her Joan Rivers–esque fairy godmother. The novel’s attempts to escape conventions by inhabiting them ironically, or mashing them together, is sometimes clunky. But The Red Car offers a compelling insight into the structure of a life by insisting that characters our younger selves might have dismissed as marginal often belong squarely at the center. 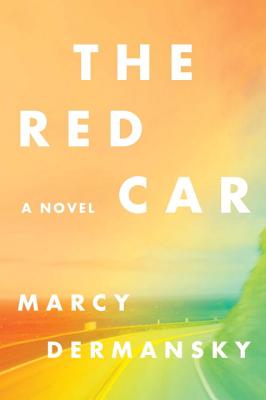