Enrigue’s Backspin
Four-fifths of the way through Álvaro Enrigue’s Muerte súbita (Sudden Death), the narrator admits that he doesn’t know what the book is about. It’s not about the birth of tennis as a popular sport ... 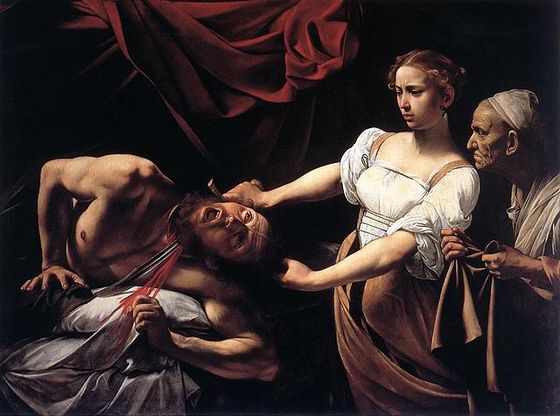 Four-fifths of the way through Álvaro Enrigue’s Muerte súbita (Sudden Death), the narrator admits that he doesn’t know what the book is about. It’s not about the birth of tennis as a popular sport. Nor is it about the European conquest of the Americas, or about the Counter-Reformation. It’s more a book about how one ought to write about these things. Such a book, the narrator proposes, would go back and forth like a tennis match—perhaps like the one he imagines the Italian painter Caravaggio and the Spanish poet Francisco de Quevedo playing in 1599, described set by set over the course of this disorienting, captivating novel.

Muerte súbita does not immerse us in a world, as is usual in historical fiction, but instead alternates between various moments and locations to imagine the world in the process of becoming globalized at the end of the 16th century. Although the events of the novel are interconnected in surprising, sometimes jarring ways, there’s no gee-whiz wonder on the part of the narrator at everything’s being linked to everything else, a perspective thoroughly explored by the Victorian novel and tweely exhausted by movies like Magnolia. What binds the events together is a pervasive, persistent violence: there are beheadings and massacres, and even the most intimate scenes, including sexual encounters between Hernán Cortés and La Malinche, and between Caravaggio and Galileo, are defined by resentment and aggression. The result is a cynical, comical rendering of modernity as a state of indiscriminate carnality.

Enrigue’s novel blends two kinds of historical fiction: fictionalized stories about real history and fantasies of things that didn’t happen. Some of the details are markedly fantastical, but the novel is clearly departing from magical realism; the fantastical parts are fantastical not because they couldn’t have happened, but because they could have, and they hold the uncanny charm of plausibility.

Enrigue’s book is a cynical, comical rendering of modernity as a state of indiscriminate carnality.

Enrigue wrote Muerte súbita during a fellowship at the New York Public Library’s Cullman Center, and it reads like a record of reading, an intricate assemblage of facts, memories, and imaginings. Its conceptual and formal experimentation have earned it high praise in the Hispanophone world, where it has won two major prizes, the 2013 Premio Herralde de Novela and the 2014 Premio Iberoamericano de Novela Elena Poniatowska. In 2015, Riverhead will publish a translation by Natasha Wimmer, best known for translating Bolaño.

The links between plot lines are metaphorical, with different people doing similar things, and metonymic, physically connected by real contiguities, as when an object from one narrative thread appears in another. In Rome’s Piazza Navona, Caravaggio and Quevedo face off, settling a mysterious matter of honor. In England, a Frenchman named Jean Rombaud executes Anne Boleyn and absconds with locks of her hair to be used as stuffing for tennis balls. In Mexico, the Mexica ruler Cuauhtémoc dreams of a dog; Hernán Cortés beheads Cuauhtémoc; La Malinche—traitress to her people and concubine to her captors—weaves Cortés a scapular made from the dead chief’s hair; and the bishop Vasco de Quiroga reads Thomas More’s Utopia as a manual rather than as satire. Also in Rome, Pope Pius IV gives Carlo Borromeo, cardinal archbishop of Milan and Caravaggio’s first private client, a miter selected by Quiroga for its special hue of red, a red that Caravaggio later incorporates into his daring depiction of Judith beheading Holofernes. Quevedo misses his college graduation ceremony in Spain because he has fled the country with his patron and partner in crime, the Duke of Osuna, who the day before his marriage to Cortés’s granddaughter Catalina is presented with the scapular made by La Malinche and worn by Cortés until his death. At the tennis match, Osuna lets Quevedo wear the scapular, which features the Virgin of Guadalupe, for good luck. At the New York Public Library, the narrator discovers a legend on one of the Boleyn balls: “Avec cheveux à la vermine hérétique,” which the narrator translates, “very smugly,” as “With the hair of a heretic bitch.”

These threads and many others messily converge. Like a tennis ball filled with the tresses of a murdered queen—an object cheekily invented by Enrigue, playing on the early ball-making technique—the novel is sport on the surface and grotesque brutality underneath.1 Indeed, the tennis ball serves as an emblem of larger European violence: despite the romantic, fetishistic quality of aristocratic victims such as Boleyn, the mass of hair suggests the impersonality of death—whether during the inflammations of Europe and the Americas at the turn of the 17th century or in the hands of the Nazi wigmakers of the mid-20th.

In Muerte súbita and elsewhere, Enrigue is interested in how violence migrates. In his recent novella Un samurái ve al amanecer en Acapulco (A Samurai Sees the Dawn in Acapulco), Enrigue recovers the remarkable history of samurais brought to Mexico in 1639 to defend the port of Acapulco against Flemish pirates; he is now working on a novel about Geronimo. In Muerte súbita, Enrigue connects several forms of violence: the mass, bureaucratized barbarity of European conquest; the rituals of Mesoamerican human sacrifice, the “severing [of] heads and hurling them down the temple steps” (the phrase is from Enrigue’s recent London Review of Books essay on the Mexican narco war); and somewhere between the two, tennis, a sophisticated game in which “heads” bounce back and forth. Cortés tells one of his captains that when “these savages play ball, they cut off the head of the winner.” The soldier scratches his head and replies, “They’re a demonic race. They need to be taught to cut off the loser’s.” Quevedo later realizes that his tennis game with Caravaggio is also a game of “sacrifice,” even though what he stands to lose is not his life.

In Europe, tennis had long been thought demonic. In the medieval Dialogus Miraculorum, a group of devils plays a match with a pious young clerk’s soul as their ball. One of the most engaging and rewarding aspects of Enrigue’s novel is how it interleaves entries from archaic dictionaries and encyclopedias, excerpts from neglected religious and literary texts, and even a 2013 email from the author’s Spanish publisher, Anagrama. As a work of art about artists, Muerte súbita is inevitably self-reflexive, and Enrigue deftly shows that his activity as a writer resembles Caravaggio’s as a painter. The narrator praises Caravaggio for, like Galileo in physics, “opening his eyes and saying what he saw.” In one episode, two prostitutes show up to watch the tennis match, and the Duke of Osuna notices that one of them has a crooked ring finger. We soon learn that when these women recently posed for Martha and Mary Magdalene, Caravaggio depicted the finger as it was: “he didn’t deform reality to fit the biblical story, but the opposite: he deformed the biblical story in representing reality.” Enrigue similarly deforms the history he’s telling. He connects disparate events through thematic resonances, and these strange, unlikely links generate the novel’s sense of humor, which is relentlessly deadpan, and very effective. Fantasy is used not for immersion or escape, but to expose the fundamental brutality of history and art alike. “Even the most chaste novels,” says the narrator, “are a little pornographic.”

The narrator also quips that describing art, like describing a dream, is worthwhile because it reveals the “blind spots” of history. As it turns out in Muerte súbita, in many of these blind spots, just out of sight, there’s an enormous quantity of sex. The Duke of Osuna is placed under house arrest for the “ubiquity of his genitals.” Quevedo keeps getting an erection during his tennis match. Cortés enjoys La Malinche’s “emanations,” and during intercourse she taunts him with Montezuma’s military superiority. Caravaggio nuzzles Galileo’s “unarmed” penis with the tip of his nose. The narrator relates the myth of Hyacinth, who is killed by Apollo’s discus (or, in a later Tiepolo painting, a tennis ball), and whose corpse a grieving Zephyr lifts up in the “intercrural” position. The narrator sees Judith Beheading Holofernes as illustrating “not the heroic moment in which a Jewish nationalist commits the patriotic act of killing her people’s oppressor, but an assassin who takes erotic pleasure in spilling the blood of the man whose semen is still dripping down the inside of her thighs.”

In Enrigue’s short story collection Hypothermia, published originally in 2005 and in English last year, there’s a similarly cavalier quality to the sex described, as when a literature professor happens upon an orgy of students while he searches for his wife and daughter during a tornado and one of the girls removes a penis from her mouth to give him directions. In Muerte súbita, there’s nothing sentimental or redemptive about sexuality. It’s conflict and competition like tennis or anything else. And the characters engaged in sex, like those engaged in execution or conquest, are not so much psychologically distinctive individuals as bouncing heads. Equal parts horror and humor: that’s how one might go about writing a book like this.