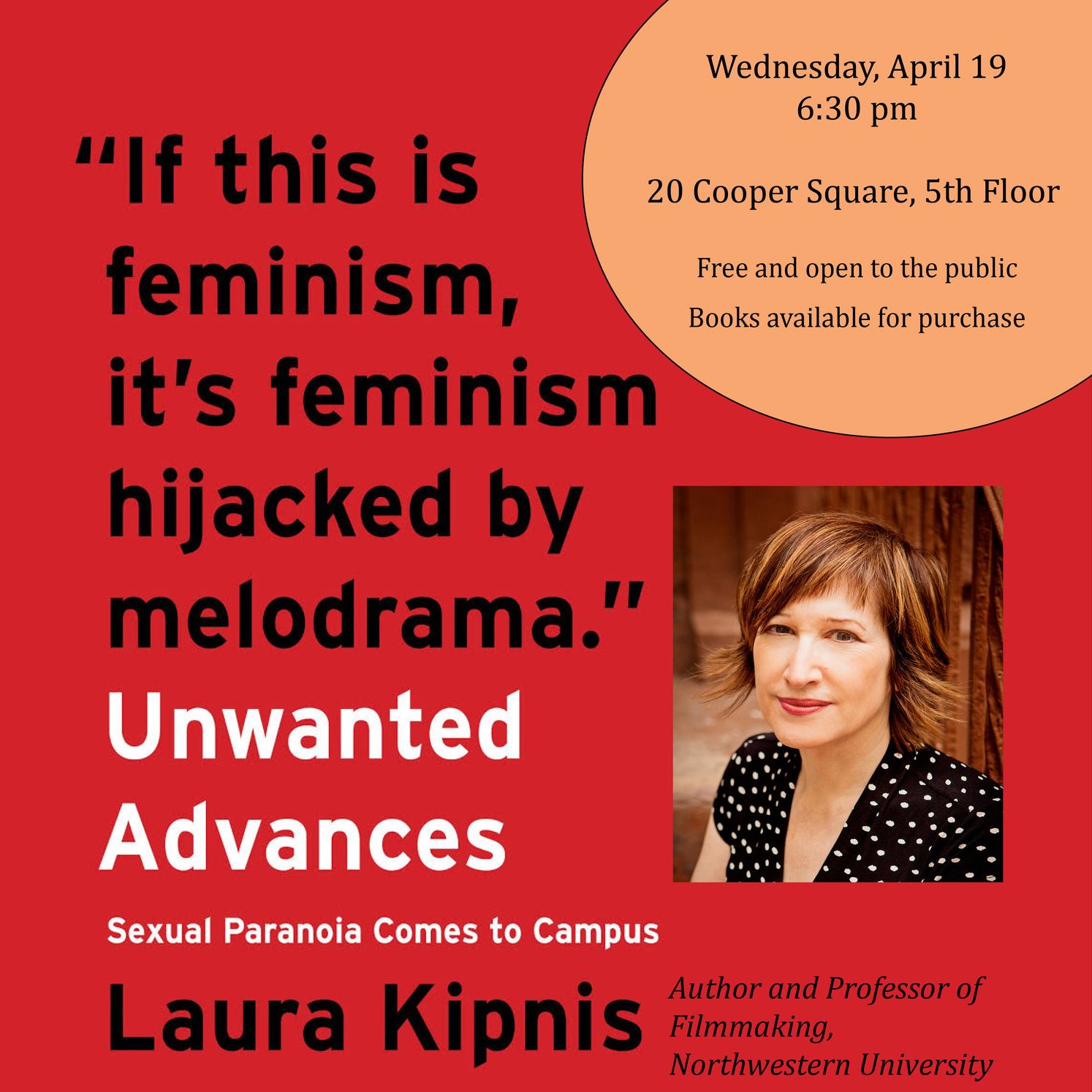 From a highly regarded feminist cultural critic and professor comes a polemic arguing that the stifling sense of sexual danger sweeping American campuses doesn’t empower women, it impedes the fight for gender equality.

A committed feminist, Kipnis was surprised to find herself the object of a protest march by student activists at her university for writing an essay about sexual paranoia on campus. Next she was brought up on Title IX complaints for creating a “hostile environment.” Defying confidentiality strictures, she wrote a whistleblowing essay about the ensuing seventy-two-day investigation, which propelled her to the center of national debates over free speech, “safe spaces,” and the vast federal overreach of Title IX.

In the process she uncovered an astonishing netherworld of accused professors and students, campus witch hunts, rigged investigations, and Title IX officers run amok. Drawing on interviews and internal documents, Unwanted Advances demonstrates the chilling effect of this new sexual McCarthyism on intellectual freedom. Without minimizing the seriousness of campus assault, Kipnis argues for more honesty about the sexual realities and ambivalences hidden behind the notion of “rape culture.” Instead, regulation is replacing education, and women’s hard-won right to be treated as consenting adults is being repealed by well-meaning bureaucrats.