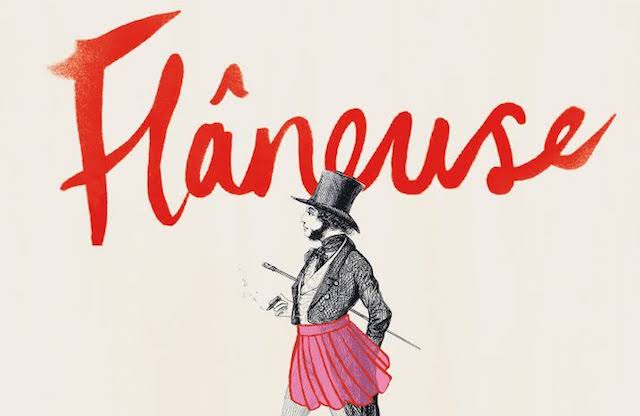 NYU’s Institute for Public Knowledge and Public Books invite you to a book launch event for Lauren Elkin’s new book Flâneuse: Women Walk the City in Paris, New York, Tokyo, Venice, and London, where the author will be in conversation with Garnette Cadogan and Ada Calhoun.

The flâneur is the quintessentially masculine figure of privilege and leisure who strides the capitals of the world with abandon. But it is the flâneuse who captures the imagination of the cultural critic Lauren Elkin. In her wonderfully gender-bending new book, the flâneuse is a “determined, resourceful individual keenly attuned to the creative potential of the city and the liberating possibilities of a good walk.” Virginia Woolf called it “street haunting”; Holly Golightly epitomized it in Breakfast at Tiffany’s; and Patti Smith did it in her own inimitable style in 1970s New York.

Part cultural meander, part memoir, Flâneuse takes us on a distinctly cosmopolitan jaunt that begins in New York, where Elkin grew up, and transports us to Paris via Venice, Tokyo, and London, all cities in which she’s lived. We are shown the paths beaten by such flâneuses as the cross-dressing nineteenth-century novelist George Sand, the Parisian artist Sophie Calle, the wartime correspondent Martha Gellhorn, and the writer Jean Rhys. With tenacity and insight, Elkin creates a mosaic of what urban settings have meant to women, charting through literature, art, history, and film the sometimes exhilarating, sometimes fraught relationship that women have with the metropolis.

Lauren Elkin’s essays have appeared in many publications, including The New York Times Book Review, frieze, and the Times Literary Supplement, and she is a contributing editor at The White Review. A native New Yorker, she moved to Paris in 2004. Currently living on the Right Bank after years on the Left, she can generally be found ambling around Belleville.

Garnette Cadogan is an essayist and journalist who focuses on history, culture, and the arts. He is editor-at-large for Non-Stop Metropolis: A New York City Atlas(edited by Rebecca Solnit and Joshua Jelly-Schapiro) and is co-editor of the Oxford Handbook of the Harlem Renaissance (with Shirley E. Thompson; forthcoming). His current research explores the promise and perils of urban life, the vitality and inequality of cities, and the challenges of pluralism.

Ada Calhoun has written for The New York Times, New York Magazine, and The New York Post. She is the author of St. Marks Is Dead: The Many Lives of America’s Hippest Street (W.W. Norton & Co., Nov 2015), a narrative history the Village Voice named the “Best Nonfiction Book About New York,” and the forthcoming Wedding Toasts I’ll Never Give (W.W. Norton & Co., 2017). Born and raised on St. Marks Place, she lives in Brooklyn.