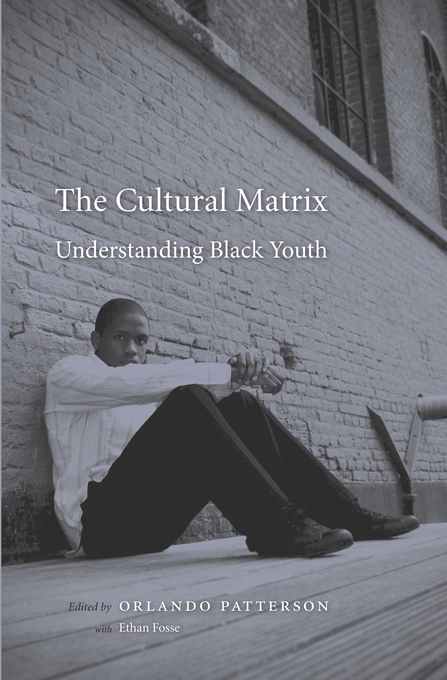 Public Books and The Institute for Public Knowledge invite you to join us for a conversation with Orlando Patterson, Kwame Anthony Appiah, Richard Arum, David E. Kirkland, Patrick Sharkey, and Niobe Way on Patterson’s new book, The Cultural Matrix.

The Cultural Matrix seeks to unravel a uniquely American paradox: the socioeconomic crisis, segregation, and social isolation of disadvantaged black youth, on the one hand, and their extraordinary integration and prominence in popular culture on the other. Despite school dropout rates over 40 percent, a third spending time in prison, chronic unemployment, and endemic violence, black youth are among the most vibrant creators of popular culture in the world.

There is no single black youth culture, but a complex matrix of cultures—adapted mainstream, African American vernacular, street culture, and hip-hop—that support and undermine, enrich and impoverish young lives. This interdisciplinary work draws on all the social sciences, as well as social philosophy and ethnomusicology, in a concerted effort to explain how culture, interacting with structural and environmental forces, influences the performance and control of violence, aesthetic productions, educational and work outcomes, familial, gender, and sexual relations, and the complex moral lives of black youth.

Orlando Patterson is a historical and cultural sociologist, currently the John Cowles Professor of Sociology at Harvard University. He previously held faculty appointments at the University of the West Indies, his alma mater, and the London School of Economics, where he received his PhD. He is the author of numerous academic papers and five major academic books including Slavery and Social Death, Freedom in the Making of Western Culture, and The Ordeal of Integration. A book on the cultural aspects of poverty among disadvantaged African American youth is forthcoming.

Kwame Anthony Appiah is a philosopher, novelist, and cultural theorist with current faculty appointments in NYU’s Department of Philosophy and School of Law. Raised in Ghana and educated in England, he holds a PhD from Cambridge University, and has taught at universities around the world. He is the author of numerous books, including The Ethics of Identity, Thinking It Through: An Introduction to Contemporary Philosophy, The Honor Code, and the prize-winning Cosmopolitanism: Ethics in a World of Strangers. Professor Appiah has been awarded several awards and honorary degrees for his contributions to cultural studies, and in 2012 President Obama awarded him a National Humanities Medal.

Richard Arum is a sociologist of education. He holds a PhD in Sociology from UC Berkeley and is currently a senior fellow at the Bill and Melinda Gates Foundation and a professor of sociology and education at NYU. Arum’s most notable contributions stem from his work on the CLA Longitudinal Study, which has “tracked over 2,000 young adults as they made their way through college and transitioned into the labor force and graduate school.” Based on the first two years of the study, he wrote Academically Adrift: Limited Learning on College Campuses and the follow-up book Aspiring Adults Adrift: Tentative Transitions of College Graduates.

David E. Kirkland, PhD, JD, is an author, activist, cultural critic, and educator. He is the Deputy Director for the Metropolitan Center for Research on Equity and the Transformation of Schools and an associate professor of English and urban education at NYU. His scholarship examines the intersections between language, race, gender, and urban youth culture under the lens of literacy. He has received many awards for his groundbreaking work, including an NAEd/Spencer Foundation Postdoctoral Fellowship Award and a Ford Foundation Postdoctoral Fellowship Award. His book A Search Past Silence: The Literacy of Black Males is a TC Press best seller and winner of the 2014 AESA Critics Choice Award and the 2014 NCTE David H. Russell Award for Distinguished Research in the Teaching of English.

Patrick Sharkey is a professor of Sociology at NYU. He received his PhD from Harvard and his academic work deals with neighborhoods and communities, stratification and mobility, urban sociology, crime and violence, and social policy. His writing and research have appeared in the LA Times, the Washington Post, NPR, the Boston Globe, the Chicago Tribune, and the New York Times, among others. In 2010 he was awarded the Roger Gould Prize and Jane Addams Award for his exceptional articles in urban sociology. He is the author of Stuck in Place: Urban Neighborhoods and the End of Progress Toward Racial Equality.

Niobe Way is Professor of Applied Psychology at NYU. She is also the co-director of the Center for Research on Culture, Development, and Education at NYU and the President for the Society for Research on Adolescence. She received her PhD from Harvard University in Human Development and Psychology. Way is a nationally recognized leader in the field of adolescent development and in the use of mixed methods; she has been studying the social and emotional development of girls and boys for over two decades. Way books include Everyday Courage: The Lives and Stories of Urban Teenagers, and Deep Secrets: Boys’ Friendships and the Crisis of Connection.