REMEMBRANCE DAY SCREENING OF THE FALLEN

REMEMBRANCE DAY SCREENING OF THE FALLEN 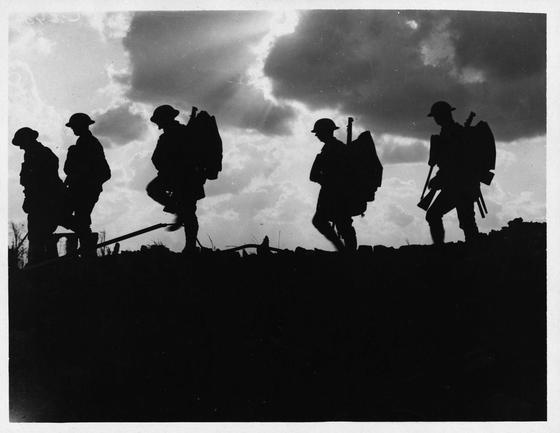 The Colloquium for Unpopular Culture presents:

a special Remembrance Day screening of the US premiere of The Fallen
(2008, dir. Morgan Matthews)
with an introduction by Geoff Dyer, author of The Missing of the Somme

Sponsored by Public Books and the NYU Department of Cinema Studies

Masses of men and materials, moving randomly through a dead ruined world towards no identifiable objective; it is aimless violence and passive suffering, without either a beginning or an end—not a crusade, but a terrible destiny.

When I was a boy my grandfather took me to the Museum of Natural History. We saw animals, reptiles and sharks but, today, what I remember most clearly are the long uneven lines of butterflies framed in glass cases. On small cards the names of every specimen on display had been scrupulously recorded. Row after row, bright and neat as medal ribbons.

— Geoff Dyer, The Missing of the Somme

Winner of the Royal Television Society’s 2008 Award for Best Documentary, and one of the most widely acclaimed films to have been made about the War On Terror, The Fallen is an extraordinarily powerful threnody featuring the friends and families of servicemen and servicewomen killed while serving with the British Armed Forces in Afghanistan and Iraq. A landmark work of remembrance and reckoning, of fathomless sorrow and pity, it has been described as “an amazing achievement and a beautiful film” (the Guardian) and “as comprehensive and moving an analysis of grief as has been assembled in recent times” (Time Out).

The Fallen will be presented by Geoff Dyer. Winner of the National Book Critics Circle Award for Criticism and a columnist for the New York Times, Dyer is the internationally celebrated author of four novels, two essay collections, and six nonfiction titles including The Missing of the Somme (1994), which was described by the Observer as “Journey to a War meets Roland Barthes’ Camera Lucida.” His next book, Another Great Day At Sea: Life Aboard The USS George H. W. Bush, will be published in May 2014.