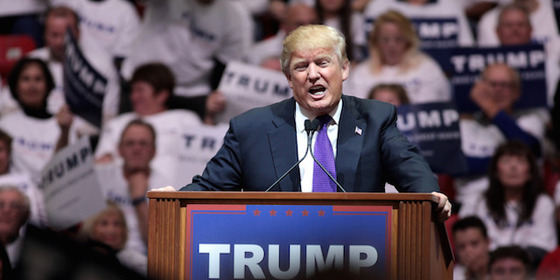 NYU’s Institute for Public Knowledge and Public Books invite you to join us for a discussion of the remarkable rise of Donald Trump, featuring Linda Gordon, Jeff Manza, Imani Perry, and Dorian Warren.

These are some of the most popular words Americans use to describe Donald Trump, the frontrunner for the GOP presidential nomination and the biggest story in US politics this year. In this panel, the Institute for Public Knowledge invites leading scholars from different fields to reflect on the Trump candidacy and the various responses it has generated. Join us to discuss what the Trump phenomenon says about the state and fate of our body politic.

Linda Gordon is University Professor of Humanities and History at NYU. She teaches and writes about social movements. Gordon is the author of eight books, including Heroes of their Own Lives (1988), The Moral Property of Women (2002), and, most recently, Feminism Unfinished (with Dorothy Sue Cobble and Astrid Henry, 2014).

Jeff Manza is Professor of Sociology at NYU. He has written widely on American politics and elections, including the books Locked Out: Felon Disenfranchisement and American Democracy (2006), Whose Rights? Counterterrorism and the Dark Side of American Public Opinion (2013), and the forthcoming Broken Public? Rising Inequality and American Democracy.

Imani Perry is Professor at the Center for African American Studies at Princeton University. An interdisciplinary scholar of race and African American culture, she explores these subjects through the perspectives of law, literary and cultural studies, music, and the social sciences. She is the author of Prophets of the Hood (2004) and More Beautiful and More Terrible (2011), as well as numerous articles and book chapters.

Dorian T. Warren is a Fellow at the Roosevelt Institute, Board Chair of the Center for Community Change, and Co-Chair of the AFL-CIO’s Commission on Racial and Economic Justice Advisory Council, as well as host and executive producer of “Nerding Out” on shift.msnbc.com. A scholar of inequality and American politics, he taught for over a decade at the University of Chicago and Columbia University and has worked with numerous civil rights and labor organizations. As a commentator on public affairs, Warren has appeared on NBC, ABC, CNN, BET, NPR, and many other outlets, and written for The Nation, Huffington Post, Salon, The New York Times, and other publications.