“The Wire”: The Conference

“The Wire”: The Conference 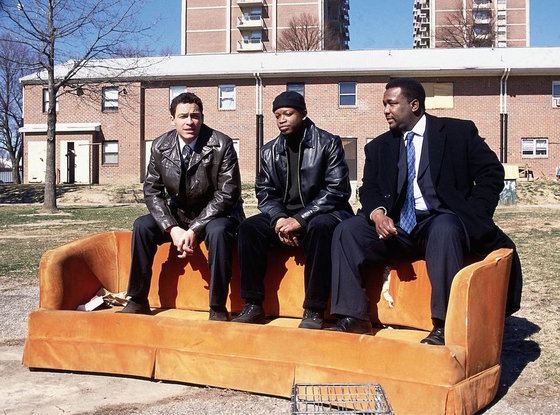 Although critically acclaimed from the start, the HBO series The Wire was far less widely viewed during its original presentation (2002–2008) than it has been in the succeeding years. It is one of the very few television series that has become both more popular and more revered over time—consistently ranking on top-10 lists as one of the best series in television history—despite never having been heavily publicized or available for viewing free of charge. It has also become a frequent text in sociology, African American studies, anthropology, education, religion, law, urban studies, criminal justice, and media studies courses at universities in the United States and abroad.

This two-day conference considers the afterlife and legacies of The Wire. For those involved with its creation, the experience of The Wire was unusually transformative.  The same might be said for those who study and learn from it. What accounts for the unique status of The Wire as an object of multidisciplinary inquiry? Why does it appeal so strongly to those in the academy, and increasingly so as the years go by? In what ways has its unusual degree of creative collaboration led to other forms of collaborative work for creators and consumers (community activism, public humanities, team-teaching across disciplines)? What effect does its subtly traversing the borderline between fact and fiction have on interpretation?

Friday panels address teaching The Wire and the issues it raises in different pedagogical contexts; scholarship on The Wire, focusing on questions of seriality; the ethics and challenges of “immersion journalism”; and Baltimore as a “public square” site of stories about community, race, and responsibility. Friday will conclude with a panel featuring Blake Leyh, the music producer of The Wire, and some of the musicians on the soundtrack.

Saturday morning sessions focus on the school-to-prison pipeline and the intersection of race, religion, and politics in the inner city.

Saturday afternoon proceedings require a ticket (which can be purchased here) and will feature a roundtable on “Actors and Activism” featuring Wire actors Jamie Hector, Felicia Pearson, Wendell Pierce, and Sonja Sohn, followed by an early evening performance by the Moving Mountains Theater Company, a nonprofit founded by Jamie Hector that empowers at-risk youth through performing arts. All proceeds from ticket sales will benefit Moving Mountains Theater Company.

This event is cosponsored by Public Books and Columbia University’s Heyman Center for the Humanities, School of the Arts, Center for Justice, School of Journalism, and Institute for Research in African-American Studies.