Exile by the Bay
Imagining home is an inescapable preoccupation of disinherited people. Of all the possessions lost or denied, none is more precious than the security and feeling of belonging that a genuine home ... 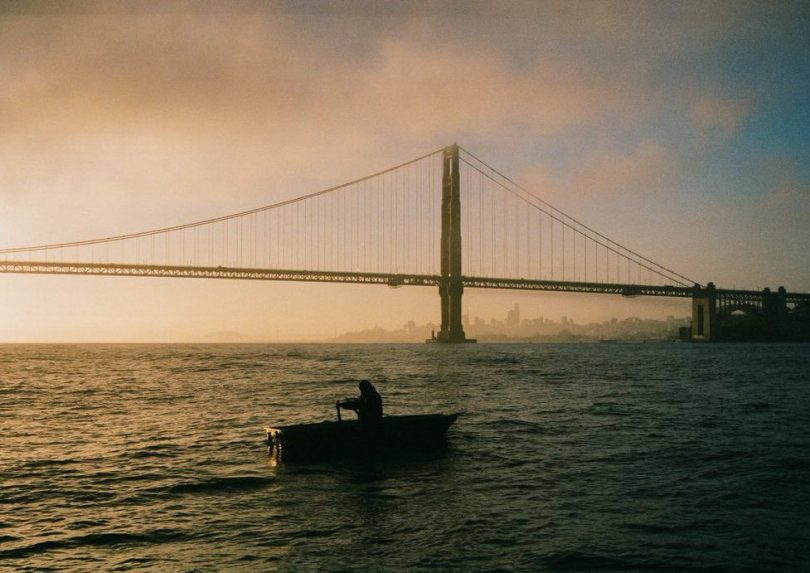 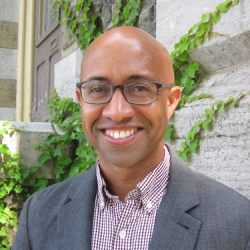 Imagining home is an inescapable preoccupation of disinherited people. Of all the possessions lost or denied, none is more precious than the security and feeling of belonging that a genuine home provides. It is appropriate, then, that The Last Black Man in San Francisco, a film about gentrification, centers not on physical dislocation but on longing. The object of desire in this case is an elegant Victorian manor in the city’s Fillmore district, a neighborhood in which African Americans once predominated (it was known as “the Harlem of the West” in the years after World War II) before they were supplanted by tech industry elites and other affluent settlers.

Jimmie, the story’s African American protagonist, makes a daily skateboard pilgrimage: from the predominantly black Bayview–Hunters Point neighborhood to the manor in the Fillmore. The house had been owned by Jimmie’s family until they, like so many others, were displaced. Lore has it that Jimmie’s grandfather, a World War II migrant, built the place with his own hands. Now, driven by obsession and a profound sense of patrimony, Jimmie returns compulsively to the house to beautify its ornate facade—painting its window trimmings, for example, while its white owners attempt to fend him off by hurling croissants at him.

For Jimmie, restoring the intricate details of the dwelling is an act of reclamation. Whatever name may appear on the deed, it is he who truly understands the place; he recognizes its sociocultural significance, its lived history. He knows its soul. The house is a monument not just to the diligence of his pioneering grandfather, but to the upward striving of a whole population of black folk who, in the face of great adversity, once found the temerity to journey to the Pacific Coast and begin their lives anew.

The property slipped from the grasp of his family in the 1990s. (His father’s addiction, we learn, was a key factor in this misfortune.) Yet, in Jimmie’s eyes the family title remains spiritually intact. When, following unforeseen circumstances, the current residents are forced to vacate the premises, Jimmie and his best friend—a playwright, earnest and idiosyncratic—break in and temporarily occupy the house. Their arrival feels like a righteous homecoming rather than an act of squatting.

After all, is not Jimmie—are not all the Jimmies—entitled to some bequest? Before gentrification ousted most of them (since 1970, San Francisco’s black inhabitants have dropped from 13 percent of the city’s population to roughly 6 percent), African Americans played a major role in San Francisco’s modern development, a history to which the film alludes. Many arrived as wartime migrants seeking a new frontier, as well as relief from the racial terror and menial employment of the South. What they discovered in the City by the Bay was no promised land. But they did find decent work in shipyards and defense plants, and though they encountered discrimination in jobs, housing, and trade unions—San Francisco’s liberal mystique notwithstanding—they managed to establish bustling communities. 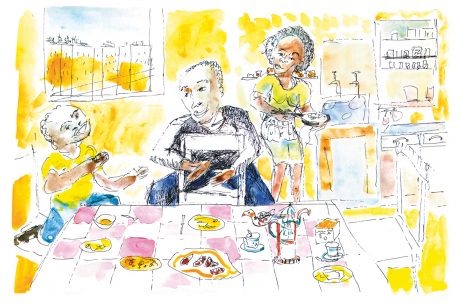 Black San Franciscans immeasurably enriched the city’s economic life and its vibrant, eccentric culture of struggle and pleasure. (“Our sweat soaked in the wood,” one character says, in voice-over.) How could all that heritage, all that toil, simply be swept away by the prerogatives of wealth and white urban resettlement?

Gentrification, as The Last Black Man in San Francisco demonstrates, is not merely demographic flux. Whether coded as renewal or growth, it means rupture. Violence. The abrogation of dreams. In the film, however, such displacement represents just one hazard in a continuum of social marginality. The African American characters that surround Jimmie lead precarious lives on the fringes of the city. His father sells bootleg products. Some of his acquaintances sleep in cars beside a polluted San Francisco Bay. In one of the picture’s most poignant scenes, Jimmie encounters his estranged mother while riding a municipal bus and learns that she has been residing in Southern California. A loving but awkward exchange ensues. The economies of scarcity and instability that underlie their separation hardly need to be spoken.

This is the historical reality against which the film unfolds. Once a dynamic proletariat, black San Francisco has been reduced to a labor surplus, a vanishing populace consigned to internal exile. Jimmie personifies the psychological trauma of such attrition.

But The Last Black Man in San Francisco also portrays the dignity of a people determined to preserve some sense of self. In the lyrical admonitions of a soapbox preacher or the tandem method of skateboarding (a beautiful symbol of camaraderie) employed by Jimmie and his playwright friend, one glimpses evidence of the grace and ingenuity that has long sustained black San Franciscans. When Jimmie illicitly occupies his grandfather’s Fillmore house and begins painstakingly restoring its lavish interior, using antique furniture that a relative has retained, he is not just seeking his own redemption. He is combating the erasure of his community.

Whether coded as “renewal” or “growth,” gentrification means rupture. Violence. The abrogation of dreams.

The house, the film’s central motif, is replete with meaning. It signifies a private effort to recover individual and family status; yet it also entails a bid for collective regeneration. It is the means by which Jimmie attempts to seize his fate; yet it also symbolizes his obsession and the vanity of his mission.

It is the site of tragedy, as well. (Spoilers follow.) Not only are Jimmie and his grandfather’s effects summarily ejected when the property goes back on the market, but he learns that the tale of his forbear crafting the place by hand is merely an origin myth—a family legend designed to embellish a rather pedestrian experience of loss and displacement. As it turns out, Jimmie has always known, deep in his psyche, that the story was fictitious.

Some viewers may find the revelation troubling, because it threatens to muddy the assertion at the heart of the film: that African Americans (and, presumably, other non-elites) have a claim to the city that they themselves helped fashion. Though that premise is hardly invalidated by one fable of ancestral prowess, the fact that Jimmie’s lineage is less exceptional than he had come to believe appears to diminish the moral basis of his quest for repossession. On the other hand, perhaps the concocted story of the house is the perfect narrative device. For, in the eyes of the exile, all visions of home are idealized, constructed. Home is aspirational. Utopian. It is a receding horizon pursued by the dispossessed.

As the film’s plot unfurls, we learn the truth: Jimmie’s grandfather acquired the Fillmore property after it was evacuated by Japanese American victims of US internment camps during World War II. This bit of opportunism raises a disturbing question, one with many historical echoes: What does it mean when one despised group benefits from the collective dislodging of another? Still, the right to the city that The Last Black Man in San Francisco evokes remains no less urgent or real. Black San Franciscans deserve to stay put not only because they were among the original builders of the city, where they confronted overcrowded neighborhoods and inflated rents and vicious cops. They deserve to remain because a sense of social permanence and continuity should be a human right enjoyed by all. 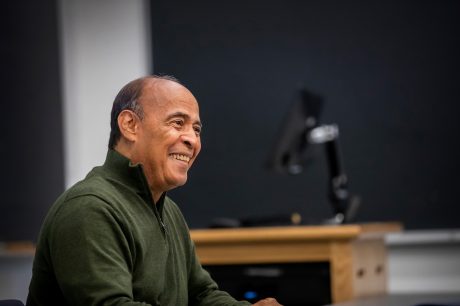 It is that principle that makes the film’s closing shot so unsettling. The scene finds Jimmie perched in a rowboat, framed by an impossibly gorgeous Golden Gate Bridge and a portion of the cityscape, as he ventures alone into the frothing expanse of the Pacific Ocean. There is some ambiguity here. Has the character surrendered? Does his flight to the sea mean capitulation to the forces of rupture and alienation? Is he committing suicide? Or is he simply embarking on a new course—another effort to repatriate, to return to native ground?

The Last Black Man in San Francisco is not an elegy so much as it is an ode to a people who have long fought dispersal, who never accepted their condition as refugees in the land of their birth, and who are striving still to reconstitute their communities and to reconstruct themselves as sovereign beings. 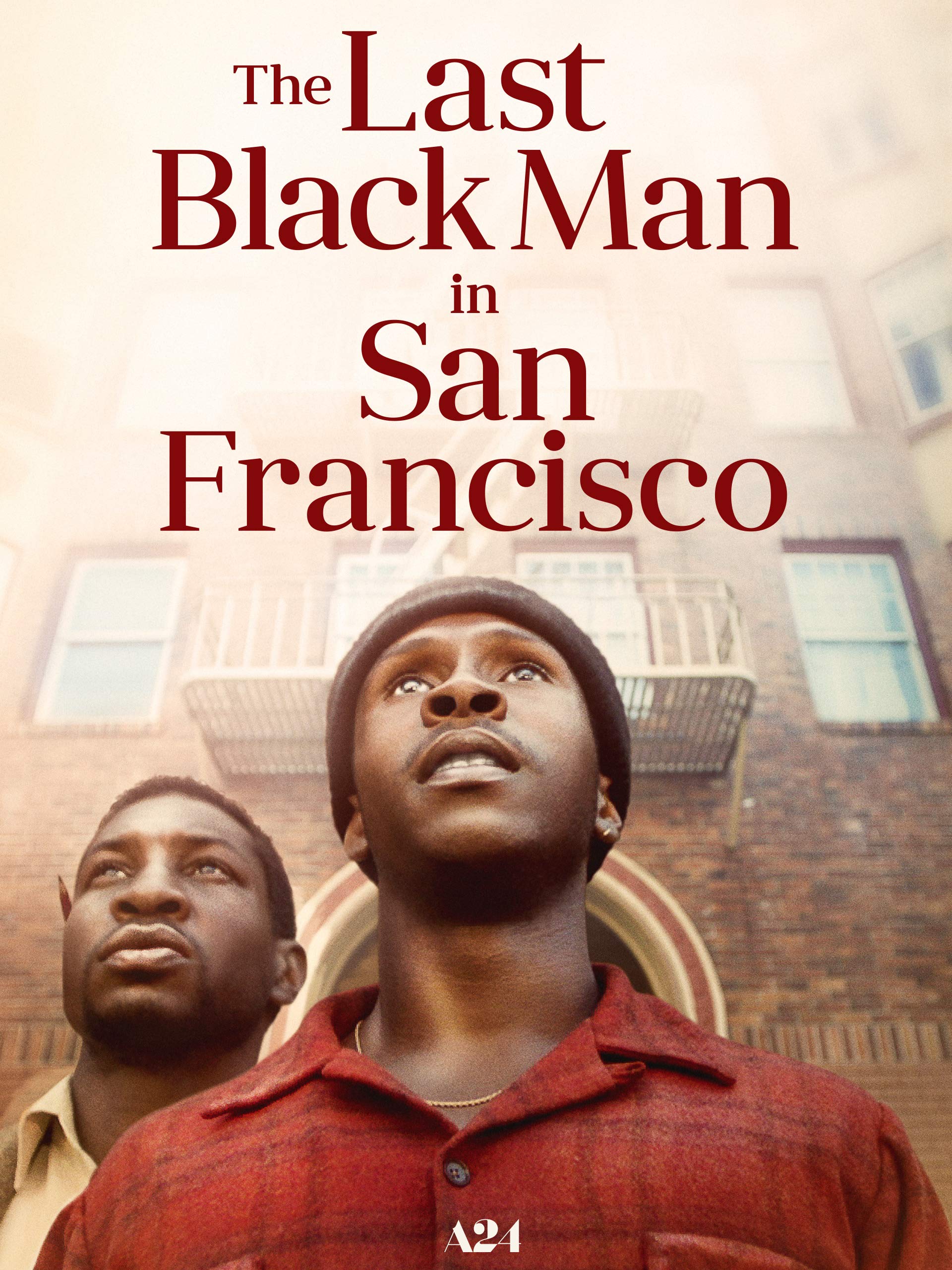