Fill the Halls: Space and Possibility in Lahore, Pakistan
Lahore today can feel like a city of security checks and gated passages, tall walls and ... 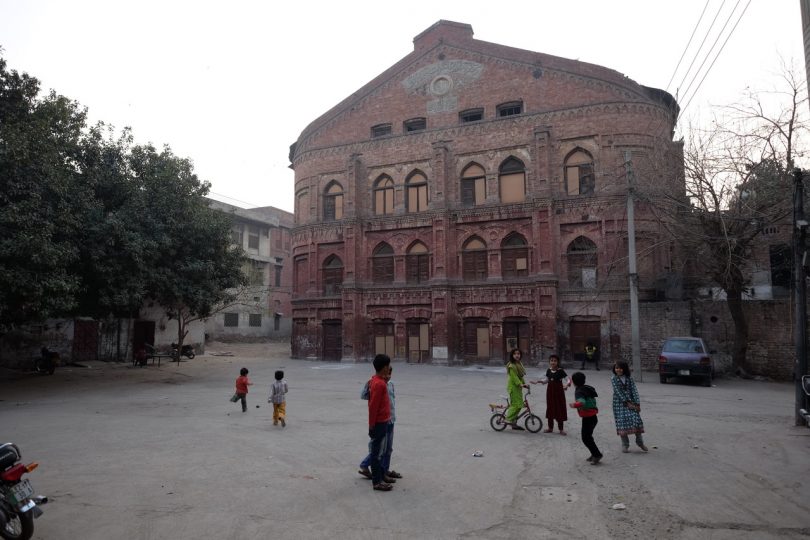 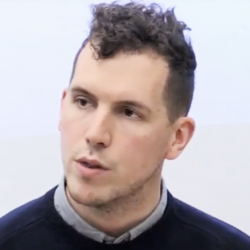 Lahore today can feel like a city of security checks and gated passages, tall walls and barbed wire, closed-circuit cameras and concrete barriers. Beeping metal detectors provide the soundtrack upon entering office buildings, shopping centers, and public institutions; sidewalks are cluttered with private guards sitting casually, rifles balanced at their sides or laid across their laps. This fractured and paranoid urban landscape is not simply a response to risk—violent attacks in the city are rare—but an assertion of control: regulating access, demonstrating ownership, and segregating by privilege and permission.

Such measures are, of course, imperfect and incomplete. Lahoris find ways to subvert urban interdictions. Motorcycles hop sidewalks to bypass roadblocks; the space opened by a construction site creates a temporary shortcut for pedestrians moving from one neighborhood to the next; a bin filled with waste hides a section of the fence where the posts have been removed, thereby allowing a convenient entry point to a marketplace.

But as the city’s population increases and land values continue to rise, the desire to control space and curtail irregular movements also grows. This is demonstrated in the Pakistani government’s recent “anti-encroachment” drive to demolish unauthorized constructions on state land, as well as the continued popularity of private housing enclaves like Lake City and Bahria Town. Even centuries-old neighborhoods like those within the Walled City, Lahore’s historic center—areas that might testify to alternative ways of moving through and inhabiting the built environment—are being sanitized and securitized as heritage architecture is mobilized to develop tourist economies.

Not far from the Walled City, behind the famous Data Darbar shrine, rusted bolts and wooden boards block access to the doors and windows of a vast, red-brick structure. This airy hall, which once served as an important public meeting place in Lahore, has been closed since the 1990s, ostensibly to prevent squatters and drug users from entering the space abandoned by a local technical institute. And yet, as with the transgressions described above, a small hole in the north wall continues to allow access for the adventurous. Late-night sounds heard from within feed rumors among children in the surrounding mohalla (neighbourhood) that this space is haunted.

During one visit to the hall in February—with some colleagues and students from Lahore’s National College of Arts (NCA), a short walk away on the Mall Road—the official from the Evacuee Trust Property Board, which controls access to the building, told us that “this was a place where Hindus conspired against Muslims.” Such dramatic misconceptions of the hall’s history, facilitated by the nationalist partitioning of memory that accompanied the 1947 division of the subcontinent, help to explain why the hall has been left derelict for so long.

In the early part of the 20th century, this was a vital center for anticolonial assembly in the city, filled regularly for meetings, debates, lectures, and cultural events, many of which openly sought to imagine alternative futures. Though funded by the Indian National Congress, the hall’s activities were not restricted to this group; the space hosted organizations as diverse as the Theosophical Educational Trust, the Punjab Muslim League, and the All-India Trade Union Congress. In the 1920s, it housed a dissident “National College” with a curriculum designed to train political workers in organizational methods and social scientific analysis. This short-lived institution directed a whole generation of young people—including the iconic revolutionary Bhagat Singh—toward a path of struggle. Rather than a sectarian space, the hall invited Lahoris to participate in subversive expressions and candid debate at the very heart of British Punjab’s colonial capital.

Curiously for an anticolonial institution, the hall was named after an Englishman: the Liberal and secular activist Charles Bradlaugh, who served in the 1880s as member of Parliament for Northampton. Bradlaugh was a passionate republican and advocated for Indian home rule. In 1900, the patrician leaders of the Congress decided to name their new provincial headquarters after the recently deceased politician. Bradlaugh was a radical in some ways, but not others (he was, for instance, a committed anti-Socialist), and yet his reputation for “freethinking” provided an attractive rationale for the hall. The building functioned to repudiate the racialized exclusivity that characterized colonial institutions like the nearby Lawrence Hall. 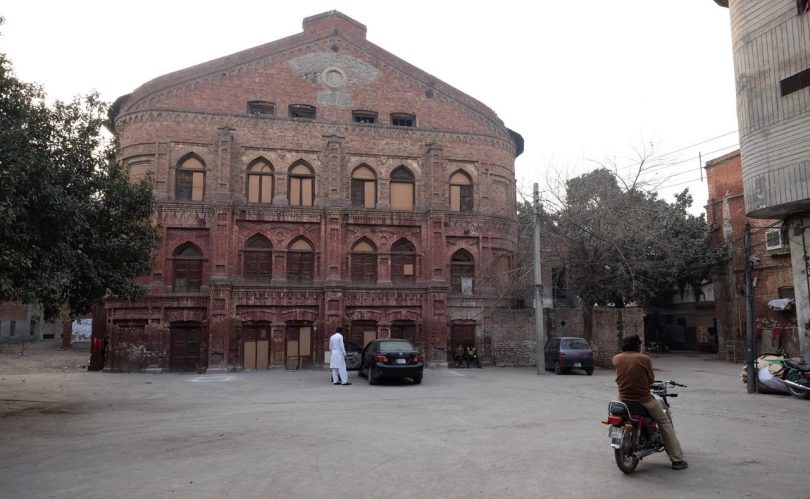 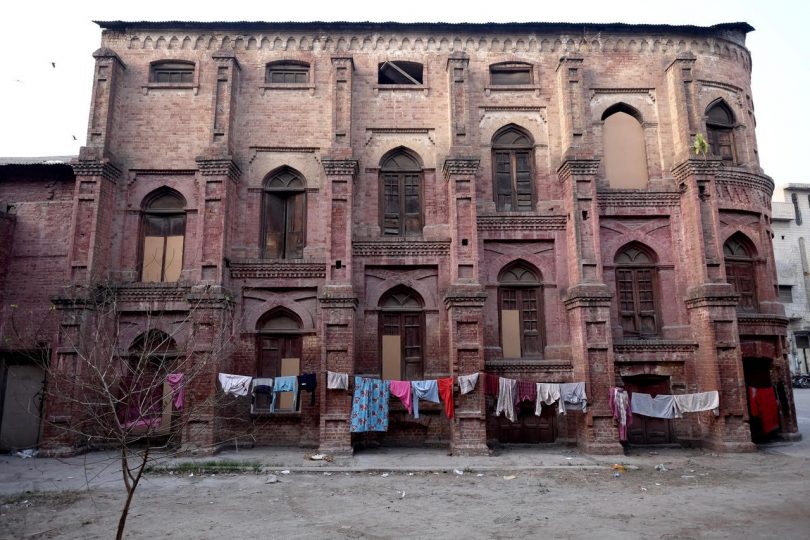 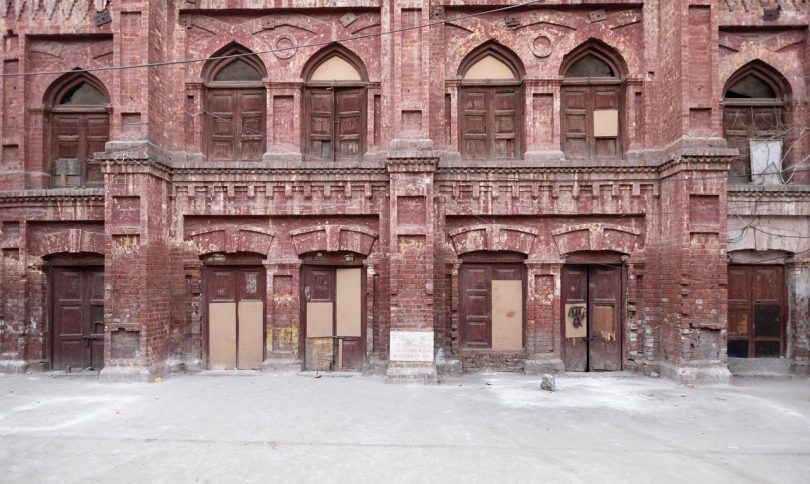 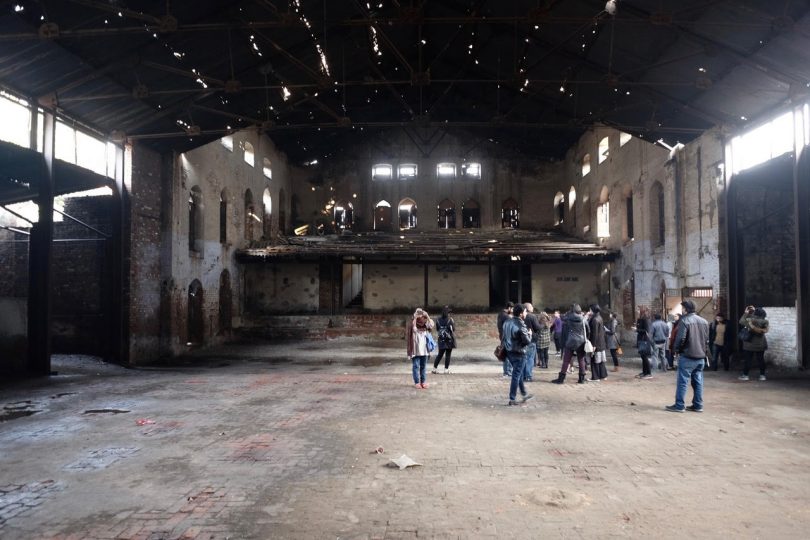 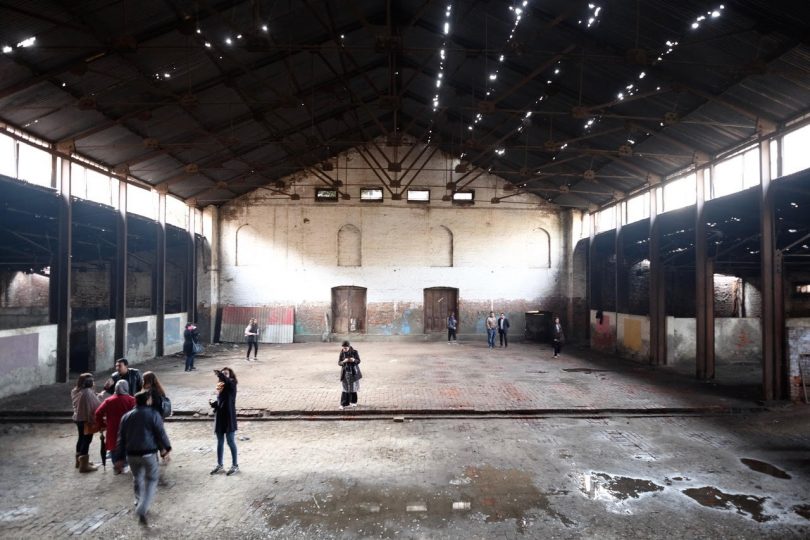 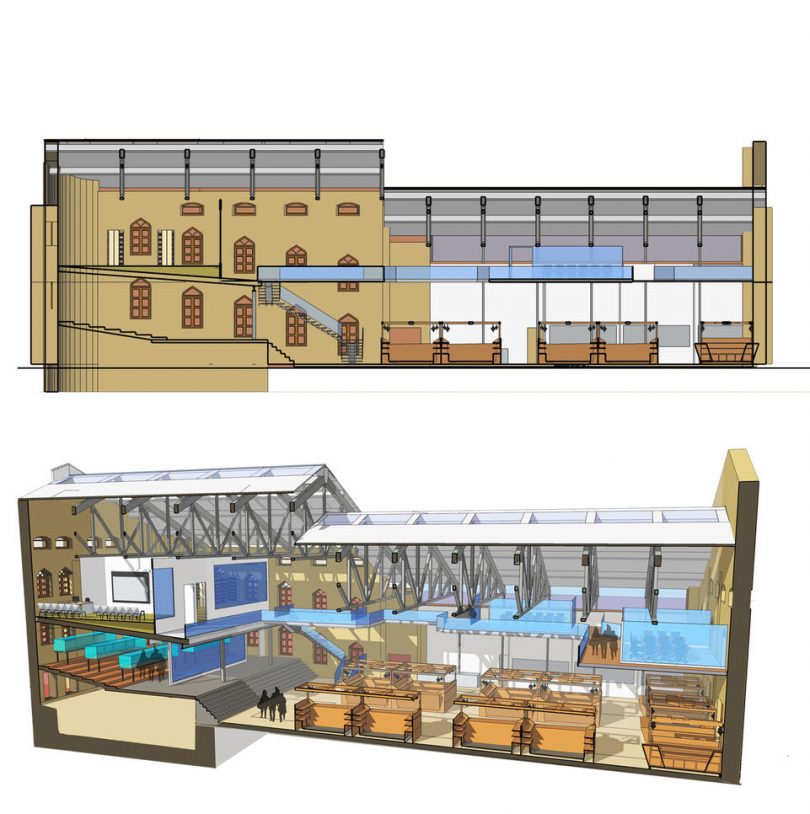 After 1947 and the establishment of Pakistan, Bradlaugh Hall was declared “evacuee property,” with its Congress owners relocating to East Punjab. Its vast space was thereafter used variously to house refugees, store food supplies, and later provided classrooms for a technical institute, the faded sign for which still hangs outside. Over the decades, the surrounding neighborhood has grown dense. The towering hall is now easily missed from Baba Farid Road, obscured by a cluster of apartment buildings and accessible only via a narrow alleyway.

In the context of Lahore’s increasingly segmented urban environment, Bradlaugh Hall has become an object of lament for Pakistan’s liberal English-language press, its ruination invoked as a symbol for disappearing spaces of free assembly and associated cultures of debate. The volume of such elegies has not, however, been matched by compelling ideas for its revival. Abstract calls to turn the hall into a museum have been voiced with little thought for what this would actually look like, whom it would serve, or, indeed, who might fund such a transformation.

My visit to Bradlaugh Hall with the NCA group was part of a research project designed to fill this creative vacuum, with MPhil students in architecture and cultural studies tasked with developing proposals for the building’s reanimation. These students were instructed to work against the nostalgia for spaces “lost,” as well as the dominant heritage discourse that sees as its end goal restoration to some former, “authentic” state.

Though the hall is boarded up, it is not disused. In its northeast corner, a former classroom has been occupied by a family and bricked off from the rest of the hall, appropriated as a room for a home constructed along the exterior wall. For those in the surrounding mohalla, the building provides the backdrop for local cricket games (a regular occurrence) and shade for older residents sitting and socializing outside.

The hall’s spacious interior, which was opened to us by the Evacuee Trust official, provides shelter for a considerable population of pigeons, who roost along the vaulted roof and carpet the floor with their droppings. In its side wings, discarded blankets and cigarette butts suggest the continued use of the space by rough sleepers, or at least those seeking a temporary escape from the constraints of home, work, or family. How might this building be protected and reopened for public use in a way that remains sensitive to the needs of those living in and around it?

What would it mean to revive Bradlaugh Hall as a space that openly encouraged disagreement, transgression, and experimentation?

The task for the students was thus not to build some static monument to the hall’s weighty history, but to animate the historic spirit of the building in its current context. Their designs gravitated toward concepts like “freedom,” “freethinking,” “self-sufficiency,” “autonomy,” and “exchange.” This critical perspective required work, and much energy was spent overcoming the heritage practitioner’s instinctive (and highly classed) desire to clear out the encroachments, sweep away the debris, and polish and signpost the hall as yet another historic site on Lahore’s tourist map.

The projects proposed after two months of development were highly varied: from turning the vast space into a public garden and community kitchen, to opening out the walls so local children playing outside might also play inside, in a shifting and adaptive games hall, to restoring the auditorium for performances and establishing a theater school, to providing workshop space to local craft industries, and much more.

These designs were exciting, but perhaps too affected by their desire to serve an existing constituency and avoid unwanted disruption. They left inactivated that legacy of critique and dissent found in the building’s anticolonial career. This is a problem not just of the project but, arguably, of our broader political moment: a timidity that hobbles the pursuit of radical alternatives, drawing us, instead, toward projects of balance, consensus, and sustainability.

What would it mean to revive Bradlaugh Hall as a space that openly encouraged disagreement, transgression, and experimentation? This would hardly be straightforward, nor without risk amid the tumultuous political terrain of present-day Pakistan. But such is the challenge of radical heritage practice: to direct the disruptive potential of the past toward a creative reworking of the present and its horizons of possibility. What sort of futures might Bradlaugh Hall still enable?

One does not have to look far for fragments of inspiration. The citizen-driven Pakistan Chowk initiative in Karachi, for example, has set a standard for critical heritage practice in the country, retrieving from ruin a usable (and resolutely public) space at the heart of this city’s Old Town. This collaborative effort among local residents, architects, and artists also established a two-room community center in the historic Sultani Mahal building. Overlooking the Chowk, it offers space for cultural activities, group meetings, oral history sessions, weekly legal counseling, and quiet reading and study.

If the Pakistan Chowk initiative sought to revive an area previously known for literary assemblies and exchange, similar work at the Bradlaugh Hall might center political education as the ethos informing a malleable multiuse space. As a public pavilion, its agenda could surpass that of simply soliciting the temporary “engagement” of a visiting audience, the aim of any museum; rather, its design and program should facilitate the committed “production” of new worlds and imaginaries that ultimately transcend the hall. In such heritage work, “restoration” falls far down a list of priorities; the primary objective is to ensure the hall’s many doors remain open. 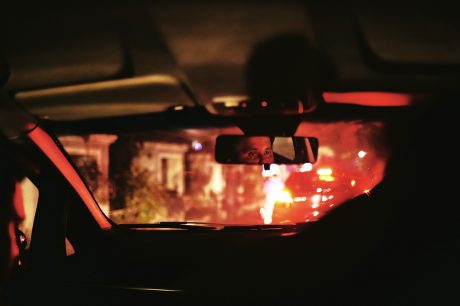 In Lahore, amid all its gates and checkpoints, free and accessible spaces can still facilitate unorthodox gestures and uncommon movements. This is glimpsed occasionally in urban parks, where young people find corners to undermine norms around social interaction across classes and genders. But such opportunities are contingent and not cultivated; they remain subject to policing. Property prices continue to grow, the housing crisis escalates, and processes of privatization go largely uncontested. Even those common spaces used for recreational cricket have come under threat, with swathes of land that had once been openly public recently appropriated for profit and the creation of members-only clubs.

To question these logics requires us not simply to point to some distant history and lament its disappearance, but to animate spaces and demand access, to break the bolts and fill the halls, organizing around a latent potential and learning, together, how to inhabit the city otherwise.