Flat, but Not Shallow
Imagine an Unbearable Lightness of Being written by a woman who trusts that her readers are smart enough not to need Kundera’s philosophical preaching, and you’ve got a taste of Karen Leh’s grievously ... 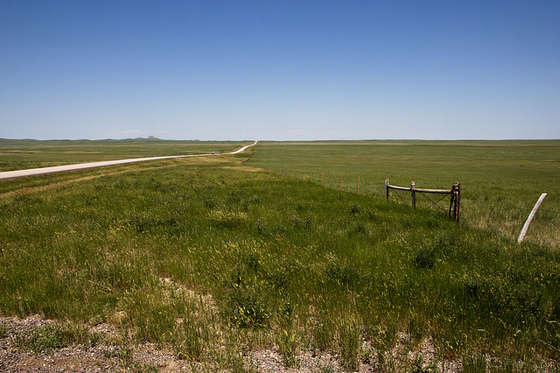 Imagine an Unbearable Lightness of Being written by a woman who trusts that her readers are smart enough not to need Kundera’s philosophical preaching, and you’ve got a taste of Karen Leh’s grievously underrated first novel. It’s July in the prairie town of Sparrow, Colorado, and 10-year-old Johnna’s mother is sleeping through a weeks-long depressive episode. Before her alcoholic father, a historian of the High Plains, left home months before, he promised to take his four children on a beach trip two hours northeast to Lake McConaughy, perhaps a remnant of the Western Interior Seaway that covered much of the Plains states a hundred million years ago. Hot and restless in the absence of parental supervision, Johnna makes a spur-of-the-moment decision to take her baby brother to the lake by bus, and leaves home without telling a soul. “Go, a fringed, silver voice insisted. Go.” When Johnna’s older brothers figure out what’s become of her, they steal their mother’s car to track her down.

At its core, Dream of an Inland Sea offers a frame-by-frame, snack-by-snack narrative of a road trip taken by the four siblings, aged one to sixteen, on a couple of summer days in the High Plains. The writing is canny and graceful, and Native American and pre-human stories layered into the text, courtesy of Johnna’s father, deepen the reading experience. Still, at first glance, this isn’t a wildly eventful story. The historical elements seem incidental to the almost unbearably light travelers’ tale, as does Johnna’s autism, which is communicated primarily through the reactions of others: when her grandmother was alive, she pushed to have Johnna seen by a psychiatrist; other children recoil at her encyclopedic recall of historical detail.

It isn’t until the end that you realize you’ve just witnessed a threefold masterpiece of what E. M. Forster would call aesthetic compactness, “something which might have been shown by the novelist straight away, only if he had shown it straight away, it would never have become beautiful.” First, you realize exactly why this story is being told, and the lifelong impact it has on its tellers. Second, you discover exactly how the narrator’s autism had, until now, prevented you from understanding the import of the story. And third, you learn exactly what kind of thematic work the geological elements of the book, and especially its title, are doing here. Our parents form the ground of our being, even when they’re gone. America’s inland sea has all but vanished, and yet it stretches across the prairie for hundreds of miles, “The seabed dry beneath our feet.”

I have never met Karen Leh; I read this novel because I liked her posts on Facebook. And I’m so glad I did, for its compelling characters, its quietly heartbreaking story, and its stylistic mastery. Leh teaches us how to write a novel that pulls all of its disparate elements into a tight little knot at the end, perfect but not pat.

Dream of an Inland Sea