Flight Patterns
Colum McCann’s novel TransAtlantic revolves around two missives that reach unanticipated recipients. The first is an undelivered letter written by an American daughter, Emily Ehrlich, on behalf of ... 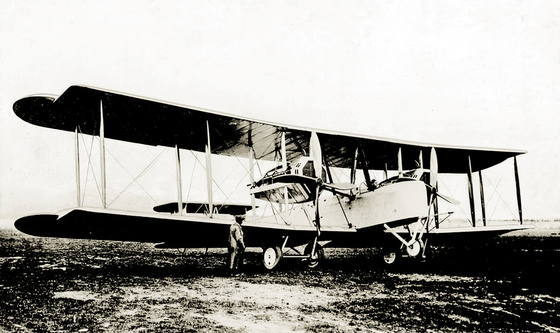 Colum McCann’s novel TransAtlantic revolves around two missives that reach unanticipated recipients. The first is an undelivered letter written by an American daughter, Emily Ehrlich, on behalf of her Irish mother, Lily Duggan, to the woman who helped Lily leave her life as a maid in 19th-century Dublin. The second is The Narrative of the Life of Frederick Douglass, whose author’s lecture tour in Ireland has inspired Lily’s flight. Holding Emily’s unopened letter years later, her granddaughter Hannah, upon whom the responsibility for gathering together the folds of this family history has fallen, reflects that “so many of our lives are thrown into long migratory orbits.”

The same is true of the narratives that unspool around these letters, whose flight patterns sweep along the borders of Dublin, Belfast, St. Louis, Newfoundland, England, and the African continent. In the first half of the novel, these routes converge along the seams of conflict and accord witnessed by the great men of history: Douglass in Ireland during the Great Famine; Jack Alcock and Teddy Brown, war heroes whose 1919 transatlantic flight “knocked the war from a plane”; the American senator George Mitchell, who travels to Northern Ireland to help broker peace in the 1990s.

In the novel’s second half, we discover that these narratives are connected not only by the reverberations of history but by a genealogy of mothers and daughters whose lives traverse the paths of these famous men and who cross and re-cross oceans, tangling lines of affiliation and descent. The effect, as one character explains, is “akin to a nest in a tree as seen against a background of high-speed cinematography … the twigs taken from everywhere, bits and pieces, leaves and branches, crossing and criss-crossing, years of time lapse.”

At the heart of McCann’s novel is the desire to receive and transmit these signals from the past, though they risk being stifled by, on the one hand, what Toni Morrison has described as the “unspeakable unspoken” of race in Anglo-American literature and, on the other, the familiar language of colony, nation, and identity that now surrounds this history.1 TransAtlantic’s story begins with a moment of misidentification, when Lily hears Douglass’s story of self-emancipation and decides to make it her own. That Lily is emphatically not the audience to whom Douglass addresses his narrative seems to be the point; as her daughter later writes, “We seldom know what echo our actions will find, but our stories will most certainly outlast us.”

The novel’s title thus refers not merely to the movement of bodies across water, but also to the translations these movements necessarily entail. McCann’s temporal cross-cuttings wring resonances across moments where we might not expect to find them, turning his character’s worlds into the chambers of an instrument that reverberate with echoes of the past. The rumble of a plane makes Alcock and Brown “aware that they could go deaf on the flight and that the roar could lodge itself inside them forever, their bodies carrying it like human gramophones”; later Hannah reports that “there are times I feel I am living inside a percussion instrument.”

Throughout the novel, McCann seems interested in those moments when language can call forth other times and other places than those they strictly name. “It was Debussy,” McCann writes, “who said that the music is what is contained between the notes.” The effect is akin to an incantation, so that when Lily’s daughter traces her finger along the opening words of Douglass’s narrative—“I was born in Tuckahoe”—she finds Lily’s history and her own transmitted there too. In these moments, McCann suggests that the best we can do to make sense of the past is to catch it at odd angles, to listen for the dissonance of unexpected notes sounding against one another, as when a character singing “Rule, Britannia” in “a voice so out of tune it was loaded with whimsy” gives way to the sounds of “the Maple Leaf Rag hammered out on a piano” early in the novel.

McCann’s novel joins recent works that share its interest in probing sound’s relationship to the unspeakable dimensions of transatlantic history. A number of critics have noted the ways in which the sonics of slavery—the minstrel jeer, the slave song, the cracking of the whip—magnify and at times usurp the graphic visual effects that British director Steve McQueen deploys in his film 12 Years a Slave, depicting slavery as an auditory onslaught that refuses the familiar visual terms—of slaveholders’ moral blindness, of the pastoral plantation, and of audiences’ desire simply to look away—that have long defused or denied slavery onscreen.2 By contrast, Tracy Chevalier’s historical novel The Last Runaway suggests that in order to grapple with slavery, the novel must inhabit the silent corners of 19th-century American life.

Like TransAtlantic, The Last Runaway takes as its moment of departure a young woman’s flight across the Atlantic, and, like TransAtlantic, it weaves together a female coming-of-age story with convulsive social unrest. In the case of Chevalier’s novel, that woman is Honor Bright, an English Quaker who has emigrated from Dorset to Ohio a decade before the outbreak of the Civil War. Defined by a Quaker culture where communities gather to wait together in silence at Meeting, Honor attempts to stand still while the world of abolitionists, fugitive slaves, and slavecatchers moves around her. The central drama of the novel revolves around the challenges that the restlessness of a young America and of the fugitive slaves who traverse Ohio on their way to freedom pose to Honor’s accustomed stillness. Chevalier deftly transforms Honor’s silences into a variegated, textured part of the novel’s world:

She simply watched the sun cross the quiet room, catching dust motes kicked up by shifting Friends. She listened to the insects outside, and learned to distinguished between the chirping of the cricket, the sawing of the grasshopper, the ticking of the beetle, and the buzzing of the cicada. … She closed her eyes and breathed in the clover in the field next to the Meeting House, the first crop of hay left drying, the honeysuckle that grew around the door.

Ultimately, however, Honor must decide whether to retreat into silent protest, or to adopt America’s transient ways, even if it means wavering in the principles that define her.

But the novel also creates deeper silences around its enslaved characters. When Honor first encounters a runaway, she finds that “She did not know if he was frightened or angry or resigned. To her he simply looked black.” Though Honor later learns to view fugitives and freedwomen through a fuller prism of humanity, the novel never fully distances itself from her naive perception that its African-American characters serve as reflections of her own hopes. As Honor weighs her responsibilities to her family against her desire to assist fugitive slaves, Mrs. Reed, a former slave and friend to Honor, reassures her, “We got us a long way to go. It surely ain’t somethin’ you need to break your marriage over. That’s jes’ foolishness. Any runaway would tell you that. All they want is the freedom to make the kind of life you got.” Honor’s identification with the runaways she yearns to help risks eliding the physical and psychological brutalities from which these slaves are running and reducing slavery to a metaphor for her personal struggles. In the novel’s concluding pages, violence does finally break out, seemingly promising to shatter the illusion of a slavery without brutality. But even this climactic scene maintains the novel’s focus upon the moral conflict faced by its white characters that threatens to overshadow the slaves whose lives hang in the balance.

“Si vis pacem … para bellum”: if you want peace, prepare for war. In TransAtlantic, Senator Mitchell repeats the phrase to himself as he attempts to create peace from strife armed with nothing more than an “incredible weave of language.” In the same way, McCann ultimately wants to explore the ways the novel can disarm the violence contained within history’s silences. McCann’s characters are powerful speakers, but they also realize that avoiding saying the wrong thing is often as important as saying anything at all. Douglass, who carries a notebook of new words with him, finds that “when he had first found language … it had felt to him like carving open a tree. Now he had to be more careful. He did not want to slip up.” Similarly, McCann’s style of graceful indirection gently guards against presumptions of the kind voiced by an Irish history professor whose “fascination was what he called the literature of the colonial,” but who is “wary of scholars who aligned themselves too closely with what he called the darker edges.” The moment lays bare the novel’s insistence that to understand our own time as much as the past we must continually turn elsewhere, avoiding the explanations offered by the given language of official history or identity politics. In its place, McCann suggests that we learn to listen for the voices that crowd in along the borders, and that we turn ourselves into the instruments through which these voices—at once foreign and familial—continue to resonate. Though it is often quiet, the desire for peace, McCann seems to suggest, can never be satisfied by silence.