Four Ways to Ruin Dante—and One to Save Him
Why would Dante need help? Because if the poet’s only readers are Dante scholars, then we’ll all lose out. Dante deserves better, and so do we. 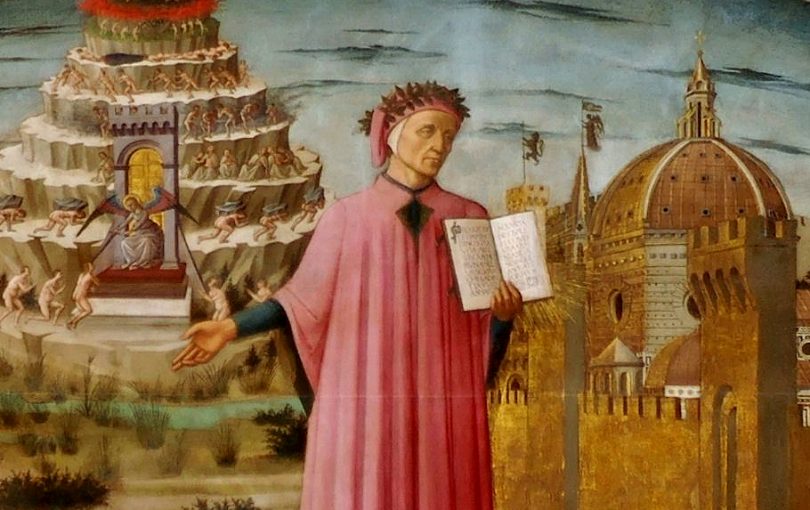 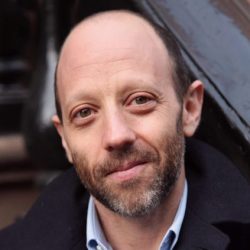 Poor Dante. The pandemic has ruined the seven hundredth anniversary of his death. This year was supposed to be full of celebrations, conferences, exhibits, and publications in his honor. Some of these have been canceled, others postponed, still others demoted to Zoom meetings. While the anniversary is still technically happening, it’s unlikely these events, with a few key exceptions, will generate much excitement in their adapted format.

I feel bad for my colleagues who have spent so much time and energy organizing these events. It is a disappointment for them and for the invited participants. But personally, I have to admit I feel relief. I was dreading a year of official, perfunctory celebrations and bland academic conferences. Although they might not care to admit it, I imagine that many colleagues feel similarly.

Dante Alighieri remains the most influential medieval author in the entire world. The field of Dante studies, on the other hand, is not flourishing. As the editor in chief of the oldest journal dedicated to the study of Dante, I can attest that it is harder and harder to find quality essays. I know that other editors struggle with this same problem.

Out of love for my author and sadness for the state of the field, I offer the following diagnosis of our current ills: four ways to ruin Dante and one way to save him.

1. Dante Is Only for “Dantisti”

This is the most common and tedious assumption that harms the field: if you have not studied Dante for at least a decade, you cannot understand him. Or: since we still know so little about Dante, we need to be cautious before making any claim whatsoever.

But this castrating admonition is simply false. We actually know a great deal about Dante’s texts. Dante’s Commedia is not Finnegans Wake. We more or less understand it. There exist excellent introductions to his work and many comprehensive and accessible commentaries.

True, certain dense passages in certain texts—for example, Convivio, Monarchia, and Paradiso—require intensive study before they can be grasped. But this is true of many premodern works of art and literature, and Dante, even more than most, wrote to persuade. He was not interested in puzzles. There is nothing magical about Dante’s texts that only the initiates can understand.

More than anything else, this is why scholarship and conferences on Dante are so boring. Dante scholars intervene on a series of predetermined questions. They comment on commentary. Successfully intervening in these questions establishes one as a legitimate player in the Dante game, and academic careers depend on playing this game well. But it is intellectually sterile.

This assumption would seem to be less elitist and thus more acceptable than the previous assumption. In actuality, it is more pernicious.

Insisting that Dante’s texts speak directly to the present moment is comforting. But we pay a price for comfort. When we praise Dante’s texts for their recognizable modernity, we flatten them out, depriving them and ourselves of their prickly otherness.

Let me state clearly that I am not against efforts to reach a larger audience, even if that means simplifying Dante’s texts. Never trust an academic who cannot write about their ideas in a lucid, straightforward manner.

The problem is not dissemination to a larger audience, but the means by which this dissemination is achieved: the flawed insistence that Dante is worthy of our attention because he is a harbinger of our modern world.

Indeed, there is something perversely narcissistic about my generation’s need to see ourselves reflected in the texts we study. But why does art need to reflect our politics for us to enjoy it? And why should we assume that our current values are so worthy that they should be celebrated wherever and whenever we may find them?

Instead, properly reading Dante forces readers into an often-exhilarating dialogue between the familiar and the unfamiliar. All students of the poem, regardless of their level, deserve to experience that dialogue.

3. Dante Is a Catholic Poet

It is not news that there is a crisis in the humanities in both Europe and North America. Less well known is how—when secular universities abandon their commitment to literature and the arts—religious institutions have stepped in to fill the gap.

With respect to Dante studies, the University of Notre Dame now financially supports—through doctoral programs, conferences, independent research, and publications—a significant portion of activities devoted to Dante. Notre Dame’s influence is international; they collaborate closely with the universities of Leeds and Warwick in the UK, and with many departments in Italy through the Rome Global Gateway: a restored 16th-century palazzo the university owns in Rome’s Celio neighborhood.

Dante enthusiasts of all creeds should commend the scholars who run these programs for their devotion to the field. For years they have fostered collaboration and intellectual exchange, supported new publications, and mentored younger scholars. They are Dantisti of international reputation who are now training the best scholars of the next generation. I have personally benefitted from their friendship and support and I am professionally in their debt. Most importantly, I never experienced any direct pressure regarding the actual content of my research, much less censorship.

Dante Alighieri remains the most influential medieval author in the entire world. The field of Dante studies, on the other hand, is not flourishing.

And yet, when we consider it as a collective phenomenon, it’s impossible not to notice a downside to the ascendancy of Catholic Dante studies. Dante critics working in this vein have tended to minimize the divisiveness of Dante texts within the Middle Ages. When they do speak of conflict, that conflict is with secularism and modernity, while the Middle Ages remain curiously undifferentiated. Dante’s poetry reflects his times rather than polemically intervening in them.

Whether they are conscious of it or not, scholars who work for (or with) private Catholic institutions extol an ecumenical Dante. Their Dante is generically medieval (i.e., religious) in opposition to a generically modern (i.e., secular) world. Internal tensions in Dante’s poetry are replaced by an overriding contrast between then and now.

If you think I am being unfair, try this experiment for yourself. Survey the conferences, publications, and research groups supported by the “Dante is a Catholic poet” machine, and try to find the word “politics” or “economics.”

4. Dante Is a Monument

This last assumption is the one most directly responsible for this year of celebrations. Dante is now unquestionably official culture. No one is against Dante. No one is offended by him. No one questions his stature.

Everyone, on the contrary, wants a piece of the Dante pie, to profit by association, hoping some of the great poet’s authority will rub off on them. As critics, we no longer offer new, controversial perspectives on his texts, but “scoops.” And these scoops are often revealed to be more self-serving than credible.

In recent years, the “Dante is a monument” mentality has brought us numerous, competing biographies, even though the basics of Dante’s life are already well known. Setting aside their relative value (for the record, I prefer Giorgio Inglese’s slim volume), the phenomenon is telling in itself.

Biography is an often-reactionary genre. You don’t have to love literature to love biography. In fact, scholars offer biography as a salve for the ambiguity of poetry. This is also why publishers love biography—because it sells. Let’s be honest: doctors and lawyers are more likely to have a copy of La vita di Dante on their shelves than the Vita Nova. 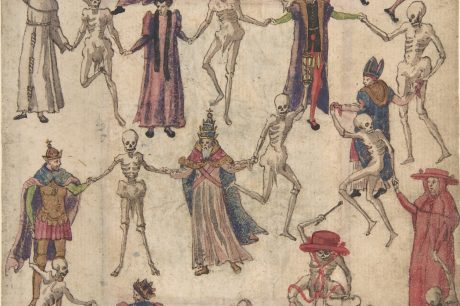 When we treat Dante like another Great Man, like Lincoln or Garibaldi, we dilute what is difficult and challenging in his texts. Take, for example, the so-called rime petrose (stony rhymes), a group of four poems that celebrate Dante’s frustrated love for an unnamed woman, who, in her coldness toward the poet, is like a stone. The Dante industry has tended to overlook these poems, perhaps embarrassed by their overt sexuality and violence. Yet in both their formal brilliance and alarming realism these poems are fundamental for understanding the aesthetics of violence that characterize the Commedia. But what can recent biographies tell us about the rape fantasy that concludes Dante’s stony rhyme “Così nel parlar voglio essere aspro” (So in my speech I want to be harsh)?

Tourists take pictures of the monument to Victor Emmanuel II in Rome because it’s big, white, in the center of town, and, most of all, because everyone else does. I fear many of the events slated for Dante’s anniversary this year will be organized for similar reasons. Because Dante is there. Or, in many cases, because the funding is there.

I have observed from the inside how institutions scramble to find a local angle, some connection to justify a “Dante day.” Some of these initiatives will be more successful than others. But in each case, we have funding seeking ideas instead of ideas seeking funding. Perhaps you can now better understand my qualms about a year of Dante-related events.

How to Save Dante

When I survey old issues of Dante Studies from the last century and compare them to current issues, I encounter one glaring contrast. It is increasingly rare to find scholarly examinations of Dante’s texts by nonspecialists.

I am not talking about amateurish essays resolving some puzzle in the text or psychotic examinations of Dante’s esoterism; we get plenty of those. I am talking about scholars from other disciplines who engage closely with Dante’s actual poetry. True, we publish essays on Dante and Proust by Proust scholars or essays about illustrations of the Commedia by art historians. But I want to read essays on Dante’s texts by smart people who are not professional Dante scholars.

Dante criticism is now split between specialization and dissemination. We either explain Dante to Dante professionals or attempt to make him more palatable for the crowd. It is rare for intellectuals who are not specialists to publish in our journals or attend our conferences. Those who do dare to cross the divide are often excessively reverential. Yet the best work is often done by outsiders.

Of course, I don’t blame my colleagues for not wanting to play with us. If today I were to send the writings of Erich Auerbach, Leo Spitzer, or Ernst Kantorowicz out for double-blind peer review, they would be rejected for failing to engage adequately with the secondary criticism.

So this is my plea to comparativists, historians, art historians, philosophers, poets, novelists, and others who have been influenced by Dante’s complex, difficult works. Send us your essays, come to our conferences, question our assumptions, tear down our monuments, save us from ourselves.

An earlier version of this article appeared in Italian in the L’indice dei libri del mese.