F(r)iction in Translation
This is the latest installment of El Mirador, an ongoing series curated by Francisco Cantú. Spanish for “the lookout point,” El Mirador collects original nonfiction, translation, and visual art on ... 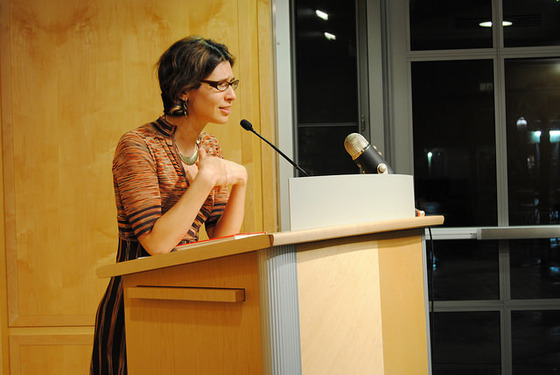 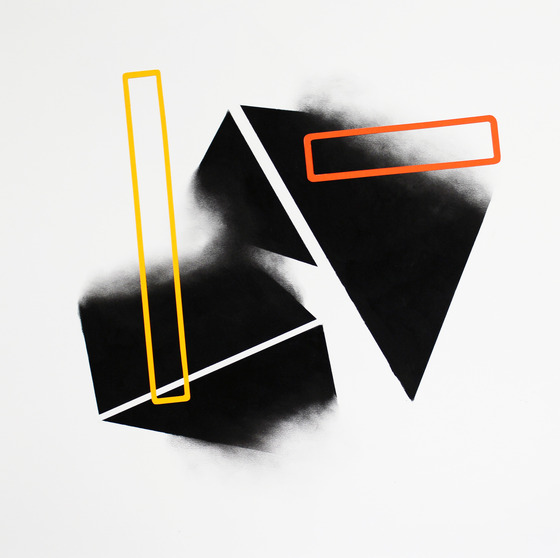 There isn’t, a priori, a kinship between literary thrillers and thrillers about literature. Idra Novey’s debut novel, Ways to Disappear, however, seems to dip into both genres, as well as exploring two narrower niches: thrillers about translation and translational thrillers. Novey’s novel, like translation itself, is about collapsing distance, bringing what is illegible into recognizable form. Novey is the translator of four books from the Portuguese, as well as an award-winning poet, and in her first novel she pens a paean to translation, while also warning of its hazards.

When a famous Brazilian author, Beatriz, climbs into a tree with a suitcase and a cigar—and subsequently disappears—Emma, her young and doting Pittsburgh-based translator, flies south to investigate. What Emma discovers, however, besides the author’s hunky son, is the violence and ineffectiveness of Brazilian justice, as well as her own—the American savior’s—minor relevance. What she does not find is the disappeared author. Ways to Disappear explores this wide spectrum of heuristics: the distance between an author and the world, the divide between the translator and the author.

It is clear from the start Emma doesn’t only want to help find the missing Beatriz; she is also “eager to feel the honeyed lilt of Portuguese in her mouth again,” to listen to “the persimmons and maracujá softening in the kitchen,” and even “to remember that one had a body,” withering as hers was in a stalled relationship and an unpromising career in Pittsburgh. Novey’s lovely, lyrical prose feels like Emma reaching out from behind the role of translator, not only to approximate the literary mind of “her author,” but to take on agency, and authorship, herself.

Novey exhibits a similar reaching beyond in her translation of Paulo Henriques Britto’s poem (from the collection The Clean Shirt of It), “Prior Evening”, where she morphs “A casa sonha. A noite inteira” (literally “The house dreams. The whole night”) into “The house sleeps unabridged.” Novey chooses “unabridged” to follow the rhyme pattern in the original triplet: inteira rhyming with fruteira, or fruit bowl. Cheekily, she rhymes “unabridged” with “fig” in her English rendering. Though there isn’t a note in the original so literary as “unabridged,” as Emma from Ways to Disappear would explain, “For translation to be an art … you have to make the comfortable but necessary transgressions that an artist makes.” The base etymology of transgress isn’t moral, but is simply to step or pass over. Emma makes this sort of transgressive (liberating) leap when she confronts her author’s sinister abductor, as well as when she lets herself fall in love with her author’s son. Is Emma being true to the standard expectations of the translator? Is she being transgressive in the etymological or the religious sense? What is her relation to the “original”? Is she, in part, writing her own original? These are the conundrums of translation itself. Majestically, almost grippingly, Novey remodels these questions into the stuff of thrillers.

But it is not Britto who, for Novey, is “her author” (as Emma claims of Beatriz). Rather, the Brazilian writer who most inspires Ways to Disappear is Clarice Lispector, the famed and beautiful Brazilian who wrote “like the room was on fire” (to steal a phrase Emma uses to describe Beatriz). Novey translated Lispector’s The Passion According to G.H. in 2012, and also wrote a book of epistolary poems, Clarice: The Visitor, dedicated to the author.

In Clarice, Novey addresses Lispector directly: “You worked as a translator, know one has to hang / the missing word / like a hat on a wall without a hook.” For Novey, a translated word doesn’t get lost in “the vapor between languages,” but is transformed, given new form and life—just as Emma is renewed and inspired when she crosses the hemispheric boundary and touches down in Brazil.

In one of the dictionary entries that interrupt the text of Ways to Disappear (Novey repeatedly breaks form and harks to her own work as a poet) she offers us the definition for Between: “used to designate a difference, a setting apart,” as in “between an author and her son,” or between “Rio and the distant Pittsburgh of one’s cats.” The real distance at stake in the novel, however, is between the author (Novey) and the “distant Pittsburgh” of her readers (us). Emma, our translator/heroine, is familiar with the subtleties of distance—“how far to retreat to be respectful yet still present. To remain available yet silent.” What Emma seems to long after in Brazil is a world in which translation is a matter of life or death: as she scans a ransom note threatening her lover, Emma wonders, “if she might be able to come up with a less horrifying version, or could modify it so that it would suggest something slightly different.” If only translation had that power. If only it were as recognized and revered as it was in the Renaissance, when, as Emma describes, “translation was briefly seen as a pursuit as visionary as writing.”

Translation can be visionary, can even be a matter of life or death, as in real world crises. But outside of a few choice examples of translational intrigue (Pasternak’s Dr. Zhivago first appeared in Italian, and future translations and distribution of the original were partially funded by the CIA) literary translation isn’t typically quite so exciting, or even merely vital. Which may be why Emma, and maybe even Novey, seems to long for a more proximal relationship to the reader, and to the world. The Brazil Emma finds isn’t an anodyne or exotic place of fruit hats, samba, or seductive danger; it is, like everywhere, complicated, often arrhythmic, and sometimes actually dangerous.

Through Emma, Novey confronts all the critiques and myths of the translator, dispelling them one by one, pulling the translator away from the desk and into the flame of not only Brazil—a steamy love affair, shadowy figures, and back-alley gunfights (sort of)—but of authorship. The translator stands up from her desk and hits the streets not just for research, or to ogle “the melon color of her author’s bathrobe,” but to start shaping her own character(s). She leaves behind her life as an adjunct in the slushy rust belt (where she shares a desk with two other adjuncts, one of whom “lived on Doritos and left neon-orange fingerprints on her Post-its”) for a new agency, a new voice.

The triumph of Ways to Disappear, fortunately, is not only in the translator-become-author story, where Emma finds that “there was no reason to believe that her fingers couldn’t comply with a similar kind of magic if the words she was typing up happened to be her own.” It is also in the argument Novey makes for the importance of literature itself: “It was only about the sentences, her breath matching the give-and-take of the cadence, the rhythm filling her chest.” Novey explores the meaningful (and dangerous) portent of this kind of literary intimacy: the disappeared author’s daughter risks “that some book might obliterate her carefully constructed sense of who she was.”

Novey writes about her own (not quite obliterating, but certainly affecting) experience translating Lispector’s The Passion According to G.H. in a preface to her book of poems Clarice: “The intensity of what you’re translating leaves you so stunned alive you stand in your kitchen and can’t make dinner.” This is another moment of Novey approximating Lispector, who’s novel G.H. is about a woman stunned still by the mystic intensity she witnesses in the oozing guts of a cockroach she kills (most of the novel is spent staring at the dead roach). This immobility in G.H. is juxtaposed by the fluidity of its text: despite being spiritually abstract (“The vital node vibrates at the vibration of my arrival”) the strangeness and the clarity moves the reader rapidly along. Novey’s Ways to Disappear doesn’t descend into the same level of abstraction, but her novel faces similar existential interruptions, as when Emma is lured into a back alley and hears:

Novey’s prose delightfully topples, with the weight of the violent subject matter, into lineated poetic form.

In short, sometimes lyrical, form-breaking chapters, Ways to Disappear goes from translator story to adventure story to allegorical tale-spinning. (As Emma dips into the “disappeared” novelist’s oeuvre, we encounter some hilariously good moments of micro-fiction. Five brothers, none of whom can remember each others’ names, and who all come to be called Bruno, fight for their identity with “the terrifying conviction of lost men: But I’m Bruno.”) These detours, as well as the Bolañoesque off-stage author taking on celebrity significance (as in 2666’s Archimboldi) show that Novey’s capacious skills go far beyond translating. She is both a moving poet and a successful novelist.

I imagine that whoever is currently translating Ways to Disappear into Portuguese, or into any other language, might be similarly “stunned alive” by Novey’s prose.