Future Shocks
“The future’s not what it used to be,” sings Mickey Newbury in his 1971 hit of the same name. His song frames this witticism in romantically personal terms, but the insight has broad applicability ... 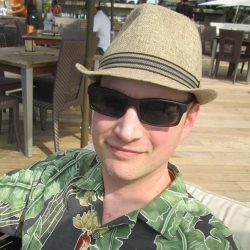 “The future’s not what it used to be,” sings Mickey Newbury in his 1971 hit of the same name. His song frames this witticism in romantically personal terms, but the insight has broad applicability, even if Newbury’s lyrics no longer appeal. According to the historian Reinhart Koselleck, “the future” became a topic for serious thought and debate only in the 18th century; for most of recorded history, the ubiquitous authority of traditional religious belief restricted futuristic thinking either to the afterlife or to Revelations and the end of days.

With the Enlightenment, however, came a newfound faith in human progress and development, which in turn led to a new sense of the future as radically open to human intervention. The French Revolutionaries, Koselleck points out, were so excited about the future that they started a new calendar to mark the emergence of a new epoch.

Today, the future looks bleak. Most of us are aware of the range of possible catastrophes that threaten our species and planet, but we tend to lump them into vague, broad threats—nuclear war, global warming—and then do our best to forget about them. In good capitalist fashion, moreover, we outsource planning for these apocalyptic scenarios to professionals, whom we pay to think about them in the kind of horrifyingly precise detail we can’t or don’t want to entertain.

As Warren Ellis lays out in his compact new novel, Normal, there are two main classes of futurists. “Foresight strategists,” who work mostly for nonprofits, universities, and civilian government agencies, try to detect future threats so that they can be avoided or mitigated. “Strategic forecasters,” by contrast, do similar work but for corporations, global security groups, and spy agencies looking to capitalize—often quite literally—on those same threats. Ellis’s protagonist, Adam Dearden, is unusual in that he has worked both sides of this public/private divide. He is all too typical, however, in having fallen prey to what Ellis, riffing on Nietzsche, calls “abyss gaze”: stare into the abyss of the future too long and it will stare back into you.

The “abyss gaze”: stare into the abyss of the future too long and it will stare back into you.

As the novel opens, a heavily sedated Dearden is being transported to Normal Head, a top-secret recuperation facility for distraught futurists. Here, he meets a cast of inmates and facility employees, each with his or her own skill set and related cognitive trauma, including a friendly but fragile “field economist” named Clough, and a would-be monarch, Colegrave, who has concluded that humanity’s best chance for survival lies in returning to feudalism.

In between bouts of post-existentialist nausea, Dearden soon becomes enmeshed in a mystery involving a patient who vanishes from his locked room, leaving behind only a swarm of insects. Perhaps not surprisingly, the eventual solution to this mystery—which sees Dearden convince patients from both sides of the futurist profession to work together—dovetails with his coming to terms with the origins of the breakdown that got him shipped to Normal Head in the first place.

To say anything more about the plot of this fast-paced novel, however, would be to give too much away—a fact that speaks directly to its weaknesses as well as its strengths. Ellis’s background is in graphic novels, which may help explain both his strong grasp of narrative propulsion and his seeming impatience with description or even exposition (which in graphic novels are often rendered by the illustrations). His characters, with the possible exception of Dearden, also tend toward one-dimensionality: dominated by single psychological traits (megalomania, for example, or anxiety), they tend to spout trenchant, gloriously profane monologues on a variety of fascinating, nightmarish, prognosticative topics. Here, for instance, is one futurist on the horrors of her last gig:

I got sent to New York. Fucking New York. They pump more than thirteen million gallons of water out of New York every day just to keep the fucking subway running. So that people can perform ten thousand felonies a year on it. And that’s the small number. New York needs to pump another two hundred million gallons of water out of four thousand five hundred acres of city every single day to stop the city from drowning in its own piss and bathwater and the sea creeping up to grab at the ankles of the two million people south of Seventy-First Street. That is one system. Only one. And just in Manhattan.

In this vein, every chapter has a character who, upon meeting Dearden, delivers a diatribe geared to their expertise (finance, algorithms, biochemistry, evolutionary theory) and packed with alarming statistics regarding the fragility or unsustainability of a particular infrastructure, ecosystem, or sociopolitical arrangement. The fact that they’re all delivered in street-smart language and with a devil-may-care attitude will either energize or demoralize you, depending on your view of such things.

There is, of course, a well-known tradition of speculative, conspiracy-oriented fiction against and through which Normal clearly asks to be read. With a bit of paranoid noir fiction here, a spot of hyper-capitalist cautionary tale there, and a dose of “the only sane person in the madhouse” to add spice to his recipe, Ellis knows (and likely knows his readers know) that he’s mining a vein already well explored, if not quite exhausted, by such luminaries as Atwood, Dick, Gibson, Kesey, and Pynchon. The vivid scenarios of civilizational collapse regularly spun by his characters, moreover, allow us all the pleasures of “disaster porn” so prevalent in today’s movies and TV shows, but in miniaturized, safely contained forms.

Ellis is clearly a smart, plugged-in, creative thinker. When not producing novels, graphic and otherwise, he can be found giving occasional talks on various hip subjects, recently collected in an affordable ebook, Cunning Plans (2015). All of that intelligence is on display in Normal, accompanied by a bracing sense of humor and a knack for witty, knowing dialogue. But the novel’s pervasive glibness, from the not-too-subtle pun of its title to the blink-and-you’ll-miss-it ending, proves wearisome despite its brevity.

What is being tacitly acknowledged here, it seems, is that most readers have a nearly unlimited choice of other media from which to receive the blend of entertainment, enlightenment, and escapism that speculative fiction has traditionally provided. But if Ellis doesn’t trust the traditional novel form to deliver this any longer, then why should readers put our trust in him as a novelist? For all its knowingness, Normal leaves this question largely unanswered. 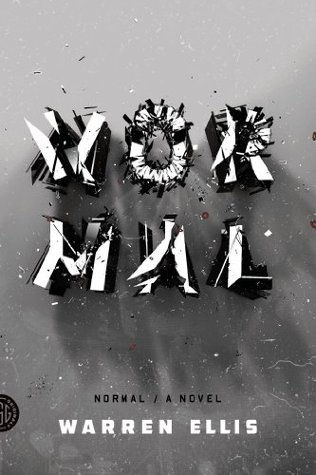