Gallantry, Ishiguro-Style
Quaintness is history defanged, a past we render harmless by declaring it naive. It’s a form of retrospection somewhere between a sneer in the rearview mirror and longing’s backward glance, one ... 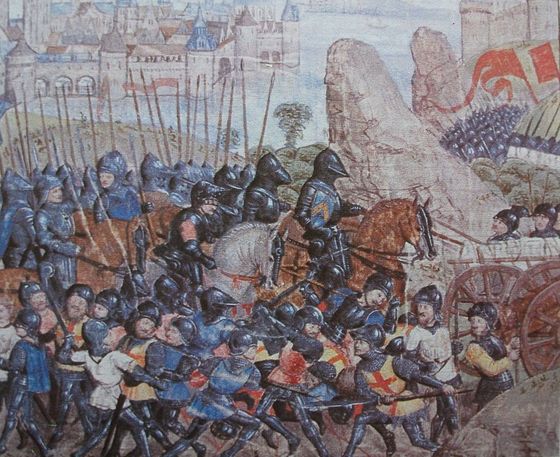 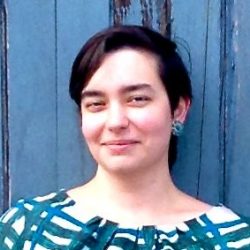 Quaintness is history defanged, a past we render harmless by declaring it naive. It’s a form of retrospection somewhere between a sneer in the rearview mirror and longing’s backward glance, one modernity reserves for the ideals—and idealists—of a bygone age.

Arthurian England has often received this aesthetic markdown on last season’s ethical attire. It’s an era whose values we take at their word: the round table’s knights inhabit an imagined past whose cut-and-dried moral quandaries the chivalric code suffices to resolve. John Steinbeck, in an introduction to his late-career adaptation of Le Morte D’Arthur, credits Malory with molding “my sense of right and wrong, my feeling of noblesse oblige, and any thought I may have against the oppressor and for the oppressed.” In its pages, we encounter “all the vices that ever were—and courage and sadness and frustration, but particularly gallantry—perhaps the only single quality of man that the West has invented.”1

Invented indeed. The ogres and enchantments of The Buried Giant, Kazuo Ishiguro’s most recent tragedy of manners, have occasioned energetic debate about the novel’s status—and merit—as speculative fiction, dividing critics far more starkly than Never Let Me Go (2005), his superb and wrenching foray into dystopian literature. Despite its fantastical trappings, however, The Buried Giant concerns itself less with Arthurian myths than Arthurian mythmaking—with historiography, in other words.

Ishiguro’s latest is a victor’s history book, one in which erasure and amnesia trump more traditional triumph narratives. Its action opens on a village whose memories “had somehow faded into a mist as dense as that which hung over the marshes. It simply did not occur to these villagers to think about the past—even the recent one.” The narrative attention comes to rest on an elderly couple, Axl and Beatrice, living at the settlement’s periphery and beset, like their neighbors, by this curious forgetfulness. Prompted in part by rumors of a mysterious island to which proofs of superior devotion may procure passage, they set out to rejoin their estranged son and recover their shared recollections.

En route, the pair encounters two Saxons—Wistan, a warrior of some renown, and Edwin, a precocious outcast—as well as Sir Gawain, a relic of Arthur’s court. Age has nudged Gawain toward the quixotic: “dressed in rusted chainmail and mounted on a weary steed,” he meanders over the countryside performing minor chivalric deeds and eulogizing his fallen king. Like Stevens, the reticent butler who narrates The Remains of the Day, Gawain acts as a posthumous propagandist for the lord he has served, “a commander as merciful as he was gallant.”

Who is the gallant’s opposite—mercenary, tactician, sharp? Ishiguro treats the Pax Arthuriana as a truce not won but brokered, bought. The calculation by which this Arthur secures “peace for our time,” a fragile reconciliation between Britons and Saxons, transforms the storybook king into a chillingly modern moral agent. He resembles a shrewder Lord Darlington, the well-intentioned but ingenuous aristocrat who promotes appeasement talks with Nazi officials in Remains. To devotees of the author’s earlier work, it will come as no shock that The Buried Giant unearths what’s interred. England may appear “a pleasant copse in the springtime,” but “dig its soil, and not far beneath the daisies and buttercups come the dead.” Peace prevails at the cost of memory, and vice versa.

Of the giants—both literal and figurative—that populate this novel, Arthur may be the colossus who casts the longest shadow. Gawain insists that “a great king, like God himself, must perform deeds mortals flinch from!” He echoes—indeed, endorses—Stevens’s conviction that “the likes of you and I will never be in a position to comprehend the great affairs of today’s world.” In lieu of the political influence that rulers and statesmen wield, we would do better to “put our trust in an employer we judge to be wise and honourable, and to devote our energies to serving him to the best of our ability.” The ethical delegation this form of feudal logic invites has its most profound repercussions for those whom—like Beatrice and Axl—it divests of agency.

Who is the gallant’s opposite—mercenary, tactician, sharp?

Ishiguro’s style attracts adjectives in un- and under-: unassuming, understated, unadorned. In his previous novels, a bulwark of verbal taboos held horror and heartbreak at bay, and climax took direct, declarative form. This narrative politesse allows his most memorable protagonists—Kathy H. in Never Let Me Go, Stevens in Remains, Ryder in The Unconsoled—to unspool details with the elegance and restraint of a hesitation waltz.

The Buried Giant adheres to a similar structural arc of reserve and revelation, but its modes of storytelling are multiple, hybrid. An unnamed narrator makes his presence felt in the opening pages before receding from view; Axl’s third-person perspective governs most chapters, with a handful told through other characters’ eyes. Ultimately, this narrative assortment represents a far more striking departure from the author’s oeuvre than The Buried Giant’s much-discussed generic conceit. If this novel deals less devastating blows than Ishiguro has trained us to expect, the fault lies with the absence of a protagonist’s “I,” and the loss of the razor-edged ironies, the measured, meticulous parceling of knowledge, to which that technique has allowed him such searing access in the past.

“Occasionally on a moonlit night or when a storm’s ready to break,” the novel’s enigmatic boatman says of the Avalon-like island to which he ferries a fortunate few, one “may sense the presence of his fellow inhabitants. But most days, for each traveller, it’s as though he’s the island’s only resident.” You could say the same of The Buried Giant: readers may catch glimpses of Mary Stewart and T. H. White, or sense, at moments, Tolkien’s ghostly tread. For the most part, though, it’s Ishiguro country we amble through, and the pleasures of this novel, like those that preceded it, lie in the precision with which its author scrapes the gilt from his latest golden age.