George Eliot, the Radical
Readers unfamiliar with the life story of Victorian novelist George Eliot might find Dinitia Smith’s historical novel The Honeymoon startling. Did the author of Middlemarch, born in 1819 to a land ... 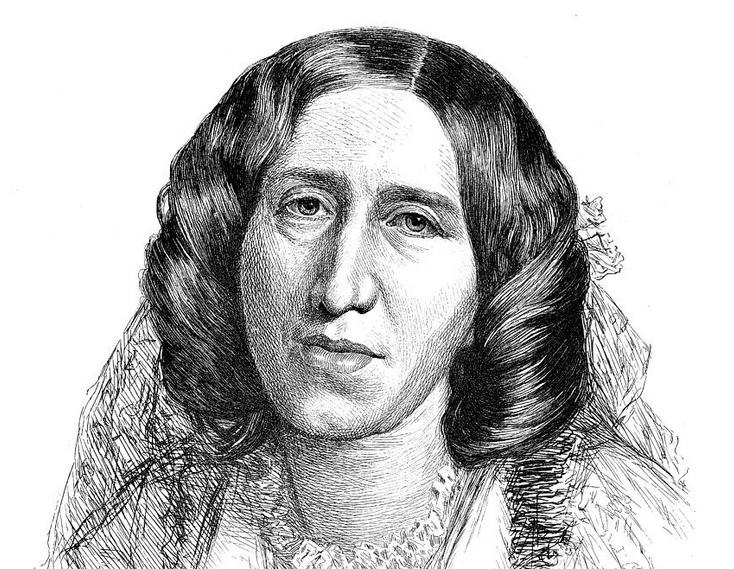 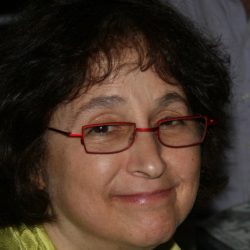 Readers unfamiliar with the life story of Victorian novelist George Eliot might find Dinitia Smith’s historical novel The Honeymoon startling. Did the author of Middlemarch, born in 1819 to a land agent and his wife from the English countryside, really refuse to attend church at age 22, and, even more boldly, move to London alone and pursue a career as an editor and reviewer, as well as publish several acclaimed novels? Is it true that she lived for over two decades with radical writer George Henry Lewes, a man legally married to someone else? Did she use her earnings to financially support her partner’s offspring and supply funds to his legal wife, who also had other children with another man? And did a 60-year-old Eliot, soon after Lewes died in 1878, marry a man 20 years her junior? Historical fiction today often endows female characters with grander ambitions and achievements than actual women of the day enjoyed, but in Eliot’s case, her reality outstrips our imagination.

The details of Eliot’s story remain unfamiliar to many, although several books inspired by it have appeared in recent years. Rebecca Mead’s bibliomemoir, My Life in Middlemarch (2014), drew an eager audience for her account of her lived relationship to Eliot’s most celebrated novel as well as to the life of its author. As I began The Honeymoon, I discovered Patricia Duncker’s Sophie and the Sibyl, another novel based on an event in Eliot’s life. Duncker focuses on the trip Eliot and Lewes took to Berlin in autumn 1872 to confer with their German publishers, whose surname is also (coincidentally) “Duncker.” For her part, Smith recreates the wedding journey Eliot and her much younger husband, John Cross, made to Venice in May 1880, filling in the historical gaps about why, one night, Cross plunged from the honeymooners’ hotel suite into the Grand Canal.

The bulk of Sophie and the Sibyl concerns two German characters, the Countess Sophie van Hahn and her suitor Max Duncker, younger brother of the head of the Berlin publishing firm. Sophie and Max share a passion for Eliot’s works and fall into a romance mediated by the famous English author, whom they refer to as “the Sibyl.” Sophie and the Sibyl is a neo-Victorian comedy of manners with invented characters whose sources are equal parts historical and fictional, including characters Duncker borrows from Daniel Deronda (1876), the novel the real George Eliot began in 1872, following her German trip. Sophie emerges as a feminist German version of Gwendolen Harleth, the headstrong young heroine of Daniel Deronda. Sophie loves horses and gambles to buy more horses; she is also the consummate fan reader, initially dazzled, then disillusioned when she finds that Eliot has inserted her into the opening scene of Daniel Deronda as Gwendolen at the gaming table.

The key difference between these novels revolves around their treatment of Eliot. Duncker’s narrator keeps an ironic distance from her; Smith adopts her point of view and narrates her thoughts, depicted as often fretful and anxious, even melodramatic. In The Honeymoon, after Cross is rescued from the canal, the distraught Marian (as Eliot, born Mary-Anne Evans, was often known) wonders, “Was it possible for a heart to be broken so totally, more than once in a single life?” Duncker, by contrast, never provides access to the Sibyl’s internal monologue, although she gives her some dialogue that displays her formidable intellect. Gazing at a statue of an ancient poet, the Sibyl points to its inscription and completes the verse, first in Latin, then in English, and explains to Max that “Those are the first three words of the second book of Lucretius’s De rerum natura.” At the end of the novel, Duncker brings in another historical character from Eliot’s life, labor activist and feminist historian Edith Simcox (1844–1901), whose private diary recorded her obsession with Eliot. Simcox visits her beloved author hours before the latter’s death, after which she records and Duncker quotes: “I was too shy to ask for any special greeting—only kissed her again and again as she sat.”

In George Eliot’s case, the real-life story outstrips our imagination.

Both novels explore Marian Evans’s “craving for admiration and praise,” viewed as one of her “little weaknesses” in Sophie and the Sibyl, and as the key to the author’s personality in The Honeymoon. Smith’s young Marian understands early on that “she was too plain and awkward ever to marry. No man would ever want her,” and Smith presents that belief as feeding Marian’s need for sometimes dubious sexual attentions, even ones that seem akin to rape, from the older and married men Charles Bray, Robert Brabant, and John Chapman. Duncker’s epilogue applies Eliot’s opening question from Daniel Deronda—“Was she beautiful, or not beautiful?”—first to Sophie, and then to the Sibyl herself. Duncker attacks this line as “the first question a man asks of a woman” and laments that “George Eliot is still famous for being hideous.”

Although Smith presents Marian as taking herself too seriously, her own novel adopts a consistently earnest tone. Duncker’s Sibyl and her entourage make for a more amusing read, accessible to the layperson but also well stocked, to the delight of knowledgeable readers, with unacknowledged quotations from Eliot’s fiction. At times, Duncker’s novel verges on postmodern metafiction, archly self-conscious about its own telling. The author Patricia Duncker appears, for example, to be part of the story she is telling about the Duncker brothers who published Eliot, although in fact Duncker is not related to them. Duncker’s 21st-century narrator takes these postmodern reflections further by breaking the frame to compare her novel to John Fowles’s The French Lieutenant’s Woman (1969), with its frequent commentaries on the Victorian past it narrates and the three different endings it provides to the story of a mysterious, unconventional Englishwoman and the man obsessed with her. Duncker sees Fowles as unfairly attacking the Victorians as sexually confused hypocrites, who punish his title character for the slightest hint of desire.

By contrast, Duncker’s Sophie enjoys her appetites, Max has encounters with both female and male prostitutes and proposes to his Sibyl (who reminds him that she considers herself married to Lewes), and Simcox conveys her abiding love “for her darling, the woman she never ceased to love.” Duncker is mindful that her view may continue to strain the credulity of readers who remain attached to the idea that Victorians were far more sexually repressed than we are: “We have had to wait a hundred years for all the lesbian attachments to be revealed, and even now I’ll be accused of tendentious anachronism for even mentioning that fatal word, and for suggesting that the great writer herself harboured Sapphic sentiments.” 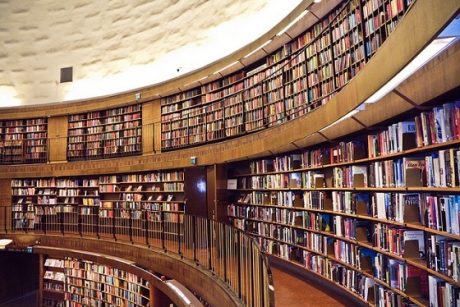 For Smith, the titular honeymoon in Venice comes with a tacit agreement of no conjugal relations. But Marian still holds out hope: “Would he keep his end of the bargain? Or, now that they were actually married, would he beg her to break it? Overcome by his eagerness, would she give in? To be held and touched and know those sensations again that had gone from her since George become ill … If he knew what was in her mind, what would he think of her?” Duncker handles all this from the opposite side, given the inscrutable nature of her Sibyl. Nothing conclusive emerges about why Cross jumped into the canal in Duncker’s version, raising these questions: “Had the lascivious demands of the elderly widow simply exhausted the younger man? Had the very suggestion that he should enjoy the body of a woman old enough to be his mother rushed him to the edge of the balcony? Did he prefer boys? I’m told Venice is the right place for that. Was there madness in the family? … Who knows the truth, especially when it is disagreeable and embarrassing for all concerned?”

Novels about celebrated writers constitute a multi-flavored subgenre. Margaret Forster’s Lady’s Maid (1990) imagined the special intimacy between a Victorian poet and the servant devoted to her needs. Forster’s version of Elizabeth Barrett Browning may not always inspire readers with affection for her, with class divisions defining the tie between the author and her servant, Elizabeth Wilson, but the novel presents their relationship as both weird and compelling. Colm Toibin’s The Master (2004) sought to recreate the mind of Henry James using its subject’s style, famously focused on his character’s consciousness, to capture the quality of James’s own literary intellect, imagining the mind of a literary master through that master’s own verbal toolkit.

Smith invents little except for the thoughts she attributes to Marian Evans Cross and some details about what happened during that fateful honeymoon in Venice. Duncker invents a great deal, although to appreciate fully her romp one needs to be well acquainted with Eliot’s life and work. Both novels are about infatuations with George Eliot, and as such capture in different ways our desire as contemporaries to get closer to the author and to her world. As Sophie writes to her Sibyl: “I cannot know who you really are, and yet I feel that I do.” And so we have these two latest George Eliots. There are plenty more.

Feature image: George Eliot. Detail of an etching by Paul-Adolphe Rajon after a 1865 chalk drawing by Frederick William Burton. 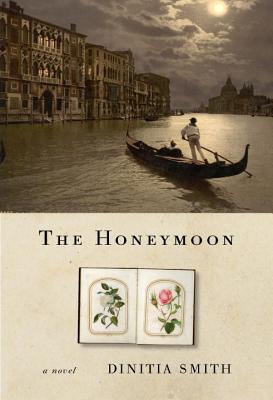 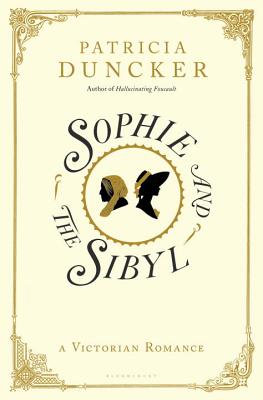 Sophie and the Sibyl